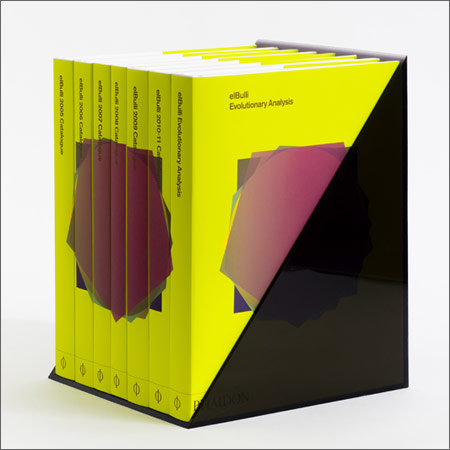 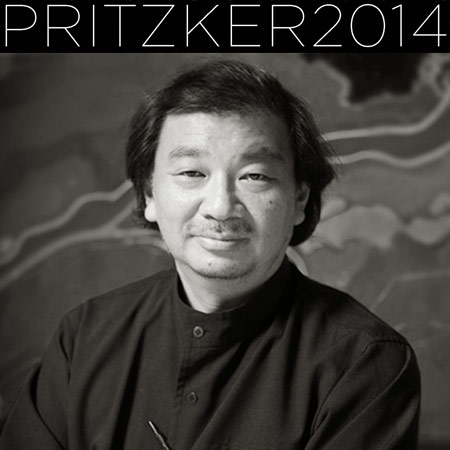 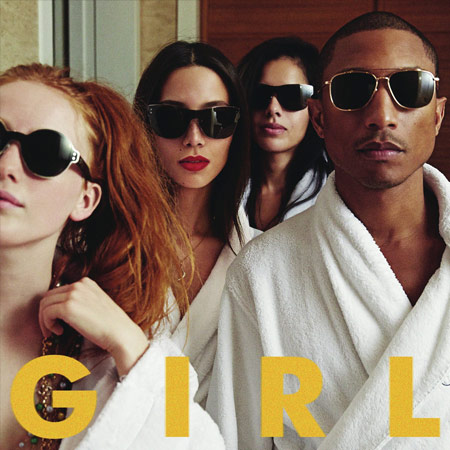 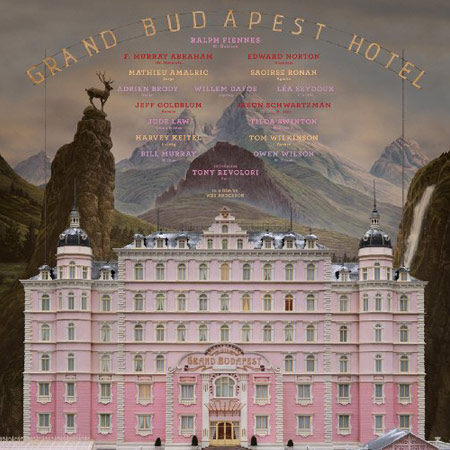 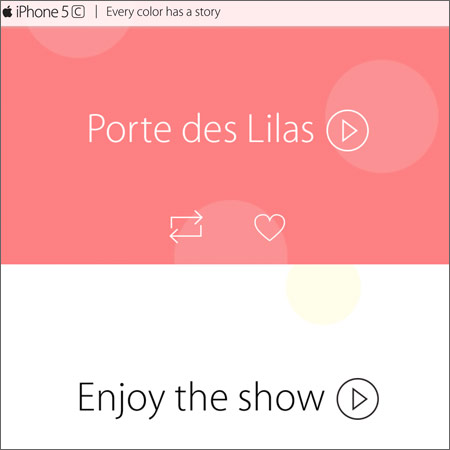 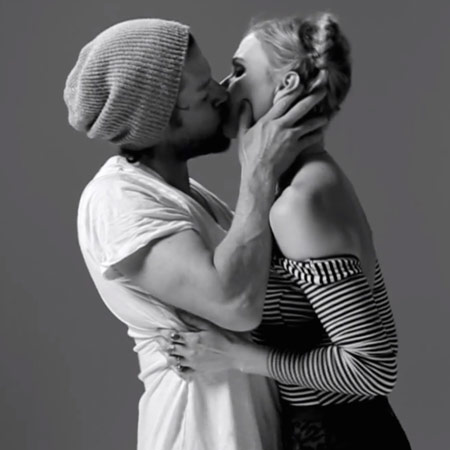 First Kiss video by Tatia Pilieva for Wren – United States
Wren is a clothing brand founded in Los Angeles in 2007 by Melissa Coker. For the launch of the 2014 autumn collection, Coker asked the filmmaker Tatia Pilieva to make a video, which instantly became viral, in just two days reaching 25 million views on YouTube. The video, entitled “First Kiss”, is the filming of 20 strangers kissing for the first time. “We make these movies every fashion season – says Melissa Coker – I try to make interesting videos that exist as a movie and not as a commercial. And it seems that this touches people, not only those related to fashion, but even random people that are not necessarily related to the sector”. The debate around the video became particularly heated all over the world: in fact, many people thought that it was a purely artistic piece, since it was published on Tatia Pilieva’s YouTube channel, not on Wren’s. When it became clear that it was an advertising video, Wren was accused to have not explained immediately the true nature of the video itself. 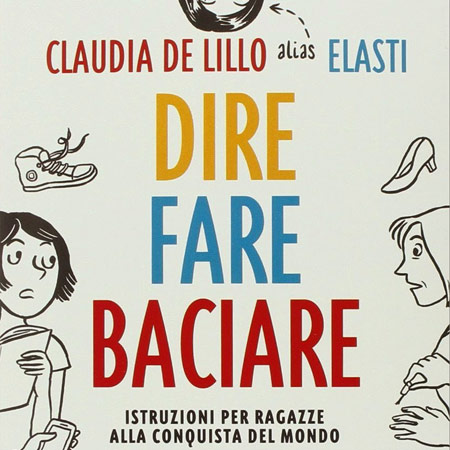 Dire fare baciare (To say, to do, to kiss) book by Claudia de Lillo – Italy
The writer Claudia de Lillo, alias Elasti, is the mom blogger of nonsolomamma. This book talks about the world of the female teenagers, the “Little women of the Facebook generation.” A part of the profits from the book will be donated to AMREF, an association that takes care of the health and social development in Africa. The author gives an overview of today’s teens through 40 interviews to Italian girls. What emerges is a complex portrait of today’s situation. They are attracted both by the pervasiveness of technology and the social networks on a daily basis for their social activities, such as the exchange of homework, and their dreams for tomorrow. The teens appear to be concrete and searching for a balance with their body. They are very far away from some harmful male aggressiveness. As the author says, this is a book “for daughters, but also for mothers and for some aunt”… perhaps even for men. 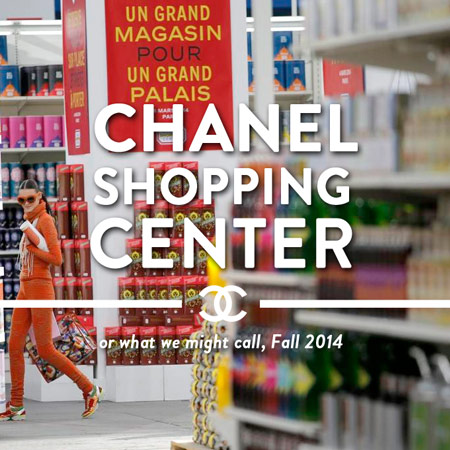 Chanel Shopping Center – Paris
On the occasion of the presentation of the Chanel collection Fall/Winter 2014 2015, Karl Lagerfeld developed and proposed a very special fashion show/event. The Grand Palais in Paris, decorated and transformed into a really chic shopping center, hosted Models-housewives instead of parading elegantly moving between lanes, by shopping carts with specially designed and decorated in a style Chanel. Karl Lagerfeld and Chanel, with great irony, proposed a universe of consumer products, all branded Chanel, in which every detail was a surprise and a cross-reference the heritage of the Maison: from The Little Black Tea, eggs noeuf The de Chanel, olive oil, engraved with the portrait of Mademoiselle Coco to the cereals. 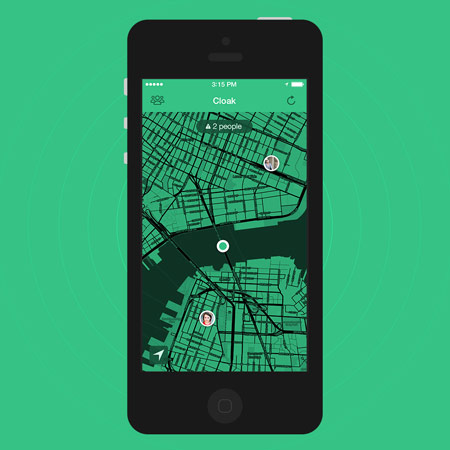 Cloak, the “anti-social” app
Cloak is the latest in the recent trend of so-called “anti-social” apps. While most social networks aim to connect people, this new service seeks to do the opposite. Cloak works by pulling in geo-data from people’s Instagram and Foursquare accounts, pinning friends down to whichever street they’re posting from and thereby enabling the user avoiding them. Users can choose to receive an alert when certain people are believed to be nearby. Cloak describes itself as a method to “avoid exes, co-workers, that guy who likes to stop and chat – anyone you’d rather not run into”. Who uses this app can also add a “flag” to the name of a specific person: the app at this point automatically signals when the individuals in question are approaching. 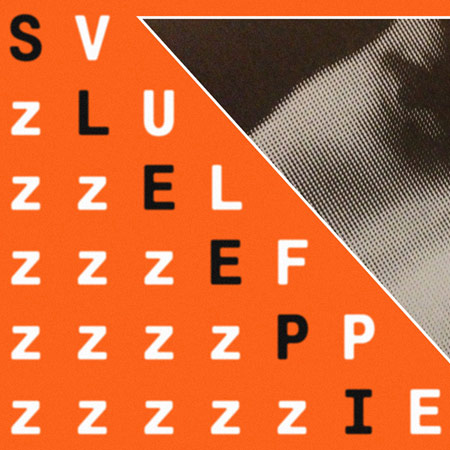 Sleepify silent album by Vulfpeck on Spotify
According to Rolling Stone music “the most brilliant album available on Spotify may be Vulfpeck’s new Sleepify, 10 tracks containing 30 seconds of silence apiece”. The rock band has released a 376 seconds silent album in the Spotify library asking fans to play it in order to collect enough money to cover ticket prices of a free fall tour. Every play of a full song earns around half a cent of a dollar and every all-night play of the entire album, it earns the band 4 dollars. The original idea of get listeners to stream silence while they sleep, with tracks title “Z”, “Zz”, “Zzz”… have raised more than one million in days, challenging the nature of the music streaming and royalty-payment system. 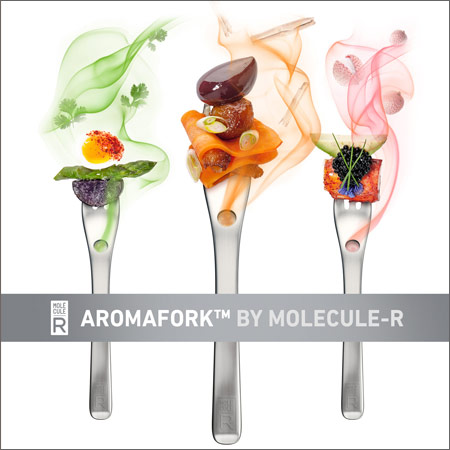 Aromafork by Molecule-R – Canada
Aromafork is an improved fork, designed to amplify the sensory enjoyment at the moment of eating food. It works through a small interchangeable blotting paper’s pad located under the cutlery which, soaked in volatile essence, releases the fragrance, thus creating original combinations between the olfactory stimulus and the flavour of the food. Designed and unveiled by the Montreal-based company Molecule-R, whose intent is to make molecular gastronomy accessible to everyone, Aromafork will be on sale from June in the form of a complete kit, containing 1 multi-sensory evening program, 4 equipped Aromaforks, and 21 selected aromas sorted among fruits, seeds, herbs, nuts, spices and “umami”. 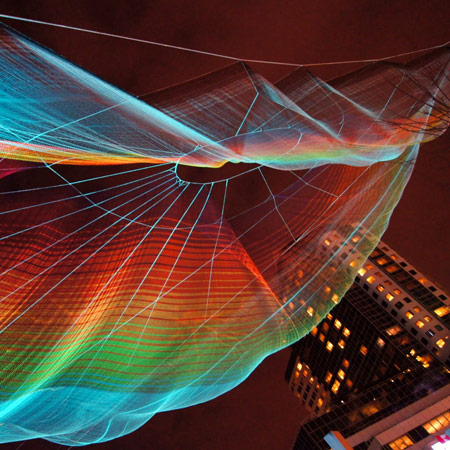 Skies Painted with Unnumbered Sparks – Community artwork by Janet Echelman & Aaron Koblin – Vancouver
The artist Janet Echelman, who creates monumental net sculptures, just unfurled Skies Painted with Unnumbered Sparks, her largest piece yet for the 30th TED conference in Vancouver. With data artist Aaron Koblin the creative director of Google’s Data Arts Team, Echelman went interactive, enabling visitors to this nearly 750-wide floating cloud to interact using their smartphones. Amazingly, the pulsing lights on the sculpture are made possible by embedded technology. Echelman’s incredible piece not only showcases the fusion of art and technology, but also shows how public art can have a social purpose, sparking the interest of and bringing together people in a community. Unnumbered Sparks is on show in Vancouver and then it will begin traveling to other cities around the world. 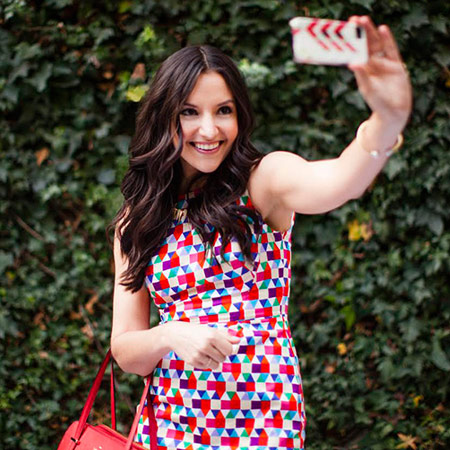 Next OOTD projects launched by Zappos
Zappos Labs – the San Francisco-based experimentation and innovation arm of e-commerce site Zappos – has launched a pilot project on the platform called Next OOTD. Very simply, Instagram followers are invited to post a selfie along with the hashtag #nextootd. Those who do will receive a personalized shopping recommendation based on their Instagram from Zappos in return. This entire process is completely personalized, so tips will be sent out based on one’s style preferences and previous posts. Fashion recommendations come from a number of different sources, including friends, family and especially social media sites. There are around 23 million images or selfies that are tagged by users as their #OOTD (outfit of the day) on Instagram, and Zappos is tapping into the potential of Instagram by planning on sending recommendations to users who frequently take photos of themselves with the hashtag #OOTD. 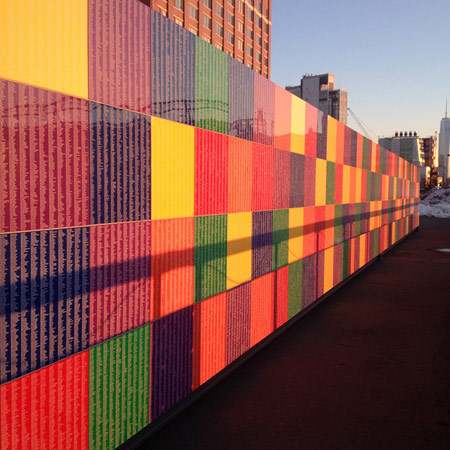 Artists Monument by Tonty Tasset – Whitney Biennal 2014 – New York
For the 2014 Whitney Biennial, artist Tony Tasset has chosen to take his work outside of the Museum’s galleries The multi-coloured acrylic panels that adorn Tasset’s Artists Monument are etched with the names of 392,486 modern and contemporary artists, ranging from Pablo Picasso and Andy Warhol to emerging artists with a single exhibition to their credit. By building this monument, with the artists’ names listed alphabetically and the colors arranged randomly, Tasset symbolically flattens the hierarchies that exist between lauded and unknown artists and instead celebrates the entire community. Artists Monument is in part a playful response to the perceived exclusivity of art world exhibitions such as the Whitney Biennial. 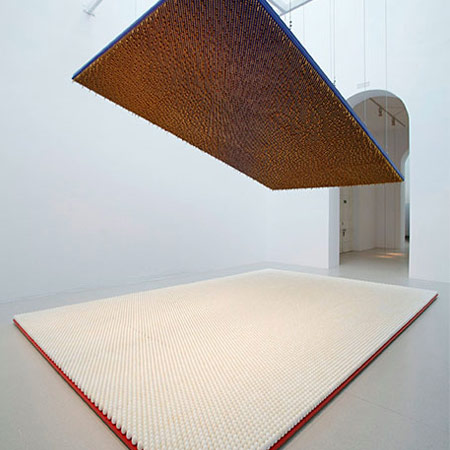 Cildo Meireles. Installations exhibit – Hangar Bicocca – Milano
Cildo Meireles. Installations, at the Hangar Bicocca in Milan, is devoted to one of the most important and best-known post-war artists. Curated by Vicente Todolí, the exhibition includes 12 of the artist’s most important installations, made from 1970 to the present day, and is co-produced with the Museo Nacional Centro de Arte Reina Sofía (Madrid) and the Museu de Arte Contemporânea de Serralves (Porto). Back in the 1960s, Meireles was one of the first to experiment with multi-sensory immersive installations that required the full involvement of the public. His works address social and cultural issues, revealing their full meaning only when they are walked through, involving not just sight but also hearing, touch, smell and even taste. The exhibition winds its way through a disorienting itinerary, with both monumental and minuscule works that capture the viewer partly through the artist’s indistinct use of materials.