No One’s World by Charles A. Kupchan

Encyclopaedia Britannica is to stop publishing its print edition – London 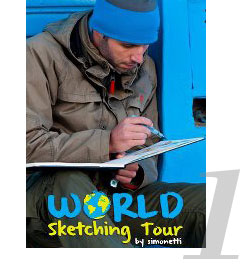 World Sketching Tour by Luís Ricardo Simões – Lisbon
Starting this month Urban Sketcher Luís Ricardo Simões from Lisbon, Portugal will depart on a five-year journey (sponsored by Moleskine & others) that will take him to five different continents and through 45 countries. At each stop on his itinerary he will connect with other urban sketchers living in these places, exchange ideas with them, share experiences and technical skills, and together with them he will create an entire book of sketches dedicated to the different places and things seen along the way. Simões will also keep a travel blog where videos and sketches from the trip can be viewed. So, who are Urban Sketchers? They are people who have a passion for drawing the places that they discover while traveling, using a pen and watercolors. Simões says he prefers to leave his camera at home and instead gain inspiration by sketching what he sees. 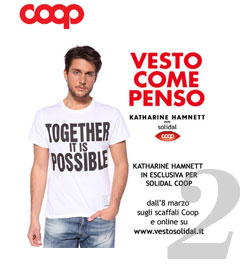 Vesto Solidal by Katharine Hamnett for Coop – Italy
Vesto Solidal (I Dress Solidal) is a new collection of cotton garments for spring-summer by the designer Katharine Hamnett that she created in partnership with Coop. The collection will be sold into the supermarkets, or purchased on-line since the 8th of March. The designer is a pioneer of ethical and sustainable fashion and her decision to focus on organic cotton starts from the consciousness of the slavery work condition for peasants and the high environmental impact of textile industry. “When the style has the power of ideas, even ethics has its own aesthetic” is her logo. To the collection has been added the logo “Together it is possible”. The garments are made by organic cotton, Fairtrade certified, that is healthy to wear and for the environment, as Coop says:” … the method excludes any use of chemicals, and it not allows the use of pesticides, the use of herbicides or chemical fertilizers. Furthermore, organic cotton is obviously no-GM…” 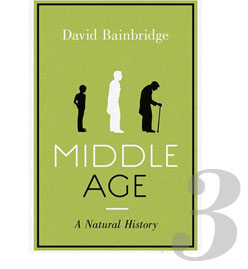 Middle Age by David Bainbridge
David Bainbridge a 42 year old scholar of veterinary medicine at Cambridge University has just published a book Middle Age, dedicated to the human brain, but introducing an original thought. The theory proposed by Bainbridge argues that the peak of satisfaction and analytical skills is between 40 and 60 years old, away from the ups and downs of youth and the decline of old age. The scholar in his book Middle Age defines the characters of middle age “naturally resistant”, taken from among teenage children, aging parents and work, despite all able to remain efficient and full of energy. Middle Age through new discoveries about the brain confirms that aging is acquired in the overview of what you lose in quickness, and you become adept at using both hemispheres of the brain, left and right, that young people can do less well. 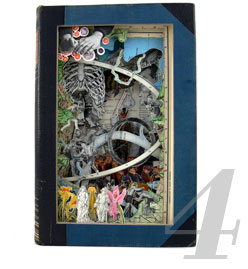 Other Nature exhibit – Frameless Gallery – London
The element that brings together the nine artists of the exhibition Other Nature at Frameless Gallery in London is the ability to interpret the tradition by reviewing natural history, landscape and narrative painting. In the exhibition there are works that reveal detail and aesthetics often otherworldly and disturbing. Some of the most significant exhibits are the works of Alexander Korzer-Robinson who is using old books, cut and reassembled to create miniature narrative scenes inspired by the tradition of collage. 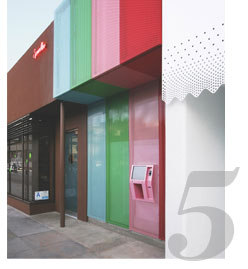 Cupcake vending machine – USA
For those all-important late-night cravings when you really want a cupcake, one bakery (and gourmet chain with 10 locations in the USA) in Beverly Hills has come up with a solution: a cupcake vending machine. Claiming to be the “world’s first cupcake automat,” the 24 Hour Sprinkles is a cupcake machine owned by the Sprinkles bakery that dispenses not only fresh-baked cupcakes, but also cupcake mixes, apparel, and even cupcakes for dogs. The cupcake machine is continuously stocked throughout the day and night with fresh baked goods, so visiting during off-hours doesn’t mean you’ll end up with a less than stellar dessert. The machine will be sandwiched between Sprinkles Cupcakes (a bakery open traditional business hours) and the company’s new Sprinkles Ice Cream. 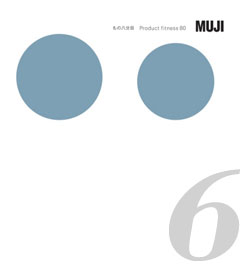 Product Fitness 80 by Muji – London
On the one year anniversary of the Japanese earthquake and tsunami, Muji has created an exhibition entitled Product Fitness 80 in conjunction with Design museum London, to rethink the way in which design impacts on the way we use energy. The products in the exhibition all address the question, “what would happen if we used 20% less materials and energy in the actual process of making products?”. Staying true to the Japanese brand’s minimalist aesthetic, the show addresses the relationship between energy consumption and design and suggests new ways in which consumers can reuse and recycle products in order to lessen the impact on the environment, and reduce their own energy use. 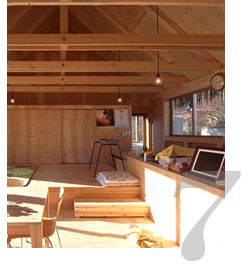 Riku Café – Rikuzentakata – Japan
One year after the tsunami, in the center of Rikuzentakata City, where over the 70% of the houses were destroyed or damaged, a small bar just opened has become a meeting point for those who still live there. Like an oasis in the desert of devastation and buildings under construction, the Riku Café, which has a wooden barn-like shape, offers food and warmth to those who want to find some comfort and social life, otherwise absent. Built with private sponsors under the guidance of a urban engineering professor of a University of Tokyo, Riku Café offers its services and products for free, raising money from those who want to contribute. Its success has made him the symbol of a strong desire for reviving of the local communities.

Casa de mi Padre by Matt Piedmont
Casa de mi Padre is a new independent comedy released at cinemas on March 16th, which Will Ferrell and his team created as a straight-faced parody to some overheated 1970s Mexican drama, played completely in Spanish, even by the same Will Ferrell. Starring Gael Garcia Bernal and Diego Luna, the movie satirises the style of an overly dramatic telenovela, and tells the story of Armando Alvarez, who must save his father’s ranch from a powerful drug lord. Critics are quiet controversial though, considering the movie a mere parody of some melodramatic Retro Mexican cinema with a flair of Western spaghetti, which lacks however any subtleties and originality. The sound track’s main score is a Mexican song by Cristina Aguilera, one of the best parts of the movie. 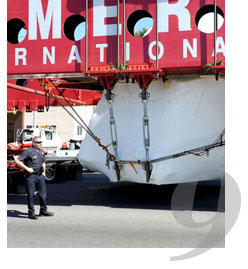 Levitated Mass by Michael Heizer – Los Angeles County Museum of Art – USA
Wrapped in plastic, the rock that became the masterpiece Levitated Mass reached the Los Angeles County Museum of Art. It was 4.35 am when the rock from 340 tons and seven meters high has reached its destination ending a journey of over 160 kilometers that led from the county of Riverside to downtown Los Angeles. More than 1,000 were present and welcomed the huge stone like a star, reserving a long applause. When the special truck stopped, the crowd came closer to see and touch what will be the latest addition to the art collection of the museum. The trip lasted 11 days, brought it to pass through four counties and 22 cities. Every evening, hundreds of people poured into the streets to observe the passage of this colossus. The work of Cakifornian sculptor Michael Heizer will be raise, placed on a pedestal and exposed to the public. 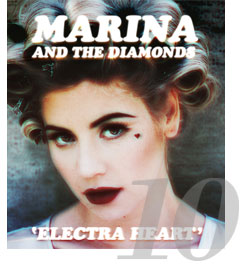 Primadonna by Marina and the Diamonds
Pop singer and songwriter Marina and the Diamonds is making a comeback after an 18-month-long tour. Her second album “Electra Heart” is due for release at the end of April. The t twelve-track album, will include collaborations with producers who have previously worked with big names including Madonna and Katy Perry. The first single from the new album, Primadonna, will be released on April 16th, but the video (released in early March in two versions, one studio and one acoustic) is already very popular on the web. Marina is going to open each the worldwide tour of Coldplay.