Moonwalking with Einstein: The Art and Science of Remembering Everything by Joshua Foer 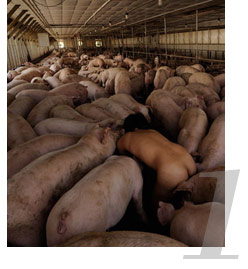 The Pig That Therefore I Am exhibit by Miru Kim – DooSan Gallery – New York
The latest work by Korean-American artist Miru Kim, The Pig That Therefore I Am is a collection of photographs that explores the transferring qualities of skin and the reasoned separation between humans and animals. The work, a modification of philosopher René Descartes’ famed supposition, ‘I think therefore I am’, utilizes the largest organ of the human body to illustrate the striking similarities between beast and man, conveying the notion of being one with your surrounding through the sense of physical touch. The images show Kim among a hoard of three hundred pound pigs, fenced and confined in a large-scale industrial farm. The artist’s form is often made indistinguishable through the use of dramatic lighting and deep shadows, further blurring the differentiating factor between human and animal, ultimately reducing her human identity among the masses. Kim explores the idea of the skin serving as an osmotic membrane between the inner self and the outer world, experiencing a deep connection and feeling of inseparability with the pigs. 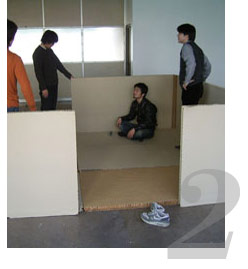 Emergency Paper Partition System by Shigeru Ban – Tokyo
Shigeru Ban is a Japanese architect known for swiftly reacting in times of need, proposing architectural solutions that are sustainable, temporary and low-cost. His projects have been useful during several occasions, including the Haiti earthquake of 2010. He recently announced that he was accepting donations towards his partitioning system, a low-cost, highly effective system, in support for victims of the 2011 Sendai earthquake and tsunami. This temporary housing solution is a simple yet significant change for the Earthquake Refugees and can be deployed to provide basic insulation and privacy amongst families who have lost their homes. 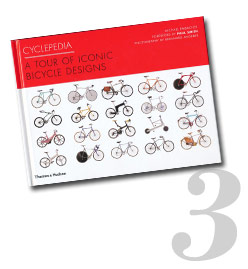 Cyclepedia, A Tour of Iconic Bicycle Designs by Michael Embacher
Not just for the bike geek out there with an incumbent need for encyclopaedic knowledge, designer and bicycle collector Michael Embacher’s frame-tastic book Cyclepedia looks into the weird and wonderful world of bicycles through a charting of 100 models designed over the past 90 years. Cyclepedia, edited by Thames & Hudson, starts off with an essay on brief history of bicycle design, before embarking on its ride through the different types: mountain, racing, single-speed, touring, kids’, tandem, urban, folding, cargo, and curiosities – exemplified by the strange but fascinating. The carefully curated record of bikes features models that have been chosen for their innovative mechanisms, engineering precision, and commendable design. 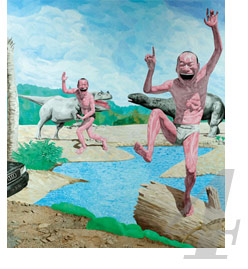 Yue Minjun – The Archaeological Discovery, AD 3009 – ARoS Museum – Arhus – Denmark
Yue Minjun, one of the most renewed Chinese contemporary artists, known in particular for his portrayals of hysterically laughing people, has created a special exhibition for the ARoS Museum, opened from 26th of March to the 5th of June. In this exhibition, the artist set up a sort of time capsule from the year 2009, discovered and depicted a thousand year later by our successors. The result is bizarre but full of humour and subtlety, is funny for the misinterpretations 3009 people give to our everyday objects, but it is also able to raise fundamental questions such as what is objective reality and what interpretation, who has the real capacity of reading the past and the present daring to write human history. 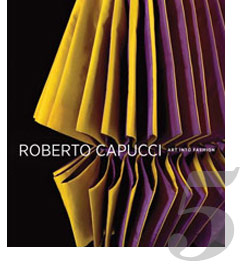 Roberto Capucci: Art into Fashion exhibit – Philadelphia Museum of Art – USA
On view at the Philadelphia Museum of Art through June 5, the Roberto Capucci: Art into Fashion exhibit includes almost 90 works from the artists career, as well as film clips, historical photographs and lithographs of his design sketches. This is the first major U.S. exhibit the 80-year-old designer from Florence, Italy has ever held. He is a master of colour, form and innovative designs (he was the first designer to use plastic as a material for clothing) and is considered one of the founders of modern Italian fashion. The exhibit traces his career chronologically and begins with his iconic “Nine Skirts” from 1956, a red dress featuring nine layers of silk taffeta and moves on to his revolutionary garment “Box Silhouette” from 1958. 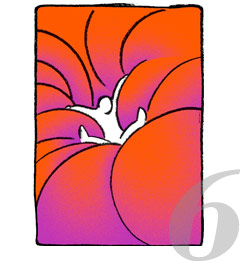 Materiali Molli exhibition – Museo in erba – Bellinzona – Switzerland
Materiali molli (Soft Materials) is an interactive exhibition that invites kids – and adults too – to encounter the living landscape around them, as well its daily objects, with a renewed view, through a simple but dense theme: Materiali Molli. It is something that everybody knows, and here they will experiment the wonder of re-discovering its presence everywhere: both in daily life and in contemporary art! On occasion of this event the Museo in erba of Bellinzona (a museum for kids to meet creativity and ‘make art’, by just playing) starts its collaboration with Centre Pompidou of Paris, launching new stimuli and sharing an original approach to creativity. Materiali Molli is divided into three activities spaces, involving several areas: architecture, design, food culture, sport and the world of art. 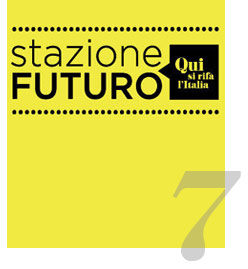 Stazione Futuro. Qui si rifà l’Italia (Future Station. The remaking of Italy) exhibit – Officine Grandi Riparazioni – Turin
From March 17th to November 22nd 2011 the exhibition Stazione Futuro (Future Station) is being held in Turin, at the Officine Grandi Riparazioni. Sponsored by the Italian editor of Wired magazine, the exhibition is focused on highlighting all those new technologies and new projects that could allow the country to develop a new strategy for the future in the coming years. How will Italy be in 2020? To answer this question the exhibition stages twelve different life scenarios – like mobility, work, energy, food – each of which contains prototypes of new projects; like, for example, the Fiat MIO a new car prototype realized in Creative Commons by people aiming to build the car of their dreams; the Factory of the Future, a project by Renzo Piano for Pirelli; and the new spacesuit for Mars, realized by Dainese for MIT and NASA. 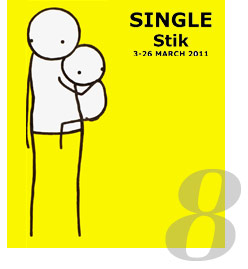 Individual exhibition by Stik – Subway Gallery – London
Starting from the 2nd of March 2011, the Subway Gallery in London dedicated an individual exhibition to Stik, a street artist who is well known in the British capital for his essential but highly recognisable and emotional works, with which he has often (illegally) decorated east London. The city pays tribute to this artist who has actually spent many years living homelessly on the streets of London and who today is considered to be one of the main exponents of underground culture internationally. The exhibition includes, in addition to a number of smaller works for sale, a live performance by the artist every Saturday during March. 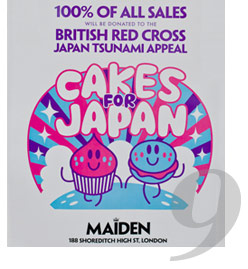 Cakes for Japan – London
Cakes for Japan was a pop-up sushi inspired cake shop raising funds for the Red Cross following the devastating events in Japan. Professional and amateur cake makers from all over Britain donated an array of tasty treats inspired by authentic Japanese flavours. All these edible goodies were sold at Maiden, on 188 Shoreditch High Street on Friday 18th March. The Cakes were sold out in just three hours, and raised £ 2000. Miss Cakehead, the creative behind the project, is encouraging keen bakers across the world to hold their own ‘Cakes for Japan’ events to help raise essential funds for the people of Japan. Edinburgh and Munich (Germany) are the followers at the moment. 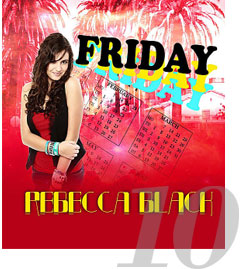 Friday by Rebecca Black – USA
Friday is a song by the American thirteen-years-old singer Rebecca Black. This song in two months has earned the title of “worst pop song ever”, but it has reached and surpassed the 60 million hits a month on YouTube. Produced by Ark Music Factory (a label dedicated to the teen music market), the song is accompanied by a very poor video and elementary graphics. The text seems a straightforward transcription of the diary of an American teenager concerned only about Friday nights out with friends.