Where Will Life Take You? – first Louis Vuitton TV ad

“In an Absolut world machines amplify your creativity” Advertisement 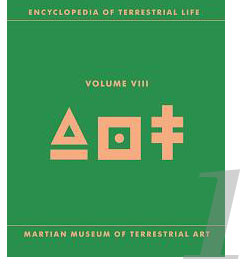 Martian Museum of Terrestrial Art – Barbican Art Gallery – London
The Martian Museum of Terrestrial Art exhibition at the Barbican Centre in London opened its doors to the public this month. The contemporary art works exhibited, featuring 175 works by over 115 artists, are presented under the fictional guise of a museum collection conceived by and designed for extraterrestrials. The museum’s mission is to interpret and understand contemporary art from a Martian perspective, opening up contemporary art to fresh interpretations as well as a humorous approach. The exhibition parodies the way that Western anthropologists historically viewed non-Western cultures through alien eyes. 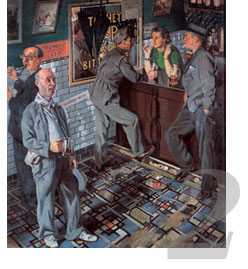 Sydney’s pubs: liquor, larrikins and the law – Justice and Police Museum – Sidney
Pubs have played a fascinating role in defining Sydney’s character since the city’s foundation as a British convict settlement in the late 18th century. This exhibition at the Justice and Police Museum (23rd February/2nd November 2008) examines the way changes in pubs and drinking laws reflected the evolution of Sydney’s social mores. Over the years pubs have generated fierce partisan loyalties from various classes, professions and trades, temperance debates, Royal Commissions, a sly grog industry, underworld patronage, legal scrutiny, policing and regulation. This new exhibition takes visitors on a rich journey through Sydney’s pubs past and present. 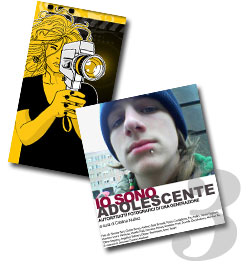 Adolescence brought into focus by the same protagonists through images
“Io sono adolescente – Autoritratti fotografici di una generazione” (I am teenager. Self-portraits of a generation) is an exhibition which took place at the Rudolf Steiner School of Milan, where a group of teenagers from 14 to 18, attending the self-portrait course by the photographer Cristina Nuñez, took pictures of their self and their age, using digital cameras or cell phones, showing the link between the self-portrait technique and the teenager world. Youngabout – Youngs & Cinema International Festival is another event in which teenagers are protagonists, both as audience and directors of movies. 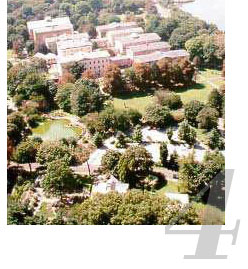 Tuscan Garden Vineyard – Staten Island
Tuscan and American authorities approved a new project of collaboration for the production of Tuscan wine in the territory of Staten Island, New York. The Tuscan Garden Vineyard Project at the Staten Island Botanical Garden is a partnership between the Italian town of Crespina and the American island of Staten Island that will include a demonstration winemaking facility, and a two-acre vineyard which will educate the public on grape-growing and winemaking and produce a number of different varietals. The project complements the already completed Tuscan Garden Villa, located near the proposed vineyard, which will be a place for wineselling, tastings and lectures. 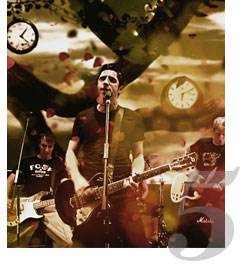 Take This Dance
www.takethisdance.com is the final project of a group of university students led by Thorsten Konrad (art director) all from the University of Applied Sciences in Salzburg. It is the first ever web based video “mash-up” in which a music video in this case by the All Joines, entitled “Take this dance and forget my name” is personalised in relation to your IP address, the location from which you connect. In fact during the loading of this flash based internet website information on your city including the latest news headlines from Google and photos/images from Flickr are collected and all integrated within this music video. 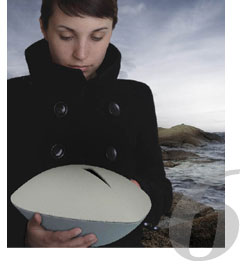 Shell by LOTS – Sweden
LOTS, a Sweden designers group, presented Shell, an urn for burials at sea. The project is based on the burial ceremony that disregards religious tradition and instead focuses on Man’s role in nature. The urn is made from pressed paper and dissolves in water over time. Messages for the deceased can be written on the surface of the Shell, and small objects can be placed in a pocket at the top. Through its simplicity, Shell try to reflect the deceased latest wishes. 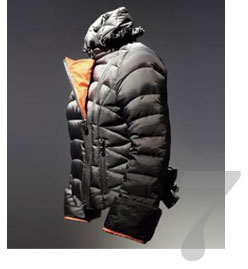 Sculpted jackets by Valli and Deacon
Giambattista Valli is the new designer of Moncler’s Gamme Rouge: in its first collection for the outerwear French brand, materials played a big role: duchesse de soie and macramé were draped, embroidered, and encrusted with lace, fur, and feathers. “I realized the collection had to be sculpted,” said Valli. “It’s like Apple designing an iPod. Every piece must stand on its own as a masterpiece!” Nylon, velvet, cashmere and asphalt grey denim, at times quilted, are Giles Deacon’s top fabric choices for Fay, shaped as slim pea coats, puffy jackets and trench coats. The details are ruffled hems, chain-link motifs and handmade silk duchesse flowers strewn around the neck. Silk and cotton polo shirts, blouses, skirts and pants complete the offerings. The sculptural and sartorial dimension is very strong also in this collection. 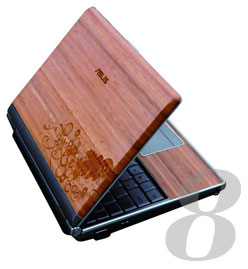 ASUS Bamboo Concept Series – MoMA – New York
ASUS, a Taiwanese leading company in the field of technology, unveiled a new line of products at the CeBIT 2008 expo in Germany, mixing together two great themes of global interest, sustainability and design. The Bamboo Concept Series showcases innovative products, included a notebook, for the choice of bamboo as an alternative material of the casing. Unique for its tactile and sensorial qualities, bamboo is also known for its accelerated growth. With these products, ASUS proposes for the technology of the future a more sustainable design, able to bring us and Nature together again, also through the senses. 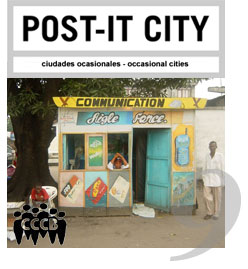 POST-IT City – Occasional Urbanities – Barcelona
13th March – 25th May 2008: the Centre of Cultura Contemporània de Barcelona (CCCB) and the Centre d’Art Santa Mònica (CASM) present the exhibition POST-IT City. Occasional Urbanities. The exhibition forms part of the POST-IT project, directed by Martí Peran, which began in 2005. The research project focuses on the temporary uses of public space for commercial, recreational and sexual activities in cities around the world. Research into these types of occasional occupation of the city is based on two different viewpoints: emergencies that are forced to parasitize public space, and the capacity of citizens to optimize space, beyond its intended functions. 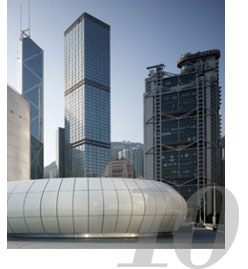 Chanel Contemporary Art Container
Chanel Contemporary Art Container is a travelling art space designed by Zaha Hadid Architects, inspired by one of Chanel’s signature creations, the quilted bag. It has opened in its first destination, Hong Kong, to be followed in the coming years by Tokyo, London, New York, Paris. Artists include Lee Bul, Daniel Buren, Loris Cecchini, Michael Lin, Nobuyoshi Araki, Pierre & Gilles, Sophie Calle, Stephen Shore, Subodh Gupta, Sylvie Fleury, Yoko Ono and many others. The distortion evident in the Pavilion creates a constant variety of exhibition spaces around its circumference, whilst at its centre, a large 65m2 courtyard with natural lighting provides an area for visitors to meet and reflect on the exhibition.