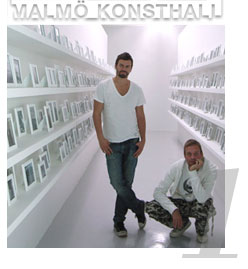 This is the First Day of My Life – Malmö Konsthall – Sweden
This is the First Day of My Life by Elmgreen & Dragset, at the Malmö Konsthall, is a comprehensive exhibition of the artist duo’s works from 1997-2007: a wide range of performances, interventions and installations: challenging architectural, sexual and social structures combined with a critique of institutional spaces. The title seems to address the questions: What now? How will I deal with this first day? Upon entering the Exhibition, the spectator is confronted with a long blank white wall and a series of anonymous-looking doors. Some of the doors are dysfunctional and can’t be opened; others will lead the viewer through a complex environment of secret rooms configured in a labyrinthine system. It’s all about accepting that nothing is for granted, daring to be confused and being open to new experiences: in the exhibition go-go dancers, prison inmates, the bourgeois upper-class and club goers live door by door and have just left home to start a new day. 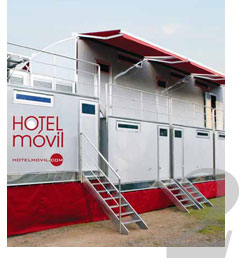 Hotel Movil – Spain
The first Hotelmovil unit, Spain’s first 50 person capacity mobile hotel, built in Andujar (Jaén), can sleep up to 50 people thanks to its 11 rooms split between two floors. Hotelmovil is a unique and exclusive hotel that’s been designed to fit on a trailer platform, employing a hi-tech system that transforms it into a fully equipped five star hotel. Hotelmovil has a surface area of 135 square meter and is made up of eight en suite rooms on the first floor with space to fit two bunk beds in each. On the second floor there are three luxurious suites, complete with terrace and covered passageway. Presented for the first time at the tourism fair in Madrid, Hotelmovil can be rent for 8000 euros for a weekend. 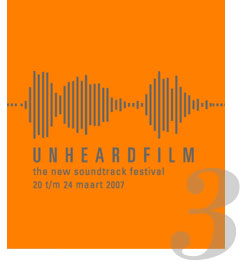 The Unheard Film Festival – Amsterdam
The Unheard Film Festival is about the soundtracks of films and all of the forms they take. Now in its second edition, from the 20th till the 24th of March, all elements of film, sound and music were concentrated in Amsterdam. During the main program, artists and bands, like Solex, Ghost Trucker and Die Anarchistische Abendunterhaltung, performed their own musical interpretation, live in the theater, for an existing movie while students of Sound and Music Academies from all over Europe have competed for the best soundtrack entry for an existing short film. At the same time, one can his own vote for the best video on-line. 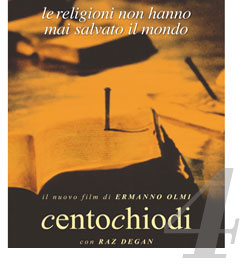 Centochiodi by Ermanno Olmi
Centochiodi, directed by Ermanno Olmi, tells the story of a successful university professor who leaves his world and his work to move to a small rural community on the peaceful shores of the river Po. According to the director intentions, this film will be his last story told, thus the most important one, because of its being created with “the awareness that the last act resumes the meaning of a whole life”. The central position and the sacredness of Man in the world is the belief the film conveys. In Centochiodi you can read the parable of “Christ, God incarnate … the one you can still meet during any day in your life: in any time and anywhere, the Christ in the streets, … and not the one you find in the books, when books and altars become easy formality, false convenience or even overwhelming opportunity.” 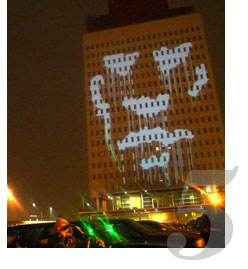 Light Graffiti – New York
From March 1st to April 7th, the Graffiti Research Lab is declaring New York an “Open City”. All the streets and walls have been turned over to the bombers, pranksters and protesters. As a triumph for the Graffiti Research Lab’s foreign conquests, and for all the anonymous public works made by servants of the street at home and abroad, Eyebeam is presenting an exhibition and series of free screenings and workshops that reveal the tools and tactics of graffiti writers, artists, protesters, pranksters and hackers who are reclaiming our cities by any means necessary. 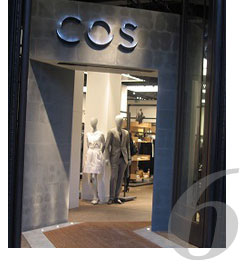 COS (Collection Of Style) – London
COS is the H&M’s new fashion concept whose aim is that of making aspiring fashion attainable to the mainstream for a high/middle market of grown ups. The first collection shows fashion essentials, reinvented classics and the latest trends, and COS business idea is fashion and quality at the best price. COS will launch with a UK flagship designed by William Russell, whose retail pedigree includes shop design for Alexander McQueen and Margaret Howell, on London’s Regent Street on March 16, 2007. COS stores will have prime locations in major European cities with subsequent COS stores opening in Germany, Belgium and the Netherlands at the end of March. Ten COS stores are planned to open in selected big city locations by the close of 2007. COS stores will be both inviting and inspiring with music, space and lighting all adding to the ambience. 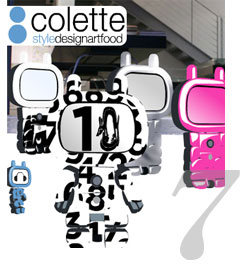 Colette 10th birthday – Paris
Colette boutique, the most fabulous store on the Rue St.-Honoré in Paris celebrated its 10th anniversary on March 21st with much luxury. Colette is a three-level store where the main floor offers gadgets, gismos, metallic jewelry and other accessories. The boutique also displays jeans and sportswear, from brands like Nike and Target. Latest phenomenon of Colette boutique is its environment friendly cotton. To make this occasion momentous, they have commissioned some collaborations like some highly talented jewellery designers were given the task of creating few very limited edition necklace. 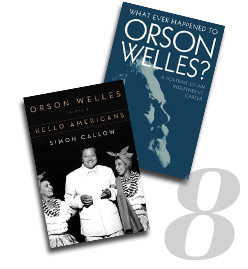 Orson Welles. Two Biographies – USA
Two biographies have been published in USA, dedicated to the myth of the American cinema, the director and actor Orson Welles: Orson Welles. Hello Americans. Vol. 2, by Simon Callow and What Ever Happened to Orson Welles?: A Portrait of an Independent Career, by Joseph McBride. Welles was a complex personality and his identity is descripted by the authors with very different characteristics, but never in an anecdotal way. He was an eclectic artist, that perhaps has expressed itself in a not completly suited way. In these books he is descripted not only through his films, but according his life and his political choices. 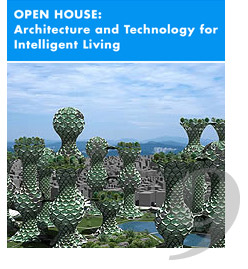 Open House Exhibition – Vitra Design Museum – Art Center College of Design – Pasadena (USA)
What potential do the new technologies and materials of today hold for domestic living and residential architecture of tomorrow? At the invitation of Vitra Design Museum, Weil am Rhein, and the Art Center College of Design, Pasadena, fifteen architects and designers sought to address this question. Their visionary answers are presented for the first time in the context of Open House with a series of models, interactive installations, and films. The multi-faceted designs include inspiring proposals for opening up new urban spaces and creating new worlds of experience, novel types of flexible and variable room concepts as well as innovative ideas for building shells capable of automatically reacting to climatic influences and the requirements of occupants. 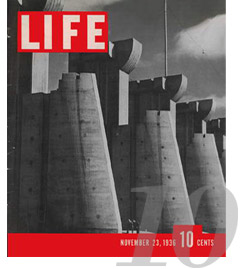 Life dies – USA
Magazine publisher Time Inc. is shutting down Life magazine again, a brand it had resuscitated in 2004 as a newspaper supplement. Time Inc. said in a statement that it would keep the Life brand going on the internet, where it will launch a website with photos from its massive image collection, and by publishing books. The company cited the “decline in the newspaper business” and poor advertising outlook as factors in its decision. Life had been carried in 103 newspapers, and competed in the Sunday newspaper supplement business. Time Inc. is repositioning many of its brands to follow its readers and advertisers onto the internet.