Internet tops TV as most popular pastime in UK 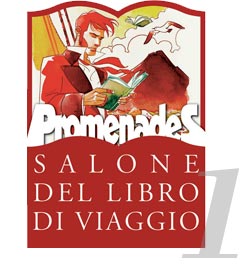 First Travel’s Book Fair, Catania
The first edition of the travel’s book fair. took place in the original area called “Ciminiere” in Catania. Sicily has always been an economic and cultural strategic point and threshold of travels and exchanges and, in this occasion, has become also a protagonist in the world of publishing. In this three days, in fact, there were meetings, readings, round tables and exhibitions that had involved many corporations and authorities but also nearly seventy small editors that had the possibility (in some cases for the first time) to show their books. 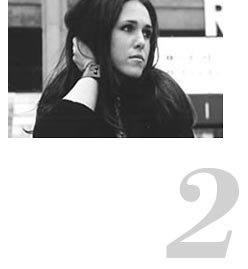 Sandi Thom
Sandi Thom is playing to an audience of thousands, broadcasting over the internet from her basement flat. For most struggling singers, reaching a new audience involves travelling the country in a clapped-out transit van, playing on small stages in the back of local pubs. But not for 24 year old Sandi Thom. Inspired by the internet-based success of Sheffield band the Arctic Monkeys, Sandi set up a webcam in her basement flat in South London. 70 people logged on for her first performance. Two weeks later, the nightly audience is over 120,000. She signed a contract with RCA/SonyBMG. 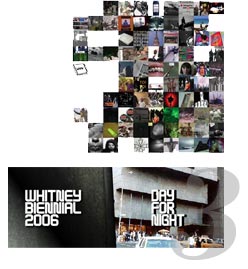 Day for Night – Whitney Museum, New York / Exces Images and bodies in time of excess – Arts centre Z33, Hasselt – Belgium
In two exhibition Art explores his dark side and reveals the inner conflicts of contemporary society, even through the ‘reality’ representation by the filter of media Day for Night, the Whitney Biennal at Whitney Museum, New York and Exces – Images and bodies in time of excess (Arts centre Z33, Hasselt-Belgium). Whitney Biennal (the most important survey of the state of contemporary art in America today) opens this year to a great numbers of non-american artists, with paintings, conceptual work, video, and installation, exploring the dark side of the art and of the American psyche, as well of the contemporary society. The title and the theme is inspired to the movie “La nuit américaine’ by Truffaut: in effect -flaws and all- Day for Night speaks to a nation that is no longer an ideal but only a country. That makes this the Post-America Biennial. With Exces – Images and bodies in time of excess Arts centre Z33 focuses on contemporary art and design through integrated multidisciplinary projects, that examines the way the media relate to our everyday experience, goes in search of the images behind that reality and probes for the feeling behind these images. It places the ongoing image flow in newspapers, on television and on the internet within a broader perspective. 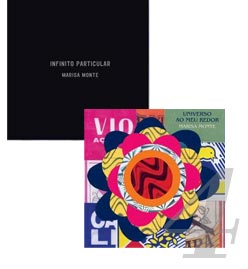 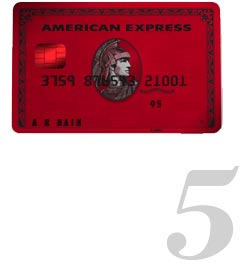 American Express Red Card, United Kingdom
“This isn’t charity, this is a new way of doing business” is the claim that stands at the basis of the new Red Movement, launched recently by American Express as a founding member because they’re convinced that meeting the new great concern of people about poverty and inequality within the planet makes good business sense. The American Express ethical initiative encourages consumers to make a positive impact in the fight against HIV and AIDS in Africa just using the Red Card for they everyday needs of purchase. When you spend up to £5,000 in any year, the 1% of it is transferred to Global Fund-financed programs in Africa which positively impact the lives of women and children affected by HIV/AIDS. Over £5,000 of spend a year and the REDmoney rate is increased to 1.25% The Red Campaign involves different brands: the Gap (RED) are available in all the Gap shops in the UK starting from the 2006 Spring collection and the 50% of the profits are donated to the Global Fund to help fund programs in Africa for women and children affected by HIV/AIDS. The Gap (RED)’s first product is the iconic Gap T-shirt. The vintage-look shirt is made for both women and men and is priced at £14.50. It is manufactured in Africa from 100% African cotton and comes in red, of course, plus a range of other classic colors. An expanded Gap (RED) collection will be launched in the UK and US in fall 2006. 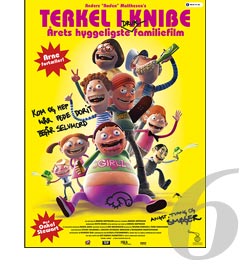 Terkel I Knibe (Terkel in trouble) by Kresten Vestbjerg Andersen Thorbjørn Christoffersen
While it is safe to say that Terkel I Knibe is not about to win any awards for its animation – it’s not horrible but nobody will ever mistake its bandy legged, plastic faced characters for Pixar creations – it is equally safe to say that creator Anders Mattheson isn’t really aiming for the Disney set anyway. When your big, romantic musical number is titled “Fuck Off, You’re Too Ugly For Me And Your Mother Does It With Horses” … well, that pretty much tells you everything you need to know, doesn’t it? Terkel I Knibe is crudely animated, even more crudely written, and frequently laugh out loud funny. Terkel is twelve and, as is the case for most twelve year olds, the world is a strange and hostile place. His mother is a neurotic, hypochondriac chain smoker; his father a mono syllabic non-communicator whose face is always buried in the newspaper. His younger sister wants to play dolls; Uncle Stewart is a raging, violent drunk who mans the local Kid’s Help Phone. His best friend, Jason, is a foul mouthed kid from the wrong side of the tracks who always carries a length of pipe with him because “You never know when you’ll need an iron pipe.” Truer words have seldom been spoken. In the early going Terkel is a film that mines the casual cruelty of youth to great comic effect. Terkel’s young sister exists only to be spurned and casually damaged, the requisite school bullies ambush Terkel with water guns in the bathroom hoping to make him appear to have pissed himself with the end result that he actually does, hormonal twelve year old girls throw themselves at the new supply teacher, things of that nature. But before long things escalate wildly out of control, Terkel acquires an unknown enemy, and the blood begins to flow freely and copiously. 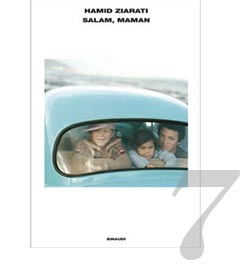 Salam, maman by Hamid Ziarati
Hamid Ziarati, is born in Teheran in 1966. After the khomeinist revolution he leaves the Iran for Italy. Salam, maman, its novel of debut, talks about the ‘seventy’ in Teheran through the eyes of a child, named Alì. The magic of its innocent universe, made of extraordinary and normality, has broken by the Great History: the despotic regimen of Reza Pahlavi, with the secret police and the bonfire of forbidden books, and then the theocratic Revolution, guarded by Ayatollah and pasdaran. “The history begins in the’ 70 and finishes at the beginning of the ’80, but I have tried to write the action like it could be alive”. 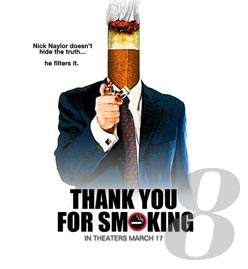 Thank You for Smoking by Jason Reitman
“If you argue correctly, you’re never wrong.” It’s a motto Nick Naylor believes in and lives by, both from experience and out of necessity. As a leading Washington, D.C.-based lobbyist working for the Academy of Tobacco Studies, Nick has built his career on defending the tobacco companies, persuasively debating against anti-smoking pundits, and aiding in advertisements targeting the teenage demographic. It’s not exactly the most virtuous of jobs, and his work has left him publicly reviled, but Nick takes it very seriously, believing in one’s freedom to choose whether he or she wants to smoke or not. Of course, it doesn’t hurt matters that he’s a keen businessman who, by basically BS-ing his way through debates opposing his side, is able to argue skillfully, and yes, in a strange way, never be wrong. Written and directed with lightning-fast precision by Jason Reitman, Thank You for Smoking is of a cinematic breed that doesn’t often show itself: a comedy that not only succeeds at getting laughs, but also is thought-provoking. An ultra-smart, all-opportunity satire in which no one is safe, the movie doesn’t just point the finger at Big Tobacco, but at everyone, from big-headed D.C. politicians and senators, to story-hungry reporters, to even pretentious Hollywood studio bigwigs. 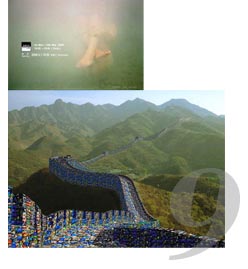 Landscapes and Postcards exhibitions, Shanghai
Two small exhibitions are taking place in Shanghai, in Eastlink Gallery and Artsea Studio and Gallery, located in the same group of warehouses, both highlighting the importance of the landscape. The Landscapes show in Eastlink Gallery portrays the panoramic landscapes in the Australian territory and the relationship between the body and nature featuring the works of three Australian photographers: Stephan Dupont, Murray Frederick and Olivia Martin-McGuire. In Artsea Studio and Gallery, Hu Jieming, a local multimedia artist, exhibits his Postcards series, where miniature images featuring Chinese people carrying out all sorts of basic activities cover some background photos: China’s most scenic and historic spots. 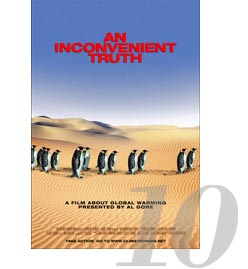 An Inconvenient Truth by Davis Guggenheim
Extreme poverty, intractable wars, virulent disease, hatred of all stripes–these are a few of the scourges we live with today. And yet global climate change trumps them all; for if it’s not addressed, all life on the planet will be devastated, regardless of geography, class, race, or creed. An Inconvenient Truth is the gripping story of former Vice President Al Gore, who became interested in this startling issue while at college 30 years ago, and now devotes his life to reversing global warming. Traveling the world, he has built a visually mesmerizing presentation designed to disabuse doubters of the notion that climate change is debatable. The heart of Davis Guggenheim’s film is this elegant multimedia lecture itself, where Gore indisputably correlates CO2 emissions with exponentially rising temperatures, already responsible for dramatic climactic shifts like ice-cap melting, drought, and rising sea levels. Interwoven with this riveting public address are intimate moments revealing the poetic, searching side of Gore as he struggles to define his purpose in the aftermath of the 2000 election. This is activist cinema at its very best, for it serves to popularize and demythologize a problem long obscured by those most threatened by the solution. With humor and searing intelligence, Gore outlines crucial steps we must take to avert impending disaster and proves that inaction is no longer an option–in fact, it’s immoral.