State of Fear by Michael Crichton 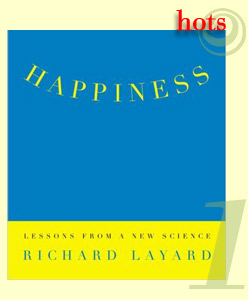 Happiness by Richard Layard
From the great guru of the interdisciplinary field of happiness studies comes a fascinating statement: ‘happiness is a measurable human state’. In his new handbook, called Happiness, Prof Layard examines the keys to achieving happiness and why, on a societal level people have grown wealthier but no happier over the past 30 years. The LSE professor rethinks about what Happiness means and how people achieve it on a day-to-day basis suggesting how a new perspective on people’s wellbeing can provide important suggestions to politicians, economists and intellectual.

Collapse: How Societies Choose to Fail or Succeed by Jared Diamond
In his Pulitzer Prize-winning bestseller Guns, Germs, and Steel, geographer Diamond laid out a grand view of the organic roots of human civilizations in flora, fauna, climate and geology. That vision takes on apocalyptic overtones in this fascinating comparative study of societies. In Collapse: How Societies chose to fail or succeed, Diamond examines storied examples of human economic and social collapse, and even extinction. He finds today’s global, technologically advanced civilization very far from solving the problems that plagued primitive, isolated communities in the remote past. 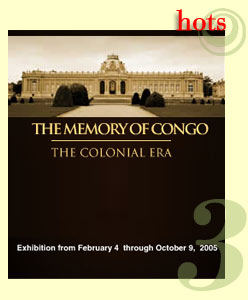 Memory of Congo: The Colonial Era, Brussels
Belgians are learning the truth about the brutalities of their colonial past, and they are queuing up to find out more. An exhibition at the Royal Museum for Central Africa just outside Brussels, entitled Memory of Congo: The Colonial Era, has been attracting 2,000 visitors a day. Congo, which is now known as the Democratic Republic of Congo, was Belgium’s only African colony, and from 1885 to 1908 it was the personal possession of King Leopold II, who ran it like an enormous private business, plundering its rubber, ivory and minerals. The exhibition includes photographs of children with limbs chopped off by the white colonisers. Yet for years most Belgians knew little about this. 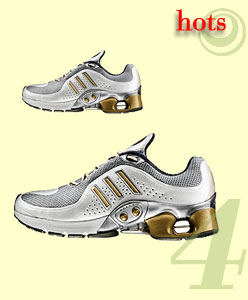 Adidas_1: The first intelligent shoe
Adidas has introduced the most advanced shoe ever. This shoe provides intelligent cushioning by automatically and continuously adjusting itself. It does so by sensing the cushioning level, using a sensor and a magnet. It then understands whether the cushioning level is too soft or too firm via a small computer. It adapts with a motor-driven cable system to provide the correct cushioning throughout the run. It works like a human reflex nerve. The nerve is a magnetic sensing system, where the sensor sits just below the runner’s heel and the magnet is placed at the bottom of the midsole. 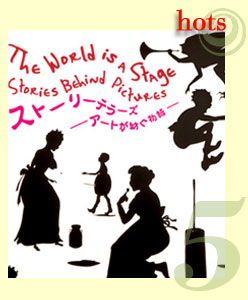 The World is a Stage, Mori Art Museum – Tokyo
For all people, in both East and West, stories are the most primordial form of entertainment. The show in Mori Art Museum, the centre of contemporary art in Tokyo, features 14 artists who overlay their works with narratives about subjects they invent. Myths, folktales and fantasies are translated by the young artists, coming from Europe, America, Africa, Oceania and Japan and are intertwined with issues that face us all: concerns of race, gender, family relationships and identity. “The World is a Stage: Stories Behind Pictures” exhibition focuses on stories that can be found within contemporary art and are conveyed by the artist by a variety of media, including print, pictures and video. 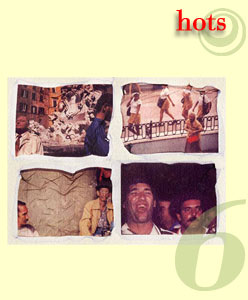 Islas Nómadas by Giuseppe Satriani, Espacio de los Mundos – Bilbao
Islas Nómadas (Nomadic Islands) is the subject of the photo exhibit by Giuseppe Satriani, Future Concept Lab correspondent, on display at Espacio de los Mundos Gallery in Bilbao. Nomadic Islands are methaphors of timeless and infinite memory: every image is then an island, not just geographical site but related with memory and experiences. Each image contains details, objects, people independent from others (as islands and nomads are) but, according with the author, “emotionally” related. 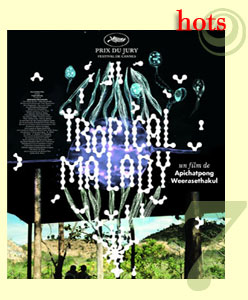 Sud Pralad (Tropical Malady) by Apichatpong Weerasethakul – Thailand
Winner of the Jury Prize at the Cannes Festival 2004 and released in London this month, Tropical Malady is a Thai oddity, that begins with gay romance between a labourer in an ice factory and a soldier and turns into a fable set in the forests of Thailand in which the soldier hunts the spirit of a shaman who at night takes on the form of a tiger to kill people and farm animals. Visually striking it’s the sort of film that makes you ask at the end “What just happened in there?”. Advertised as ‘Apocalypse Now on Mogadon’, the movie is perhaps sometime confused however impressive, plenty of audacious details that humanise nature and naturalise humans, like the subtitled conversation between the soldier and the monkey. 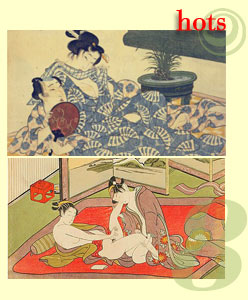 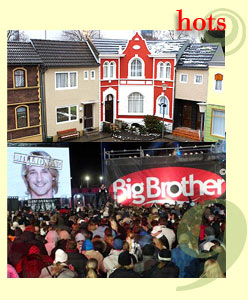 Germany’s ‘Truman Show’ goes on air
Germany’s version of Big Brother will take a giant leap with the opening of a small town mimicking the ‘Truman Show’ concept. In the new Big Brother village the only difference will be that contestants willingly participate in this next-generation leap into voyeurism, and it will run indefinitely. Fifteen people will move into the set of Big Brother – a village complete with market square and stables. The “village” includes three different types of housing: a “poor” home, located next to the stables and equipped with only the bare necessities; a “normal” house; and a “rich” villa, where occupants get three-course meals and daily massages. All contestants will have to work – as a car mechanic, on a fashion label or on the show’s farm – and fulfil duties according to their social status. “It’s a societal microcosm complete with class struggle, envy and real chances for climbing and falling down the social ladder,” broadcaster RTL2, which is making the show, said in a press release. 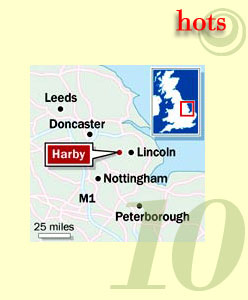 The Week The Women Went, BBC3 – UK
The villagers of Harby in Nottinghamshire are about to experience an altogether different way of life when their village takes part in an ambitious observational documentary series by the BBC3 looking at how an English village community copes when the women are taken away for one week. The Week The Women Went is a week long experiment, commissioned by BBC 3, to enable the men of Harby to take a fresh look at the roles they play at home and in the community and for viewers to see how a community of men rise to the challenge of filling all the roles in village life. Research suggests that while women have taken more and more of a place in the world of work, men are still in the back seat as far as domestic life is concerned. Most mothers (even if they are working mothers) in Britain today feel part of a community, but it is not uncommon for men to have no connection with their neighbours or community. Most mothers are a dab hand at juggling the home and the kids, but many fathers have never spent 24 hours on their own with their children. This project will give the men of Harby the chance to contribute to home and village life in a way that they have never done before.