Fantasìas del harén y nuevas Sherezades, Barcelona
This exhibition, organised by the Moroccan writer Fatema Mernissi and based around the theme of the Harem, is being held at the Barcelona Centre of Modern Culture. Divided up into four sections (Sherezade, Visions of the Harem, the Last Harem, The New Sherezades) it proposes an intercultural vision in which the western and oriental views of the harem are mutually contaminated, through the display of varying types of works of art, from pictures by Matisse to photographs, to Greek and Persian miniatures. Parallel to this and on the same theme as the exhibition, a cycle of films is being shown by a number of Oriental film directors. 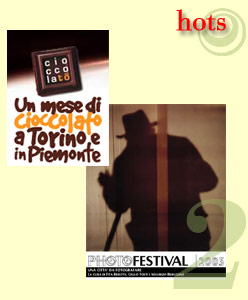 Cioccolatò, a month of chocolate in Turin and Piedmont / Photofestival, a city worth photographing, Milan
The urban territory is the ideal setting for staging differing types of events, which also involve very different public and private realities, all linked together through the connecting thread of the sharing of the experience. In Turin for example, from 6th to 23rd March during the Cioccolatò event, chocolate – in its every possible physical form – is celebrated through four thematic areas: culture, show business, food and wine, exhibition fair. 12 points of the city are involved, including bars, pubs, bookshops, such as for example the Fnac, which tell about the culture of chocolate and where you can go to taste and enjoy it. In Milan on the other hand, as part of the Photofestival, more than twenty displays of photography are being held inside historical buildings, bars, shops and restaurants. The Sforzesco Castle for example is holding the exhibition: From the Polaroid collection, Ansel Adams displaying some extremely beautiful landscape pictures. 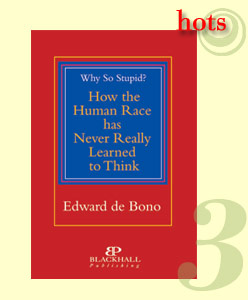 Why So Stupid ? di Edward De Bono
Edward De Bono, who came up with the term “Lateral Thinking” and the six hats technique, has managed, through his numerous books published during the past decades, to underline the importance of creativity, proposing techniques that can improve creative thinking. In his latest book Why So Stupid? he argues that our very mode of thought, traditional and in some cases dangerous, is right for static or non-human analysis but unsuitable when dealing with people. He suggests techniques that can improve “creative thinking needed to design the way forward” and takes an important standpoint: the quality of our future is determined by the quality of our thinking. 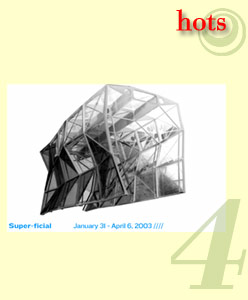 Super-ficial: The Surfaces of Architecture in a Digital Age, New York
The works proposed in the current exhibition of the New Museum of Contemporary Art in New York, titled Super-ficial: The Surfaces of Architecture in a Digital Age, explore the influence of digital technology on architecture. Computer animation programs and computer-aided manufacturing and rapid prototyping processes help both architects and artists to investigate from the very beginning of the project the impact of the surface in relation to the space. The exhibition includes cutting edge projects that suggest new theoretical and structural possibilities supported by the use of digital tools. In many cases, the form, its surface and movement within the space, envisions unique approaches for work and living, merging architecture with other disciplines like biology or music. 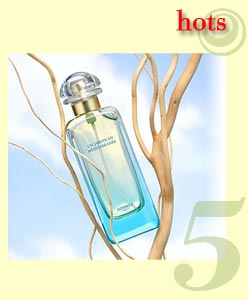 Un Jardin en Mediterranée, Hermès
A Garden in the Mediterranean is the new perfume by Hermès which becomes available in the Maison’s boutiques as from this month, together with a collection of accessories and objects based on the same theme. It will be on sale for just twelve months only, since the Maison is going to choose a different theme every year . It is contained in a bottle-symbol that emanates flashes of green and dark blue, a bitter-sweet bouquet of oranges, figs, sea lilies, roses and tulips. 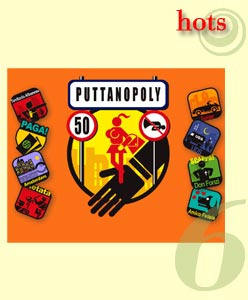 Puttanopoly
A new board game will shortly be available on the market, a game that sets out to combine entertainment with reflection on the sensitive theme of prostitution and its exploitation. The Committee for the Rights of Prostitutes has in fact put on sale on-line Puttanopoly: a game for reflecting, a reflection for playing. It is a very original version of Monopoly, in which the players are prostitutes who have recently arrived in Italy and fallen into the hands of the Mafia. To win you have to pay your own pimp, avoid being stopped by the police or being hospitalised. “It is all true – claims Daniela Mannu, the inventor of the game – The intention is to give people an idea of what prostitutes have to go through in this country”. 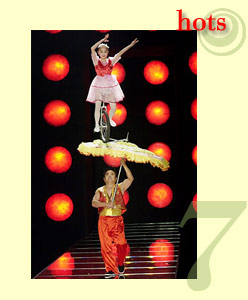 Dior: high fashion and Chinese circus, Paris
For a number of years now, John Galliano, artistic director of Dior, has been accustomed to astonishing the audiences of his fashion parades with theatrical clothes and scenographic sets. During the presentation of the Alta Moda collection, the cat-walk was paraded by models wearing sumptuous clothes and jugglers from the Chinese circus. This joyous creativity, in a rare state of grace, could also be observed a few weeks ago, during the show of the prêt-à-porter for the forthcoming winter, which was held in Paris. The Dior woman is a sort of techno-prostitute, covered in clothes made of latex (transparent as well) and made up using actual oriental masks that make her look like a geisha of the future. 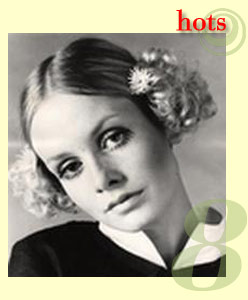 British Blondes, London
Throughout the 2Oth Century, blonde hair has come to signify beauty, power and status. The National Portrait Gallery in London has dedicated an a collection of photographs depicting the best of the British Blondes from the 1930s to the present day, in its Bookshop Gallery, from March 3 to July 6. The events coincides with the publication “On Blondes” by the journalist Joanna Pitman (Bloomsbury) and collects images of blonde bombshells from the worlds of politics, fashion, music, film and media. Highlights include Margaret Thatcher, Twiggy, Diana Dors and Joely Richardson. Lady D, Patsy Kensit and Barbara Windsor also make this top 20 of British Blondes. 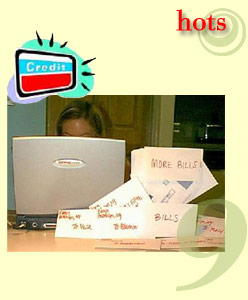 Cyber – Begging
A new phenomenon in the mare magnum of the Web: cyber-begging, or in other words people in financial straits asking for help from the Internet community. Through their own web-sites they beg for donations of cash and many of them have succeeded in recovering from very serious situations. There are examples of unmarried mothers or unemployed people looking for work, of people ruined by gambling losses: stories that differ but which all share the same purpose: receiving free payments of money. The phenomenon came into being about a year ago when Karyn Bosnak, a girl from New York, told her story to the virtual community: she was in the “red” to the tune of 20,000 dollars. Through the site SaveKaryn.com, generous web users could donate sums of money, however small, to help the girl meet her more pressing needs. From that moment onwards, the mission to tap people’s generosity in the web has been pursued by many other Internet-users. The Internet appears to be becoming more and more the means of communication par excellence, confirming itself to be an instrument for uniting people from any Country in the world. 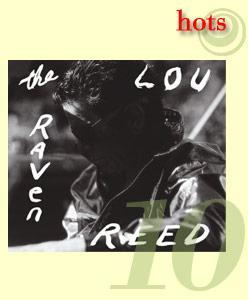 The Raven by Lou Reed
The Raven, the latest album by Lou Reed, is a surprising work, in which the artist explores the literary imaginary of Edgar Allan Poe. The product and musical synthesis of Poetry, a musical that Lou Reed and Robert Wilson had staged in 2002, the album is the distillation of the musical and artistic talent of a personality who has left a strong mark on the history of rock in the last forty years. Special guest appearances are made in The Raven which includes passages recited by Steve Buscemi, Laurie Anderson, Willem Dafoe and many others, and pieces played with David Bowie or the McGarrigle sisters. Reed’s ability to “marry” literature and art through a continuous search for new sounds has helped create this work, which experts consider to be one of the most complex and courageous of the last few years.