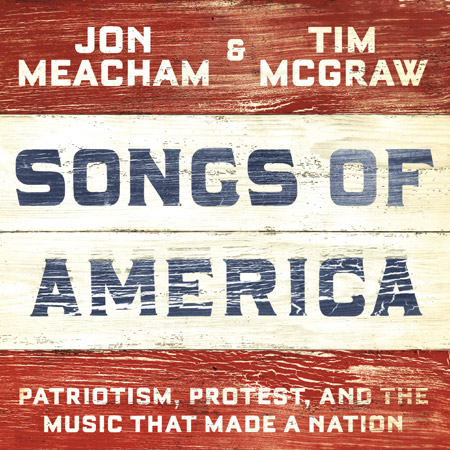 Songs of America: Patriotism, Protest, and the Music That Made a Nation book by Jon Meacham and Tim McGraw 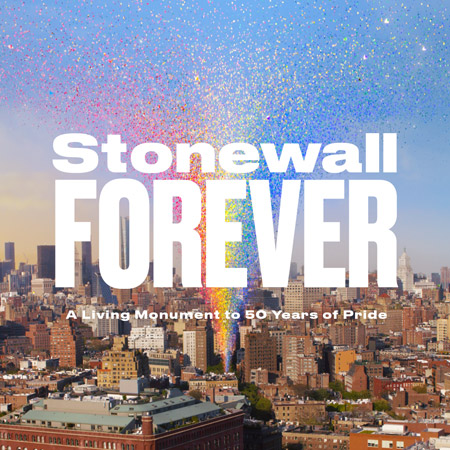 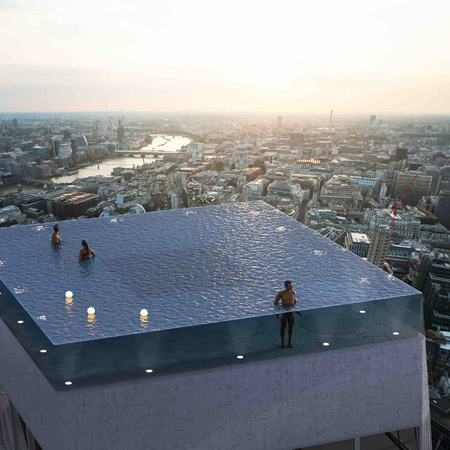 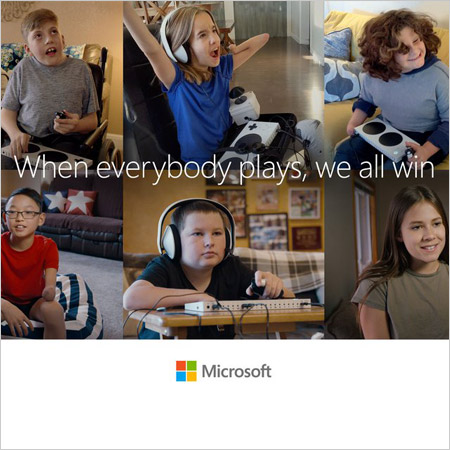 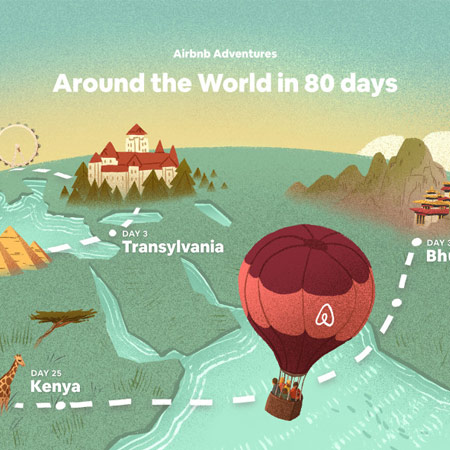 Around the World in 80 Days by Airbnb
A lucky few will be able to live the adventures of Phileas Fogg from Jules Verne’s classic “Around the World in 80 Days.” Hosted by Airbnb, a small number of guests will travel across 18 countries using eight modes of transportation, including a hot air balloon, to promote a new collection of available bookings called Airbnb Adventures. The experience is meant to mirror Fogg’s journey from exploring the Galapagos islands to hiking mountain ranges in Australia, said Joe Zadeh, Airbnb’s vice president of experiences. “We thought that the notion of circumnavigating the globe and visiting all these different cultures and communities in 80 days is just a really fun and interesting premise,” he said. The 80-day trip with a price tag of $5,000 and includes all travel, lodging, activities and meals. went on sale June 20. Guests will depart from London on Sept. 1, 2019. The company did not say how many of the packages would be available. 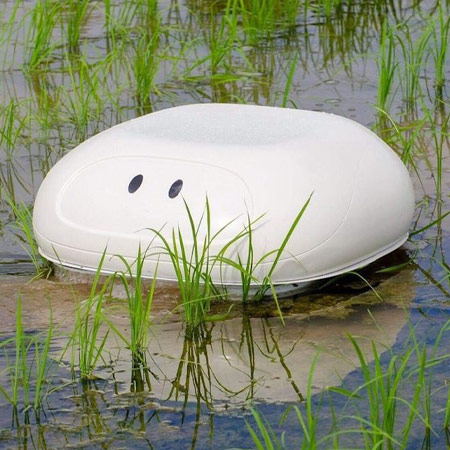 Robot duck by Nissan – Japan
For centuries, rice farmers in Asia have used ducks as a natural alternative to pesticides. While paddling around in flooded paddy fields, ducks tear up weeds and snack on insects, with their manure even acting as additional fertilizer. In the 21st century, this practice is not widespread, but a new technological twist on the method could change that. Nissan is testing out its new robot duck prototype to help Japanese farmers battle weeds and reduce pesticide use. Agiamo robo, which means robot duck, was created by volunteer engineers from the multinational car manufacturer. The 1.5kg robot, which comes equipped with Wi-Fi and GPS, uses two rotating rubber brushes on its underside that take the place of a duck’s feet, these oxygenate the water by stirring it up and prevent weeds from taking root. The robot is being tested in the rice fields of Yamagata Prefecture, northeastern Japan. 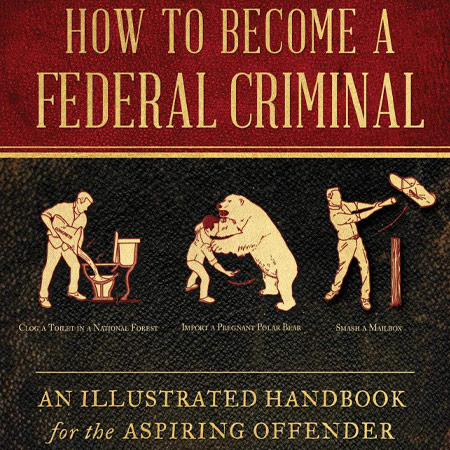 How to Become a Federal Criminal. An Illustrated Handbook for the Aspiring Offender by Mike Chase
This book is a sort of legal illustrated compendium which, with an ironic and at times very amusing tone, reveals some surprising federal regulations in place in the United States which, if broken, could lead any citizen to be considered a true federal criminal and pay the consequences. Author Mike Chase is a popular American criminal lawyer who plays the legal humorist at night with the Twitter feed @CrimeADay, in which he tells the results of his extensive research about the curious, intriguing and often amusing details of some American criminal laws which are often unknown and almost esoteric. In How to Become a Federal Criminal, in particular, we also learn through images that clogging a bathroom in a national park could lead to a six-month sentence in federal prison. Among others, real crimes are also mentioned as unlikely as importing a pregnant polar bear or sending a mongoose.

H&M Hyper-local – Berlin
H&M has launched a line of products that are available exclusively in the eight stores in Berlin. It is a limited collection developed by H&M Germany and the H&M Group’s Laboratory, the department dedicated to the development of new business models. The new production of garments comes from the study of data and information relating to sales collected in previous months, from which some aesthetic trends have been highlighted, specific to the German capital and applied mainly to bodysuits, trench coats, cycling shorts, skirts, tops and coveralls. The choice of lines, colors and fabrics was therefore defined by the analysis and evidence of the uniqueness of the Berlin area. “With this collection we put the consumer at the center of attention and we create a particularly local and therefore particularly relevant collection, specially adapted to the desires and needs of the women of Berlin”, explained business developer of K&M’S Laboratory Heléne Riihonen.

No time island – Sommarøy – Norway
It was reported that “the island with no time zone” wanted to declare itself as the world’s first time-free zone, and were taking their case to the Norwegian parliament. But although some inhabitants of Sommarøy backed the campaign, the idea was not theirs. The initiative to make Sommarøy a time-free zone was in fact a carefully planned marketing campaign, hatched by the government-owned Innovation Norway. The story has been covered in more than 1650 articles in 1479 different media, including CNN, The Guardian, The New York Times, The Independent, Time, El País, La Repubblica, Vanity Fair and Der Spiegel, potentially reaching 1.2 billion people. The value of the coverage is estimated to 11.4 million USD – a pretty good return on investment for Innovation Norway, which spent less than 60,000 USD on the campaign. Sommarøy will stay on CET like the rest of Norway, and Innovation Norway apologize for spreading a fake news. 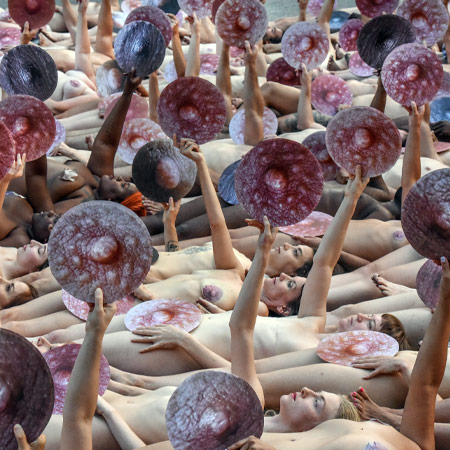 #wethenipple by Spencer Tunick – New York
On June 2, 125 men and women, completely naked, invaded Astor Place, street of the East Village of New York where Facebook and Instagram are based, armed with 500 images of nipples for the flash-mob #wethenipple, choreographed by the photographer Spencer Tunick and organized in collaboration with the Coalition Against Censorship (NCAC). Purpose of the performance: to challenge the guidelines of the two social networks, which prohibit the publication of female nipples. Participants in the art action covered their nipples with stickers of photographed male nipples, to highlight the rigid and anachronistic gender inequality in existing nudity policies.

Re-Nylon by Prada
Prada has announced that it will move away from virgin nylon in its collections by launching a collection of bags made from a regenerated nylon yarn called Econyl. The product of a partnership between Prada and the textile yarn producer Aquafil, Econyl nylon is obtained through the recycling and purification process of plastic waste. Aquafil brings new purpose to waste materials that would otherwise pollute the world’s landfills and oceans. The fashion brand has launched six bags made from regenerated nylon, as the first stage in its plan to phase out virgin nylon in the next two years called the Re-Nylon project. The six unisex bags that form the core collection of the Re-Nylon project are a belt bag, shoulder bag, tote bag, a duffle and two backpacks. 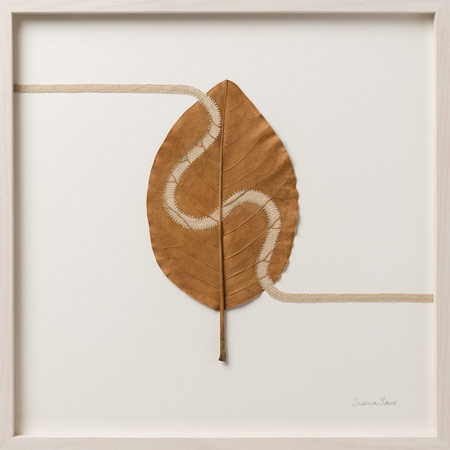 Susanna Bauer – VOLTA Basel
In her series of sewn together and crocheted leaves and twigs, Susanna Bauer considers the fragility of nature and humans’ inextricable tie to its survival. The Cornwall, England-based artist, careful not to crunch the dry leaves in the process, purposefully cuts out some parts, rearranges them, and crochets them back together creating masterpieces. Details of small patches or the complete outline of browned leaves, draw the viewers’ attention the natural growth patterns found in home interiors. A selection of her free-standing and framed sculptures were showcased in Le Salon Vert at VOLTA Basel in Switzerland in June 2019.

The World Piece campaign by Momondo
On June 14th, Momondo, a digital search platform for hotels and flights, launched its international campaign, a real project involving 61 people belonging to very different countries and social realities, all willing to tell their own story in an absolutely original way. Each of them participated, with their own bodies and their own story, in creating a single shared tattoo, The World Piece. Mo Ganji, a famous tattoo artist, has designed for each of them a unique tattoo that, combined with the other 60, forms a single large living work of art. A dedicated website and a short film online tell about the campaign and its message of inclusion and brotherhood. And the project goes on… 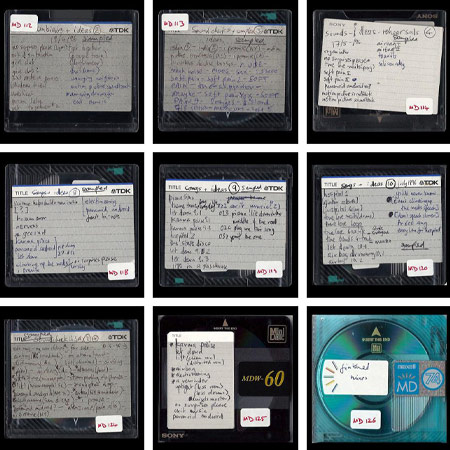 MINIDISC [HACKED] collection – Radiohead
“We got hacked last week – someone stole Thom’s minidisk archive from around the time of OK Computer, and reportedly demanded $150,000 on threat of releasing it. So instead of complaining – much – or ignoring it, we’re releasing all 18 hours on Bandcamp in aid of Extinction Rebellion: Just for the next 18 days. So for £18 you can find out if we should have paid that ransom.” This is the message that Radiohead’s Johnny Greenwood posted on the band’s Facebook on 11th of June, reacting quickly and effectively to online blackmail. In those 18 hours of recording all the studio work of the group is contained to realize the OK Computer album: demos, alternative versions and live jam sessions. A material not intended for publication, but very interesting for fans. Those who bought it, have the additional awareness of having contributed to the fight against mass extinction.