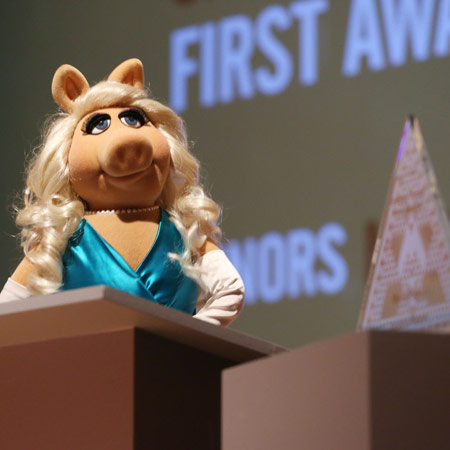 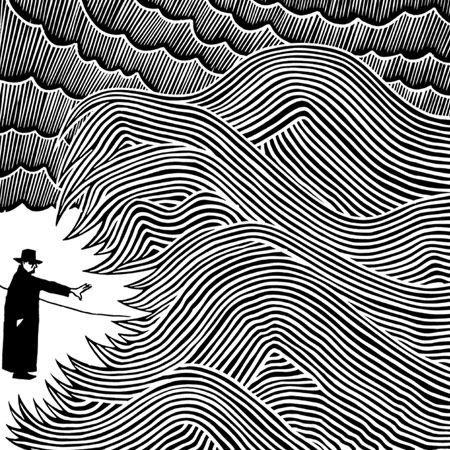 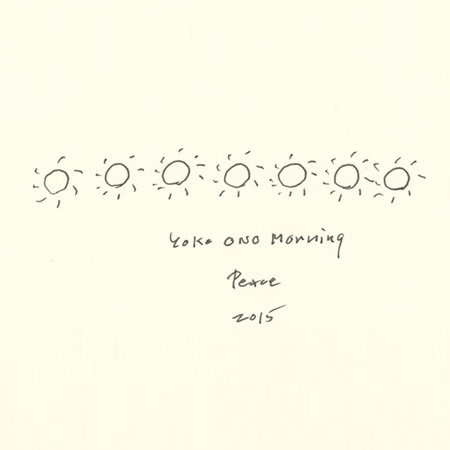 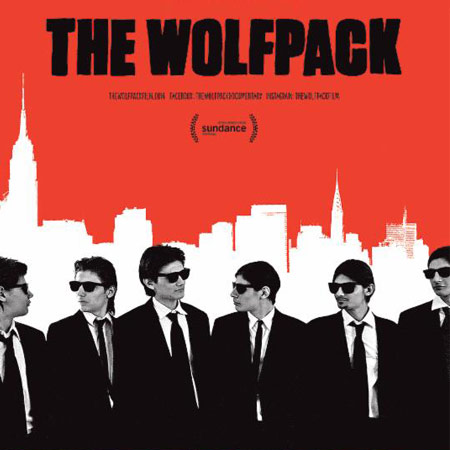 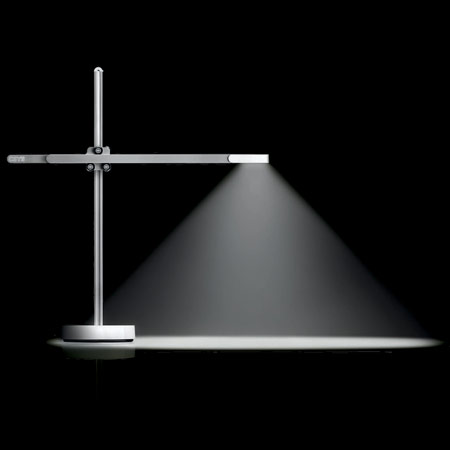 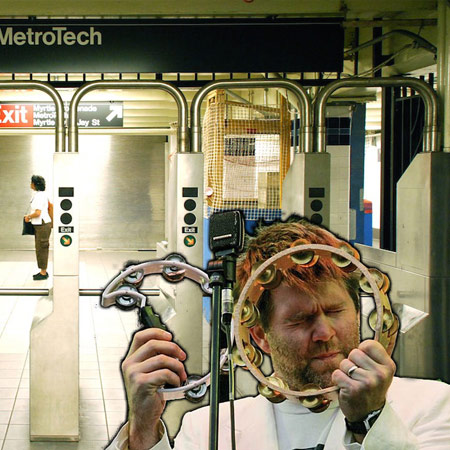 Subway Simphony – New York
The former LCD Soundsystem frontman wants to replace the off-key bleeps on subway turnstiles with soothing musical notes. James Murphy, a man who’s made a living colliding sounds, has worked on the project for nearly 20 years, after being inspired by the soothing sounds of the subway systems in cities such as Tokyo and Barcelona. Subway Symphony wants to change the sound of the subway turnstile into something more melodic – even beautiful: different pieces of music, depending on what station you’re entering. To make this idea a reality, Murphy partnered with Heineken as part of its Open Your City campaign to improve urban cities, presenting a video with some of the possible sound sequences and a website that will release a series of shorts on the project that explain why they think it’s important and the positive impact it would have on riders. 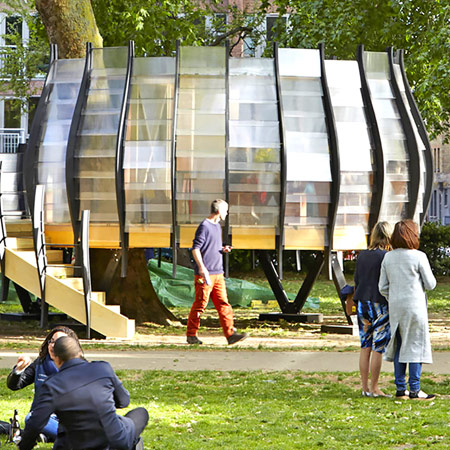 TREExOFFICE – London
Office workers and local groups have a new meeting space in London’s Hoxton Square thanks to a new, sustainable pop-up workspace. Wrapped around a tree trunk Hoxton Square and created for London Festival of Architecture 2015, the structure resembles to a translucent pod. The project, titled TREExOFFICE, is a collaborative design effort of several architects and engineers, all working to enhance the local environment while providing an interactive space and to encourage workers into the borough’s parks. The ‘tree-office’, which will be in place for seven months, is part of the Park Hack project, one of 11 projects in the UK piloting new business models that aim to generate investment in parks and open spaces. 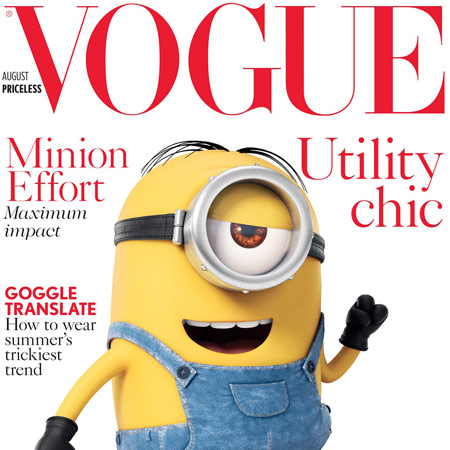 Minions Mania
The release of the new film “Despicable Me 2″ brakes out a real “Minions Mania”. Since April, the Pantone Color Institute has launched a new hue: the Yellow Minion that, after three years, updates the palette, now with 337 colors. The idea seems to have come from Pharell Williams, author of the soundtrack. In addition to numerous trailer, meme and sites dedicated to the film and its characters, many initiatives have been stimulated. For example, McDonald’s Brazilians and Filipinos have presented a limited edition version of the famous McNuggets: the form is the one of the Minions, the taste is the same as always. The Minion Mania has become a source of inspiration for Fashion. At the release of the film in UK, Selfridges, in collaboration with the Korean brand SJUP, has presented the “Minions Beautiful Yellow Collection”, which will be also launched in July at Colette in Paris, IT in Hong Kong and 10 Corso Como in Seoul. Suzy Menkes, director of Vogue UK has created a mockumentary focusing on the influence that the Minions – and the vitality of the ‘yellow’ – have had on the fashion industry from the beginning, devoting also the cover of the June issue of the Minions: the first time that a character in an animated film is celebrated by a cover of Vogue. 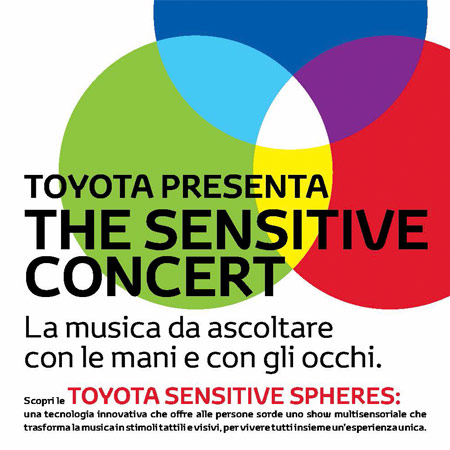 The Sensitive Concert and Toyota – Torino
During the Jazz Festival in Turin from May 28 to June 2, 2015, there took place The Sensitive Concert. A multisensory concert, the first of its kind, organized in collaboration with the Italian Ente Nazionale Sordi (the national deaf NPO) and dedicated to deaf people but not only for them. Toyota took part in the event by providing its know-how with the Toyota Sensitive Spheres, which integrate auditive perception with tactile stimuli, vibration, and visual stimuli, colors, to enable even deaf people to live the musical experience fully. Thousands of people attended this opening concert of the Fringe section of the Festival, the most experimental one, with the performance of My Love Supreme by Francesco Bearzatti. 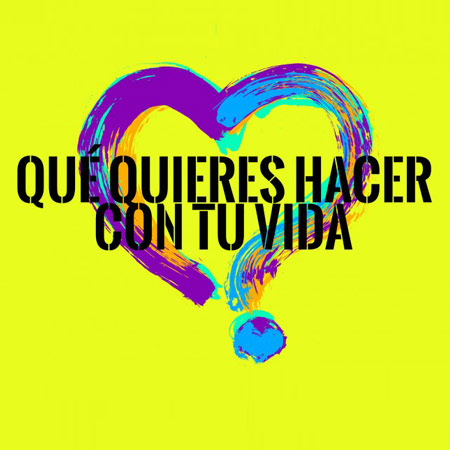 ¿Que quieres hacer con tu vida? Project – Spain
A group of young researchers has started a journey through the Spanish territory, looking for finding testimonials from young people. They departed from Madrid on June 3th – and will continue through the month of June. The objective of this project is focused on the question: What do you whant to do with your life?. This trip will help to develop a socio-anthropological research that will be published when concluded, through videorecording an open source documentary. As it could happen in travelling, this journey aims to remain open to any possibility of new knowledge from people. It is an project from Global Shapers of Madrid, a creative hub of 38 young people under 30 years, selected by The World Economic Forum with different profiles: entrepreneurs, artists, journalists, psychologists. Every year they carry on some independent social projects and share them in social aim. 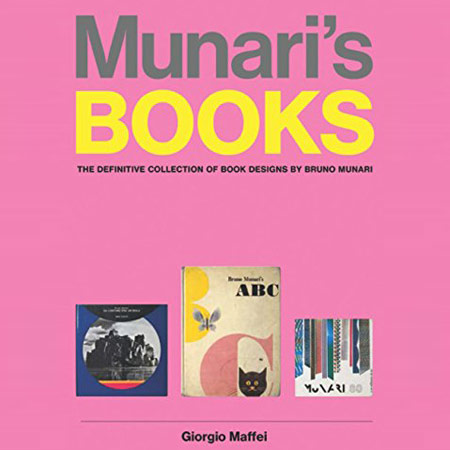 Munari’s Books by Giorgio Maffei
Bruno Munari was one of the undisputed masters of Italian creativity, defined by Pablo Picasso “the Leonardo of our time.” He was an artist, a graphic designer, an inventor, a true genius of the visual language. The book for Munari was the preferred way, his personal diary in which he recorded his experiences, an authentic register of extraordinary events. The object through which propose his vision of the world, by publishing, in his long and prolific career over 60, by design manuals and posters of visionaries, the many tactile books for children, in which Munari has experimented with different materials, types of binding, experimental typography, illustrations and amazing colors. In June 2015 was published in the US by Princeton Architectural Press, Munari’s Books an important and definitive monograph edited by the art historian Giorgio Maffei, which collects in one volume the work, the thought, the materials and the unique vision of great teacher. 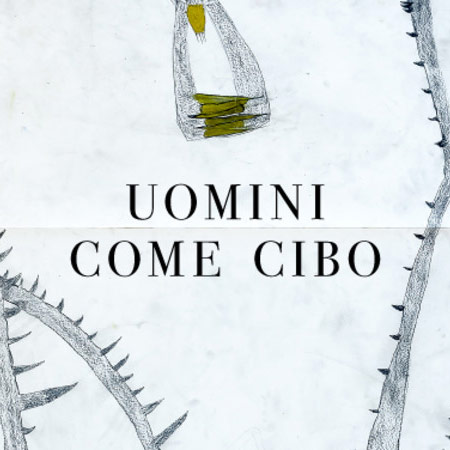 Men like Food exhibit- Maramotti Collection – Milan
At the Maramotti Collection in Milan, the Max Mara group presents Men like Food, an exhibition that can be visited only by reservation, which shows the works of forty people from the Atelier of the Error, a laboratory of visual arts as a complement to the Clinic of Neuropsychiatry of Reggio Emilia. It is visualized a sort of bestiary of fantastic creatures that feed on men. Men, so no more rulers, become objects of consumption and the animals embody the fears of those who have painted them. It is an emotional journey between the earth and the sky through these great paintings, where one can project his inner self. At the stores of the group Max Mara in Milan, the shoppers with the drawings of the Atelier are on sale. The proceeds will be donated to the NPO. 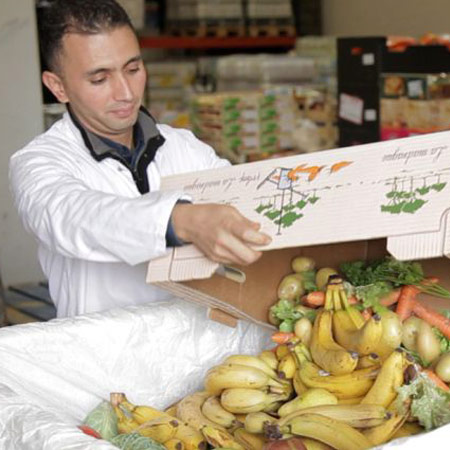 France passes new law forbidding food waste
France is cracking down on food waste with unprecedented determination. A new law has been passed in the country that will ban grocery stores from throwing away unsold food. If it’s still safe to eat, the food must be donated to charity; if not, it goes to farmers for use as animal feed or compost. Supermarkets will no longer be allowed to destroy unsold food intentionally in order to prevent people from eating it. There are many people who forage for food in Dumpsters behind stores, wanting to take advantage of the perfectly edible food that gets thrown away on a daily basis; and yet some stores retaliate, either by locking the bins or pouring bleach into them as a deterrent, a practice that Guillaume Garot, the former French food minister who proposed the new bill, describes as “scandalous.” Any large store over 400 square meters has until July 2016 to sign agreements with charities, or face fines of up to €75,000. 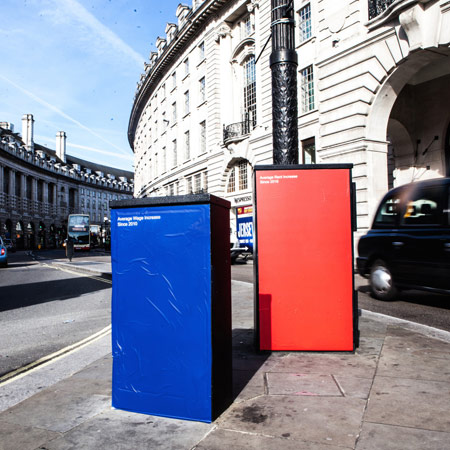 Street-chart: London’s Housing Crisis Illustrated
Arman Naji, the creator, came up with the idea after renting in Hackney, east London for four years after moving from Canada. An advertising creative, Naji used utility boxes around the capital to demonstrate how unaffordable and insecure housing is in London. These Street Graphs reveal the staggering rent increases and declining numbers of affordable houses in London, and document the frustration of many ordinary Londoners about current house prices. These frustrations are the results of rising rents, unaffordable properties and luxury flats going empty which characterise London’s housing market. 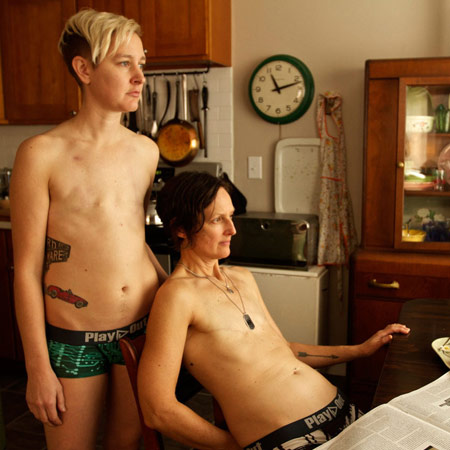 Play Out Underwear ad campaign
For its latest campaign, underwear company Play Out, which bills itself as the first gender-neutral underwear, wanted to highlight the beauty of three breast cancer survivors. The images feature three women that have undergone double mastectomies without reconstruction as models in order to challenge the way we perceive fashion, gender and bring awareness to breast cancer. Abby Sugar, the owner of the Play Out, declared that the models featured in the campaign are her good friends. The three models in the shoot, Jensen, Jodi Jaecks and Melly Testa, were all diagnosed with breast cancer at a young age and chose to not have breast reconstruction after their mastectomies. “We want to share their photographs, stories and experiences with you in the hopes that other breast cancer patients, especially in the LGBTQ community, will find role models, support and inspiration,” the company wrote on its website.