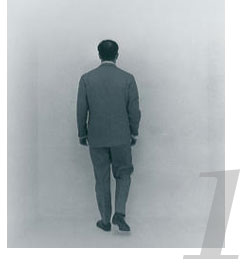 Invisible: Art about the Unseen 1957-2012 exhibit – Hayward Gallery – London
Back in 1958 Yves Klein exhibited a room filled with his sensibility, presenting for the first time “invisible” art. From 12 June until August 5 2012 at the Hayward gallery in London the “Invisible: Art about the Unseen 1957-2012” exhibition showcases around 50 works artworks that represent the unseen. Highlights include Yoko Ono’s sets of instructions for artists to follow to make a piece, Maurizio’s Cattelan’s ‘Denunzia’: a police statement reporting the theft of an invisible artwork and the installation ‘The Ghost of James Lee Evans’, a completely black room that visitors must pass through. Ralph Rugoff, director of the Hayward Gallery, has promised that the exhibition will “set our imaginations alight”.

Fish Art installation at Botafogo beach – Rio de Janeiro
An art installation on Botafogo Beach shows three gigantic fishes made from discarded plastic bottles. The fish have been built as if they are coming out of the sand. The slogan on a sign beside the installation loosely translates to, “recycle your attitude”. The sculptures were created to send a message to be more environmentally conscious about the fish living in the sea and to raise awareness for the recently completed United Nations Conference on Sustainable Development, dubbed Rio+20. This incredible creation features humongous fish structures are lit at night and illuminate the coast. 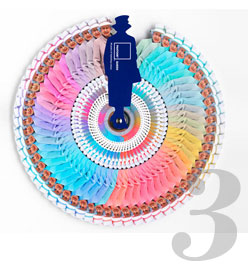 Jubilee Pantone Queen Palette
For queen Elizabeth II’s diamond jubilee, celebrating 60 years of her reign over England, advertising agency Leo Burnett London and Pantone have developed a numbered shade guide to her majesty’s most memorable choices of colour for her stately ensembles. The creative companies have collaborated in order to assemble a limited edition pigment manual picturing the queen’s six decades on the British throne. The small, queen-shaped book contains sixty years of Queen Elizabeth II’s most memorable wardrobe shades, printed by precision imaging using HP indigo technology and is comprised of sixty separate images picturing varying pigments. Beginning with colour choices dating back to the queen’s coronation, each of the individual shade references include the date and location of that particular ensemble. 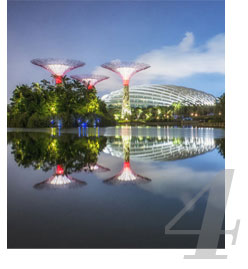 Garden by the Bay – Bay South Garden – Singapore
In Singapore, the Garden by the Bay, the Island’s mega horticultural project, starts to reveal its magic, with the largest part on the Bay South Garden now open to the public for exploration. A world away from your kitchen garden, this urban oasis blows the mind with its futuristic Supertrees, vertical gardens and two glass biomes – dubbed “Cloud Forest” and “Flower Dome” designed to replicate the cool-moist climate of the tropical mountain regions, the Mediterranean and semi-arid sub-tropical regions. After dark the light and sound show amidst the giant Supertrees is a must-see. 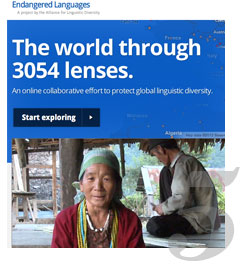 Endangered Languages Project by Google
On June 21st Google launched a new website, Endangered Languages Project, aimed at helping preserve the more than 3,000 languages of the world that are at risk of extinction. The goal of the Endangered Languages Project is to compile the most up-to-date and comprehensive information about endangered languages and share the latest research about those languages and efforts to preserve them. As part of the effort to revive dying languages, the website will use video, audio and social media tools to connect speakers with each other and with those who want to learn their language. Native speakers will be encouraged to upload videos, audio recordings and books in their own language and share their insights on grammar and vocabulary. 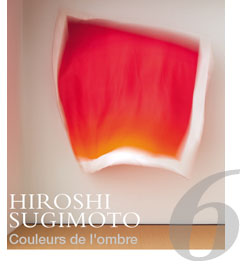 Colors of Shadow by Hiroshi Sugimoto for Hermes
The French luxury brand Hermes has teamed up with Japanese photographer Hiroshi Sugimoto to create a collection of limited edition scarves based on his Colors of Shadow series. Colors of Shadow by Sugimoto is a decade-long project inspired by the scientific experiments developed by Newton and Goethe on the origins of colour, East Asian Buddhist doctrines and our psychological response to colour. Twenty of more than 200 snapshots of dawn taken in Sugimoto’s teahouse in Tokyo with a Polaroid where transformed in a limited edition of 140 scarves in total (seven of each of the twenty designs), which are being sold for $10,000 each. Colors of shadows, realized through the collaboration between Sugimoto and Pierre Alexis Dumas, Hermes’ creative director, opened to the public at the Art Fair in Basel this June. 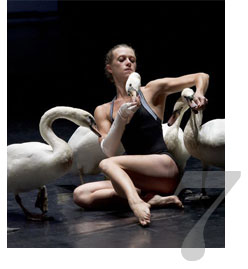 Swan by Luc Petton – Théâtre National de Chaillot – Paris
Swan, a dance performance outside the box of traditional ballet, put on the show the dancers of Luc Petton’s company, Le Guetteur, together with ten swans, alive and “born to be dancers” too. “Swans convey the poetry of life, a certain insouciance” said the French choreographer, “For me the dancer is the cousin of the bird.” Swan is a combination of set choreography and improvisation, the dancers continually observing and anticipating the birds’ movements, leading or reacting. The realization of the show began in 2010 when, after the eggs hatched, the cygnets meet, become familiar with and accustomed to the dancers with whom they would have gone on stage after two years. 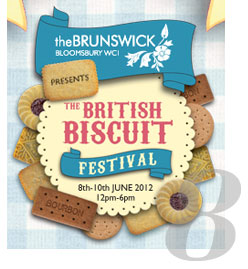 British Biscuit Festival – Brunswick Centre – London
From digestives to custard creams to wafers, biscuits are about as British as it gets. And now there’s an all-things-biscuit festival coming to London that’s sure to send folks on a sugar rush. From the 8th June 2012, the Brunswick Centre in London hosted the first ever British Biscuit Festival, a three day celebration with biscuit-centric activities and entertainment aimed to please young and old alike. During the festival, a tasty assortment of biscuit makers, ‘experimentalists’ and biscuit-themed artists will showcase their goodies. Grown up biscuit enthusiasts will have a chance to enjoy jasmine tea infused cocktails out of chocolate cups while sweet tooths of any age will get to nibble on jazzed up biscuit delights such as elderflower, Earl Grey and shortbread flavoured macaroons. 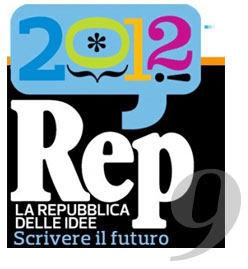 La Repubblica delle Idee (The Republic of ideas) – Bologna
The first festival organized by the newspaper La Repubblica, The Republic of ideas. From Thursday 14 to Sunday June 17 in the old city centre, more than seventy events (interviews, exhibitions, debates, movies, theatre plays, concerts, conferences) have been organized and attended by some of the most eminent people, in cultural, scientific, economic fields. Writing the future is the claim and the focus of this great meeting: starting from the ideas, that are expression of one single man or of a community, to build a common perspective as broad as possible. The opening ceremony Thursday, June 14 at the Republic House, was opened by director Ezio Mauro. Many workshops on writing activities, with the aim of attracting young people to journalism, shedding light on the techniques and roles that are generally held in the backstage, were held. 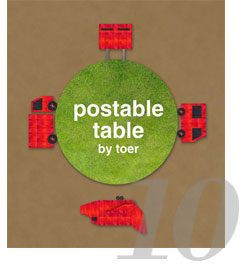 Postable table by Studio Toer – The Netherlands
By considering changes in customer behaviour and the online revolution of the retail industry, Eindhoven-based Studio Toer has developed Postable, three different sized stainless steel tables that when disassembled can fit inside a shipping envelope. The Postable table’s modular design not only allows it to squeeze inside shipping packages usually reserved for letters, but by simply increasing the number of panels included, it can serve as either a small coffee table or something that can be used for work and dining. The tables can be purchased online and are sent directly to the customer’s home. The smallest and most ‘affordable’ version measuring 23” costs 190 Euros.