The Fashion World of Jean Paul Gaultier: From the Sidewalk to the Catwalk exhibition – Museum of Fine Arts – Montreal 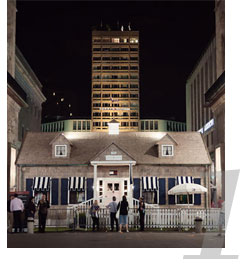 Preppy House by Tommy Hilfiger – Milan
From June 18th till the 25th, during Milan’s men fashion week, you could find Tommy Hilfiger‘s Preppy house in Piazza Duomo. The Preppy house is a classic East Coast house, entirely made of wood, painted in blue and white, which would usually overlook a beautiful beach. After New York, London and Paris, you could now find it (and visit it) in Milan. Inside, you will find the entire Prep World capsule collection. Their staff there to welcome the visitors. At the inauguration, the special guests were Cristiana Capotondi, Nina Senicar, Francesco Scianna and many others. This is not the only event by Tommy Hilfiger: a special event called “Preppy with me” is to be held on Wednesday the 22nd, from 17:00 onwards at 10 Corso Como to show the collection. 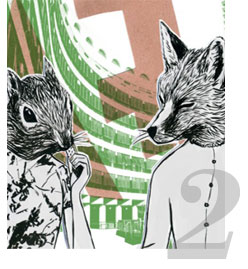 Archi Food Walks – London
Using London’s streets as a stage, the Archi Food Walks, launched by Fox&Squirrel, go way beyond the pop-up to provide an unrepeatable experience in which the city itself becomes both gallery and dining room. Archi-Food leader John Bingham-Hall has mapped out routes that will reveal an intriguing side to London’s architecture and introduce each group (comprising no more than a dozen people) to some of the architects behind it, whilst keeping it fuelled at some of the city’s finest establishments and with guerrilla dining which taps into its depthful gastronomic history. Each walk is based on a unique theme and is provided with contextual information about their surroundings, the architecture and its relation to Londoners, while taking to sample unique dishes from a specially commissioned menu. By Combining architecture and food, Fox&Squirrel are able to evoke the flavours and feeling of life in London. 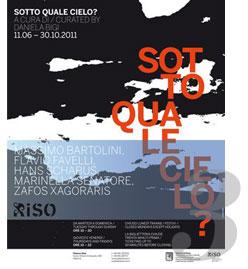 Beneath what sky? Exhibit – Palazzo Riso – Palermo
The large exhibition “Beneath what sky?” has been opened in Palermo on June 10th at Palazzo Riso, the Museum of Contemporary Art of Sicily. The exhibition is the final phase of a larger project by the museum, whose theme is the Sicilian landscape: real, depicted, artificial. The artists (Massimo Bartolini, Flavio Favelli, Hans Schabus, Marinella Senatore and Zafos Xagoraris) were asked to look to the territory, to listen to it, to read its landscape, in a direct and daily relationship with the host communities. The curator Daniela Bigi says: “Commitment, memory, personal situation, collective condition, tracked between visibility and invisibility of the landscape, represent the circuit in sense of this Sicilian experience, because after all we are the landscape.” 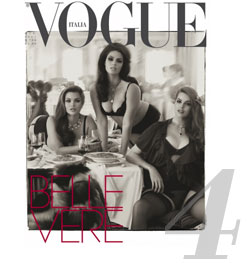 “Belle Vere”: Cover Story Vogue Italia
Vogue Italia has thrown the fashion world a major curveball — by placing three plus-size models on its June 2011 cover. The decision to shoot models Tara Lynn, Candice Huffine and Robyn Lawley isn’t a mere publicity stunt. It builds on efforts by the magazine’s audacious editor-in-chief Franca Sozzani to highlight the beauty of women with a bit of meat on their bones. In February Sozzani launched the website Vogue Curvy, which offers style tips to women who aren’t a size zero, and praises style “curvy icons” like Kim Kardashian and Oprah Winfrey who exude elegance in larger sizes. She’s also launched a campaign to shut down web sites that promote anorexia. 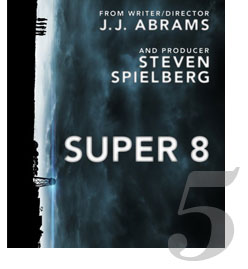 Super 8 by J.J. Abrams
Super 8, released on June 9th in the USA, is the ultimate home movie directed by J.J. Abrams, the acclaimed director of Lost, and producer Steven Spielberg, a feature built to scare you silly and maybe save the world. What happens when a kid with a camera finds reality rocketing beyond his alien fantasies? The answer is a scaring mash with a child’s heart. Set in an Ohio steel town in the summer of 1979, Super 8 blends the fun vibe of The Goon¬ies (story by Spielberg) with the parallel-universe thrills of Abrams’ Lost and Fringe. The protagonists are the newcomer Joel Courtney, 14, a boy reeling from the death of his mother and the emotional absence of his dad, and Elle Fanning, the brilliant interpreter of Sofia Coppola’s Somewhere. With a perfect plot and a true heart, the movie hits the soul of the public. 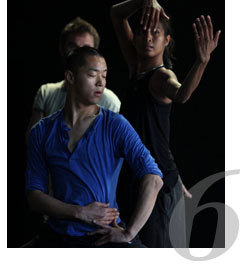 Brilliant Corners by Emanuel Gat – Biennale Danza – Venice
Emanuel Gat’s new production Brilliant Corners, exploring the ephemeral art of dance, made its world premiere debut on June 24th at the Teatro Piccolo Arsenale, during Biennale Danza of Venice. To create dance like Thelonious Monk composed music: Brilliant Corners was written with this ambition, referring in the title to the homonymous album released by the great American pianist in 1957 which became one of the milestones in jazz history. Emanuel Gat does not use the music of the great and enigmatic composer, which will be absent from the performance, but borrows it as a model for his creative research. The performance hence becomes a way to speak of dance, to highlight how the choreographic writing takes shape and evolves with the dynamics of the dancers. 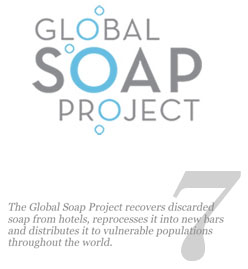 Global Soap Project – CNN Heroes Award 2011
The Global Soap Project, a nonprofit organization based in Atlanta, has collected 100 tons of used soap from hotels in the United States and reprocessed it into new bars for shipment to impoverished nations such as Haiti, Uganda, Kenya and Swaziland. Derreck Kayongo, a Ugandan war refugee, founded the group. For Kayongo, collecting soap is “a first line of defense” mission to combat child-mortality around the world. It started as a one-man operation in his basement with the goal of helping vulnerable communities fight disease. Now, the Global Soap Project has grown into an effort that includes 300 hotels and hundreds of volunteers all over the country operating out of a donated warehouse. He is a recipient of the CNN Heroes Award 2011. 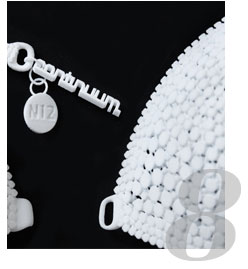 N12 Bikini by Continuum – USA
The first seamless bikini, obtained with 3D printing, was presented by Continuum Fashion. Designed with Rhino 3D CAD software, takes its name from the high-tech material that is printed, the artificial material Nylon 12, thick only 0.7 mm which has allowed to create thread-like connections between the various components of the bikini, giving a particular design that leaves the skin dry from the water very quickly. As explained in Continuum’s site, this is the beginning of what could be the future of clothing: you can print on different materials, you can have disposable clothes, used only for a specific occasion, and of course the possibility of printing them in real time. 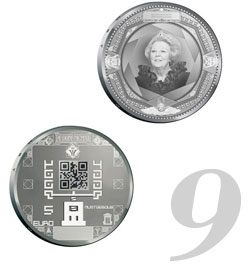 New Dutch Coin Features QR Code
Although some consider plastic to be the currency of the future, the Netherlands recently introduced a thoroughly modern coin that the holder can actually scan with their smartphone in order to get additional information. This coin launched on the 22nd of June to celebrate the Royal Dutch Mint’s 100th anniversary has a QR code (short for Quick Response Code) on the “tail” side. To access the hidden information all the holder needs is a smartphone with a camera and a downloadable app (such as QR Droid on Android and QR Reader for iPhone). Once scanned the QR code takes the holder to the mint’s website, which includes a series of commemorative “surprises.” 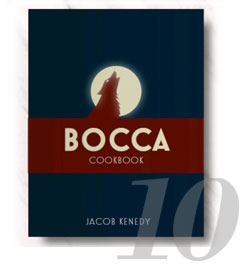 Bocca Cookbook by Jacob Kenedy – United Kingdom
There are many, many cookbooks about Italian food, but Bocca Cookbook stands out. Jacob Kenedy, who runs the small and starry restaurant Bocca di Lupo in London, spent a year travelling through Italy collecting recipes odd, unusual, unfamiliar dishes discovered in obscure places. The result is nearly 500 pages of food you want to eat. More importantly, you also want to cook it, and since Kenedy is a fan of the short recipe, you feel more than inclined to give it a go. Each recipe comes with a short introduction explaining its history or provenance. Rose cake, for instance, is shaped like a bunch of opening rosebuds and was invented for the wedding of Isabella d’Este to Marquis Gonzaga of Mantua in 1490.