Music For Men by Gossip 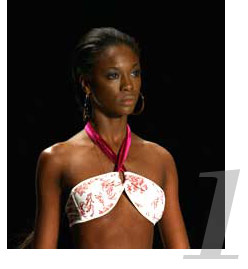 Black quota on catwalk – Fashion Week – Sao Paulo
San Paolo Fashion Week, 2009 edition presents a new relevant innovation: a quota system imposed by the organizers, known as “black quota”. In the last SPFW, that took place in January, just eight of the 344 models were black. But that low proportion of blacks, in a country where half the population of 190 million is of African descent, raised hackles with Sao Paulo’s prosecutors. Their warnings of legal action, and a vow by an anti-racism group to hold a rogue black fashion event in front of the SPFW, prompted the move to a quota system, backed by fines for any recalcitrant labels. Under the deal, SPFW promised that at least 10 percent of the models in this 2009 edition would be black or indigenous. 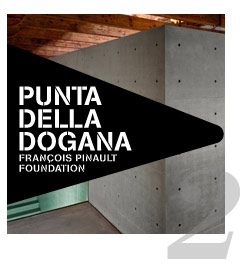 Punta della Dogana by Tadao Ando – Venice
The Punta della Dogana museum by the Japanese architect, Tadao Ando opened to the public on June 6th during the Venice art biennale. Its first exhibition ‘Mapping the studio: artists from the François Pinault collection’, one of the world’s largest collections of contemporary art. The new gallery will expand the Pinault foundation’s presence in Venice, who already owns Palazzo Grassi. The Punta della Dogana building has a simple and rational structure. The volume forms a triangle that directly corresponds to the shape of the tip of Dorsoduro island, whereas its interior space is dividend into long rectangles by a series of parallel walls. 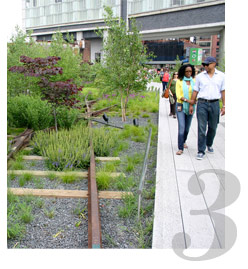 The High Line – New York
The long awaited High Line is a new concept of public park, made on the remains of an old elevated railway in the very heart of Manhattan’s West Side. It runs from Gansevoort Street in the Meatpacking District to 34th Street. Section 1 of the High Line, which opened to the public on June 9, runs from Gansevoort Street to 20th Street. When all sections are complete, the High Line will be a mile-and-a-half-long elevated park. It features an integrated wild landscape, designed by landscape architects James Corner Field Operations, with architects Diller Scofidio + Renfro, combining meandering concrete pathways with naturalistic plantings. Fixed and movable seating, lighting, and works of art. 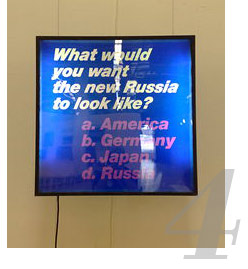 Russian Lettrism Exhibition – Moscow
In collaboration with the Moscow Open Book Festival, the Central Artists House organized a historical exhibition on the use of text in Russian artworks. The “Russian Lettrism” exhibition explores the idea that a Russian artist is necessarily dependent on text. Covering fifty years, from Russian Conceptualism to graffiti art to the present, includes paintings, graphics, photographic works, and objects which all rely on text. The exhibition features works by contemporary Russian artists, such as Erik Bulatov and Avdey Ter-Oganyan, that involve text, words and letters. 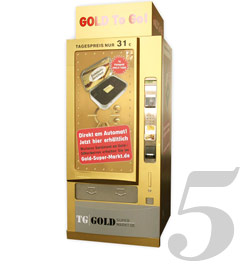 Gold Vending Machine – Frankfurt
Looking to capitalize on the popularity of gold investments in these tough economic times, TG-Gold-Super-Markt is installing vending machines that dispense 1g, 5g and 10g bars / gold coins at 500 locations in Germany. A prototype Gold-to-Go machine in the Frankfurt Airport initially charged customers around 30 euro for a 1g wafer of gold. The prices update every two minutes and average about 30% higher than market value for the cheapest product. So, given the premium price and extremely small quantity sizes, this really isn’t much of an investment at all—more like a novelty or a unique gift idea. On the other hand, it does seem like a great target for thieves, although the company does monitor the devices with cameras and claims that the casing can withstand a dynamite blast. 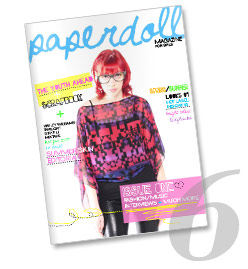 Paperdoll Magazine – UK
Paperdoll is a new british magazine on sale from the start of June 2009. The magazine is aimed at a young female target passionate about fashion, art and music. The originality of the project is in the inspiration taken from the game of paper dolls, not only used in the name of the magazine, but also in its structure and the fruition of the articles and contents. The graphics are modern colourful and engaging and invite the reader not only to learn, but above all to play and have fun with the object itself. The whole magazine can be downloaded and printed from the site. 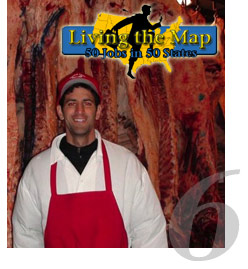 Daniel Seddiqui: 50 Jobs 50 States 50 Weeks – USA
Daniel Seddiqui is on a mission. As the nation struggles with a recession, and people are having trouble finding a job, 26-year-old Seddiqui is hoping to find 50. After 40 job interviews and as many rejections, the Californian guy set out across America to land 50 jobs in 50 states in 50 weeks. His goal is “to explore the diverse careers, environments, and cultures offered in America,” according to his website Living the Map, where the challenge can be followed daily. Today, Seddiqui, who holds an Economics degree from the University of Southern California, is working in Delaware. During past weeks he worked as coal miner, butcher, dietician, cheesemaker, gardener, fashion agent, living statue and so on. 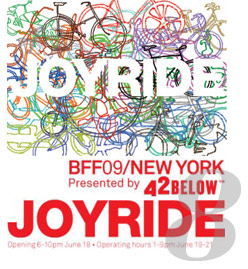 Joy Ride at the NY Bicycle Film Festival – New York
The ninth edition of the NY Bicycle Film Festival (June 17/21) starts this year with a new collaboration between artists and cyclists. Festival founder Brendt Barbur, after being knocked off his bike on Third Avenue by a bus, has co-curated Joy Ride, an art show that starts on June 18th involving several hip galleries in Manhattan’s Lower East Side like the Collective Hardware and the Puffin Room. The exhibition, which aim is to encouraging viewers to ride their bike from gallery to gallery, features either works of renowned wheelers like the Alleycats and Recumbents and artists that have designed handcraft about riding, like Kenny Scharf’s bicycle with a tail. 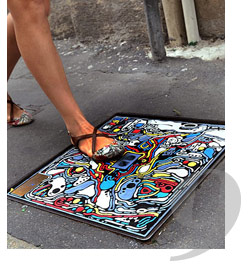 Sopra il Sotto (Above the Below) – Manhole Cover Art – Milan
From June 11th Milan’s design district Zona Tortona hosts an open air exhibition Sopra il Sotto (Above the Below) to “trample on”: 30 coloured art manholes in cast-iron force people to look down and, maybe, wonder what is underneath… 5000 km of optical fiber that make Milan Europe’s most wired city. To celebrate its first decade, Metroweb, the cities network owner, has invited 16 young and well-known street artists to freely interpret the network topic using the manholes that cover the cables, taking out “what is below” to create a different dialogue with the city and its vital fluids. 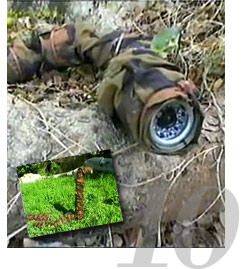 Surveillance Snake Robot – Israel
The Israeli Defense Forces have released video of a snakelike surveillance robot it is developing with help from the Technion-Israel Institute of Technology to help investigate buildings, caves, tunnels and other hard-to-reach areas. The two-meter-long snake, covered in desert camouflage, carries a video camera on its front, which broadcasts the video back to its controller, who uses a laptop and encrypted wireless links to control the remote-slithering vehicle. The snake, which is still in prototype and has not yet been manufactured for field use, is designed primarily as an observation platform, but can also carry explosives that can be detonated remotely by the operator.