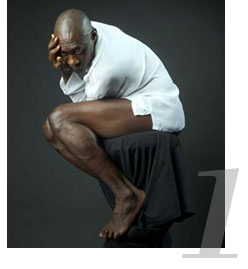 Auction of dancers and dances by Ismail Ivio – Biennale Dance – Venice
In this edition of Biennale Dance in Venice, directed by the Brazilian dancer and choreographer Ismail Ivo, there was an event called Market of the body: auction of dancers and dances, a real auction in which performances and performers are sold as if they were goods. Dancers are presented in a show and the audience can pay to have a private performance of their favourite dancer: a choreographic “game” that becomes a metaphore of the commercialization of bodies and souls. 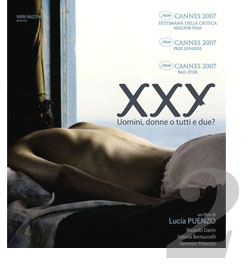 XXY by Lucia Puenzo
XXY by Lucia Puenzo – winner of an award in Cannes and presented in Italy during Taormina Festival – is the dramatic story of a 15-year-old hermaphrodite, Alex, who falls in love with Alvaro, his surgeon’s son. The title of the movie – XXY- is the formula that describes the genetic situation of a human being who is half man and half woman but, as a metaphore, represents also the social drama of many other human beings who are, for various reasons, constantly excluded. 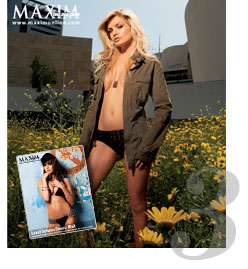 Maxim showcases the Israeli army’s secret weapon: beautiful soldiers
A new Israeli public relations effort wants the country known less for its conflict with the Palestinians or for its myriad holy sites than for its beautiful women in uniform. Or, more accurately, out of uniform. A photo spread in the upcoming July issue of the U.S. lad mag Maxim features a roster of Israeli models, all ex-soldiers,photographed wearing very little in the cause of their country. Initiated by Israel’s New York consulate and headlined “Women of the Israel Defense Forces,” the campaign has already been criticized as inappropriate by some in Israel. 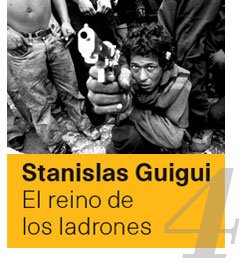 El reino de los ladrones (Kingdom of thieves) by Stanislas Guigui – PhotoEspana – Madrid
PhotoEspana presents Stanislas Guigui’s El reino de los ladrones (Kingdom of thieves), a two part work made entirely in Colombia with a documentary aim. The first part is a testimony to life in one of Bogota’s most troubled neighbourhoods, known as “el patio de los Milagros” (The patio of miracles). To make these photographs, Stanislas Guigui had to infiltrate the gangs on Bogotà and live among them for more than two years. His images, contains scenes of fighting, friendship and survival in one of the most forsaken corners of the planet. The second part, which was developed in studio, portraits people who live in the street whom nobody want to see. 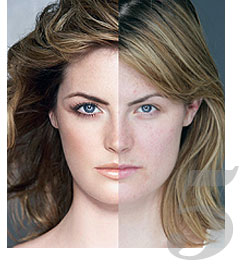 Dove Evolution wins Cyber Lion 2007 – Cannes
The winner of the Grand Prix for viral marketing at Cannes Lions International Advertising Festival is the viral ad for Dove called Evolution. The commercial, a time-lapsed look at a woman being made up and then Photoshopped for a billboard, illustrates how our perceptions of beauty are manipulated and distorted. Produced by Toronto Ogilvy & Mather, this advert is based on a from Tim Piper, who wrote and co-directed the movie after seeing his girlfriend constantly primp with makeup. It was part of Dove’s Self-Esteem campaign, which has been lauded for turning the selling of beauty products on its head. 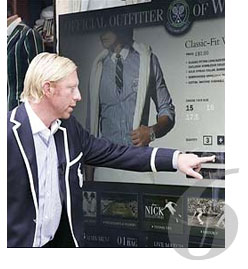 Interactive shop window by Ralph Laurent
The interactive display window by Ralph Lauren has been opened in London by ex-tennis player Boris Becker and therefore also in the Milan store. It is a display 78 inches window touch-screen sensitive during which 24 hours a day, it will be possible – for all Wimbledon tennis championship, whose the brand is main sponsor – to acquire products selected by the simple using of your hands. The display window is such an extension of the store, and the payment is by credit cards or by mail or phone. A video will show all the tennis tournament. 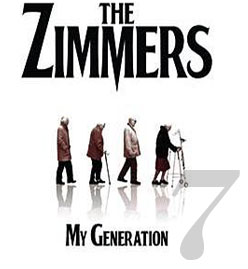 The Zimmers, the oldest band in the world – United Kingdom
The Zimmers are a British band thought to have the oldest members in the world: the lead singer, Alf, is 90, the oldest member, Buster, is 100. The sum of the age of the more of its 40 components, males and females, is meant to be more than 3000 years. They take their name from the “ zimmer frame” a metallic tool that supports elders people walking. The band was created as a feature in a BBC television documentary first broadcasted at the end of May / beginning of June 2007. The documentary-maker Tim Samuels wanted to give voice to elders people living in institutions all around Britain, and his initiative culminated in a single recorded on the legendary Beatles Studio 2 in Abbey Road, London, which is a remake (and a parody) of Who’s song My Generation. 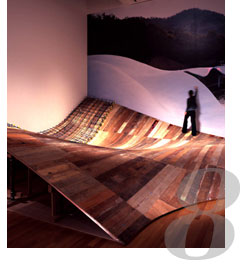 Toyo Ito: The New “Real” in Architecture – Tokyo
This exhibition, opened on June 9 in Tokyo examines Ito‘s new ideas in architecture by focusing on nine works, from the Sendai Mediatheque that opened at the turn of the millennium to his latest Project for Taichung Metropolitan Opera House. The entire exhibition space is designed to give the viewer a full body-and-mind experience of Ito’s New “Real” in architecture and to provide a view of the strategic moments of each projects’ building phase. Projections, videos and wide-scale models allows visitors o enter straight into the heart of the artist’s vision, and in particular into his philosophy of he “emerging grid” curvilinear floor. 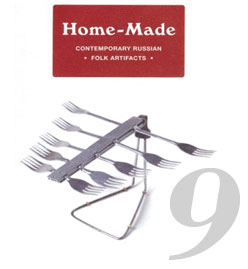 Home-Made: Contemporary Russian Folk Artifacts by Vladimir Arkhipov – Russia
The recently published book Home-Made: Contemporary Russian Folk Artifacts, written by Moscow artist Vladimir Arkhipov highlights the best of the everyday objects made by Russian people during the Soviet Union era, characterized by the lack of access to manufactured goods. Among the gathered artifacts that give evidence, are a back massager from a wooden abacus, a television antenna from unwanted forks, and a tiny bathtub plug from a boot heel. The author is himself a self-taught artist: he began collecting and cataloguing these everyday objects in 1994. He accompanies each artifact with a photograph of the maker and his or her story. 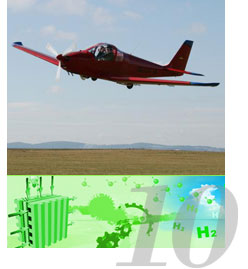 EU project to develop first fuel-cell aircraft – Turin
Designing the first fuel-cell manned intercity aircraft is the goal of a recently launched EU-funded project., the Environmentally Friendly Inter City Aircraft powered by Fuel Cells (ENFICA-FC). The Polytechnic of Turin is leading the project, the goal of which is to develop an intercity aircraft that uses fuel cell technology for the propulsion system, and hydrogen storage. The advantages of deploying these technologies will be low noise and low emissions – features which are relevant for commuter airplanes, which usually take off and land in urban areas.