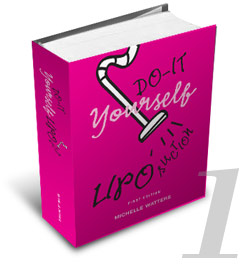 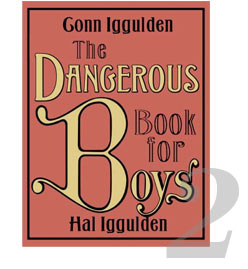 The Dangerous Book for Boys – UK
How many other books will help you thrash someone at conkers, race your own go-cart, and identify the best quotations from Shakespeare? The Dangerous Book for Boys gives you facts and figures at your fingertips – swot up on the solar system, learn about famous battles and read inspiring stories of incredible courage and bravery. Teach your old dog new tricks. Make a pinhole camera. Understand the laws of cricket. There’s a whole world out there: with this book, anyone can get out and explore it. The Dangerous Book for Boys is written with the verve and passion that readers of Conn Iggulden’s number one bestselling novels have come to expect. This book, his first non-fiction work, has been written with his brother as a celebration of the long summers of their youth and as a compendium of information so vital to men of all ages. Lavishly designed and fully illustrated in colour and black and white throughout, it’s set to be a perfect gift for Father’s Day and beyond. 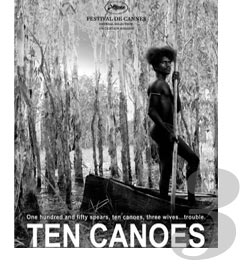 Ten Canoes by Rolf de Heer and Peter Djigirr
Ten Canoes, three wives, 150 spears, trouble… Set centuries ago and in mythical times, Ten Canoes is a surreal tragi-comedy in the Ganalbingu language of the remote Arafura Swamp region of north-eastern Arnhem Land. With English narration by the great David Gulpilil. The film is unique in that it is the first feature film to be shot entirely in Aboriginal language (predominantly Ganalbingu), and it is set both in the past (centuries ago, before the coming of white people to Australia) and in the Ganalbingu mythical past. It is a tragi-comedy, a cautionary tale of love, lust and revenge gone wrong that, incidental to its central story line, also explores something of the “old ways”. Indigenous people from the area are involved at most levels of the production, from input into and editorial control of the script to the casting and selection of locations. 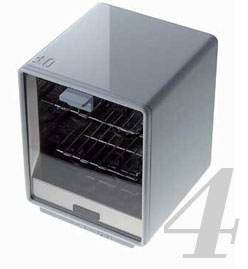 Super Normal – Tokyo
The designers Naoto Fukasawa and Jasper Morrison have decided to assemble a collection of products, which are similarly enjoyable to use and to look at without resorting to stylistic gimmicks. The pieces they chose – ranging from inexpensive items like a paper clip and Bic biro, to Fukasawa’s stools and the futuristic Joyn workspace designed by the French brothers Ronan and Erwan Bouroullec for Vitra – are now on display in Super Normal, an exhibition at the Axis Gallery in Tokyo. The Super Normal project is a manifesto for the design philosophy that Morrison and Fukasawa have adopted throughout their careers. 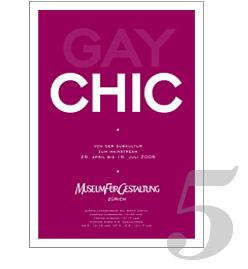 Gay Chic: from subculture to mainstream
“Gay Chic” takes up a topical social subject. It looks at the way style and aesthetics from the homosexual subculture are affecting our everyday visual lives and setting trends. This happens for a number of reasons: for example, society perceives gays and lesbians differently, homosexual and heterosexual lifestyles are mutually influential and people enjoy playing with male and female role images. This exhibition creates a visual dialogue showing how “Gay Chic” influences advertising, fashion, mass media, films and pop music, but also the significance of historical figures like the “dandy” and the fashionable “garçonne” female type, alongside the artistic models. 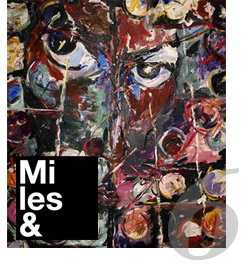 The Colour of Miles Davis – paintings, drawings, videos – Venice
A new show at Venice’s Fenice opera house will be an eye-opener for Miles Davis fans who did not know that the jazz legend was also an accomplished painter. The exhibition is entitled ‘The Colour of Miles Davis – paintings, drawings, videos’ and runs until July 31. It features dozens of the great trumpeter’s works, which are spread around different parts of the historic theatre. The paintings are large, very colourful and created in a variety of styles, both abstract and figurative. They were produced in the 1980s, during a spell in which Davis’ temporarily used the brush as his main form of artistic expression, rather than the trumpet. All the works are intriguing and some, like his interpretation of New York by Night, are strikingly beautiful, curator Chiara Bertola said. “Davis did not limit himself to painting the sounds of his jazz, he took up a new form and sought out his own original style, which continually developed,” added Bertola. “Music and painting contaminated each other (in his art). These two languages of expression came to resemble each other in ways they had never done before”. The show gives visitors insight into the soul of one of the most influential and innovative musicians of the 20th century, a man whose work was at the forefront of almost every major post-war development in jazz. One of the highlights is a fascinating self-portrait. In this, the artist’s large, stern eyes emerge through a grid of coloured circles to confront the viewer. The works are accompanied by Davis’ music and video footage of his concerts. 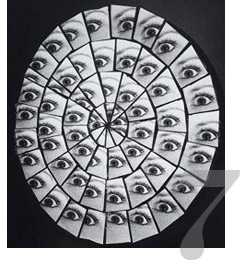 International Biennial of photography – Brescia
It opened in Brescia the International Biennial of photography, promoted by the City Government and organized by the Ken Damy Museum. It comprises 33 exhibitions, in public and private spaces crossing all over the city. The main exposure is inside the Museum of Saint Julia and it proposes an attempt of an history of the feminine photography. It is also interesting the collective exhibition inside the Castle “Contempor’ art” in which there are to photos by Marina Abramovich and Beecroft, and one exhibition of a private collection in the Ken Damy Museum. Between the personal exhibitions, it is interesting an anthological of the photographer Francesca Woodman cared by Massimo Minini. 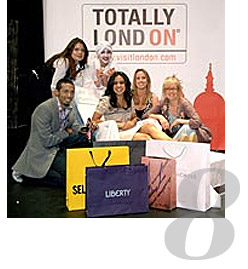 The first ever live theatrical commercial in US – New York
British actress Parminder Nagra appeared on a New York stage as part of a live commercial to promote tourism in London. Nagra, who stars on ER, made a cameo appearance with a troupe organised by the British tourism group Visit London. The commercial was to make its New York debut before a performance of Stomp at the Orpheum Theatre. The growing commercialisation has some critics turning thumbs down. “They’re trying to turn Broadway into ad-way,” says Gary Ruskin of watchdog group Commercial Alert. “People go to Broadway for a moment of solace. This could alienate the audience.” But it’s hard for marketers to resist the more than 12 million people who saw Broadway shows during the 2005-06 season, as tracked by The League of American Theatres and Producers. 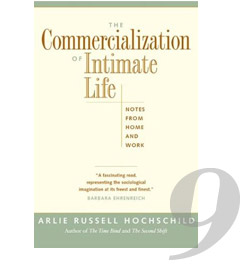 The Commercialization of Intimate Life. Notes from Home and Work by Arlie Russel
Hochschild “Of any problem I care about”, declares the author of this book, “I try to be closer to the emotions of persons”. This rule is good to produce some unexpected flashes of inspiration about the conflicts between culture of market and intimate experience. The daily life, in particular in relation of of the domestic sphere, focused these pages and can dispense inexhaustible news. In this book there are some general topics such as family life, job, the gender, Capitalism, globalization, in order to observe the way the emotional expressions, the attention for the other people and the attitudes of cure are tested in our culture. A culture that is more and more imprinted to a commercial promotion of “its self” and to the instrumental quantification of any human feeling. 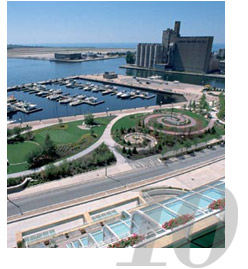 Music Garden – Toronto
Internationally renowned cellist Yo-Yo Ma collaborated few years ago with a number of artists to produce Inspired by Bach – a six-part film series. For the first film in the series, The Music Garden, Mr. Ma collaborated with landscape designer Julie Moir Messervy to interpret the relationship of Bach’s First Suite for Unaccompanied Cello and nature. The result of this project is the Music Garden in Toronto’s waterfront. The garden design puts in relation each dance movement within the suite corresponding to a different section in the garden. Outdoor music and dance performances, and garden tours to explore the picturesque landscape, are in program for the 2006 series.