War of The Worlds by Steven Spielberg 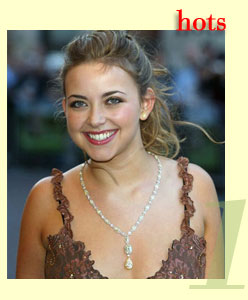 Charlotte Church: Crazy Chick
“Crazy Chick” is the new single by Charlotte Church. Taken from her new album, “Tissues And Issues” out July 11th, “Crazy Chick” is the perfect showcase for Charlotte’s new pop sound. Charlotte became famous as a teenager singing classic opera tunes. This time she is surprisingly influenced by the passion for Motown. The single reflects just one of the many facets of the album which explores a whole range of musical genres. Partly because of her love of so many different styles of music and partly because of her enormously flexible voice, Charlotte decided to produce an album that reflected as many styles as possible. One of the guest co-writers is Guy Chambers, the man who wrote and produced Robbie Williams’ most celebrated hits. 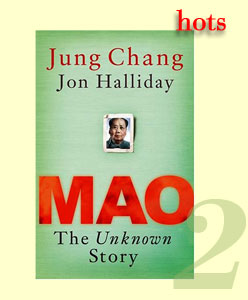 Mao: The Unknown Story by Jung Chang and Jon Halliday
A new book, Mao: The Unknown Story, is the latest success in the Hong Kong book chart. Jung Chang, author of the compelling Wild Swans, the story of today’s China through the pained eyes of three generations of women, and her husband, Jon Halliday, have used 10 years of research to indict comprehensively Mao’s cynical lust for power and careless disregard for humanity. Whether it’s the news that Mao never actually marched in long stretches of the Long March but was, instead, carried in a bamboo litter he designed himself, or of the scale of his purges and executions, this is a catalogue of disclosures that overturns almost all our received wisdom. The impact of tthis historical revision will be substantial. 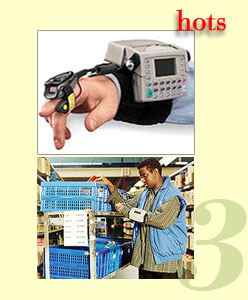 Wrist computer, UK
Workers in warehouses across Britain are being “electronically tagged” by being asked to wear small computers to cut costs and increase the efficient delivery of goods and food to supermarkets, a report revealed. New US satellite- and radio-based computer technology is turning some workplaces into “battery farms” and creating conditions similar to “prison surveillance”, according to a report from Michael Blakemore, professor of geography at Durham University. The technology, introduced six months ago, is spreading rapidly, with up to 10,000 employees using it to supply household names such as Tesco, Sainsbury’s, Asda, Boots and Marks & Spencer. Under the system workers are asked to wear computers on their wrists, arms and fingers, and in some cases to put on a vest containing a computer which instructs them where to go to collect goods from warehouse shelves. The system also allows su permarkets direct access to the individual’s computer so orders can be beamed from the store. The computer can also check on whether workers are taking unauthorised breaks and work out the shortest time a worker needs to complete a job. Now trade unionists want safeguards to be introduced to protect worker privacy. 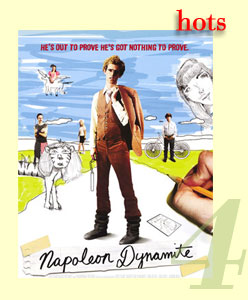 Mtv Movie Awards: Napoleon Dynamite wins
Jared Hess makes an unforgettable directorial debut with Napoleon Dynamite, This years MTV Movie awards winner. A hilarious, tender, and original portrait of a truly eccentric character. Napoleon Dynamite (Jon Heder) is a high-school outcast in every sense of the word. More interested in playing tetherball by himself and drawing pictures of his favorite animal, the “liger” (a combination of a lion and a tiger), Napoleon is ignored by everyone in his tiny hometown of Preston, Idaho. It isn’t until a new student, Pedro (Efren Ramirez), arrives that Napoleon finds friendship and performs an act of brave defiance that makes him a true hero. 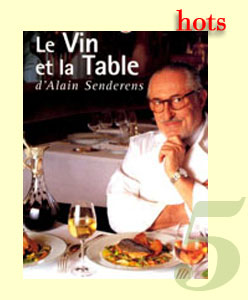 Alain Senderens renounces the Michelin three stars, France
One of the most famous Parisian chefs decided to renounce his Michelin guide stars, in order to better answer the pubblic needs and to give free play to his own creativity. Senderens, owner of the restaurant “Lucas-Carton” Michelin three-starred for 28 years, has decided to renew his restaurant and the menu offered: no more very expensive dishes (300 euros per person) and luxury service for the few rich people and extra special occasions, but a new formula with lower prices for a wider custom, interested in experimenting innovative dishes. Toghether with Senderens, more and more famous chefs are now leading the french gastronomy transformation, with the food on offer and this global renewal of image. 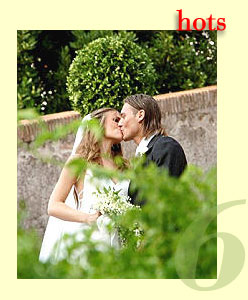 Totti’s wedding on Sky
Sunday 19 July was the day of the wedding of soccer champion Francesco Totti with Ilary Blasi. Roma’s captain and the showgirl got married in the capital’s church of Aracoeli. Hundreds of fans cheered the couple by flapping yellow and red flags (the colors of Roma Football Club). The party had 400 guests, 4 different menu and a budget of 100.000 Euros. The ceremony was filmed live by Sky Sport TV channel and the earnings from the sale of the rights was offered to charity. The event (the first italian wedding ever broadcasted on TV) was a real success for Sky, even bigger than soccer matches. Usually Sky’s audience share on Sunday afternoon is 7/9%, while the ceremony reached an unprecedented 12,29% share. 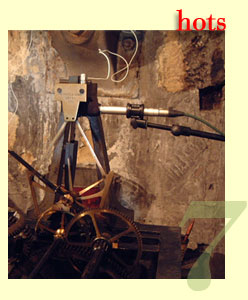 Leeds Sound Lines by Bill Fontana
Internationally renowned US artist Bill Fontana will transform the labyrinthine Dark Arches of Leeds into a live sound sculpture Sound Lines for two months from 21 June 2005. Launched during Architecture Week, a specially designed loudspeaker system will emit the live sounds of the River Aire below and the Leeds City train station above as Fontana orchestrates an ever-changing composition transforming the space into an immense, brick-built acoustic instrument. 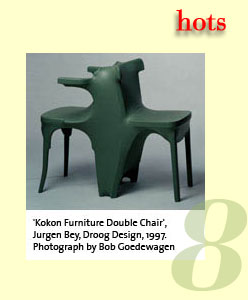 Touch Me, Victoria and Albert Museum
Victoria & Albert Museum opens this month a uniquely touchable contemporary design exhibition, Touch Me, which explores the pleasures and sensations of touch, looking at the designed world around us now and what the future holds. The first section displays works by a diverse range of international furniture, product, fashion and interaction designers but also showcase a range of innovative designs for the future – from the Royal College of Art, Central Saint Martins, Interaction Design Institute Ivrea and MIT Medialab. An interactive garden of the senses fills the second section of the exhibition where visitors can play games, take part in live science experiments and engage all their senses in an immersive sensory room. 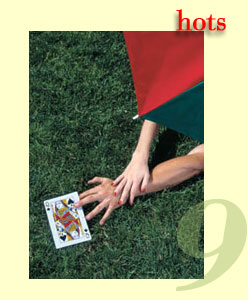 The Gamble of Love
For this year’s San Francisco Opera summer festival the company has chosen three operas revolving around romance and therefore entitled “The Gamble of Love”. The opera fans are invited to “let the sights, sounds and stories of these gamblers on stage transport you through a few of the many possibilities and outcomes in the game of life.” because in opera as in life, “there are winners and losers.” In Tchaikovsky’s “Queen of Spades” based on a novel by Pushkin “if you bet on love and money, you’re sure to lose them both”. Two men swear eternal friendship but trouble starts when they both fall in love with the same woman in “The Pearl Fishers”, written by George Bizet in 1863. And finally in Mozart’s “Cosi fan tutte”, two young men agree to a wager but they don’t suspect it will be the gamble of their lives. 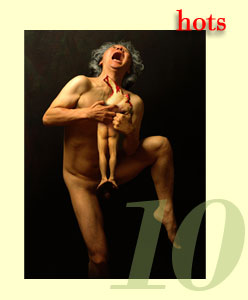 Yasumasa Morimura “Los nuevos capricios”
Yasumasa Morimura is a japanese artist who has been constantly working on the relationship between his own image and the icons of the history of the arts. His colorful, and somewhat kitsch, photographic works are not simply self-portraits, though. Starting by casting himself as the tormented artist in a re-take of a Van Gogh self-portrait in 1985, Morimura has been painting his own face into updated versions of important historical artworks for two decades. Morimura’s latest exhibition, “Los Nuevos Caprichos,” took place at Shugo Arts in Tokyo. This time, though, his new works are based on a series of prints by Francisco Goya. The Los Caprichos series is the most famous and perhaps the most important part of Goya’s output. He points to what can often be the vanity and ridiculousness of fashion trends. Morimura drops us a hint, as he often does, to bring the context right up to date, for example cladding the fashion victims in pink high-heeled shoes.