The Terminal by Steven Spielberg

My Life by Bill Clinton 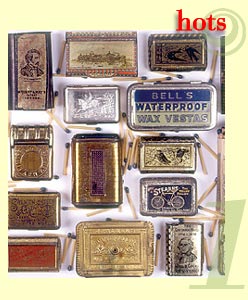 Faster, Cheaper, Newer, More: Revolutions of 1848, Cooper-Hewitt, National Design Museum, New York
The year that brought you The Communist Manifesto and the fall of French King Louis Philippe has now inspired an exhibition at New York’s Cooper-Hewitt, National Design Museum. Faster, Cheaper, Newer, More: Revolutions of 1848 is a small window on the industrial progress that accompanied the political and social tumult. In curating the show, novelist and journalist Kurt Andersen focused not only on manufacturing, the telegraph, and Joseph Paxton’s Crystal Palace but also on such commonplace products as a lady’s fan. As Andersen explains it, “The more I researched the decade around 1848–and the radical ways of communicating, traveling, selling, designing, and thinking that emerged–the more I came to see that the way we live now fundamentally began right then.” 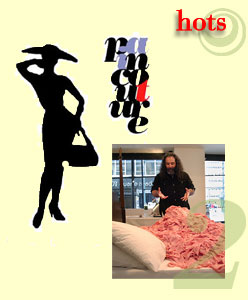 Art, Fashion and Food
From New York to Paris, Artists of international reputation are using food as a basis and material for their work. The American Artist Cosimo Cavallaro, famous for having decorated a house with tons of mozzarella, has now covered a bed with 140 kg of sliced ham: his declared scope is that of using smells to evoke places in peoples past, or in order to make people travel in fantasy. Also Jean Paul Gaultier, in collaboration with The Cartier Foundation of Paris, has organised the show Pain Couture from June 6th till October 10th: between bakers working and ovens, the fashion Designer has Designed and had realised ephemeral dresses of bread. 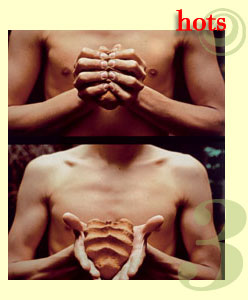 Speaking with Hands, Guggenheim Museum – New York
The Guggenheim Museum in New York features Speaking with Hands, an exhibition of 175 photographs devoted to the subject of hands.The exhibition reveals the extent to which hands are a primary visual subject in photography, since its beginning. While the photographs share a common theme, the diversity of interpretation is extraordinary: in some images the hand may not be the primary subject, but a gesture can underscore the mood of the image, in others hands function as a portrait. There are also many more abstract and surrealistics photographs in the collection, and at the opposite end some images, taken from photojournalistic reportages, convey the immediacy and grit of urban life. 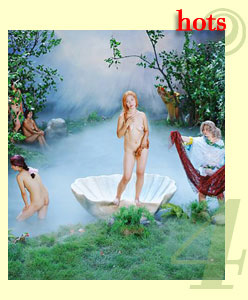 Between Past and Future: New Photography and Video from China, New York
The exhibition is showcasing the genius of video and photo art from China since the mid-1990s. The 130 works by 60 Chinese artists will be presented jointly at the International Center of Photography and the Asia Society and Museum until September 5. Many of the artistist are exhibiting for the first time in the United States and their works reflect the changes now taking place in China’s economy, society and culture. One of the artists exhibiting is Wang Qingsong who is receiving huge amounts of attention for his works, such as his monumental photograph Romantique. 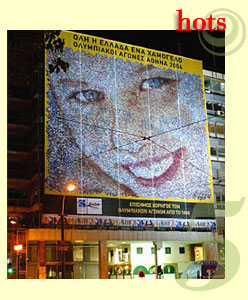 Kodak photomontage for Athens 2004
A photomontage created by Kodak to celebrate the citizens of Greece and the return of the Olympic Games to Athens, won the Gold Award in its category at the 3rd annual Effie Hellas 2004 Awards Ceremony. The Effie Awards are presented annually by the New York American Marketing Association in recognition of the year’s advertising campaigns that have delivered superior results in meeting the objectives they were designed to achieve. The photomontage titled The Whole of Greece in One Smile comprises 16,828 photos of the Greek community that cover a surface area of over 5,000 square feet. The montage utilized 16,609 photographs that had previously been used to create a photo exhibition recognized by the Guinness Book of Records. 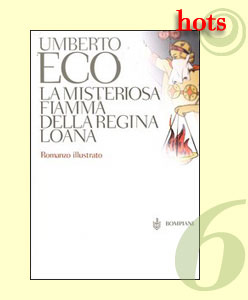 Queen Loana’s Mysterious Flame by Umberto Eco
La misteriosa fiamma della regina Loana (Queen Loana’s Mysterious Flame) is the title of the new novel by Umberto Eco that will be in all bookstores in Italy starting on Wednesday, June 16th. This was announced by the Bompiani Publishing House. Initially, 300,000 copies will be distributed. The novel has already been sold to about 40 countries even before coming out in Italy and the first editions to be published in Autumn will be the German and Spanish editions and then in Spring 2005, the novel will be translated in Great Britain, Canada, the USA and France. 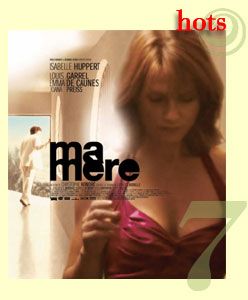 Ma mère by Christophe Honorè
Ma Mere, is the title of the debut film of Cristophe Honorè that became a talking point due to it being refused at the Cannes film festival. Between disturbing scenes of incest and sex. Inspired by the novel of the same name by Georges Bataille, the subtle surgeon of human pulses, paradoxical philosopher of and demolishing the “forbidden”. Bataille was novelist, essayist and poet. Pierre is a 17 year old living a pious adolescence with his grandmother. For his summer holidays he goes to join his parents in the Canary Islands, where he will be confronted with the conjugal escapades of a couple who are tearing each other apart and who hate each other. Following the sudden death of his father, Pierre is initiated into perversion by Hélène, his mother whom he venerates, and in whom he sees a pure woman who has lived with a repugnant man. Pierre is nevertheless aware that his mother’s life is one of debauchery in alcohol and sex. 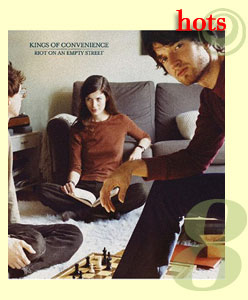 Kings of Convenience
After a three year gap from their debut album entitled Quiet is the new loud, the Norwegian acoustic duo Kings of Convenience have released there new album: Riot on an empty street. The emotion of cold Scandinavian landscapes, but warm as a loving embrace, and the conducting motif of this album that moves to searched for musical arrangements, without abandoning the simplicity that captured the many fans of the first album. The two voices alternate and are chased in harmony (more times they have been defined as the new Simon & Garfunkel), creating an atmosphere of diffused sweetness. 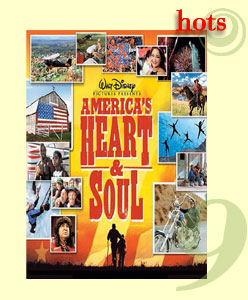 America’s Heart and Soul and Michael Moore Hates America
The new documentary produced and distributed by Disney, America’s Heart and Soul, is a kind of response to the controversial Fahrenheit 9/11 by Michael Moore, that originally was to be distributed by Disney. The feature film is an exploration of American spirit, seen thought the eyes of everyday people, from the labourer to the dancer, the farmer to the teacher, the pensioner to the student. The Hollywood Reporter has greatly criticised the film, declaring: “It just happens to appeal more to Disney’s corporate heart and soul”. Another documentary that reacts to the accusations that Michael Moore triggered in the direction of the White House, is Michael Moore Hates America: the director Michael Wilson declares to say the truth on Moore and the personal interests that have pushed him to rage against the American government. Moore has always refused to be interviewed by Wilson. 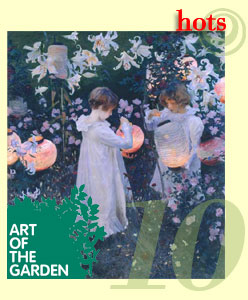 Art of the Garden, Tate Britain – London
This exhibition explores the impact of the garden on British art over the past two hundred years. During this time the role of the garden has changed fundamentally. It has become an integral part of many people’s lives, the lifeblood of local communities, and a source of relaxation and leisure. More controversially, it is also an emblem of national identity, a target for commercial enterprise and an object of intense media interest. The exhibition is divided into five sections, each of which is introduced through one or two highlighted works. Each section explores an aspect of the myriad ways in which artists have responded to the garden in Britain, visually, emotionally, intellectually and aesthetically. The artists range from John Constable to Ian Hamilton Finlay, from Beatrix Potter to Marc Quinn. What unites them all is their common fascination with the garden as a means of expressing some of their most cherished artistic beliefs.