Harry Potter and the Order of the Phoenix by J.K. Rowling

Hail To The Thief by Radiohead 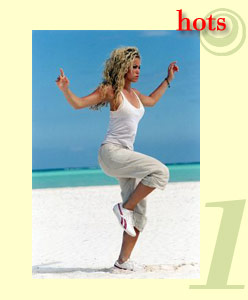 Shakira and Reebok Classic
Shakira, the famous Columbian pop star, is the protagonist of the new TV spot for Reebok Classic. The advertising celebrates Shakira’s back group that expresses itself through tribal music and sensual dances. It is set on a desert tropical island. Within this quiet context, the artist dances on the beach and she seems to be looking for the harmony with the surrounding nature: while dancing, she draws the peace symbol on the sand. The partnership between Shakira and Reebok is also put into real, with the support to Shakira’s Foundation Pies Descalzos (Bare Feet) to help the children of Colombia. 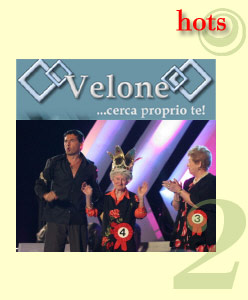 Velone
The TV adventure of some beautiful ladies, over 65 has started. The TV program Velone, created by Antonio Ricci and presented by Teo Mammucari, is broadcasted every day on Canale 5, replacing Striscia la notizia, which is now on a summer break. With the gift of a TV appeal and of a strong sympathy, these ladies – who are not young any longer – talk about themselves, dance and have fun with the TV presenter, showing a self irony that sometimes makes them more interesting than the young Veline present in some TV shows. The background of personal experiences, described with a relaxed detachment – possible when you know there is no risk, because you are playing a brand new game – make them unique, and consequently very interesting. 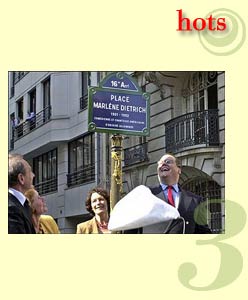 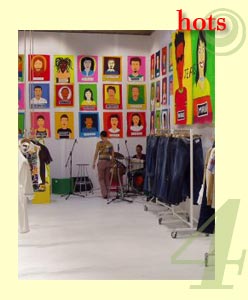 Retratos do Brasil, Stazione Leopolda Florence
The ‘Retratos do Brasil’ by Batman Zavareze, visual artist and carioca video maker, animate the landscape of Pitti Immagine Uomo with an exhibition at the Stazione Leopolda. The exhibition presents portraits, something between ‘pop and naïve’ taken from the identity cards of men and women from Brazil: a lot of faces ­ brilliant and ironical ­ and a lot of stories talk about the diversity and the human and cultural richness. The exhibition, set by Studio Camuffo, was promoted by Gas, leading company in denim wear, underlining the substantial affinity of the multi-ethnical physiognomy, of the dynamism and happiness of the ‘Brazil-world’ with the style of the Company. 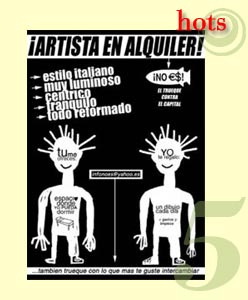 NO€$ artist for rent, Milan
The NO€$ project started in Barcelona during February by the italian artist Mizzi Stratolin. It is pronounced NOES, which in Italian means “it isn’t” while the S and E represent the Dollar and Euro. The project is the “conceptual marriage” between the old form of barter and contemporary art. The works of art, exhibited in Cinema Anteo Milan, highlight the growing importance of exchanging goods through barter, in this case artistic barter. The exhibited paintings are “not for sale” and the exhibition is open to everyone. A 50% of the money raised by the public’s free offers will fund Lila CEDIUS, a non-governmental association. 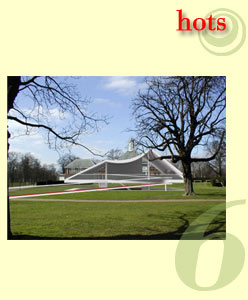 Serpentine Gallery Pavilion by Oscar Niemeyer – London
Every year the Serpentine Gallery – between Kensington and Hyde Park – commits to a famous architect the building of a temporary pavilion for the summer period. This year this project was given to Oscar Niemeyer, Brazilian, disciple of Le Corbusier and architect of Brasilia, who at the age of 95 has realised his first work in the British capital. In his work, Niemeyer translates a visionary ability made of a game between “strong” shapes and materials and the contact with nature. The result is a structure that does not really seem so “temporary”, used to host the rich schedule of events: concerts, conferences, open air movies. 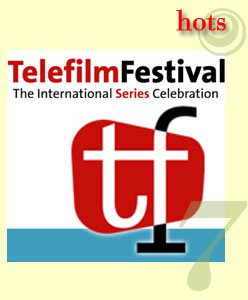 Telefilm Festival 2003, Milan
The Telefilm Festival of Milan is the first event entirely dedicated to TV serials and their protagonists. The ingredients are anticipations and retrospectives. In fact, the Milanese public could watch the European previews of C.S.I. – Miami and Enterprise. In the schedule there are also two new serials by Chris Carter, the creator of X-Files: The Lonegunmen and Harsh Realm. The retrospective on the “strange couples” was appreciated as well: from Starsky & Hutch to George and Mildred, from Mork & Mindy to The Persuaders, from Mulder and Scully of X-Files to John Steed and Emma Peel of The Avengers, up to the still unknown cohabitations of Jack & Jill and Will & Grace. 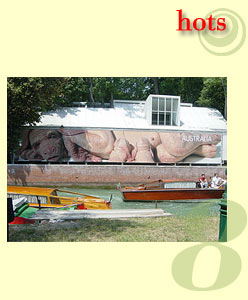 We are family, Biennale of Venice 2003
Who are “we” and what is a “family” in the century of bio-technologies, when will we be able to create custom-made children and when will we know if our DNA is 98% the same of apes’? These are some of the numerous questions put by Patricia Piccinini in her exhibition We are family at the Australian pavilion at the 50th edition of Biennale of Venice. Her art is born out of a deep and personal understanding of issues related to the intervention of medicine in human life. The artist has transformed the pavilion into a house: close to the entrance there are five helmets beautifully painted with pearled varnish used for cars. Each one of them is put on a shelf. They have a unique organic shape, made to fit a creature with an unusual physiognomy. They are beautiful objects, expressing both a sense of protection and of adventure. 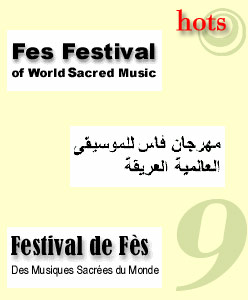 Fez Festival of World Sacred Music, Marocco
This year, the city of Fez, Morocco, is hosting the ninth edition of the Festival of World Sacred Music. Musicians and music bands of international prestige will meet to sing and play the soul’s music of their country: from Brazil to Uzbekistan, from Tibet to Egypt, from North America to Syria, from Senegal to Armenia, from Bulgaria to Morocco, from Iraq to India. The Festival is a moment to enter in contact with the most intimate and oldest music traditions of several countries in the world, in which it is possible to discover the different music evocations of the Sacred, and to meet different faces of humanity through a universal language. 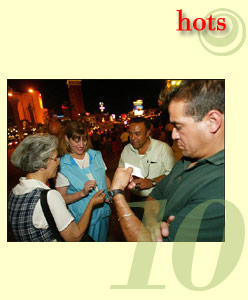 Viva Las Virgins!, Las Vegas
The latest convention of the movements for sexual abstinence is held in Las Vegas: three days of demonstrations and conferences in the American Sodom and Gomorra with the support of the funds of the Bush government. Associations like Abstinence Clearinghouse have also promoted a part from the value of physical virginity, the possibility of redemption and of a new virginity for repented and certified practitioners. The spread of diseases and the preoccupying increase of births in adolescent mothers are at the basis of the movement, a paradox, if compared to the policy of Bush on the diffusion of weapons.