The Erazer by Thom Yorke 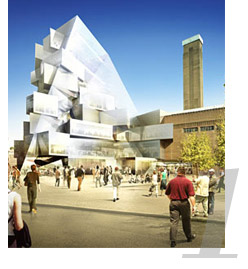 New Tate Modern – London
Tate Modern, one of the world’s most popular art museums, today unveiled plans to build a £215 million giant glass pyramid-like extension that will help to ease visitor over-crowding. The futuristic new building on the South Bank of the Thames will be made up of a series of glass boxes stacked on top of each. Nicholas Serota, the Tate Modern director, said the 60 per cent extra exhibition space provided by the extension would allow the gallery to put on a wider range of exhibits and make it easier to cope with an increase in visitor numbers. The original Bankside Power Station was converted into a modern art museum by Swiss-based architects Herzog & de Meuron. The same design team will build the extension to the south of the gallery on a site currently used as an electricity sub-station. The gallery will put in a planning application this autumn and is hoping that the extension will be ready in time for the 2012 Olympic games. 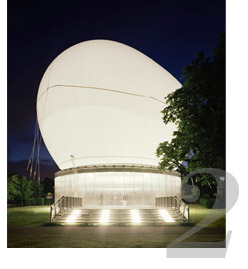 Serpentine Gallery Pavilion 2006 – London
The Serpentine Gallery Pavilion in Kensington Gardens is one of the main summer attractions of London. In the past six years the gallery’s lawn has featured a succession of temporary structures by architects from Zaha Hadid and Toyo Ito to Oscar Niemeyer. The pavilion this summer is engulfed by an enormous milky bubble designed by the Dutch architect Rem Koolhaas and the British structural engineer Cecil Balmond to change shape with the weather. The pavilions have enabled the Serpentine to pioneer a new approach to exhibiting architecture and about 200,000 people visit them each summer. 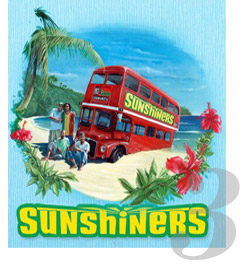 Sunshiners – Arezzo Wave
Coming from the Vanuatu islands, in Melanesia, the four members of the band Sunshiners are crossing Europe in tour. They have performed also in Italy in the Arezzo Wave music festival, having a great success. After they have met the French producer Feal, theirs sound – initially linked with their geographical roots and therefore reggae music – is changed, with the reinterpretation of the 80th years rock music. As an example, with the reintepretation based on reggae music, of the successes of the Talk Talk or the Cure. 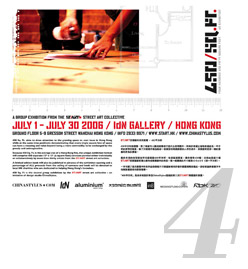 450 Square Feet – IdN Gallery – Hong Kong
The 450 SQ. FT. exhibition, held at the IdN Gallery in Wanchai, Hong Kong from July 1st till the 31st, 2006, is one of the largest collaborations of Hong Kong’s street artists, involving over 50. Hong Kong has one of the most space restricted and expensive real estate markets in the world. The average size of a flat is just 450 square feet and this exhibition aims to draw attention to the growing space vs. price issue in Hong Kong. The exhibition comprises of 450 separate canvases painted either individually or collaboratively and each canvas measures exactly a square foot. All canvasses are on sale and a certain percentage of profits will be donated to local Hong Kong charities dedicated to helping the homeless of Hong Kong. 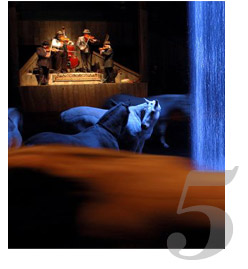 Battuta – Zingaro
The poet-horseman Bartabas and his Zingaro Equestrian Theatre Company presents Battuta, the new production influenced by the Tsiganes. Horses and rider-performers are litterally carried away by groups of musicians from Moldavia and Transylvania. The rapid pace of the gallop and the permanent movement of water (a symbol of life for the Tsiganes), set the tone of the performance. Joyful and perturbing, Battuta plays with freedom, prowess and speed. It tells a story of time and memory harking back to the popular vein and the sense of festive-show of the troupe’s beginnings. During Summer 2006 Battuta will be on stage first at the Avignon Festival, then at Namur, Belgium. 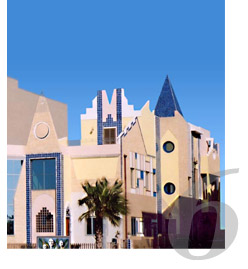 Artists’ House – Gallipoli
The Artists’ House in Gallipoli is an art gallery where different kind of artists (architects, designers, sculptors, painters, photographers) can exhibit; but it is also a bed & breakfast equipped to receive people interested in arts from all over the world or artists who want to exhibit and, at the same time, spend a delightful holiday in Gallipoli. A space where artists and people in general, gathered in the same place, can find a real house to live in. At the opening party, on the 23rd of July, there will be musical performances and plays, to underline the eclecticism of the Artists’ House. 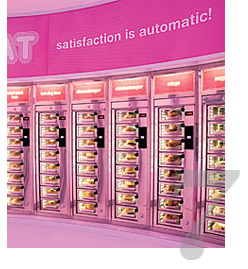 BAMN! Automatic restaurant – New York
A team of young entrepreneurs launched BAMN! an automatic restaurant in Manhattan, complete with a menu of pizza dumpling, mac-and-cheese pockets and bite-size chicken nuggets. The 600-square-foot eatery offers a tiny storefront and no seats: designed for hip, barhopping, schedule-lacking students and nostalgic tourists, the store will be open 24 hours. Best of all, the price is still hard to beat: Most items cost less than $3: the three owners – Robert Kwak, David Leong and Nobu Nguyen – hope to offer an interesting deal for a new generation of time-crunched, cash-starved diners. 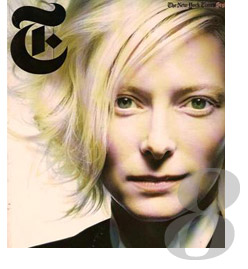 The first-ever perfume critic for The New York Times – USA
The New York Times names Chandler Burr as its first-ever perfume critic. Fragrances will be reviewed in new column called ”Scent Strip” appearing In “T: Style Magazine” debuting on August 27. In the column, Mr. Burr will review and rate new and classic perfumes as well as other scents such as perfumed candles. He will ascribe a four-star rating system to each perfume, similar to those awarded by The Times to restaurants. Chandler Burr, a longtime magazine writer and the author of “The Emperor of Scent: A True Story of Perfume and Obsession” (2003), said “The creation of fragrance is one of the highest art forms crafted for the senses, the equal of painting for sight and music for hearing”. 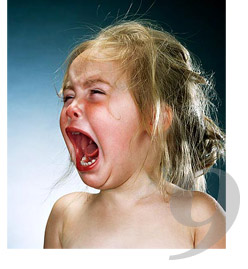 End Times by Jill Greenberg – Los Angeles
Photographer Jill Greenberg has whipped up a storm of controversy with her new exhibition, End Times. The pictures in the show, for which she deliberately provoked tearful outbursts from children by taking away lollipops she had just given them, have been described by some as tantamount to child abuse. Greenberg herself insists that the children had the sweets returned within 30 seconds, that no lasting harm has been done, and that her concern was to depict what she says reminded her of the “helplessness and anger I feel about our current political and social situation.” 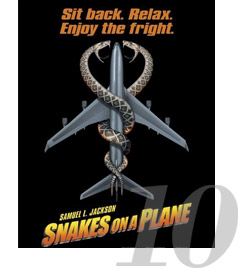 Snakes on a Plane by David R. Ellis
Snakes on a Plane, a horron-thriller movie starring Samuel L. Jackson, was released on August 18 in North America. The film’s title and premise generated a lot of pre-release interest on the Internet and due to its considerable Internet fan base, New Line Cinema incorporated feedback from online users into its production. Much of the initial publicity came from a blog entry made by screenwriter Josh Friedman, who had been offered a chance to work on the script. In August 2005, Jackson told an interviewer: “That’s the only reason I took the job: I read the title.”