We Are Not Afraid – UK 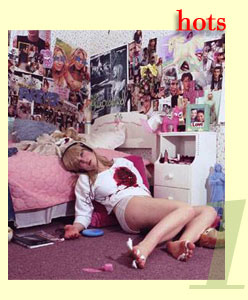 Coolhunters, ZKM guest exhibition at the Städtische Galerie Karlsruhe
Unlike any previous generation today’s youth lives in a thoroughly commercialised and mediatised world. There is no need, no interest that the market and the media are not prepared to materially and symbolically satisfy. Correspondingly, young people offer highly diverse and multi-faceted images of themselves and their youth cultures to the public. The exhibition Coolhunters offers some answers to these questions: It seeks to recognize young people in the mirror of their objects and practices. Works from numerous artists, which document and reflect everyday life, are presented besides examples of youth culture phenomena, such as clothing, accessories, and the like. The exhibition offers a different look at the everyday and invites to fantasize about alternative ways of living. 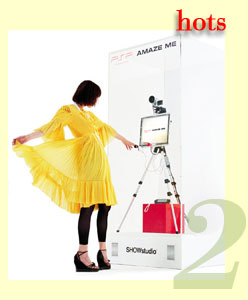 Amaze me, Sony PSP
Amaze Me is inspired by the brief issued by art director Alexi Brodovitch to photographer Richard Avedon – simply to “amaze him”. The Amaze Me project conceived by Showstudio for PSP (Playstation Portable) was officially launched in London at Comme des Garcon’s Dover Street Market. The project sets down a challenge for the public, responding to a brief set by a panel of leading creative industry figures. People can record a 30 second video clip in order to “amaze”. The Installation, consisting of a videocam and a screen, will also be presented in Antwerp, Berlin, Barcelona, Rome and Dublin. The panellists will each choose an individual that most “amazes” them and winners can have a creative work opportunity and win a PSP. 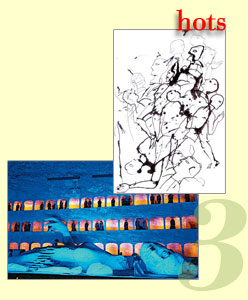 Die Gezeichneten by F.Schrecker, Salzburg
During the Salzburg Festival 2005 edition, the opening of the Opera program has staged Franz Schreker’s Die Gezeichneten. This opera was one of the most interesting things listed in Opera, and many of the international journalists were there, not only because it is an expressionistic masterpiece of the beginning of the XX th century, but also for its being as much a political event as a cultural one. Schreker was an Austrian-Jewish composer whose brilliant career suffered under the Nazis and whose musical work was banned and mostly forgotten. Salzburg Festival, with the stage of “Die Gezeichneten” and an exhibition on the composer life, has tried to restore the right importance to this artist name, using classical music as a medium for reapproaching a past to revalue and to publicly remember. 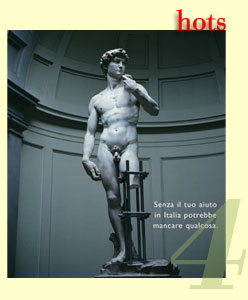 CittaItalia ADV Campaign, Italy
CittaItalia, a non-profit foundation, spearhead a shocking advertising campaign to get Italians used to the idea of contributing personally to the upkeep of their vast cultural heritage and to collect donations. This campaign involves mutilated Michelangelo’s and beaten-up Botticelli’s. Italy has more than four million works of art that are unarguably worth conserving and a third of cultural sites are deemed to be in a state of emergency. In 2005, the Italian government plans to spend €26m on the upkeep and restoration of hundreds of churches, palaces, convents and museums – less than half the is needed just for maintenance. 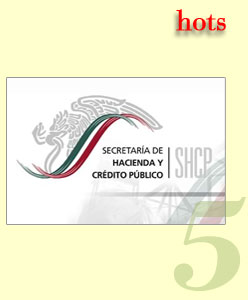 Artworks as tax payment, Mexico City
Since 1975, the Mexican government has given artists the option of paying their taxes by donating works of art to the state. To benefit those who pay taxes the traditional way, the Mexican treasury has decided to place a selection of these works on display in the Museum of the Ministry of Finance and Public Credit. Among the paintings the visitor can see the a painting that dates back in 2001, “Artist painting a lady” by Luis Filcer, which seems straight from a François Truffaut film; a red bar where the clientele’s hats range from sinister to quizzical, and the barmaid is the best sort of courtesan. 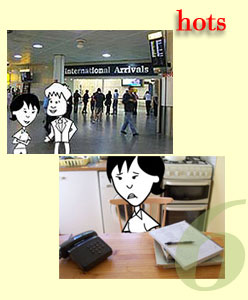 Flatmates: a BBC soap to teach English, UK
The BBC World Service has launched on 1 August its first online soap opera to help listeners learn English: the Flatmates, a drama about a group of multi-cultural young people in Britain. Visitors to bbclearningenglish.com will be able to hear and read a new episode every week, in a bid to teach the language “as it is lived and spoken”. Fans will also be able to decide what happens to the characters through online votes. Writer and producer Nuala O’Sullivan said people could learn “at their own place and interact with the web in a way they want to, at a time that suits them”. The Flatmates appeals to people who also want to learn English as it is lived and spoken, rather than as it is sometimes taught in more traditional text-books. It engages learners, enabling them to interact directly with the characters and to help shape the everyday life storylines through an online vote. The episodes will be accompanied by language lessons and quizzes to aid learning.

Super City, Building Kits and Modern Imagination
Montréal, the Canadian Centre for Architecture presents in the Octagonal Gallery an installation by the Canadian writer and artist Douglas Coupland (the author of “Generation X”), that investigates the creative impact of the 1960s explosion of toy building kits, offering a reflection on the profound effect toys can have-not only on how children learn to perceive the world, but also in terms of the kinds of things they produce as adults. Named after Super City, a kit produced by Ideal Toys between 1967 and 1968, the work is devised as a “future city” densely layered with the heterogenous elements of Coupland’s mental universe, which were inspired by his childhood devotion to Lego and Super City. 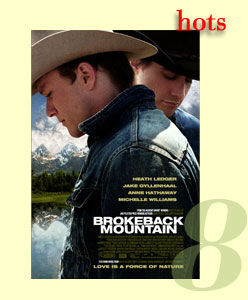 Brokeback Mountain by Ang Lee
Destined to be recognized as one of the greatest love stories ever put to film, Brokeback Mountain represents a new and lofty level of achievement for acclaimed director Ang Lee, talented young actors Heath Ledger and Jake Gyllenhaal and a powerhouse trio of writers. In 1963, two young, poor-as-dirt cowboys, Jack Twist (Gyllenhaal) and Ennis Del Mar (Ledger), are hired to tend cattle on top of Brokeback Mountain, Wyoming’s most picturesque grazing slope. Suspicious of one another at first, they become fast friends. Increasingly rebellious in their isolated universe, their friendship takes on a dangerous, revolutionary tone. Soon comes a frank and powerful sexual encounter that blossoms into a dreamlike, heart-pounding romance. 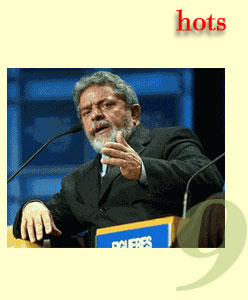 Mensalão: the brazilian scandal ‘on air’
The season has been the witness of the big scandal that has involved the Government of Luiz Inázio Lula da Silva (“Lula”). The whole of Brazil is shocked by the wide reach of this ‘case’, unsuspected in a moment of moral cultural and economic rebirth, The Renaissance of the Country. All Brazil has followed -through non stop live TV- the sessions of the commission inquiry that were initially transmitted by the TV network of the parliamentary chambers and senate, and rebroadcast within the program schedule of national and local TV. So it was possible to follow, step by step, the development of the judicial vicissitudes and dramatic turn of events of several of the personages who revealed intriguing contradictory details, while trying to be noticed through the media-tic presence, with TV soap effects. 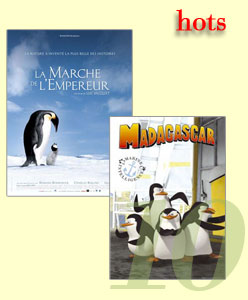 Penguins Stars of the cinema
This seasons cinema will be remembered as that of the penguins, the real stars in many successful productions. The first surprise is «the march of the penguins» by the Frenchman francese Lucques Jacquet. A documentary on animals that has made the USA go crazy becoming the most viewed French film ever in the states, overtaking in this way the champion of the box office “The Fabulous Destiny of Amelie Poulain” These adorable animals, capable of making people laugh, are also the real stars in another box office champion, Madagascar, in which they are the mind behind a clamourous but improbable escape. On the wave of this success, Sony Pictures Animation, 3D graphics division, is producing “Surf’s Up”: a new digital cartoon in 3D with penguins as the protagonists. Directed by Ash Brannon and Chris Buck, veterans of Disney’s animation, the film is structured as a documentary and illustrates in a comical way how Surf was invented by a group of penguins.