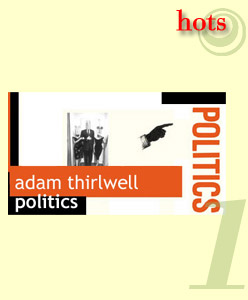 Politics by Adam Thirlwell
Destined to be one of the most talked about first novels of 2003, an extraordinary tour de force by a miraculously gifted young author. Politics is not about politics. It is a comedy about everything else. Politics explores crucial domestic problems of sexual etiquette. What should the sleeping arrangements be in a menage a trois? Is it polite to read while two people have sex beside you? Is it permissible to be jealous? It also tells the story of a father and daughter. And at the same time, it is about Milan Kundera, blow jobs, Chairman Mao’s personal hygiene and much more. Tender, shocking, original, Politics is the most distinctive debut of this season. 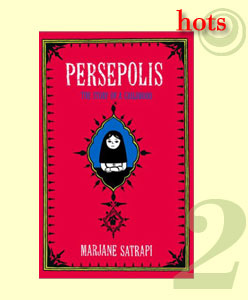 Persepolis by Marjane Satrapi
The success of Persepolis, the graphic novel by Marjane Satrapi is getting higher and higher. Marjane is an Iranian girl who has been living in France for 10 years, now. Persepolis – gathered in a volume and translated in Italy, Spain, Portugal, UK and USA – has sold 130 thousand copies only in France, and it is the saga of an Iranian family going through all the events of the 70′s and 80′s, until the Islamic regime of the Ayatollahs. The author talks about the real problems of Iran with a child’s eye, presenting a more human vision of her population to the Western readers. 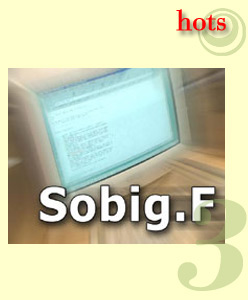 Sobig.F virus
The IT virus Sobig.F managed to break all records. According to Message Labs Inc. in just one day, one million copies of the virus were detected. The virus has hit one email out of 17, a percentage that is unprecedented by now. The old record was held by the Klez virus that hit just one message out of 125. Probably created by a spammer, Sobig.F turns the computers into machines able to launch in their turn undesirable advertising emails. The aim of the creator might have been the study of a system able to avoid antispam filters. 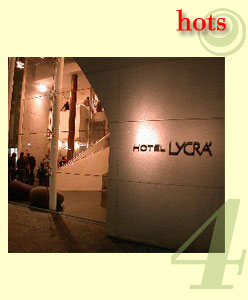 Lycra exhibition, San Paulo
One of the most frequented events in San Paolo this summer was the History of Lycra exhibition, housed in the gallery of Hotel Lycra. The exhibition is chronicling the development of the fabric and was visited both by the fashion-conscious Paulistas and curious tourists, who also had the chance to explore the other unique elements of this “untraditional” hotel. The Hotel Lycra apart the gallery includes a fashion store and a trendy restaurant, all under the Lycra Brand and style. “In the spirit of the Lycra brand, Hotel Lycra is stylish, innovative, dynamic, up-to-date, fun, modern and fashion-forward. Globally- inspired and innovative, Hotel Lycra houses the international fashion and apparel leadership reflective of the Lycra brand.” said Linda Kearns, apparel communications director at DuPont Textiles & Interiors. 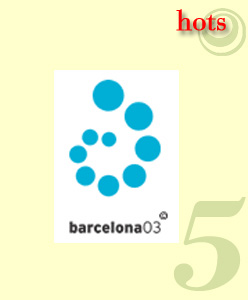 World Swimming Championship, Barcelona
Tenth edition of the World Swimming Championship in Barcelona. Apart from the technical and sportive results, the event had the aim of re-launching the idea of sport and water as fluid elements able to connect, and consequently to establish a relationship between different realities. The Mediterranean had the historical role of a communication “bridge” between countries, their ideas and culture. In the same way, the water of Barcelona’s swimming pools becomes a bridge for cultural interchange, apart from being the scenario of the contest. The general attention was also focused on the athletes and their bathing suites: the experimentation of Speedo on the bodies of the swimmers is a new frontier of the idea of aesthetics. 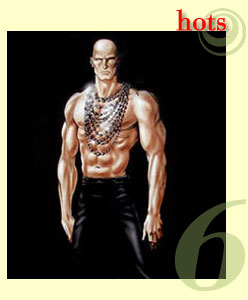 Tout beau, tout propre by Jean-Paul Gaultier
Jean-Paul Gaultier launched a make-up line for men only. Eight years after creating the cologne Le Male, one of the best-selling fragrances for men in Europe, the French enfant terrible has done it again. Named Tout beau, tout propre, (all beautiful and clean), the line is high-end: no outrageous make-up, just products to “improve the usual”. Gaultier explained: “It’s a logical step forward in my work. Once I saw men start to dye their hair or shave their heads, I understood that we could go further without it necessarily being associated with the gay culture. Lots of men are now making an effort to look different, to show themselves in a new light”. 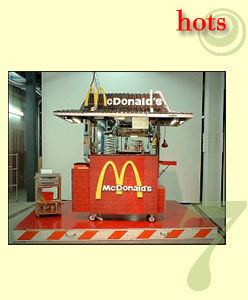 Nutsy’s by Tom Sachs – Berlin
A 1:1 and 1:25 scales world characterised by remote-controlled cars is what was represented in Nutsy’s, the installation of the American artist Tom Sachs, during his exhibition at the Guggenheim of Berlin. The allegoric movements of Modernism and of contemporary culture cohabit in the world of Nutsy’s, in which Tom Sachs has created an ironical explosion of the inside tensions within a playful landscape, the result of an hyper-realistic culture of entertainment. In his work, that puts together pieces of reality and imagery of the contemporary Western world, the Author has interpreted some of the essential issues of modernity: production, consumption and distribution. 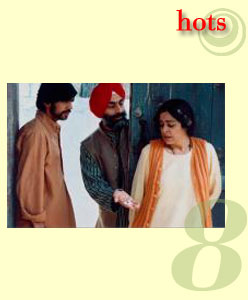 Khamosh Pani by Sabiha Sumar – Locarno International Film Festival
Based on actual events, Khamosh Pani creates a link between the complex fate of a woman and the political developments in Pakistan over the last twenty years. The sensitivity with which the filmmaker charts the trajectories of her characters gives us a glimpse of new perspectives on how we apprehend and comprehend Pakistani history and culture. “Telling stories is important for any cultural life. I hope that my work will help revitalise film culture in Pakistan and will contribute to the growth of an alternative cinema in that country.” 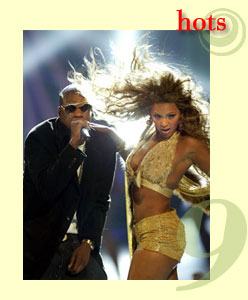 Beyoncè, MTV Video Music Awards
The MTV Video Music Awards of this year, saw as absolute protagonist Beyoncè, winner of the following categories Best female video, Best R&B video and Best choreography in a video with the song Crazy in love, taken from her album Dangerously In Love. After the success obtained with Destiny’s Child, the American singer has decided to part from the group proposing a new image of a strong, emancipated and aggressive woman who feels at ease with her vulgarity that is used as a mean of seduction. In this way, she is imposing a new global prototype of femininity. 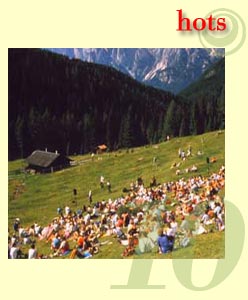 Music Trekking, Trentino
The 2003 edition of the Music Festival I Suoni delle Dolomiti (The Sounds of Dolomites) has been inaugurated by a three-day music trekking: an ensemble of twelve cellists reached on foot and with the instruments on their shoulders, three of the most beautiful refuges in Val di Fassa. The music players did not just made real concerts near each one of the refuges, but they played during every break of the excursions proposing this adventure with an artistic, sportive and environmental taste. The public took part personally, following the musicians and discovering the mountain with them, sleeping and eating in the refuges, helping to carry the cellos and the scores. The reward was the wonder of music on the mountains.