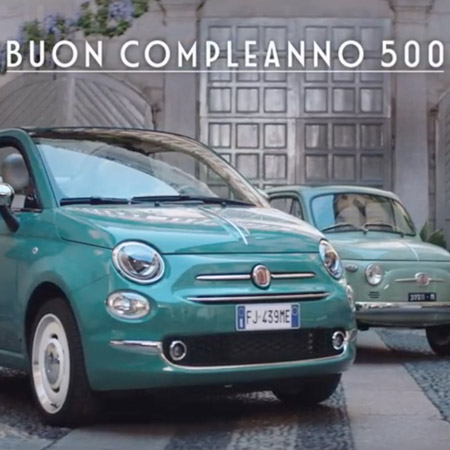 See you in the future – Fiat 500 Anniversary commercial 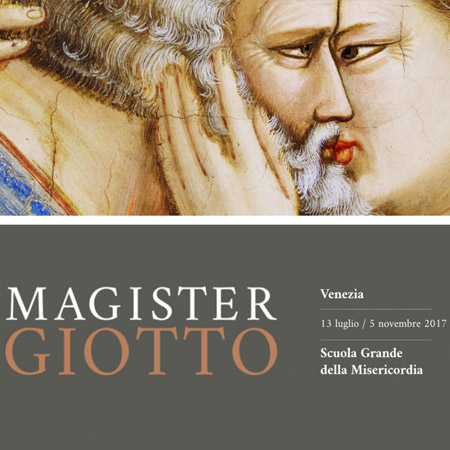 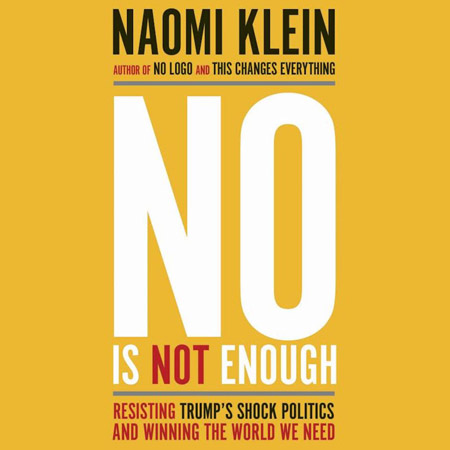 No Is Not Enough book by Naomi Klein 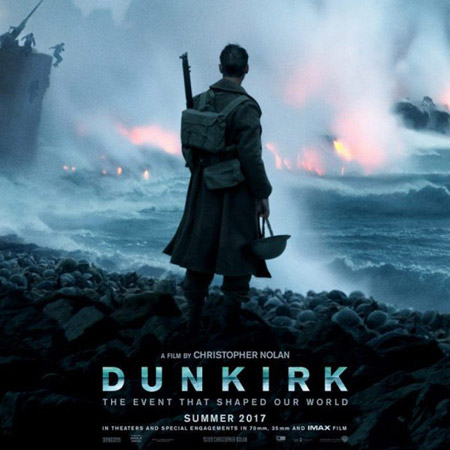 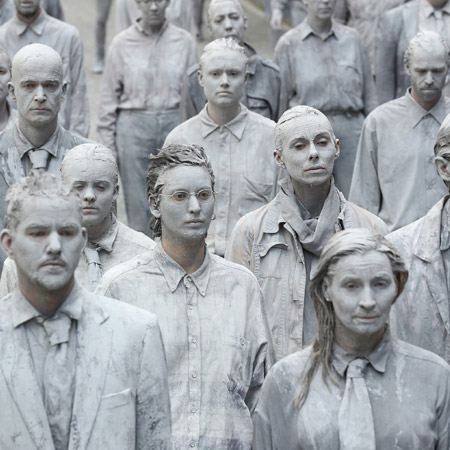 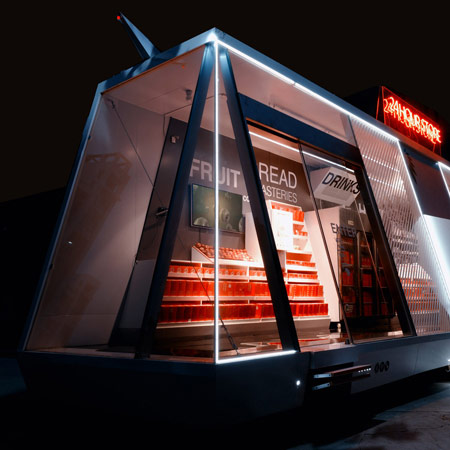 Moby Mart by Wheelys – Shanghai
Wheelys is a startup company based in Stockholm producing mobile kiosks on bicycles, which in China experiments an innovative retail format on the campus of the Hefei University. Moby Mart is a fully automated mobile sales point designed in collaboration with Hafei Unversity and Himalayafy, that takes care of the develop of in store technology, based on A.I. It is an electrically powered vehicle that reminds one of a bus. A hologram of a man’s face welcomes visitors who can enter and buy products only after having downloaded a specific app. Consumers can pay with a pre-registered credit card, after scanning the bar code on each box. Inside Moby one can find many different products: from food to magazines. It is the evolution of the vending machine, open 24 hours a day, but not mobile. 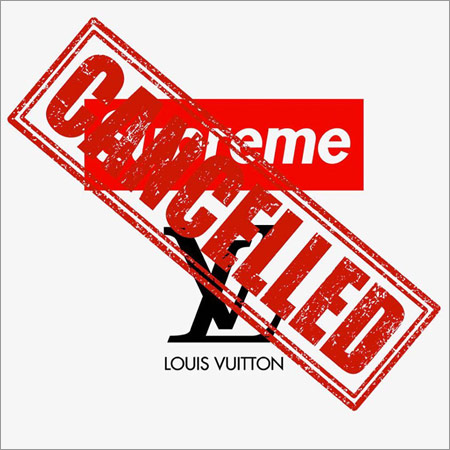 Louis Vuitton and Supreme #2
That the collaboration between Louis Vuitton and Supreme was the “hottest” collaboration of 2017; was evident from the enthusiasm that followed January’s announcement, as we pointed out last month. However we would never have expected the delirium of information, official confirmations and (official) denials that happened throughout July, very confusing for the many fans around the world. After the opening of the first pop-up stores in London at the end of June, but also in Beijing, Sydney, Paris, Seoul, Tokyo (closed for a few days after stock finished), the two brands announced a second wave of openings on July 14, mainly in the United States and Canada, including the most anticipated New York and San Francisco stores. Then the day before they open news spreads that leads fashion lovers into dismay: official sources cancel the openings of all the scheduled pop-ups and withdraw the collection from the market. Since then, Twitter and Instagram have been flooded with requests for information, official confirmation, prayers, insults, denials and announcments of delivery delays. But this mystery, amplifies desire … What will happen next? 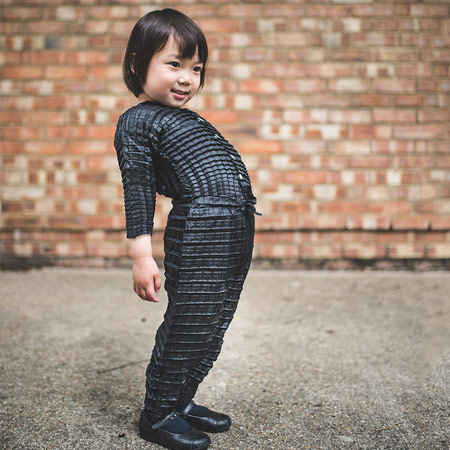 Petit Pli by Ryan Mario Yasin
The kids’ clothing line Petit Pli, designed by Royal College of Art graduate Ryan Mario Yasin, has a pleat system that lets garments stretch to fit even after growth spurts. Yasin, who was part of the school’s masters programme in Innovation Design Engineering, created Petit Pli after buying clothes for his nephew that no longer fit by the time they turned up. He used his background as an aeronautical engineer to devise a set of permanent folds that let clothes “unpack” when pulled, so they stretch over children as they get bigger. The collection features waterproof and windproof outwear, sized to fit children aged six months to 36 months. The designer hopes that by creating kids’ clothes that last longer, it will help reduce the huge amount of waste generated by the garment industry. 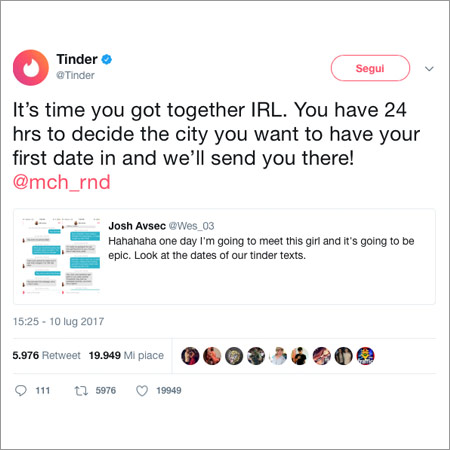 Tinder “Epic First Date Ever”
Josh and Michelle, two young Ohio students that Tinder’s app matched in 2014, began a conversation that continued for the last three years, without ever meeting each other, exchanging funny messages in a many months-long verbal crossfire. Some screenshots of their conversation, posted by Josh on Twitter on July 8, quickly become viral and within a few days they have been shared by more than 90,000 Twitter users and liked by 30,000, with the pressing demand by everyone to organize a real date. At this point Tinder “personally” intervened in the conversation, giving them the opportunity to choose a city to meet for their first appointment! Josh and Michelle finally chose Maui for this Epic First Date Ever. 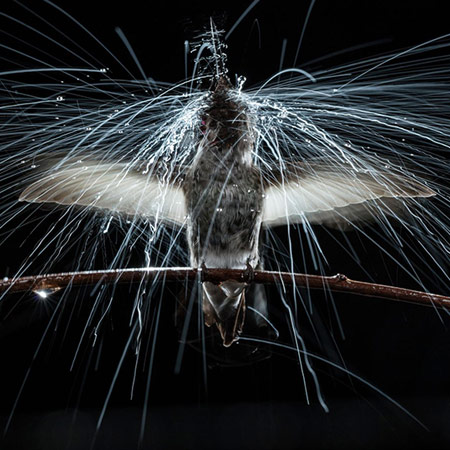 Hummingbirds in slow motion by Anand Varma – National Geographic Magazine
A phenomenal creature, hummingbirds have been studied intensively throughout mankind because we all know their secrets remain imperceptible to the naked human eye. In order to understand their intricate small bodies, saturated feathers, rapid wing-flapping rates and humming noise, researches have used many different technologies to uncover their mysteries. In a further attempt to understand this species, photographer Anand Varma has used a camera capable of capturing 3,000 frames per second to freeze in time the bird’s activities. Hummingbirds live exclusively in the Americas. The smallest can weigh less than two grams. The giant hummingbird found in Peru and Chile, tips the scales at around 20 grams. They’re the only birds that can hover in still air for 30 seconds or more. They’re the only birds with a “reverse gear”- that is, they can truly fly backward. And they’re the record holders for the fastest metabolic rate of any vertebrate on the planet. The series of images and the video by Anand Varma in collaboration with ornithologist Christopher Clark are part of an article on hummingbirds for National Geographic’s July issue. The coverage offers a detailed look into how these birds fly, shake, and drink in slow motion. The high-speed camera used to make the video is able to capture 500 frames each second, revealing what a 19th century scientist could only guess. 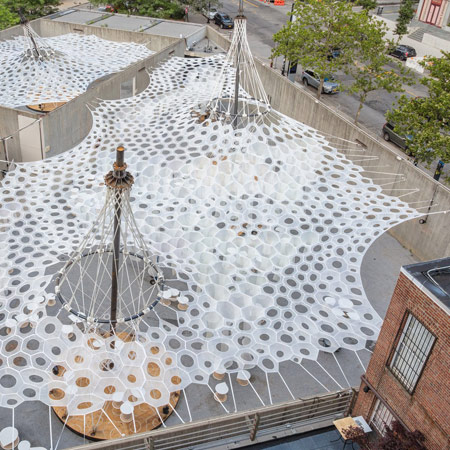 Lumen installation by Jenny Sabin Studio – MoMA PS1 – Long Island
The MoMA PS1 courtyard in Long Island City hosts the Lumen installation, a work by Jenny Sabin Studio, which won the latest YAP – Young Architects Program: an annual competition involving young architectural studios to imagine a temporary intervention in the open spaces of the arts center. The installation is based on a simple light-sensitive wire of more than 1 million meters, 100 of spools knitted by robots with digital technologies to produce the two canopies of the yard. The fiber structure is able to absorb and collect light from day; In the evening hours it will be emitted making the cover a light signal. 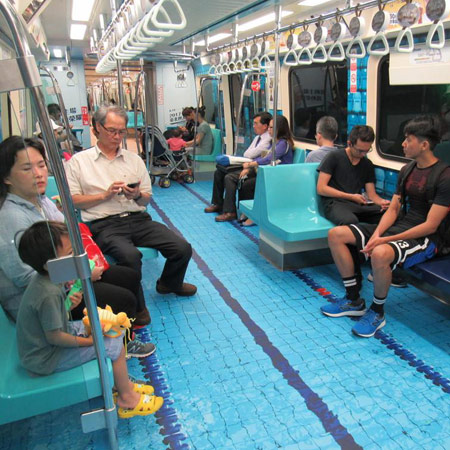 Subway Cars Decorated To Simulate Various Sports Venues – Taipei – Taiwan
Taipei City, the capital of Taiwan, is gearing up to host the 2017 Summer Universiade. To spread the hype, they gave the subway cars of their Mass Rapid Transit (MRT) system a makeover – by turning them into shockingly realistic simulations of sport venues. The decoration of each subway car was focused mainly on the floors, which now resemble swimming pools, soccer fields, race tracks, and basketball courts. It’s a project managed by EasyCard Corporation, which synchronizes public transportation throughout Taiwan, and the Tourism Bureau of Taiwan. The Summer Universiade will run from August 19th to the 30th, and Taipei is expecting to see a huge boom in tourism during this time. 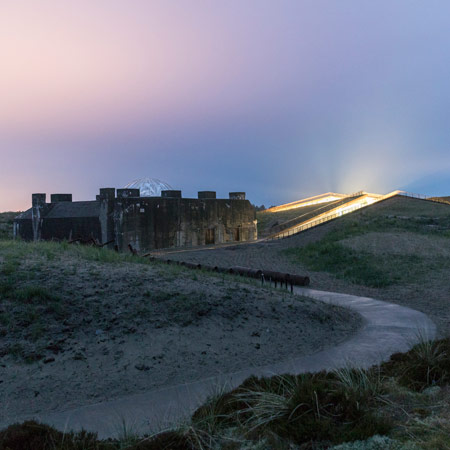 Tirpitz Museum by BIG – Blåvand – Denmark
The inaugaration of the new Tirpitz Museum, designed by BIG in Blåvand, Denmark, which transforms and extends a historic World War II bunker into a complex that includes four exhibition spaces within a single structure, perfectly integrated with the landscape. The construction of the invisible museum of 2,800 square meters is antithetical to the heavy bunker: the new Tirpliz is excavated in the hill and camouflaged with the landscape, contrary to the invasive construction of the original fortress designed simply as an immense block of concrete. The exhibitions offer permanent or temporary theme experiences. 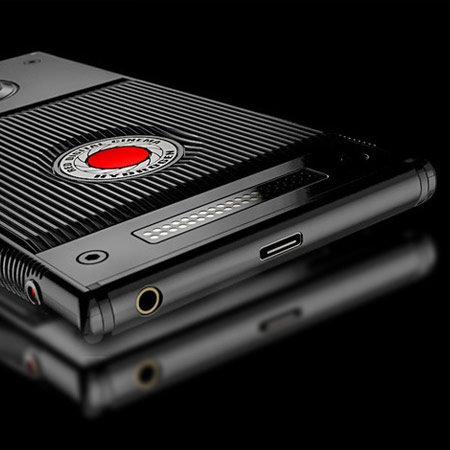 Hydrogen One by RED – the first ‘holographic’ smartphone
RED, a company best known for producing excellent quality cameras, recently announced that they will be venturing into the world of smartphones for the first time with the Hydrogen One. The Hydrogen One will feature a 5.7-inch “holographic” display that sounds like it will deliver a 3D viewing experience without the need for glasses. It will run Android, and RED says it will use an algorithm to convert stereo sound into “expansive multi-dimensional audio”. The Hydrogen One will also feature a microSD card slot for expandable storage, a USB-C port for charging and a “special small token” for people who order it early. RED will be offering the smartphone in two finishes: the aluminium model priced at $1,200 and the $1,600 titanium model. As for a release date, consumers would have to wait until 2018 for the smartphone to be come out. However, the Hydrogen One is already available for pre-order. 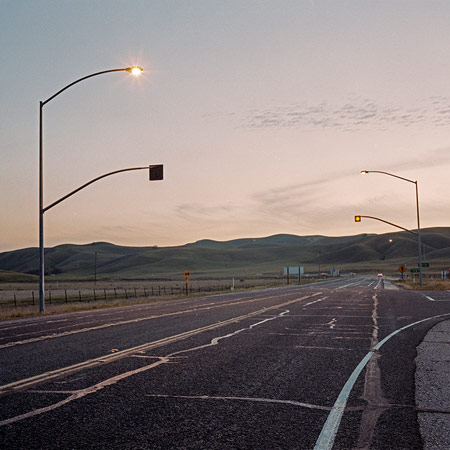 Road to Death exhibit by Cristophe Rihet – Les recontres de la Photographie – Arles
Christophe Rihet exhibits Road To Death at Arles, a collection of photographs of places where celebrities have lost their lives. Albert Camus, Coluche, Grace Kelly, James Dean, Helmut Newton, Jason Pollock, and others were all hit by an accidental death, consuming themselves on the streets, almost to represent the natural culmination of modern life. If modernity means speed and acceleration, crashes can no longer be interpreted as ancient natural cataclysms, but part of existence from the moment when life begins. Christophe Rihet found the places where they died. He photographed their invisible graves, and by the frame offered to the revealed image, here he transforms their brief false move into a move into eternity. He shows us the road in a different guise, as an open-air mausoleum.