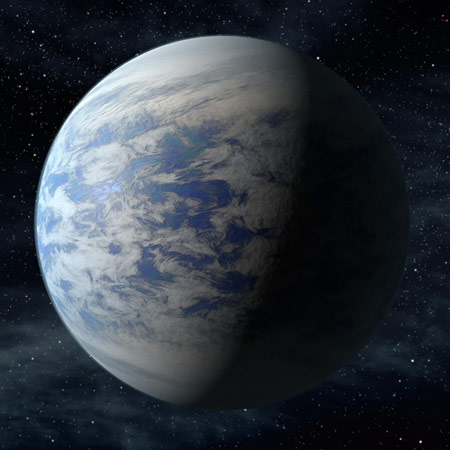 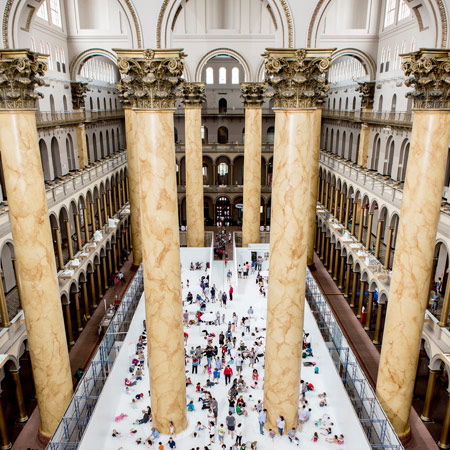 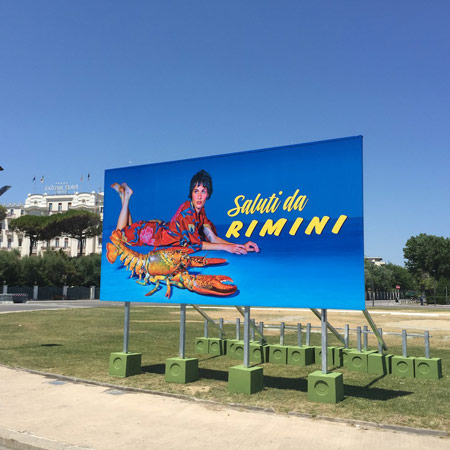 Greetings from Rimini billboards by Maurizio Cattelan and Pierpaolo Ferrari 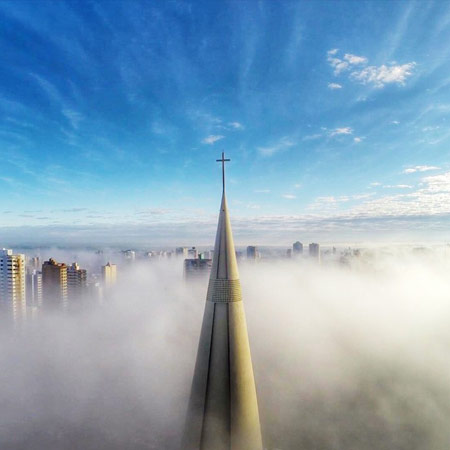 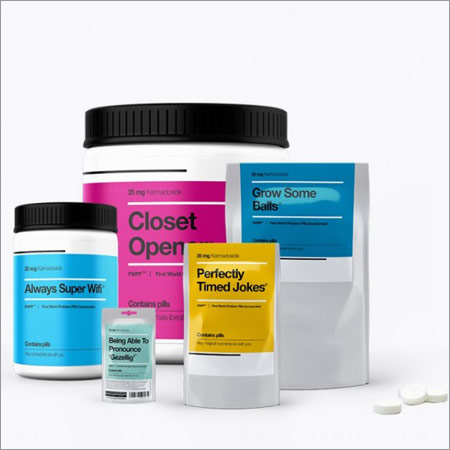 The First World Problem store – Amsterdam
The First World Problem store is selling pills for bad Wi-Fi connection, perfectly timed jokes, see unicorns and snore like a fairy. The physical and online stores are part of a brilliant fundraising campaign designed by creative firm Sue Amsterdam to support Dutch AIDS Foundation. The “pills” are 100% peppermints that are sold for 4,95€ as souvenirs to solve luxury problems. As part of the initiative the money spend to ease first world ailments is donated to solve a real problem: the fact that 22 million people are living with AIDS without access to vital medication due to social, political or economic reasons. All profits goes to AIDS Fonds aim to provide HIV medication to people who can’t afford it. The campaign has been widely successful; people who buy the pills often donate additional funds to the cause. 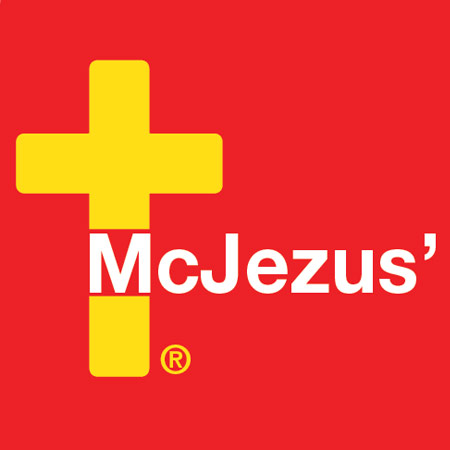 McJesuz exhibit by Casper Braat – Gerrit Rietveld Academie – Amsterdam
Amsterdam-based artist Casper Braat mercilessly skewers fast food giant McDonald’s in his latest project ‘McJezus’. He has satirically turned the global brand into a religion by imagining Ronald McDonald as a Christ-like figure, along with cross-shaped spoons, and French fry holders and ketchup packets with gold crosses on them. Like religious paraphernalia, some items such as the spoons are available for purchase at the exhibit, which is currently showing at Gerrit Rietveld Academie in Amsterdam. According to Braat’s artist statement, the project is a response to trends of “individualism and localism” by revealing “the beauty of mass-production and mass-culture, taken to the extreme to assume divine proportions, complete with all the rituals and symbols that come with the worship of religious iconography.” 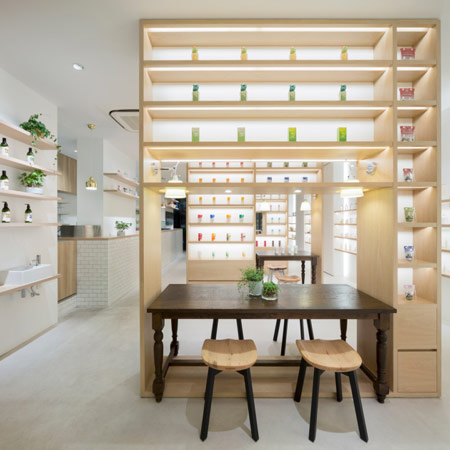 Beauty Library by Nendo – Tokyo
The Beauty Library in Tokyo is the latest project from the studio Nendo by the brilliant designer Oki Sato. It is a shop realized for the Australian company of organic cosmetics Nature’s Way. It is a bright, discreetly feminine and very welcoming space, resembles a boutique with the atmosphere of a library. QR code alongside the products allow you to learn more about them on your device, or buying them directly online. The products are lined up on the shelves of some libraries, designed with some tables where you can test them freely. “In this way – said Nendo – the store not only sells cosmetic products, but is also a place where knowledge relating to them can be obtained.” There you can buy personal care products, but also relax, reading a book or drinking a coffee or eating different dishes. This shop confirms the close relationship between inner and outer beauty. 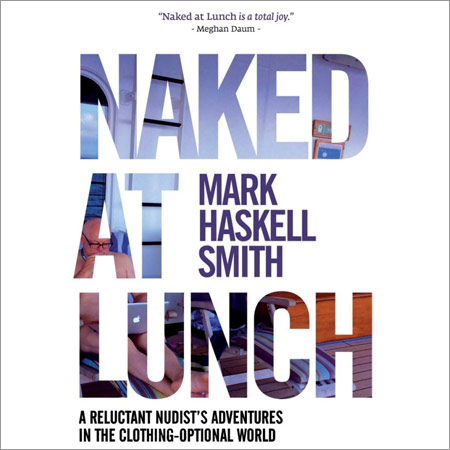 Naked at Lunch book by Mark Haskell Smith
Mark Haskell Smith’s book is entitled Naked at Lunch: The Adventures of a Reluctant Nudist in the Clothing-Optional World, and follows the adventures of the American writer living a year as a nudist. 365 days he traveled the world with no clothes, as nature made him “out of curiosity towards subcultures”, and described in detail his unique experiences, from the nudist etiquette to what he felt. Through his comments he points out that at least in certain circumstances, being naked can be pleasant. His book has been translated into many languages, and his release in Italy is expected soon. 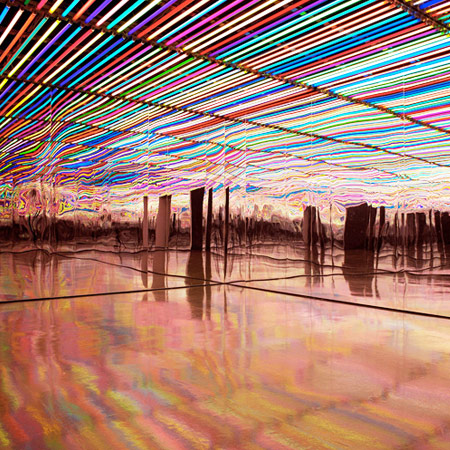 An Additive Mix installation by Liz West – National Media Museum – Bradford – United Kingdom
Manchester based artist Liz West reveals An Additive Mix at the National Media Museum in Bradford, bathing a 10m x 5m room in a vibrant spectrum of light and colour. 250 6ft fluorescent tubes with filters in 191 individual hues are combined with a surrounding series of infinity mirrors, reflecting a dynamic and intense illumination throughout the space. The installation takes the principle that white light is composed of different colours of the spectrum (additive colours) and places people in the centre of the phenomenon; saturating them in individual hues that collectively create white light in a seemingly endless space. An Additive Mix has been developed over the past seven months to form part of the exhibition Light Fantastic: Adventures in the Science of Light which celebrates the UNESCO International Year of Light. 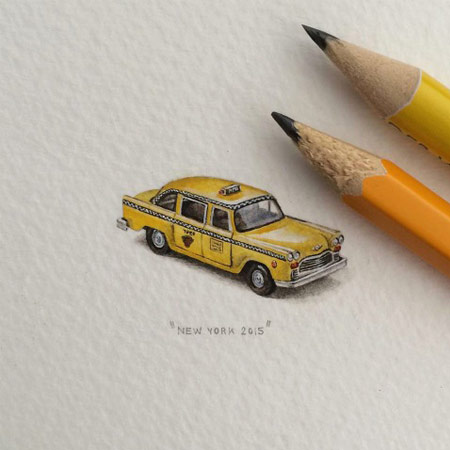 #ANTSinNYC exhibit by Lorraine Loots – Three Kings Studio- New York
From 8th to 15th of July, at the Three Kings Studio in Brooklyn, Lorraine Loots, a young South African artist, displayed 740 miniatures, to admire with the magnifying glass. #ANTSinNYC is a retrospective of a two-year career, 2013 and 2014, during which, Lorraine painted a micro art-piece each day, exercising for an hour a day in the art she learned in college, decided to put it by, looking for a ” a normal nine-to-five job”. Success through social networks was such that Lorraine now is a full-time painter, and she sold all of the 730 paintings she created. The pieces on display are prints, with 10 original works made in New York City for the occasion. 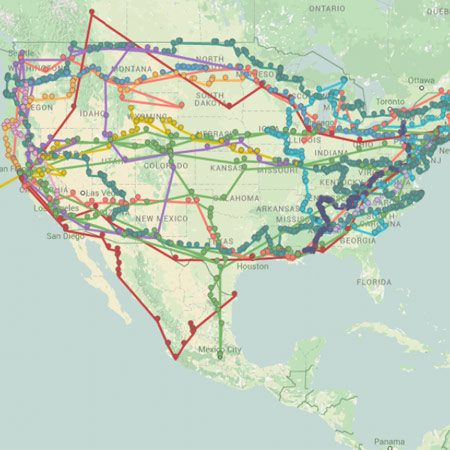 The Obsessively Detailed Map of American Literature’s Most Epic Road Trips by Kreitner and Steve Melendez –Stati Uniti
The writer Richard Kreitner, in collaboration with Steve Melendez created for Atlas Obscura an interactive map of the United States, by selecting some of the most important American writers who in their works described the essence of the nation, accompanying readers of generations on endless roads of the country. The authors of the map have cataloged paths narrated in 12 large books of American literature, from the classics of the beat generation to the most recent “Wild” by Cheryl Strayed, returning a landscape full of individual and collective experiences. There are paths of the spouses reported Fitzgerald in “The cruise scrap rambling” and two great classics like “On the Road” by Jack Kerouac and “Zen and the Art of Motorcycle Maintenance” by Robert Pirsig. Opening the map so you can “visit” every place through statements, reported in the original language, which has geo Kreitner faithfully. 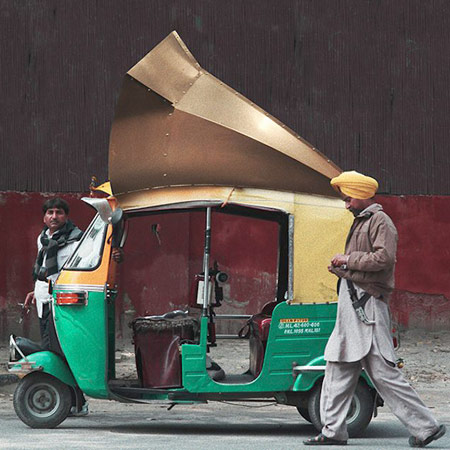 Fuzzy Logic Project by Marta Santambrogio
Fuzzy Logic is a speculative project, by Marta Santambrogio, that responds to noise pollution with music composition. Traffic noise is now the inorganic combination of individually designed sounds. A recent European law states that new models of electric and hybrid vehicles will have to make a noise by 2019: a great design opportunity! Exploiting the potential of current shifts towards electric transport, the project presents an alternative: noise itself becomes the object of design, and traffic is turned into a musical experience. Future e-cars are approached as speakers on wheels and rather than design the sound of single vehicles, we can compose the sound of traffic as a whole. In order to transform traffic noises into a jam session – a kind of moving orchestra – the designer focuses the project on the iconic Indian tuktuk: each one plays an instrument as part of a system designed to be randomly harmonic and make musical sense as a whole, regardless individual tuktuks driving patterns. 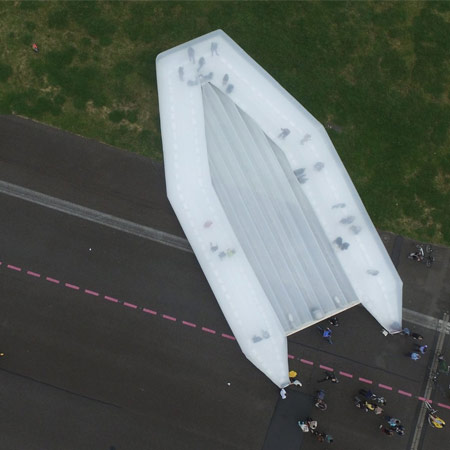 LIVEBOAT- Chapter five by Plastique Fantastique – 48 Stunden Neukölln art festival – Germany
An abandoned airport park, Tempelhof Field became a symbolic sea of green carrying Plastique Fantastique’s LIVEBOAT – Chapter 5, an installation created for Berlin’s 48 Stunden Neukölln arts festival. For two days, galleries, shops and other locations in Neukölln offered their time and space to various projects exploring global crises and asking ‘Can art save the world? LIVEBOAT – Chapter 5 is a moving artwork that focuses on the ongoing refugee crisis. The installation took the shape of a translucent lifeboat, big enough for visitors to climb inside through small holes in the inflated sides. As a tiny white boat in a vast green space, the choice of location showed how vulnerable and exposed people are when they are out in flimsy boats on the open sea. The physical exterior stood as a memorial to refugees who have lost their lives attempting the dangerous crossing from North Africa to Southern Europe. For an issue that is often summarized with overwhelming facts and figures, these individual stories were a poignant way to engage people on a more human and personal level. 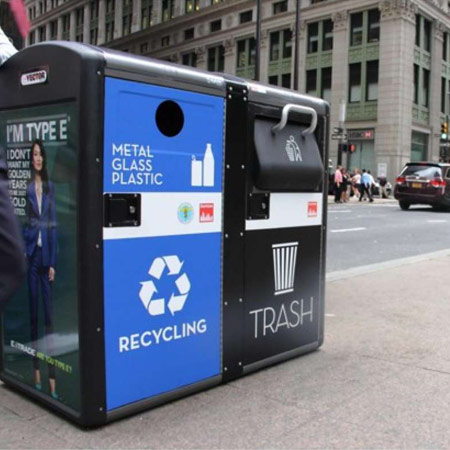 Bigbelly solar powered “smart” bin wireless hotspots – New York
Bigbelly, a Massachusetts-based waste management company, is hoping to turn its trash and recycling bins into wireless hotspots throughout New York City. The project began in downtown Manhattan, where more than 170 of Bigbelly’s solar powered “smart” bins have already been installed. Each container is equipped with a chip that detects when the bin is full or too smelly, allowing trash collectors to make a pick-up where they’re needed most. But the city thought the already-high-tech bin could still use an upgrade. So last winter, Bigbelly teamed up with New York’s Downtown Alliance to turn two of the containers into hotspots by installing Wi-Fi units inside them, and now plan to extend the service to all 170 bins.