The inauguration of The Shard by Renzo Piano – London

12 Seasons. Music for the Great Gallery of the Palace of Venaria by Brain Eno – Venaria Reale – Italy 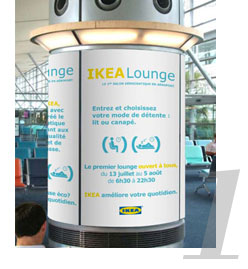 IKEA Lounge – Charles De Gaulle Airport – Paris
IKEA has opened a pop-up Lounge, open from July 13 to August 5, at Paris’s Roissy-Charles de Gaulle airport for passengers to relax in between flights during the busy summer travel season. The 220-meter lounge, complete with nine bedrooms of varying sizes, is open to all passengers in terminal 3. There’s even a 50 meter square kids’ play area supervised by specialized staff. Tired travelers with long layovers can take a nap in one of nine bedrooms, one of which has been designed to be accessible to disabled passengers. As with more traditional VIP travel lounges, hostesses greet passengers who can also choose to pass the time reading a selection of magazines or watching television. 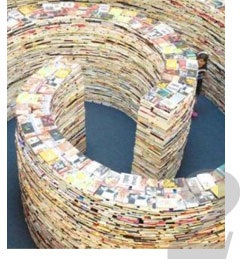 aMAZEme installation by Marcos Saboya and Gualter Pupo – Southbank Centre – London
From the 31st of July there’ll be a labyrinth of books in the Clore Ballroom. It’s called aMAZEme and is part of the London 2012 Festival. People can wander round it and see spoken word performances until the 26th of August (for free), but firstly the thing has to be built. aMAZEme have put out an appeal for volunteers on Craigslist – they need people between the 26th-30th of July to take 250,000 books and build walls up to 3m high. They’ll give you food and drink for helping out (they also need a hand taking it all down again on the 27th of August). The construction of the labyrinth and the public’s participation will be filmed by video cameras and sent to the aMAZEme website as well as social media sites. Touch screens will be installed to look up information and to screen content, which will also be shown in monitors throughout the installation. 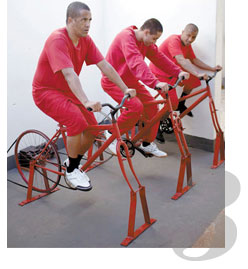 Sentence reduction for inmates who produce electricity cycling – Santa Rita do Sapucaí – Brazil
The prison of Santa Rita do Sapucaí, has launched a new initiative, the possibility of offering to prisoners reduction of sentence for good behavior, provided that they work in the production of electricity by cycling, in a completely ecological way. In the prison, bicycles have been installed that generate energy which is then used for street lighting in the city, it is also a good way to keep prisoners physically fit and ocupy their minds in more productive activity. For every 16 hours of pedaling on bikes that generate energy, inmates have their sentences reduced by one day. There is no requirement for prisoners to have to spend a few hours of their days riding, but the initiative was well received voluntarily and with very positive results. 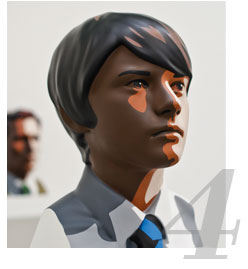 Julian Opie exhibition – Lisson Gallery – London
On display through August 25 at the London’s Lisson Gallery is the largest solo exhibition to date from British artist Julian Opie, known primarily for Blur’s Best Of album cover art. The artist’s trademark thick black lines and the very modern faces and clothing are juxtaposed with new media processes, such 3D laser scanner technology. The artist experiments with traditional art forms, such as mosaic portraits, and posing styles, standing figures inspired by Greek and Roman art. A striking part of his new work is the series of busts, where the heads of friends and family members were scanned three dimensionally, formed and dipped in resin, then hand painted by the artist. 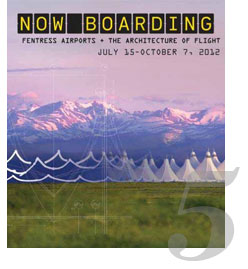 Now Boarding Exhibition – Denver Art Museum – USA
The Now Boarding exhibition, at the Denver Art Museum, will challenge not only what people may know about airports, but also what they think they know about exhibits. An international travelling exhibition, Now Boarding: Fentress Airports and The Architecture of Flight provides a multi-media immersion in the past, present and future of airport design. The exhibition is informative and experiential, offering three distinct storylines: the history of airport design; an up-close exploration of airports through six international projects designed by Curtis Fentress, and the future of airport design as imagined by experts across disciplines. Organized by noted curator Donald Albrecht, the exhibit examines this complex public space through digital art, film, animation, models, drawings, photographs, renderings and full-scale architectural elements. 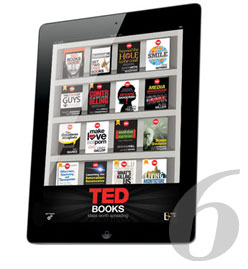 TED Books
Following the worldwide success of TED Talks, TED becomes a real publisher. TED Books is a new project for publishing e-books in a new, quick and agile from. While a traditional book is at least 60,000 words, TED Books, are at fewer than 20,000. Most TED books can be read in less than an hour. Exploiting the possibilities of digital books, they can be read on traditional e-book readers, but also on iPhone and iPad, where there is the possibility to enrich the experience with videos, animations and graphics. Each book costs just over 2 Euros if bought individually, but there are also forms of subscription. 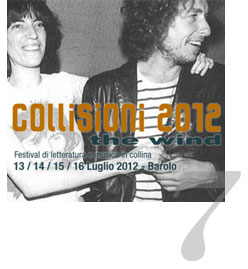 Collisioni Festival 2012 – Barolo – Italy
From 13th to 16th of July, in the amazing setting of the Langhe area, was held, with extraordinary success, the fourth edition of the Festival Collisioni. In the small village of Barolo, 70.000 people attended the big event, where literature and music at the highest levels interacted with each other. Many guests participated in this edition of Collisioni: great musicians like Bob Dylan, Patty Smith, Boy George, Zucchero, but also great writers like Don DeLillo, Nicolo Ammaniti, Pupi Avati, Moni Ovadia. Collisioni has become an engine for tourism in the Langhe area, and, starting from this edition, has joined the ranks of the most important Italian festivals. 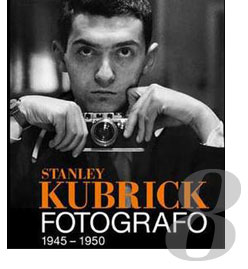 Stanley Kubrick Photographer exhibit – PAN – Napoli
The PAN Palazzo delle Arti Napoli presents amazing photographic works by Stanley Kubrick who, at 17, was hired by Look Magazine, one of the most important magazines in USA, to show everyday life of the postwar period in America. The expositive project searches Kubrick’s photographic style which reveals a premature human soulfulness also found in his movies. The exhibition is also an occasion to know Kubrick’s root: if hadn’t become director, Stanley would have remain a photographer. 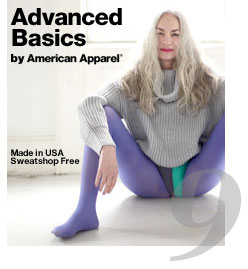 American Apparel – Advanced Basics ad campaign – USA
Routinely criticized for their advertisements starring under-age teenagers, American Apparel has done an about turn and cast an senior citizen in its newest campaign. So far her age is unknown, but with her long grey hair and a smile that only years of experience could account for, Jacky, as brand representatives are calling her, seems a perfect fit for the clothing label’s aptly named Advanced Basics line. Jacky was discovered on the streets of New York and the American Apparel ads are the first she’s ever modeled for. The daring campaign follows the label’s last show of equal opportunity advocacy, which gave centre stage to America’s Next Top Model star and transgender model Isis King. 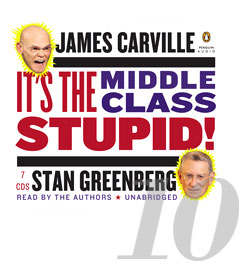 It’s the Middle Class, Stupid! by James Carville and Stan Greenberg
James Carville, long time Democratic political consultant and well known media personality, and Stan Greenberg, a leading pollster and political strategist who has advised the campaigns of Bill Clinton and many other candidates, co-wrote It’s the Middle Class, Stupid!, a book destined to make waves during the 2012 presidential campaign of November. It is a mix of chatty dialogue between the authors, graphs, demographic data and economic trends, which provides provocative arguments on where American government has gone wrong, on how it should act to shore up the suffering middle class and most of all on what voters can do about it.