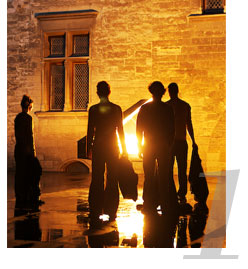 Trilogy of the Divine Comedy by Romeo Castellucci – Avignon
Great success with the public, but also great critical success has received the Romeo Castellucci’s “Trilogia della Divina Commedia” (trilogy of the Divine Comedy), created for the Avignon Festival 2008. Founder of the Socìetas Raffaello Sanzio, graduated in Fine Arts and Choreography, Castellucci introduces the Festival main event. It’s a complex, unexpected and disturbing work, without words spoken by the characters, but with a beyond metaphysical language, made up of sounds (music of Scott Gibbons), lights and scenes of violence. The audience is involved in an out-and-out relationship of power. The Inferno is pain, fear, pure degradation. The Purgatory is desolation and betrayal. The Paradise is steadiness and exclusion. 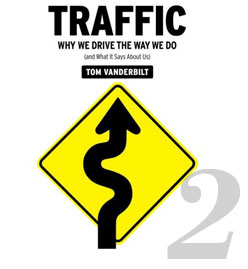 Traffic: Why We Drive the Way We Do by Tom Vanderbilt
Traffic, written by Tom Vanderbilt, is a book based on research and interviews with driving experts and traffic officials around the globe. Traffic gets under the hood of the everyday activity of driving to uncover the surprisingly complex web of physical, psychological, and technical factors that explain how traffic works, why we drive the way we do, and what our driving says about us. Vanderbilt examines the perceptual limits and cognitive underpinnings that make us worse drivers than we think we are. He demonstrates why plans to protect pedestrians from cars often lead to more accidents. He explains why traffic jams form, outlines the unintended consequences of our quest for safety, and even identifies the most common mistake drivers make in parking lots. 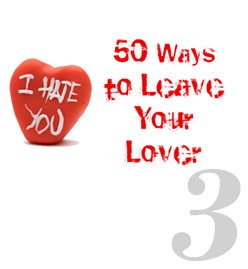 50 Ways to Leave Your Lover by Anthea Williams – Bush Theatre – London
From 21th of July to the 9th of August at the innovative Bush Theatre in London plays the comedy 50 Ways to Leave Your Lover, that remind the famous Paul Simon’s song. Over the last year, have been asking their audience members to anonymously write down their best break-up stories. Some were funny, some tragic, some plain bizarre but all of them inspired five young playwrights to create a montage of vignettes illustrating the best ways to tell someone it’s over. The comedy has been represented during Latitude Festival 2008. All the emails probably will be the story of a new book. 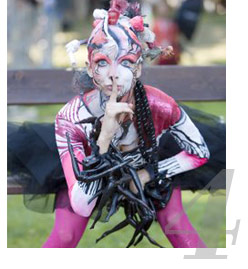 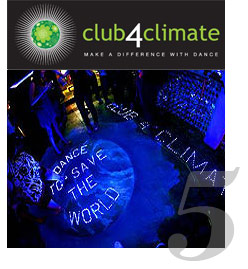 The worlds first Eco-Nightclub – London
The first eco-nightclub has opened in London, Kings Cross. The recently opened Club Surya (which stands for “the sun God”), made from all manner of reclaimed bottles, timber and budgerigars, has a dance floor that harnesses the movement of club-goers to generate energy to power the club (developing 60% of the energetic consumption of the club) and eco-toilets that can save 340 litres of water a night. The club, cost over a million euros, and is the first club taking part in the Club4Climate project, that has the purpose to build eco-nightclubs all over the world. 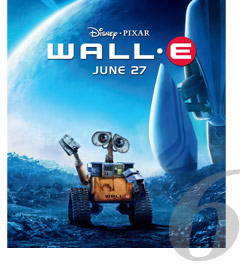 WALL-E by Andrew Stanton
What if mankind had to leave Earth and somebody forgot to turn the last robot off? Academy Award-winning writer-director Andrew Stanton (“Finding Nemo”) and the inventive storytellers and technical geniuses at Pixar Animation Studios (“The Incredibles,” “Cars,” “Ratatouille”) transport moviegoers to a galaxy not so very far away for a new computer-animated cosmic comedy about a determined robot named WALL-E. After hundreds of lonely years of doing what he was built for, WALL-E (short for Waste Allocation Load Lifter Earth-Class) discovers a new purpose in life (besides collecting knick-knacks) when he meets a sleek search robot named EVE and the key to the planet’s future. Meanwhile the humans were eagerly awaiting word that it was safe to return home. 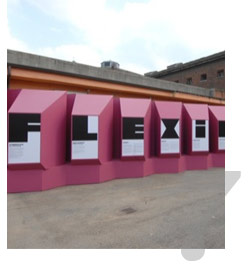 Exhibition Flexibility – Design in a fast changing society – Turin
Nine installations have been created ad hoc for the Flexibility exhibition which is part of the many events that celebrate Torino Design Capital 2008. Nine different points of view regarding the theme of flexibility, installed by nine different design teams. See some of them as examples: the Flexible Bench by Giulio Iacchetti is a special seating for urban furniture that, by rotating the backrest, transforms itself into a shelter for the night; the futuristic vision of Ross Lovegrove finds inspiration in the liquid form of our deep, primordial origins, as he experiments with light and space; Stanze Istantanee by Matali Crasset modifies domestic space according to need; the Renewable Clothing by Fernando Brizio colours itself automatically and can be reused. More information available on the web-site. 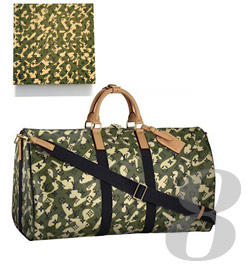 Monogramouflage Collection by Louis Vuitton & Takashi Murakami
After cherries and flowers patterns, a new collaboration between the Japanese designer Takashi Murakami and the French brand Louis Vuitton was developed: the Monogramouflage collection. The collection, first released at Brooklyn Museums Murakami Exhibition, consists of bags, wallets, sneakers, bracelets, iPod cases and belts. The camouflage pattern is obtained through different fading into the denim material and the other bags and luggages are coated canvas. These products, in a limited edition, are available at Louis Vuitton stores until the end of July and, only for the US market also on e-Bay. 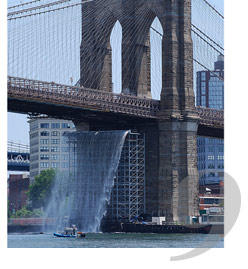 The New York City Waterfalls by Olafur Eliasson – New York
From June 26th to October 13th the city of New York will have waterfalls. The New York City Waterfalls Project is an artistic installation from the Danish-Icelandic artist Olafur Eliasson: four impressive artificial waterfalls, some as high as the Liberty Statue, will rise up on the East River, under the Brooklyn Bridge and in front of Governor’s Island, in a landscape of powerful visual impact. Eliasson’s fame all around the world is linked to his visionary scenarios suggesting new forms to experience the urban environment. The main aim of this project is to give to the newyorkers an inspiring insight of the river which relevance they tend to forget in their day by day life. 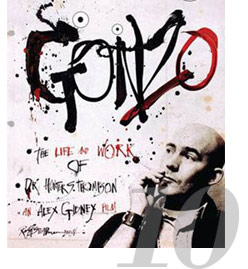 Gonzo, The Life and Work of Dr. Hunter S. Thompson by Alex Gibney
Few journalists have attained the notoriety of Dr. Hunter S. Thompson. He became a living legend whose persona often overshadowed his work. In Gonzo, The Life and Work of Dr. Hunter S. Thompson Academy Award-winning documentarian Alex Gibney presents a biography on the inventor of the gonzo journalism and explores his writing through the use of archival material, some of which is available to public for the first time, and new interviews of family and friends. Narrated by Johnny Depp (Thompson’s closest friend), Gonzo’s main focus is on Hunter when he was on the top of his game for about 10 years, a envious decade for any writer, in which he wrote several brilliant books, as Fear and Loathing in Las Vegas.