Dalí at the Tate Modern – London

The Rain Before It Falls by Jonathan Coe

The Simpsons Movie by David Silverman 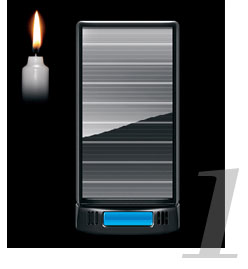 Solar Powered Mobile Phone – China
With one hour of solar exposure, the new ecological mobile phone produced by the Chinese manufacturer Hi-Tech Wealth, will allow a 40 minutes conversation, with zero electric energy consumption. The new phone is the result of an emerging trend that all the mobile phone manufacturers are to consider in the years to come: taking into serious consideration the troubled relationship between mobile phone and environment. Nokia and Motorola are also investing towards this direction. So far, however, only the Chinese company has released a first item, which will be soon sold in the Chinese market at a price of 385 euro. 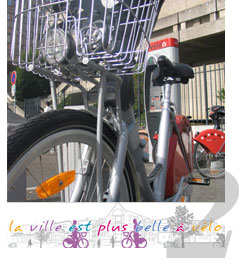 Velib – Paris
On July 15, the city of Paris, a city with over 371 km (230 miles) of cycling lanes, debuted a new low-cost self-service “bicycle transit system” called Velib, an idea of Bertrand Delanoe, the mayor of the city, to fight traffic and pollution. Parisians and visitors alike will be able to pick up and drop off bicycles throughout the city at 750 locations, offering a total of 10,648 bikes. By the end of the year, there will be a Velib’ station approximately every 900 feet for a total of 1,451 locations and 20,600 bikes. To access the bikes, riders can select a one-day card for 1 euro, a weekly card for 5 euros or an annual card for 29 euros. 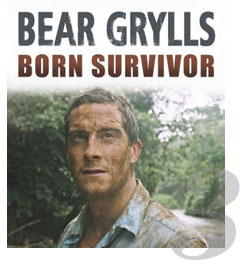 Born Survivor reality show unmasked – United Kingdom
Born Survivor, the famous Channel 4 reality show (with an audience of 1,4 millions of people in UK) based on the extreme experiences of the survivor Edward Michael, was just “unmasked”. A crew member of the programme said that, after the camera stopped, the survivor would often stay in hotels – including one with internet access and pancakes for breakfast – and that many of his daring missions were stage-managed. After the disappointment of the audience, Channel 4 confirmed that the protagonist had used hotels during expeditions and had asked Diverse, the Bristol-based company behind the series, to look into the other claims. 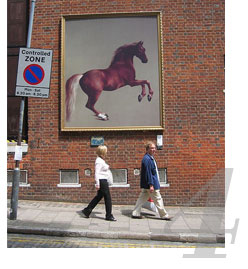 The National Gallery and HP in the streets of London – United Kingdom
The National Gallery and HP joined together for an interesting experiment of territorial marketing, with the project The Grand Tour. For twelve weeks (from June to September), the streets of London are being turned into a Gallery – as around 30 full size recreations of National Gallery paintings are hung on the walls, in the most unexpected and unusual of places. Masterpieces from Caravaggio to Constable are exposed among the bustling streets from Soho to Seven Dials. Celebrating the richness, diversity and stories of the National Gallery’s permanent collection, the Grand Tour aims to encourage people to make the short journey to visit the genuine works, and many more, for free. 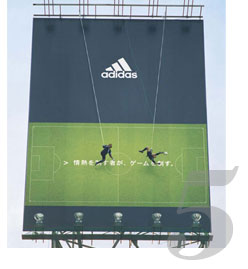 Vertical Football adv by Adidas – Tokyo
It takes something special to bring the swarming streets of Tokyo to a standstill, and an amazing billboard by the sporting-gear company Adidas has done just that. Pedestrians below watched awestruck as two athletes enjoyed a game of soccer on the live action advertisement. Proving the sports label’s slogan that “Impossible is Nothing,” the athletes play an impressive one-on-one game high above the city streets. The players, suspended high above the street by bungee cords, kick around the football that is tethered between them. 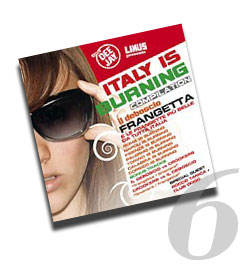 Italy is burning by AA VV – Italy
“Milan Is Burning” is the title of the song launched by Radio Deejay. That in little time became an internet phenomena. The track created by a group who heads the site Il Deboscio, proposes a parody of Milanese 20 year olds. The track has at its base a dance rhythm accompanied by an electronic female voice, but the real the fulcrum of its success are the lyrics: a true work of art of common places and phrases, putting into light the behaviours of the Lombardy inhabitants. The defusion of the different versions, created by youngsters all over Italy who proposed local versions is interesting, becoming a national case and creating a vision of a generation: from “Modena is burning”, to “Ferrara is burning” and “Catanzaro is burning”, today collected in the album “Italy is burning”. 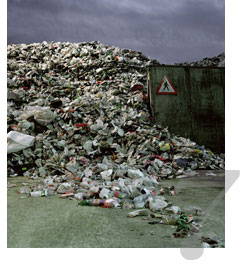 Wastelands Exhibition by Spencer Murphy – AOP Gallery – London
At first glance it doesn’t sound too appealing – an exhibition of images from waste sites. Pictures of rubbish tips, abandoned quarries, incinerators and scrapyards, and the people that work in them. But Spencer Murphy, has made a strange kind of beauty from these unlikely starting points. Partly it’s an eye for catching a scene at its most captivating time – tyres dumped on wasteland in the morning mist, a mountain of alloy wheels under evening floodlights – and partly an ability to find a dark humour in these unprepossessing places. Beautiful, unexpected, moving stuff. 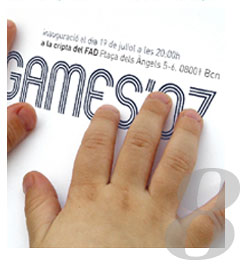 Wallgames’ 07 – FAD – Barcelona
Barcelona. FAD is a non-profit cultural institution made up of more than 1,500 professionals working in design, architecture and other creative fields, and the Crypt is its latest exhibition space, a small gallery where once was the convent’s crypt. Wallgames’ 07 is an initiative dreamed up by Xavier Flores and Ruth Pérez. During this occasion, she presents a series of classic games applied to adhesive vinyl to allow adults to transform those under-utilized spaces of the home and give them up for the little ones to occupy. 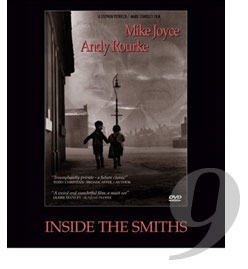 Inside The Smiths by Stephen Petricco
This is the first documentary about The Smiths to be released on DVD by Stephen Petricco and begins with the story of the band’s origins in Manchester. The film takes us through the trip to London, the eventful recording of their debut album, the tours, the trips to the US and the superfandom. Andy Rourke and Mike Joyce were the legendary rhythm section behind The Smiths. Here, for the first time on film, they tell the story of their time in the group. Speaking with candour, honesty and humour, Mike Joyce and Andy Rourke offer a unique insight into the private life of the groundbreaking band. 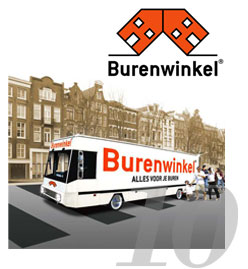 De Burenwinkel (Neighbourshop) – Amsterdam
De Burenwinkel is a Dutch project which revive the ‘good neighbourliness’ theme in a creative and ironic way. Martijn Engelbregt, the project leader – in collaboration with young designers of the Sandberg Institute -, is calling all citizens of Amsterdam to create and submit products which aim to positively contribute to neighbourly relations. According to Engelbregt and the 20 united neighbours co-founders of this initiative, the neighbourhood is in fact the first step towards society. In September a mobile shop will sell all these special products, travelling through Amsterdam’s neighbourhoods, in search of streetparties, flatbarbecues and other forms of convivial neighbour moments.