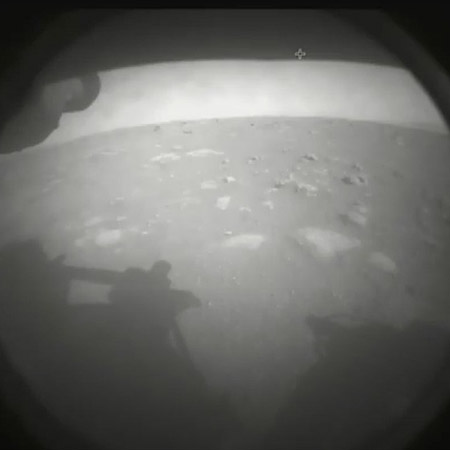 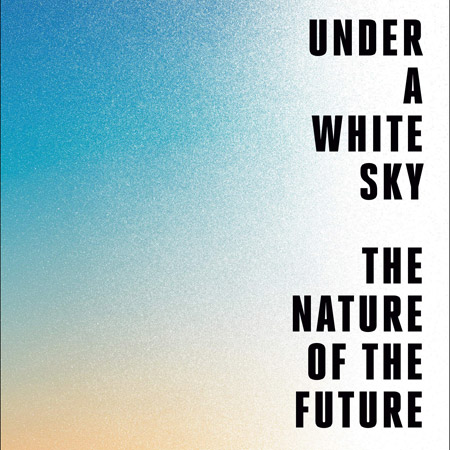 Under a White Sky: The Nature of the Future by Elizabeth Kolbert 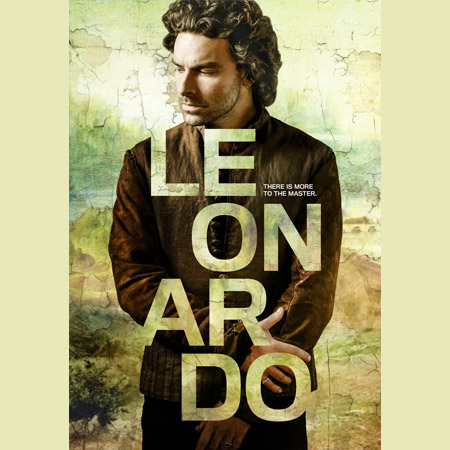 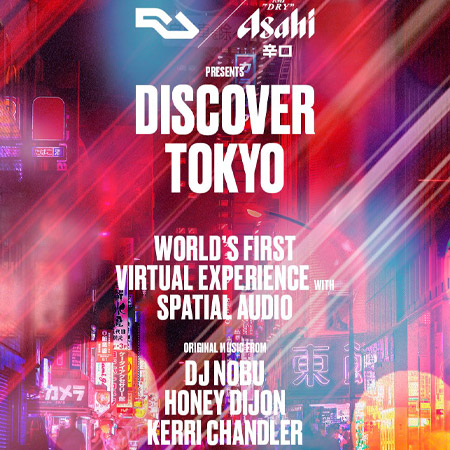 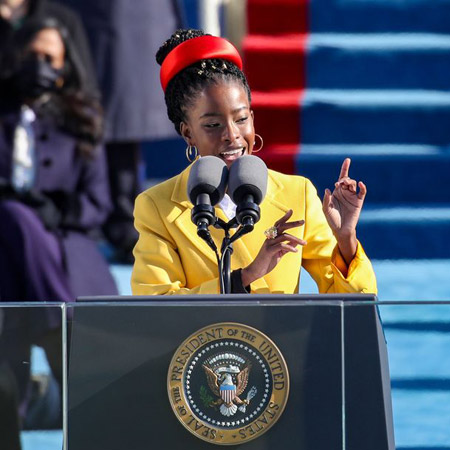 Poem The Hill We Climb by Amanda Gorman 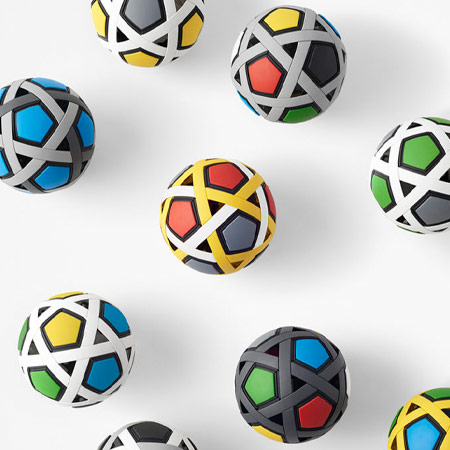 My Football Ki by Nendo – Japan
The Japanese design studio Nendo designed My Football Kit, a modular football, made from 54 interlocking pieces. The project reduces the maintenance costs of ordinary footballs, trying to offer all children, especially those of the poorest communities, a more lasting resource, which can solve the problems of deterioration of the ball or of its inflation (in certain social realities this is often a problem). For the shape and structure of the ball, they were inspired by Japanese handcrafted constructions in woven bamboo. The material, is the result of the assembly of three types of synthetic resin in recycled polypropylene and elastomeric, replicates the touch of a normal soccer ball, light when in contact with the foot, but with greater resistance over time. The ball, which can be customized with various colors, is inflated by the internal air pressure created by the interlocking pieces, and maintains the structure even in the event of damage or loss of a piece. My Football Kit is shipped in compact packages, each containing 20 kits for as many balls, reducing shipping costs and making the use and disposal of packaging materials more sustainable. 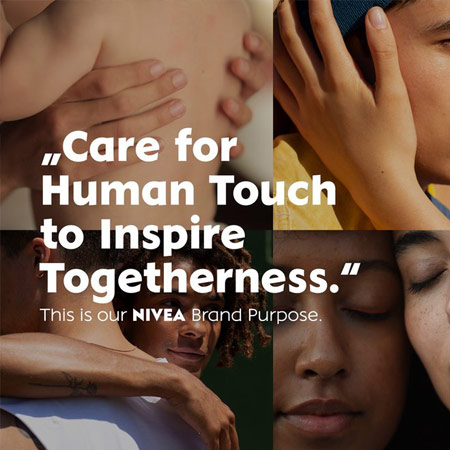 #CareForHumanTouch by Nivea
The Nivea commercial, launched in January 2021, tells about the importance of physical contact, at the heart of the company’s brand purpose. The pandemic and the lockdown have heightened the sense of loneliness and lack of human contact. According to global research commissioned by Nivea, almost half of the respondents said that isolation made them feel more alone than ever in their life. All over the world people have expressed a desire to recover, as soon as possible, all that which they have been missing for so long. From this concept comes #CareForHumanTouch, Nivea’s new communication positioning for 2021: « we support the value of human contact to inspire union and closeness». The Beiersdorf Group Brand will activate a series of communication and territorial activities, to promote the health benefits of physical contact. The brand will invest 20 million euros in local projects around the world, reaching 150,000 people, paying particular attention to premature babies, visually impaired people and the elderly with dementia. Nivea by 2025 also wants to raise the awareness of 100 million people on the proven health benefits of skin contact. 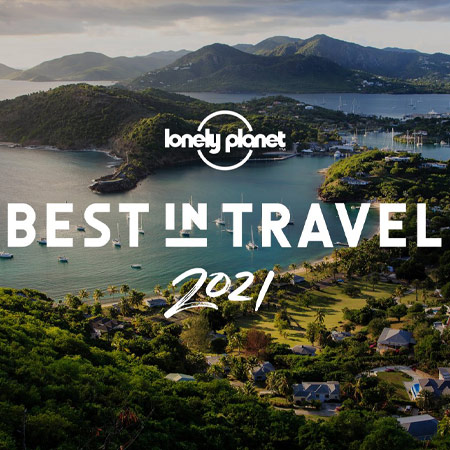 Lonely Planet Best In Travel 2021
For the 2021 edition, Lonely Planet has changed the principles of choice and the categorization of recommended destinations in its annual guide Best In Travel. In light of the pandemic, instead of speaking of interesting places, events, novelties or natural peculiarities, dividing them between countries, cities and regions, for 2021 it has chosen to speak of those places, initiatives and people who have contributed to bringing some positive news in the way of traveling using the criteria of: sustainability, community and diversity, in the hope of encouraging their readers to travel responsibly and to become advocates of positive change. 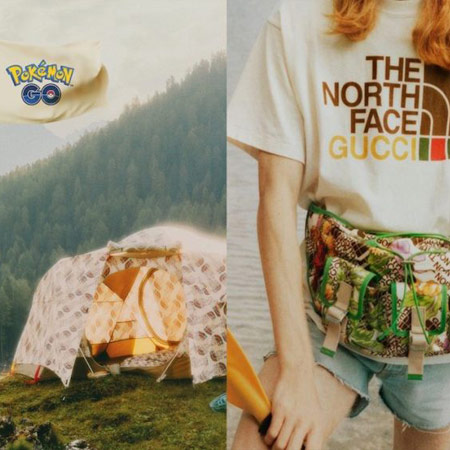 The North Face X Gucci Collection in collaboration with Pokémon GO
Gucci and The North Face have created a collectiontogether, in limited edition, dedicated to their common love for Nature and its exploration. Unveiled in December, in January it was launched on a very special stage: the Pokémon GO video game. The North Face x Gucci is therefore available both in the Gucci Pins pop-up shops around the world, as well as in more than 100 PokéStops, virtual places connected through the game’s augmented reality, to the real Gucci stores, for Italy, the boutique on Via Montenapoleone in Milan. Among the many garments and accessories, the T-shirts, hats and backpacks in the collection have been transformed into limited edition digital designs for the avatars of Pokémon GO players who can collect and wear them as skins. 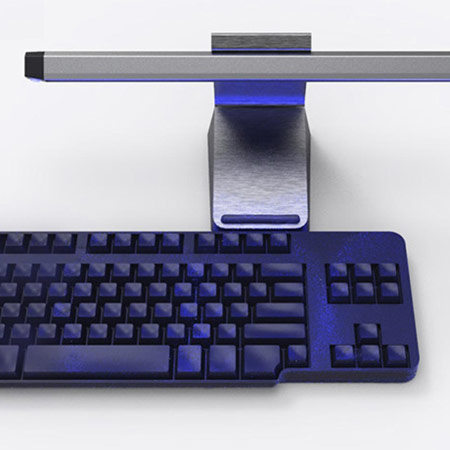 UV-C LED Disinfection Light by Targus
One of the problems related to the pandemic is the sharing of objects which, when touched by multiple people, can more easily spread the virus. The Californian company Targus presented UV-C LED Disinfection Light with which it won the CES 2021 Innovation Award for the Computer Components and Accessories section. It is a suspended horizontal bar that dispenses ultraviolet light capable of destroying every microorganism, also useful for the daily disinfection of smartphones. The choice of UVA rays is due to the fact that chemical or liquid disinfectants could damage computers. 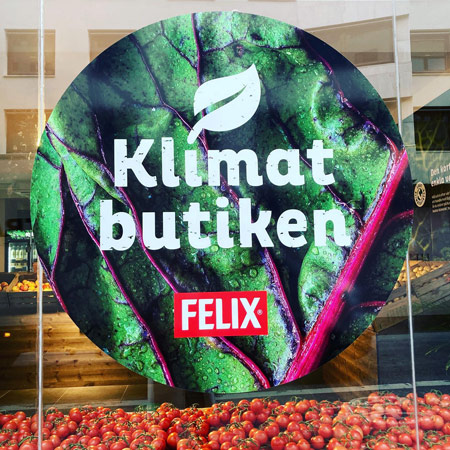 Carbon Footprint Felix – Sweden
Felix, the famous Swedish company of a wide range of food products has changed the price of its products according to theirs Carbon Footprint: the higher the emissions, the higher the price. After proving in a practical way how to halve ones impact on the climate through food purchases at the Klimat Butik temporary store [The Climate Boutique] open in October in Stockholm, in which each customer had to respect a weekly budget of 18.9 kilograms of carbon dioxide equivalents, the company decided to continue, facilitating the customer through labels with a color scale based on the climatic impact of the product. Sjöberg, the owner, argues that the most important thing is to provide consumers with the information that is currently available. 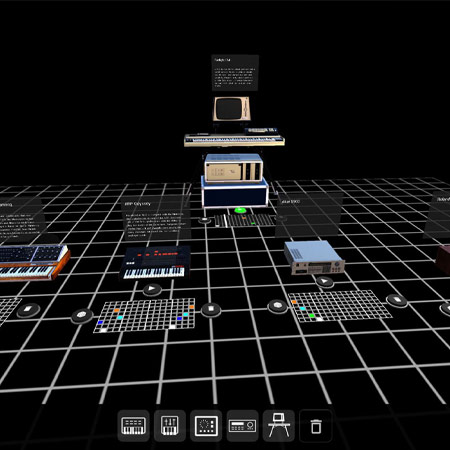 AR Synth by Google
AR Synth is an experiment presented by the Google Arts & Culture Lab that provides virtual access to five vintage synthesizers and samplers. These instruments come from the collection of the Swiss Museum of Electronic Music (SMEM), which includes ARP Odyssey, Moog Memorymoog, Roland CR78, Akai S900 and Fairlight CMI.
Using the AR function, just scan the surrounding environment and drag the instruments to a space in which to play them. Each instrument features a 16-step sequencer with a randomizer and offers the ability to input your own musical notes. A 3D version is also available on desktop. 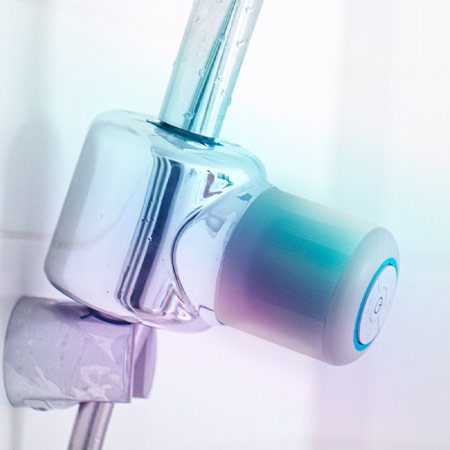 Hydropower Shower Power by Ampere
Presented at CES 2021 by the startup Ampere, Hydropower Shower Power is an innovative product that connects to any shower head in about a minute, turns on automatically with the shower and connects automatically with your device to be able to listen to music in the shower. The speaker uses a sound wave amplifier that diffuses the sound that can be controlled both through the speaker and through a waterproof remote control. Hydropower Shower Power is powered by the water from the shower with a miniature hydroelectric generator. The flow of water from the shower powers an internal impeller, which is connected to a tiny generator that charges the battery. This object proves to be sustainable at 360 degrees: Shower Power was in fact made with plastic recovered from the oceans and 100% recycled. 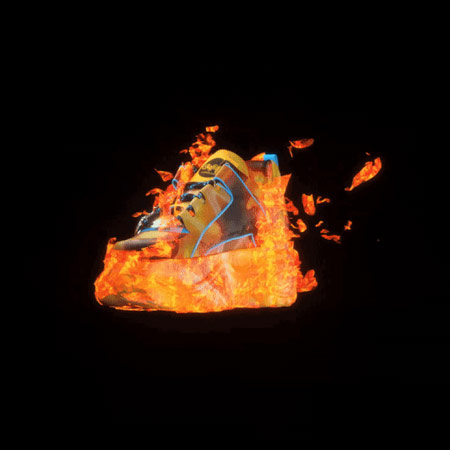 Buffalo Digital con The Fabricant – United Kingdom
The shoe brand Buffalo London has teamed up with digital fashion house The Fabricant to create a flamboyant virtual sneaker that can only be “worn” in social media images. The design, dubbed Classic BurningFor, is based on a 3D scan of the brand’s Classic Low wedge shoes, first popularized by the Spice Girls in the 1990s. Now in 2021, the model has been updated for the Internet age using CGI animation software to create a digital version covered in blue or red flames. 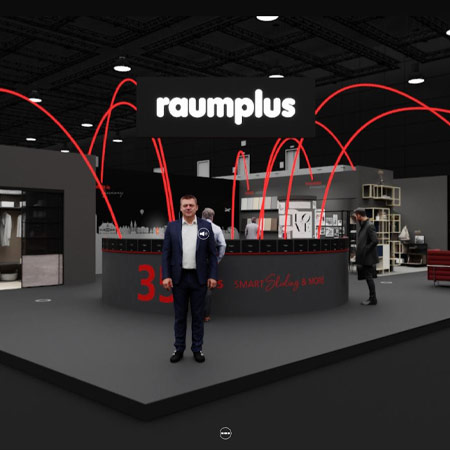 Virtual Stand 360° by Raumplus – Germany
The Bremen-based company Raumplus quickly developed an intelligent response to the problems created by the pandemic at the international trade fair circuit. The Virtual Stand 360°allows retailers, architects, designers and customers the opportunity to experience the wealth of discoveries that the exhibition environment can offer, but in a virtual way, with a wealth of information. Through the 360 ° virtual stand, that is completely immersive, the solutions for spaces can be freely explored: Raumplus invites architects and designers to see in detail their bespoke wardrobe systems, sliding doors and partitions.