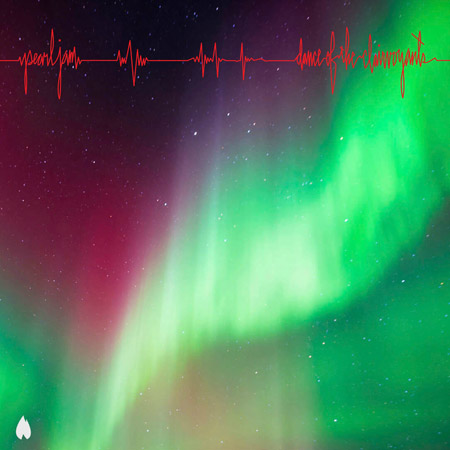 Single Dance Of The Clairvoyants by Pearl Jam 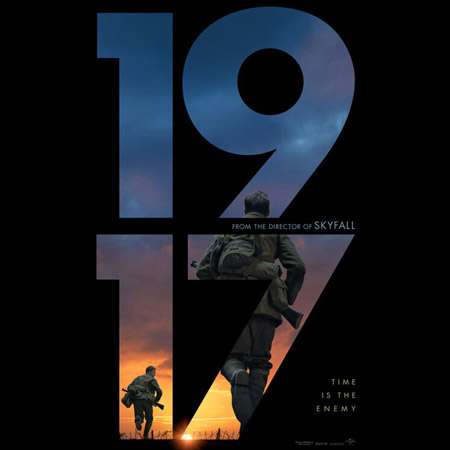 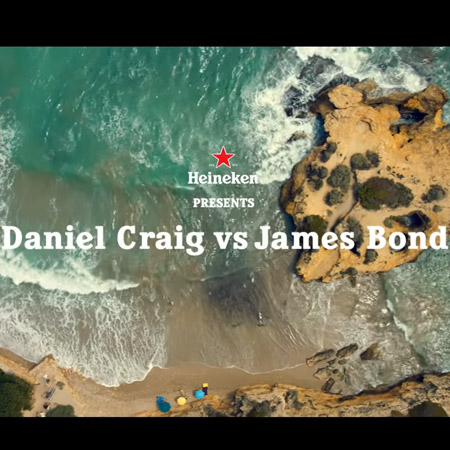 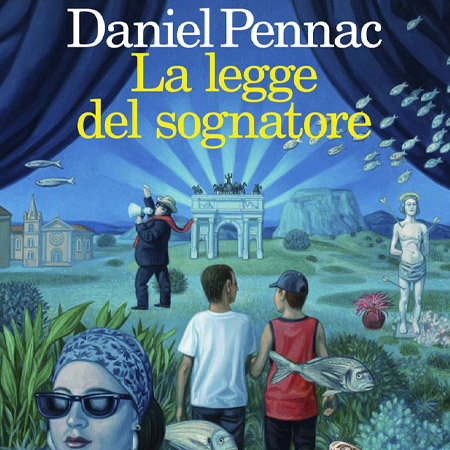 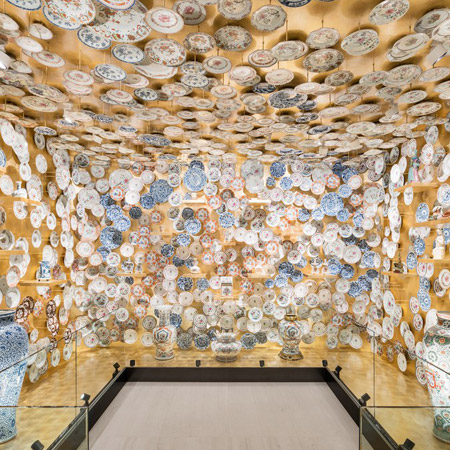 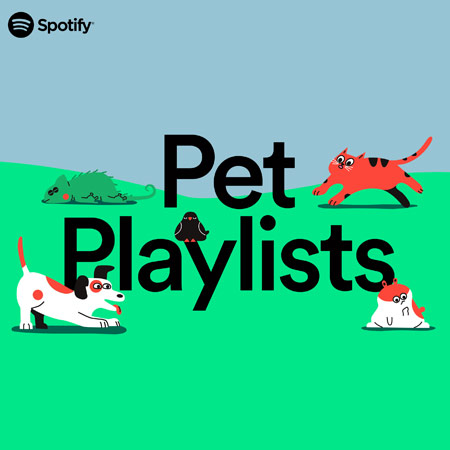 Pet Playlist – Spotify
Today even pets can listen to a soundtrack that can make them relax when they are at home alone: Spotify has developed a playlist generator algorithm for pets created together with experts, which allows you to select the songs according to the type of animal (cat, dog, iguana, bird or hamster). Then just answer a few questions about the state of the animal (energetic, relaxed, shy or sociable) to create the personalized playlist. To make it official just add the photo and the name of the animal. 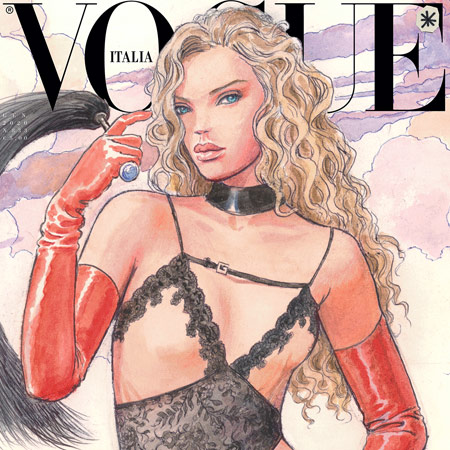 Vogue Italia – illustrated issue
Vogue Italia starts 2020 with a small revolution: both covers and fashion articles have been illustrated by seven artists, to draw attention to the big impact that the creation of a fashion magazine has on the environment. The only photo shoot was made by two 17-year-old photographers, because “they are the eyes of tomorrow lent to our present”, explains the director Emanuele Farneti in his editorial. “All the covers and the articles of the January issue were created by well-known and emerging artists, names of the art and legends of comics, who narrated fashion by renouncing to travel, to send entire wardrobes, to pollute. The challenge is to demonstrate that it is possible to tell clothes stories without photographing them. It’s the first time: Vogue Italia had never had an illustrated cover and no Vogue magazines, since photography exists, has never made a number regardless of it.” What was saved was donated to the restoration of the Querini Stampalia Onlus Foundation in Venice, heavily damaged by the tide of November 2019”. 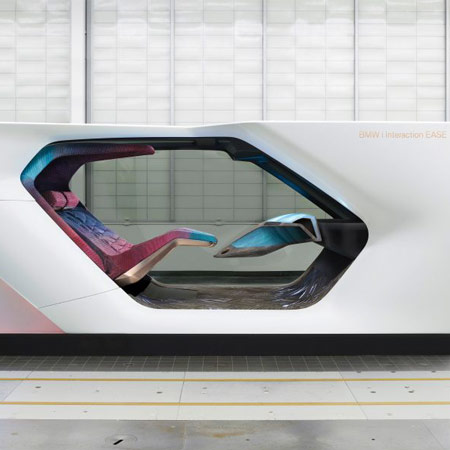 i Interaction EASE by BMW – CES 2020 – Las Vegas
At CES 2020 it was all about the future of mobility and one of the highlights was the BMW i Interaction EASE, which offered a glimpse into a future where autonomous driving has become commonplace. The concept car is very abstract when it comes to its exterior appearance and that’s deliberate. It’s done in order to focus attention purely on the interior. Not only is the cabin meant to give passengers the feeling of having already arrived at their destination while still en route, it also underscores the potential of intuitive, almost human-like interaction between passenger and vehicle. The headline feature here is the innovative gaze detection system in the BMW i Interaction EASE. The vehicle’s artificial intelligence detects when a passenger fixes their gaze on an object outside the car and offers them relevant information on it or other ways to interact with it. 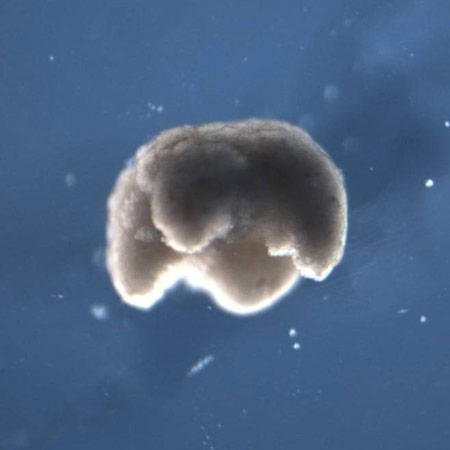 Xenobots the first living robots – The University of Vermont
Researchers from the University of Vermont created the first living and self-regenerating robots in the world, using frog stem cells. These robots are called Xenobots, from the type of frogs from which the cells were extracted, the African clawed frog whose scientific name is Xenopus Laevis. Scientists extracted stem cells from some frog embryos left in incubation. Subsequently they were designed and remodeled in specific “body shapes” by a supercomputer, measuring less than one millimeter. These are “never seen in nature” and “completely new” life forms”, said researcher from the University of Vermont, who conducted the research at Tafts University’s Allen Discovery Center. The Xenobots are so small that they can move inside human bodies, surviving for weeks without food and working together in groups, capable of carrying out activities denied to robots in metal or plastic. For example, they could be used for the transport of drugs in the human body but also for reclaiming soils from radioactive waste. 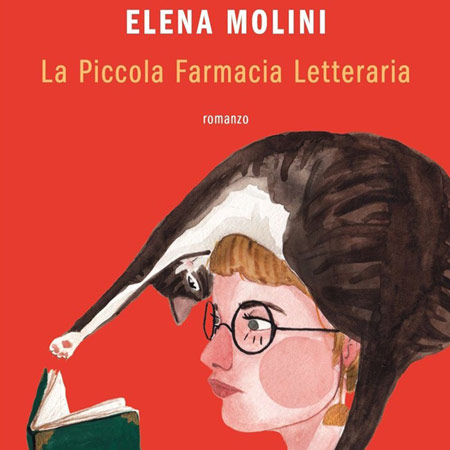 Book La Piccola Farmacia Letteraria (The Small Literary Pharmacy) by Elena Molini
Published La Piccola Farmacia Letteraria, (The Small Literary Pharmacy) the first novel by Elena Molini, which is the owner of Piccola Farmacia Letteraria in Florence, the bookshop to which the book is dedicated. The plot of the novel seems a counterpoint to the real experience of the author. In fact, like the protagonist Blu, Elena also opened a bookshop with the desire to transform her passion for books into a form of therapeutic relationship. Through the reporting of specific books, the author believes it is possible to cure at least in part the disease or simply the moods of its customers. The bookshop is therefore a place where culture and imagination replace pills, following the dictates of bibliotherapy. In the bookshop an existential indexing is activated: the books, in fact, are cataloged on the basis of emotions. Each book is proposed with its related leaflet made by two psychologists, Ester and Deborah. 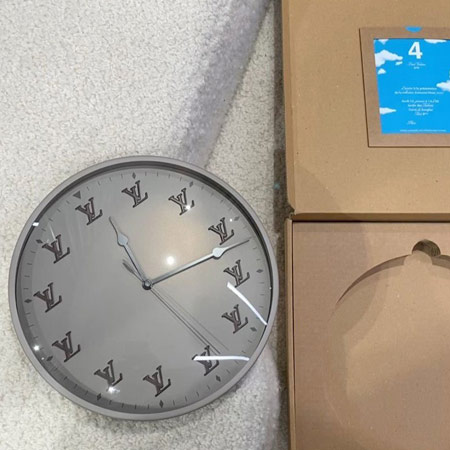 Invite for Louis Vuitton FW20 show by Virgil Abloh – Paris
Virgil Abloh the men’s Artistic Director of Louis Vuitton, just days before the presentation for FW20 runway show, titled “Heaven on Earth”, revealed on Instagram the unusual invitaton: a clock that ticked backwards, telling the time on LV logos instead of numbers. A metaphorical turning back of time, the wall clock come in monochromatic gray with the numbers replaced by LV logos and the hands turning counter-clockwise, inside a cardboard box. According to Virgil, “the invite is a literal piece of time. The clock tho, I re-wired to spin backwards. There’s also that metaphor in that but also, as they say ‘a broken clock is right twice a day…” 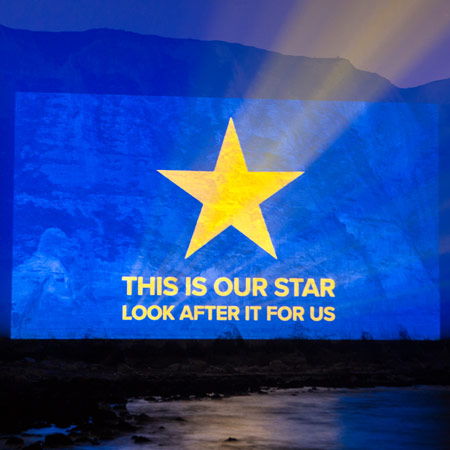 Videomessage from Veterans to Europe by Led By Donkeys – Dover
The anti-Brexit campaign group Led by Donkeys, on January 31st projected onto the White Cliffs of Dover a video featuring two World War II veterans, Stephen Goodall and Sid Daw. In the video, Stephen says, “I like to be called a European. And the feeling that one has of comradeship as one goes around Europe is really quite something,” while Sid adds: “We will be together before long I’m sure.” It ended with an image of the EU flag, each of its stars fading away until there was just one, representing Britain’s membership. “This is our star,” the caption read. “Look after it for us.” 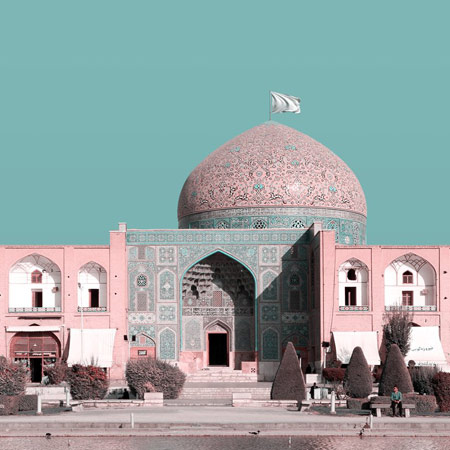 Peace project by Mohammad Hassan Forouzanfar – Iran
Iranian architect Mohammad Hassan Forouzanfar responds to Trump’s threats against monuments and chooses some important Iranian cultural sites to send a message of peace and respect. Its white flags stand out and transmit their message of dialogue between history and modernity in the Peace project for images published in his Instagram profile, and explained in his valuable post. The 10 Iranian cultural sites, are chosen from the 24 protected by UNESCO: views turned pink for a short catalog of the beauty that Iran preserves and that everyone in the world has a duty to protect. From the Sheikh Lotfollah mosque of Isfahan to the archaeological site of Pasargade, near Persepolis; from the Zoroastrian Temple of Yazd (the Temple of Fire) to the tomb of the famous Persian poet Hafez: on each of these places, as a result of a photomontage, a small white flag was hoisted. A clear sign that flies in the silence of sacred areas, where memory and symbolic writing come together, launching a simple and universal message of peace. 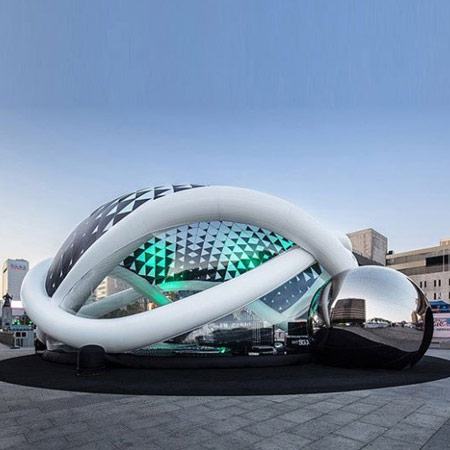 Inflatable AIR cinema’ by GBO – South Korea
To celebrate the 100th anniversary of Korean film, GBO has designed a temporary pavilion that invites visitors to watch a movie while taking a ride on huge robotic arm. Aptly titled AIR cinema, the inflatable and nomadic structure intends to offer people a traditional film experience in the age of digital streaming. AIR Cinema pavilion has an ellipsoid shape, and appears futuristic in its design. Upon entering through a smaller mirrored sphere, visitors arrive inside the large space. Here they can take a ride on the robotic arm while simultaneously watching a movie as they’re turned upside down and spun around. For the occasion GBO has also transformed early Korean films into high definition by using Supernova, which is one of SK telecom’s AI technologies. Easy to install and dismantle, the AIR Cinema has also been developed to travel around the country with minimal intrusion. 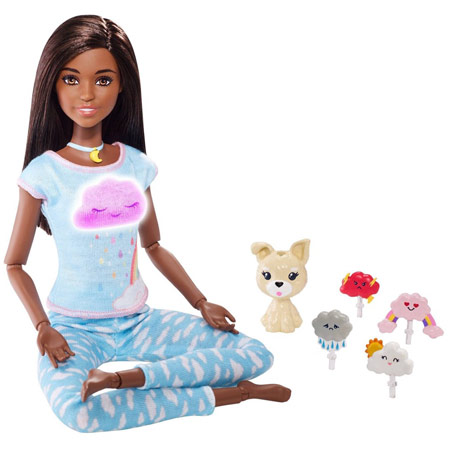 Barbie Wellness Collection by Mattel
Among the many innovations that Mattel churns out to keep up with the times, there is also the Barbie Wellness Collection: a new series of the famous doll all created to “introduce girls to the benefits of personal self-care, through play.” The various Barbies protagonists of the line are offered in an “articulated” version, with suitable clothes and many accessories for self-care, which includes both the body and the mind. You can choose between the Barbie Spa doll, the Barbie Fizzy Bath or the fitness Doll, the one that relaxes with beauty treatments or even the one that does meditation comfortably in pyjamas. To accompany them there is always a puppy to take care of. The Breathe with Me Barbie has an interactive necklace that plays 5 different real meditation guides, 4 minutes each, created ad hoc by Headspace.