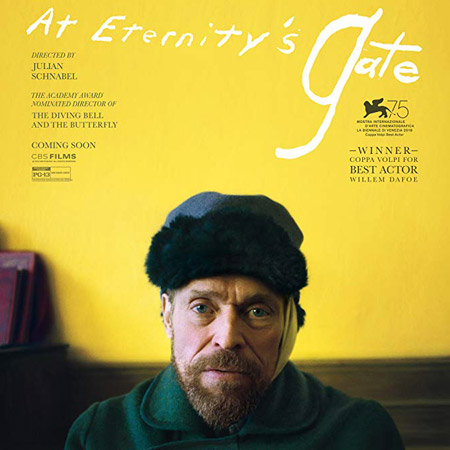 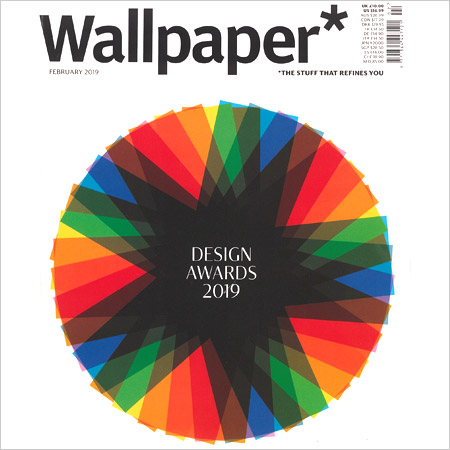 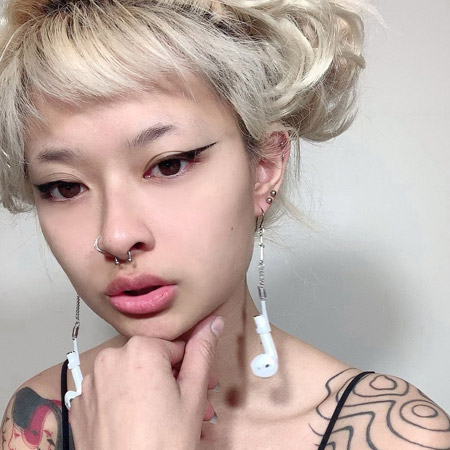 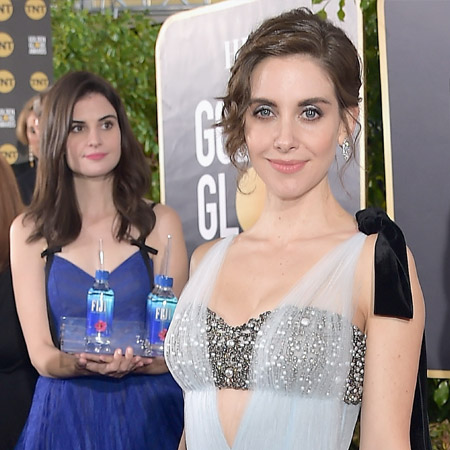 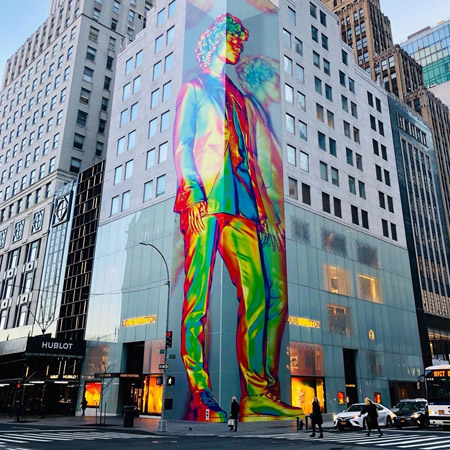 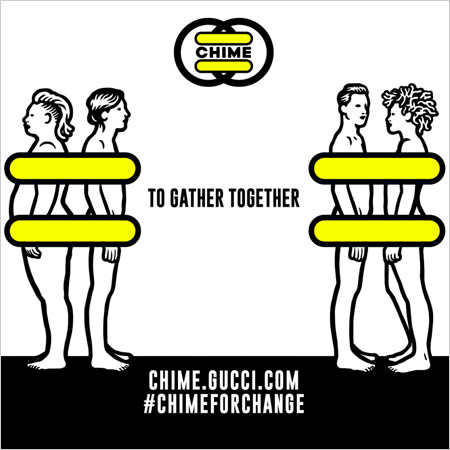 To Gather Together campaign by Gucci
The Gucci campaign To Gather Together is the new chapter in an important project that the brand launched in 2013: Chime For Change. In addition to the word game between the verb “to gather” and “together”, the campaign aims to gather one of the most important challenges of the fashion world (and not only): to support gender equality. Alessandro Michele, creative director of Gucci, has collaborated with the artist MP5 in creating the new graphic identity for this campaign, which was launched simultaneously on the Gucci ArtWalls in London, Milan, New York, Taiwan and Hong Kong. The images show the profiles of people not identifiable by gender coupled in different combinations thanks to the symbol of the equal. “We are all born equal. We all have the power to make our voices heard to support what we believe. When entire generations and communities come together, beyond differences, change becomes possible. The courage shown by this generation in expressing itself freely leads me to hope that a future of freedom and equality is possible “, explained Alessandro Michele, regarding the campaign. Next to the ArtWall, for the CHIME FOR CHANGE project, on January 30th 2019 he presented the short film Jade Jackman and Irregular Labs entitled The Future is Fluid at the Sundance Film Festival 2019, which reflects on the meaning of gender for GenZ. 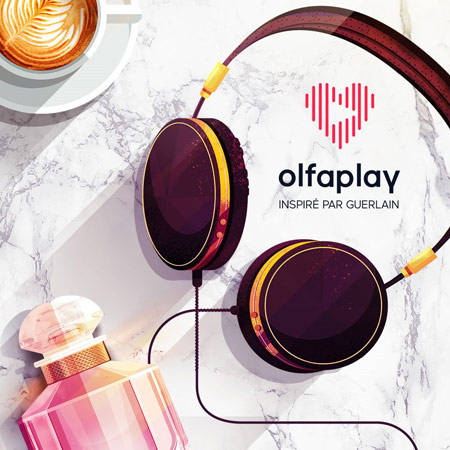 Olfaplay by Guerlain
Guerlain continues to combine luxury with cutting-edge technology. Thanks to the launch of Olfaplay, a platform available in the app and web version, the Maison allows perfume lovers to listen, share and record testimonies of olfactory memories. “The perfume is the most intense form of memory” underlines Guerlain, inviting to be part of a 100% digital community: suggesting users to tell the stories of their memories and recording their own podcast. Recordings, signed or anonymous, can be listened to online by all members, after review and approval. Olfaplay offers members of the community access to a valuable collection of olfactory stories, anywhere and at any time: famous “noses” tell their secrets, chefs express their personal olfactory passions, places like Moulin Rouge share backstage and show costumes perfumes. 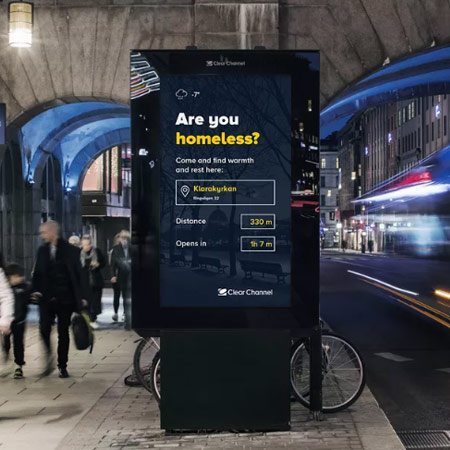 Out of Home emergency system – Stockholm
The Stockholm municipality, in collaboration with Clear Channel Sweden, churches and NGOs, has created a new emergency system named Out of Home for the most vulnerable people, using the digital poster system in the city. When the temperature drops below -7 degrees Clear Channel replaces its advertising messages with warnings indicating to the homeless where the nearest reception centers are located. The new boards are not limited to indicating the address and opening hours of the dorms, but also inform citizens about where and how to donate items needed to those in difficulty and how to lend themselves to volunteer work. 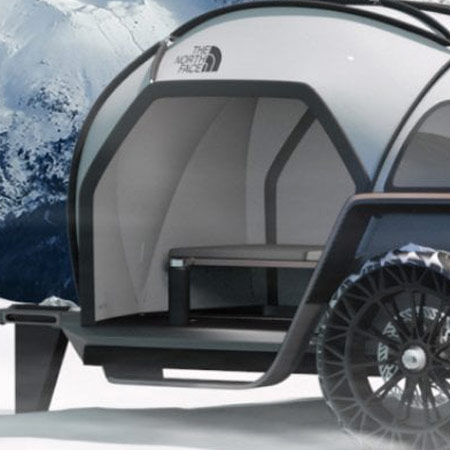 Motorhome Concept by BMW & The North Face
The ultra-light motorhome of BMW and The North Face for extreme adventures is the concept idea presented at CES 2019 in Las Vegas. It resembles a mobile igloo to be attached to the car, a light structure, extreme in shape and futuristic aesthetics, which will guarantee incomparable comfort for its guests in the future while travelling. The creative division of BMW, Designworks, has worked on the project with The North Face, designing what could be, by far, the best material in circulation to deal with extreme temperatures: the Futurelight fabric. According to the company it is the most advanced breathable and waterproof material in circulation, which uses nano-spinning technology, a system that uses electric force to create nano holes in the fabric that allow air to circulate while maintaining the absolute impermeability from the external environment. 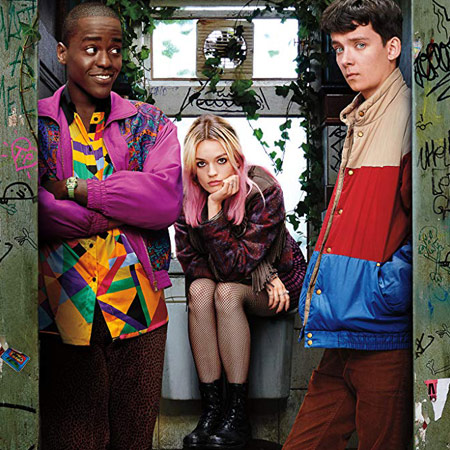 Sex Education TV series – Netflix
Sex Education is a British TV series in 8 episodes, landed on Nexflix. In a direct approach and comedy style, the series deals with many issues related to sexuality, but from the point of view of adolescents. The protagonist is Otis (Asa Butterfield), the adolescent son of the sexual therapist Jean (Gillian Anderson – formerly X Files), and his schoolmates grappling with the first (and not only) sexual experiences, difficult choices, falling in love and insecurities. When a classmate, the daring Maeve (Emma Mackey), discovers in him rare listening skills in a boy of his age and above all an incredible ability to give the right advice to his peers (despite personal shyness and brakes), they launch the sex clinic, with paid therapies. According to Netflix about 40 million families saw the first season in the first four weeks of its release, and thus announced the second season with eight more episodes. 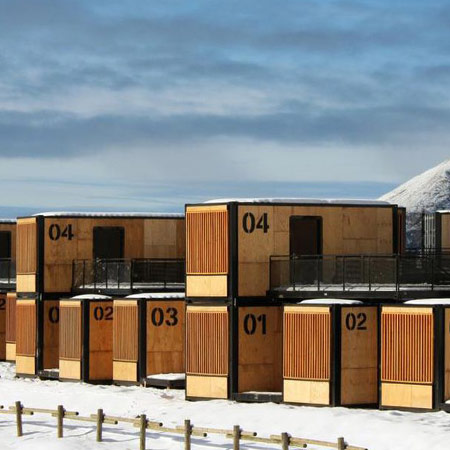 Flying Nest by Ora-ïto for AccorHotels – Avoriaz
Flying Nest is a modular and “nomadic” hotel projected by the French designer Ora-ïto, made up of about 12 square meters wooden containers. Each room includes a living area, a bathroom and a bed that overlooks a large window. The containers are also connected by terraces. After some tests, this hotel has now moved to the ski resort of Avoriaz in the French Alps at 1,800 meters of altitude. Each module contains all the comforts of a standard hotel room, including luxury linens, air conditioning and Wi-Fi. Many details have been chosen with particular attention to sustainability, such as fair trade products. According to Damien Perrot, Global SVP of Design Multibrand of AccorHotels, the hotel was designed to “provide guests with a totally immersive accommodation option at the heart of the experience.” 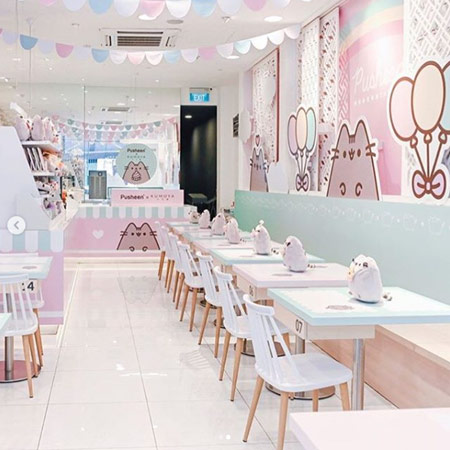 Pusheen Cafè – Singapore
Pusheen the cat, an illustrated character popular with children all over the world, until March, has a place entirely dedicated to him. In Singapore, at the Jalan Klapa cafe Kumoya, the world’s first Pusheen Café has just opened: decorated with pastel colors, pictures and stuffed animals of the cute kitten, it proposes themed menus and dishes that look like 3D cartoon scenes. After films, books, merchandise of all kinds and partnerships with clothing companies, Pusheen now can also boast a – temporary but very “instagrammable” – location where to meet their fans. 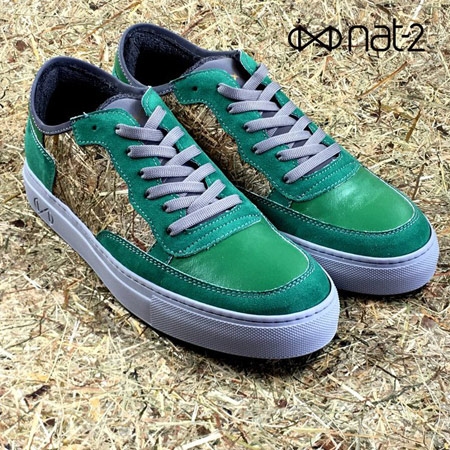 Vegan sneakers nat-2 – Berlin
German high-end sneaker brand nat-2 presented vegan sneakers. The 100% vegan, unisex sneaker’s uppers are made from real sustainable recycled hay, grass and flowers which cover up to 50% of the shoe’s surface, depending on each style. The hay is pressed and applied to a base layer and has the natural mountain scent. Every Alps-inspired pair is unique and the surface will change with time and get its own patina. The patented material was developed in Germany and Austria while the final sneakers are handmade in Italy and produced under fair conditions in a new family-run workshop. All shoes are equipped with a soft padded, anti-bacterial real cork insole. The parts looking like suede or nappa leather are made from recycled pet bottles. The collection presented at Berlin’s new sustainable innovation and fashion hub Neonyt. 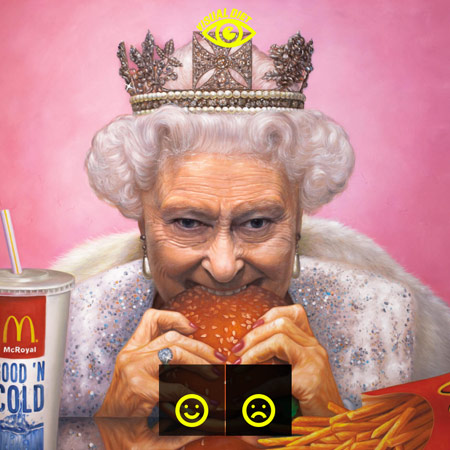 Visual Diet – Panel discussion & exhibition – London
We are force-fed tens of thousands of images every day. Many of these hyper-retouched, sexually gratuitous and highly addictive. It’s this realisation that lead M&C Saatchi’s head of visual content Mimi Gray and Marine Tanguy at MTArt Agency to create Visual Diet, a platform to promote a more balanced range of imagery. Time to eat your cultural greens, people. Visual Diet kicked off on January 24 with a panel discussion and exhibition at M&C Saatchi’s offices at Golden Square. The exhibition featured five artists, including Clémence Vazard, who showed her lightbox self-portrait, previously on display in Paris, with an audio piece created for Visual Diet, ‘Hey Siri, why don’t I look like that girl on Instagram?’ For this audio art project, Vazard gathered testimonies from young women who had been negatively affected by imagery on social media. In the lobby of M&C Saatchi there was also an AI-powered digital photo board showing a gallery of images – the camera analysed emotional responses in viewers’ faces and over time filtered out the negative or unhealthy pictures. There’s also an Instagram account and a website where people can vote on the images they feel have a positive and negative effect. 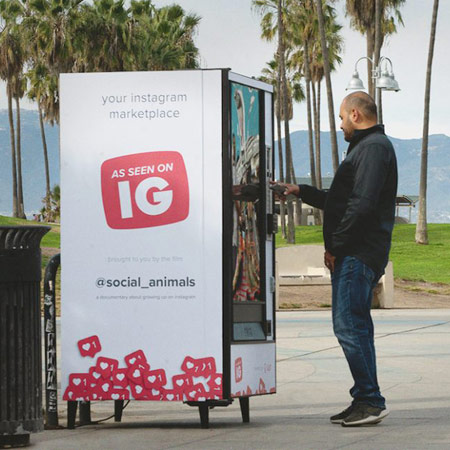 “As Seen on IG” vending machine by Conscious Minds – United States
As Seen On IG” vending machine filled with items meant to represent various trends on Instagram. Customers can find boxes of like & likes,” “witty captions,” or “DM sliders”, pay $10 to gain 1000 fake followers, or buy a magic 8 balls to decide which hashtag to use on a post. The vending machine, created by Conscious Minds creative agency, is part of a campaign to promote the upcoming documentary Social Animals, which looks at three teenagers looking to achieve Instagram fame. All proceeds from the vending machine will go to the non-profit Reboot & Recover, which focuses on digital addictions and mental health issues surrounding technology.