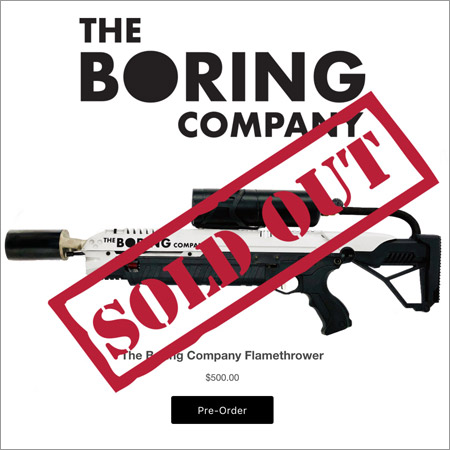 Flamethrower by The Boring Company – Sold Out 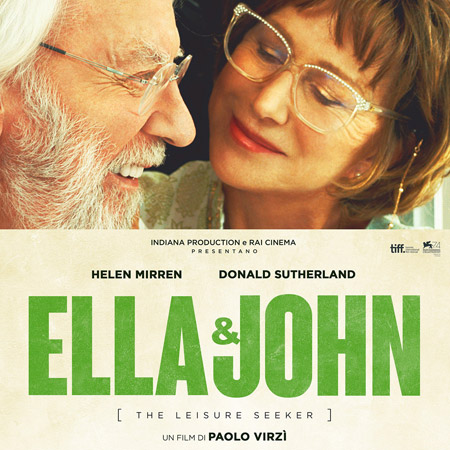 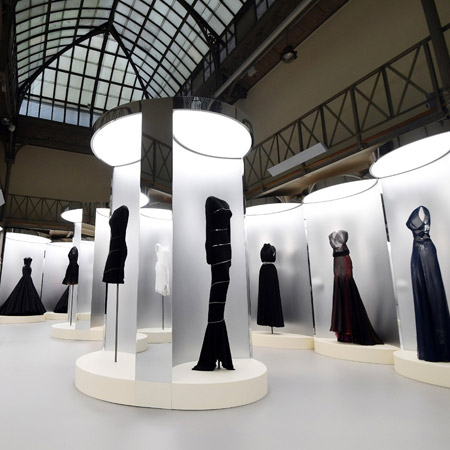 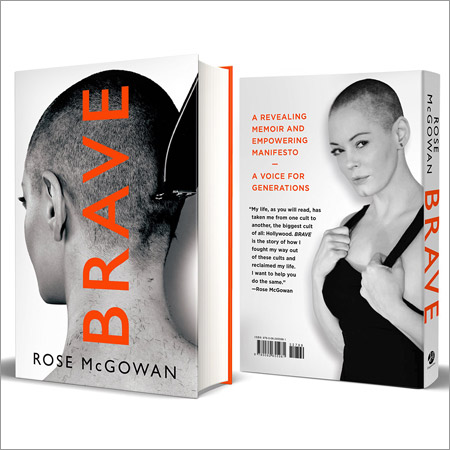 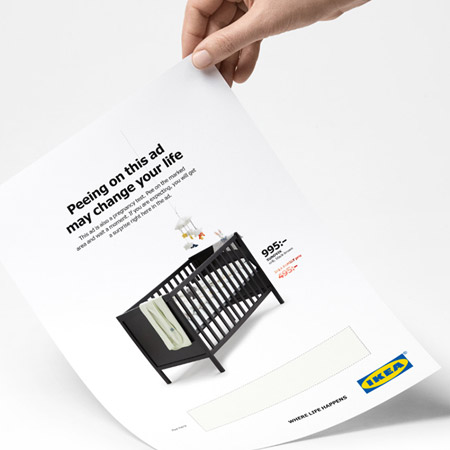 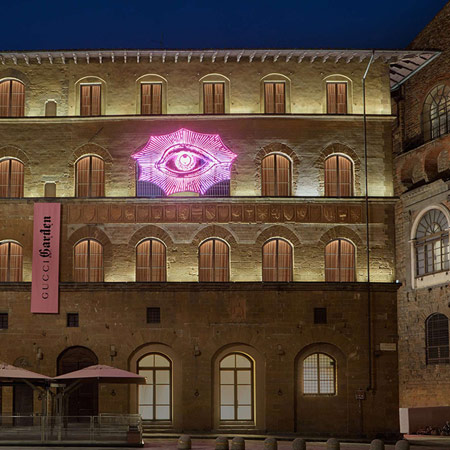 Gucci garden – Florence
On January 10th he inaugurated in Florence Gucci Garden, the last original format created by the artistic director Alessandro Michele. A unique “box”, in the heart of Piazza della Signoria (Palazzo della Mercanzia): a little “Museum of the House”, a little “unique boutique”, a little “museum shop”. Gucci Garden recalls a workshop of wonders, a sort of super exclusive candies shop that houses art shows, historical collections of the fashion house, garments, accessories and unique items, decorated pencils and canvas tote bag as well as an award-winning chef Massimo Bottura. At Palazzo Mercanzia, as from 2011, the maison had opened the Museum, which today, through this project, Gucci takes and reinvents itself as a living, collaborative and creative space, in which to express the evolving aesthetics and the philosophy of the maison. Alessandro Michele has also realized the project through important collaborations ranging from the art world to the kitchen: in this new adventure, in fact, the creative director is joined by the critic and fashion curator Maria Luisa Frisa and chef Massimo Bottura. 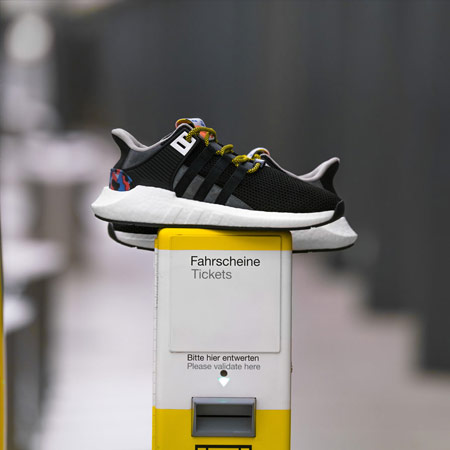 BVG-Adidas Originals EQT Support 93/17 Sneakers – Berlin
From January 16th, Berlin transit authority BVG released its own limited edition line of sneakers, in collaboration with Adidas Originals. These sneakers provide an unlimited travel pass along Berlin’s public transit network for all the 2018. In fact the sneaker’s tongue includes a fabric version of the annual BVG season ticket. The shoes, which costs 180€, are more expensive than the average sneaker, but much cheaper than a traditional annual transit Berlin pass, which costs more than €700! Available only at two Berlin shops, the sneakers 500 pairs, very few indie, are highly apparent to Berliners for the heel counters having the same pattern of the subway seat upholstery. 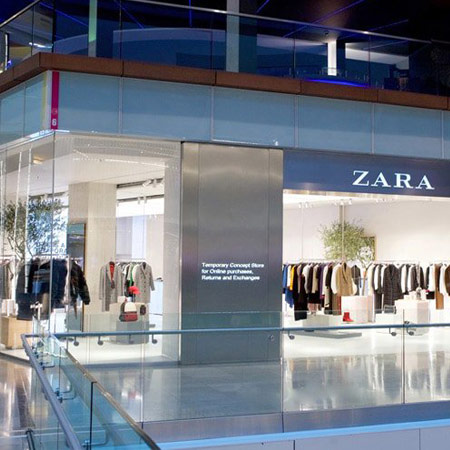 The Tech Pop up store by Zara – London
England will be the first country to test the new Zara e-commerce retail format. The Spanish brand opened in London a pop-up store located within the Westfield Stratford City shopping center and distributed over an area of 200 square meters, which will remain open until May 2018, when it will be replaced by a flagship of 4,500 square meters. Pablo Isla, the Inditex group CEO – to which Zara belongs – affirmed that: “This is a milestone in our strategy, aimed at integrating physical points of sale with the web”. In this shop you can, indeed, pick up your orders online in the day, pay with your smartphone via Bluetooth and – thanks to some screens with built-in Rfid technology – looking yourself in a sort of “mirror of wonders” to know the available sizes and combinations of some dresses. 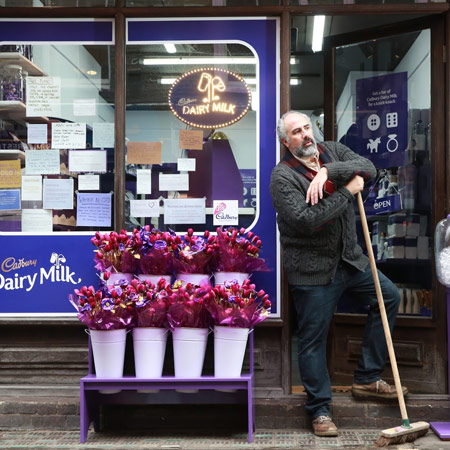 Cadbury Pop-Up Accepts Knick-Knacks In Exchange For Chocolate – London
The British confectionary manufacturer Cadbury is seeking to promote generosity with its new promotion a pop-up shop in London that allows customers to exchange small items for the company’s famous Dairy Milk chocolate bars – while using their old slogan “Glass and a Half.” The pop-up shop is being advertised by the chocolatiers with a “Mum’s Birthday” ad, featuring a young girl who buys the sweet treat for her mom with a few buttons and a plastic ring. The point is for people to get excited about kind actions, and hopefully bring some of that into their daily lives after experiencing Cadbury’s generosity. The promotion also offers an opportunity for everyone clear their pockets of junk. 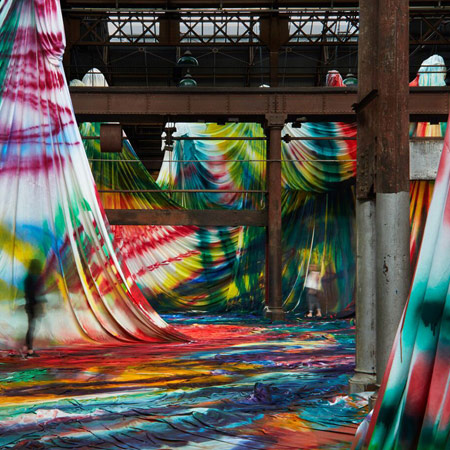 The Horse Trotted Another Couple of Metres, Then it Stopped installation by Katharina Gross – Sidney Festival 2018
On the occasion of the Sydney Festival 2018, the German artist Katharina Grosse presented an impressive site-specific installation in the Carriageworks exhibition space, the largest and most important multidisciplinary arts center of the Australian continent. The work “The Horse Trotted Another Couple of Meters, Then it Stopped” is an installation of 8.000 square meters of fabric, that is knotted and suspended from the ceiling of the architectural skeleton. Working on a monumental scale inside the imposing historic building of a twentieth-century industrial character, the artist creates a multi-layered painting, immense and colorful. 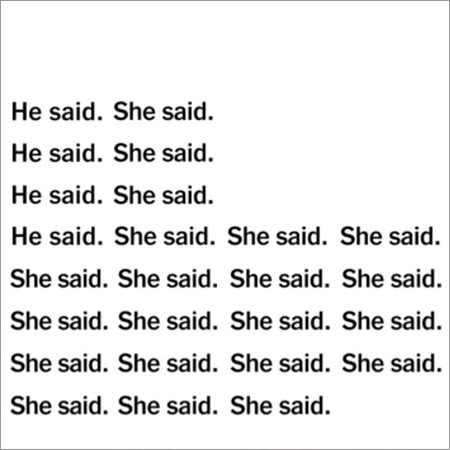 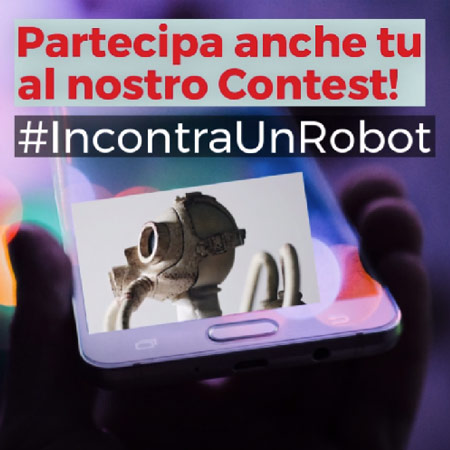 #IncontraUnRobot! (#MeetARobot!) Contest by LorF
Loveorfriends is an app created by Lorf, a startup created to promote socialization, pushing people to interact with their Facebook friends in order to set up face-to-face meetings, in food places. Lorf is a Benefit corporation that strives to find solutions to the socialization difficulties typical of those affected by autism, thanks to technology. The #IncontraUnRobot! contest will allow winners to meet and interact with a humanoid robot, to learn about its social skills and its potential uses at the service of the person and the community. The registration opened on January 29th and the 3 winners will be the users who, until February 14th, will have collected the greatest number of Facebook friends to have downloaded the App of Lorf. 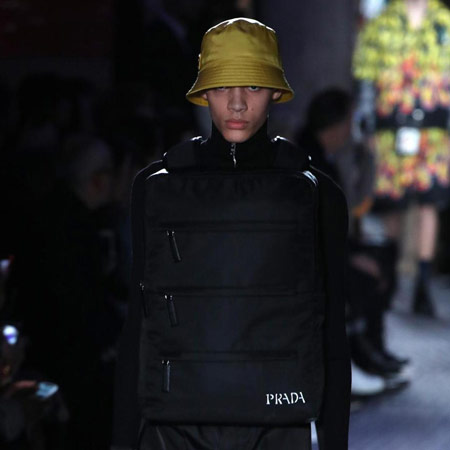 Prada Invites – Milano
During Milan Men’s Fashion Week, fashion, architecture and design met at Prada. The Milanese fashion brand Prada continues its search for innovation and contemporary reading. For the Men’s FW 2018 show, the brand presented Prada Invites, its invitation to external creative minds to work on the collection, in particular to reinterpret the most iconic Prada’s Black Nylon fabric, with the Saffiano leather. Prada has introduced Black Nylon in the world of sport and technology in fashion and luxury, revolutionizing the 80s and 90s. For the first time, the brand asked four famous designers to revisit and explore the potential of the material in a particular object, accessory or garment, committing to realize the ideas proposed by Ronan & Erwan Bouroullec, Konstantin Grcic, Herzog & de Meuron and Rem Koolhaas without interfering in any way with tehir projects. 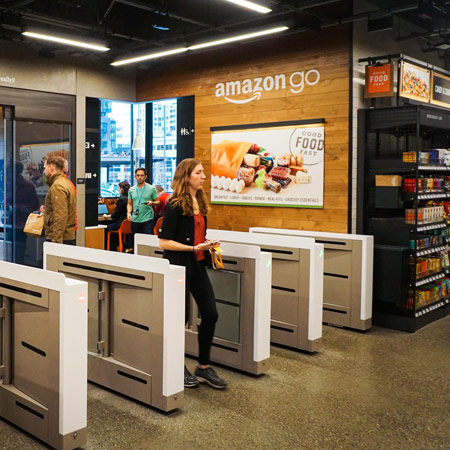 Amazon.Go store- Seattle
The first Amazon Go was inaugurated in Seattle: it’s a store without checkers and lines at the exit. Customers can enter, scan the code provided by their Amazon account, take the products they want and exit. All in a matter of minutes. Thanks to a complex system of sensors and cameras, the cost of the items purchased is automatically charged to the Amazon account when the customer crosses the turnstiles at the exit of the store. The day of the inauguration, paradoxically, the queue was formed at the entrance. Many in fact the curious who waited to be able to say, one day, to have been among the first to try Amazon Go. 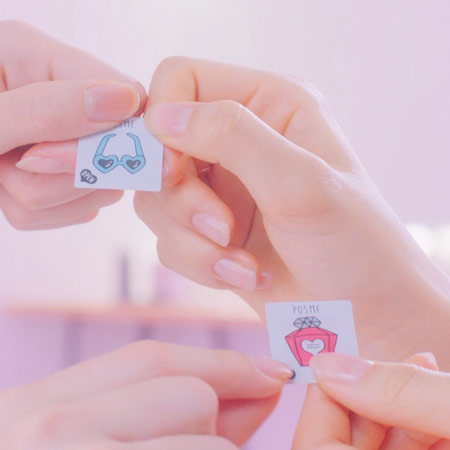 Play Color Chip by Shiseido
Shiseido launched a new brand geared toward high school-aged girls: Posme, a project from Shiseido’s internal Innovation Design Lab (established in January 2017), as part of the company’s long-term strategy. Its first release is Play Color Chip, a multi-use product for lips, cheeks or eyes that currently comes in eight colors and is specifically marketed to girls aged 14 to 18 years. The company conducted research with more than 150 high school girls, learning details about their favourite colors, their daily makeup routines, the quality of products they use, price points and more. They also looked at the way girls interact with each other when using makeup. Shiseido explains: “Play Color Chip marks a change in cosmetics, transforming an item to be used individually into something that can be ‘shared or swapped,’ thus creating a new form of enjoyment. The new chips offer more freedom in makeup, allowing users to coordinate colors with friends, try a new color more easily, or enjoy a special color for a special occasion.”