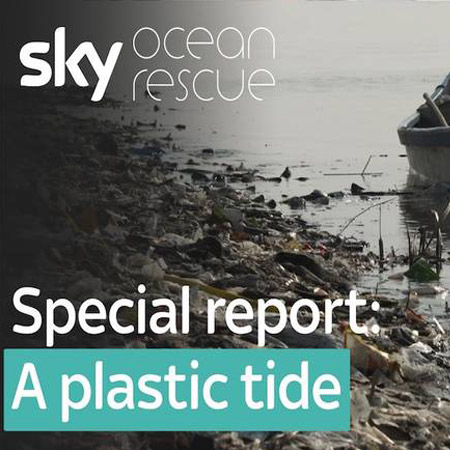 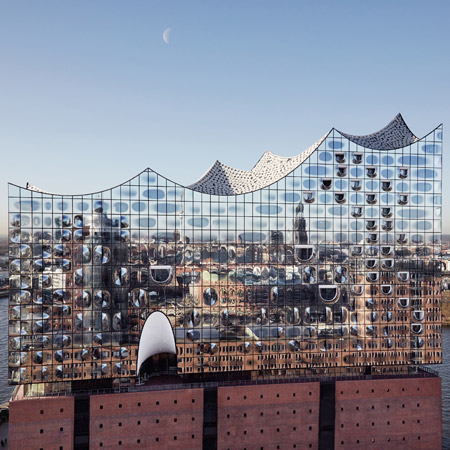 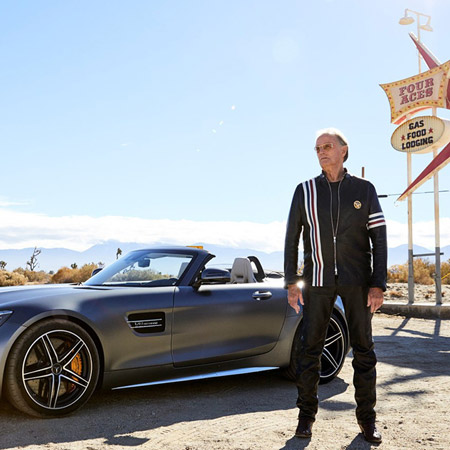 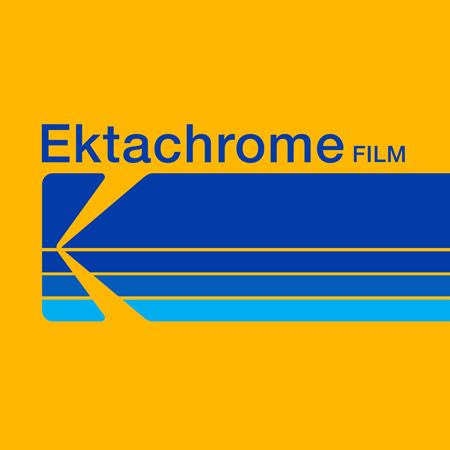 Ektachrome film is back – Kodak 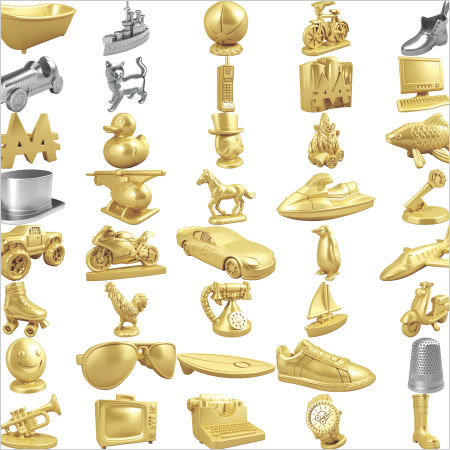 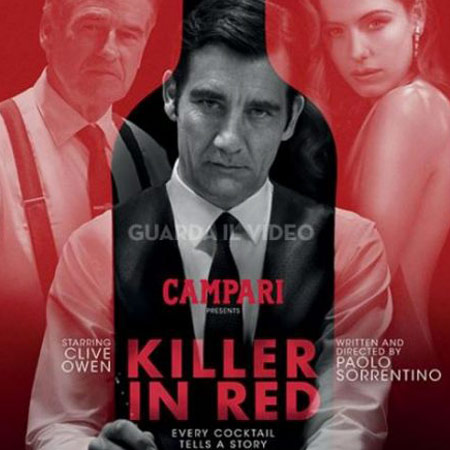 Campari Red Diaries: Killer in Red movie by Paolo Sorrentino
Campari has launched its Red Diaries 2017 campaign, a holistic revolution to the late Campari Calendar in Rome – the symbolic hub of Italian cinema. Campari Red Diaries brings together the stories behind 12 Campari cocktails and the bartenders from around the world who developed them. The book’s theme, ‘Every Cocktail has a Story’, was expertly and elegantly delivered. Killer in Red, the pivotal piece of the project, is a short film written and directed by the Italian internationally renowned award winner, Paolo Sorrentino, which stars Hollywood actor, Clive Owen. Killer in Red revolves around Owen who plays Floyd, a notorious bartender of the 1970s and ’80s who has a talent for reading his clients and serving them the perfect cocktail to match. That’s how he meets the ‘Lady in Red’, played by French/Swiss actress Caroline Tillette. For her, he makes the never-before-seen ‘Killer in Red. How the film ends is entirely up to the audience. 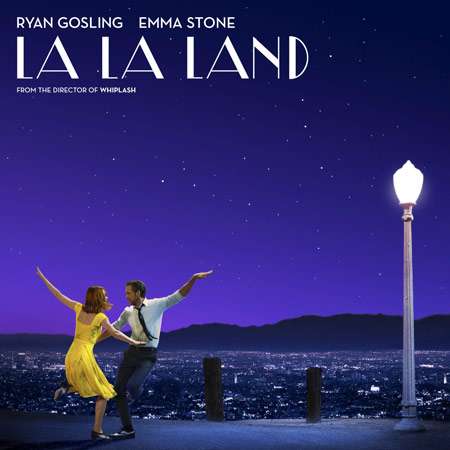 La La Land movie by Damien Chazelle
The movie La La Land, written and directed by Damien Chazelle and starring Emma Stone and Ryan Gosling, is the winner of seven Golden Globe. The story tells the delicate and passionate love affair between Mia and Sebastian, influenced by the their own desire to pursue some dreams: she is an aspiring actress that in the meantime serves cappuccinos to the movie-stars into the Los Angeles Movie Studios and he is a passionate musician, who would like to revive the jazz, opening a pub. Their decisions will define the final of the story. The movie develops along the lines of the musicals of the ’50s, punctuating the story with ballet and songs by both the good actors and also professional dancers, starting from the long tracking shot along the lanes of a freeway of Los Angeles. 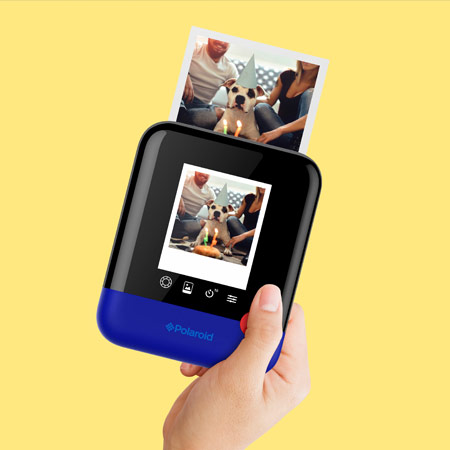 Polaroid Pop – CES 2017 – Las Vegas
To celebrate its eightieth anniversary, Polaroid unveiled at CES 2017 in Las Vegas Polaroid Pop: his new instant camera which lets you automatically print the photo taken, reproducing the original analogue version, but now in digital. Polaroid Pop uses a 20-megapixel CMOS sensor, includes an image stabilization system and a dual Wi-Fi and Bluetooth chip to easily connect to a mobile device. It also features a traditional digital camera. More important, photos are printed in the iconic 3 x 4’’ format with the Polaroid classic border. In addition the possibility of choosing between three color mode, black and white, color, and vintage sepia, and the possibility of storing the shot to print it after. 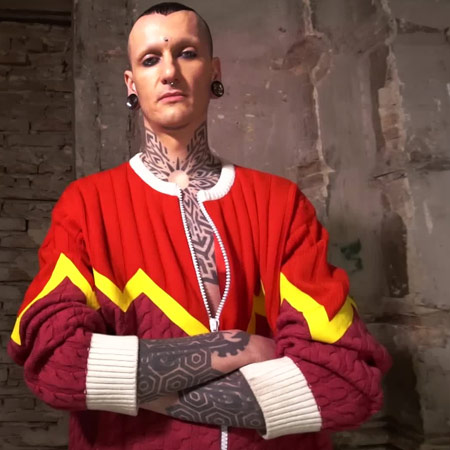 Carlo Volpi at Pitti Uomo – Florence
At the Leopolda Station in Florence, in the days of Pitti Uomo, the Fondazione Pitti Immagine Discovery (which supports and promotes the brands and fashion designers the most interesting and promising that produce in Italy) presented the original collection of Carlo Volpi, winner of Who is on next? Man 2016. Carlo Volpi is a Tuscan designer but London for adoption with a natural passion for knitwear (matured in small family factory) and for provocation (more Anglo-Saxon nature). Vocation that has been able to turn into expertise, technical experimentation and conceptual and love for art. His collection, called Fall from grace, is truly “alternative”, unusual, and has captivated audiences Leopolda proposing a contemporary story, behind which lies a sophisticated aesthetic and conceptual research, presented with a pop language and eye-catching and one absolutely no gender-spirit. 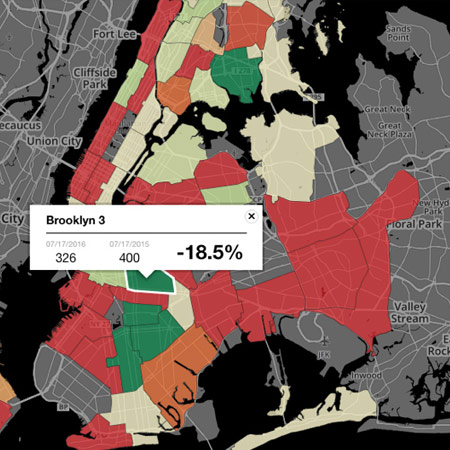 Dashboard for New York
The N.Y.C. Mayor’s Office has officially launched its own dashboard a platform for location data tools, built by Vizzuality, and Carto. While many cities employ various data visualization tools to track their metrics, this one is unique in the scope of data it pulls in real-time, and in the way it’s designed—to be a user-friendly tool for key actors within the government on a day-to-day, or even hour-to-hour, basis. The dashboard pulls data from across the city, mapping it geographically to give decision-makers a bird’s-eye view of hundreds of “indicators” from across city organizations, which vary wildly across agency and can involve anything from robberies to traffic fatalities. The responsive dashboard lets users understand how these topics are changing across the city in real-time by giving each indicator a color-coded card based on its performance, and allowing users to create their own threshold levels for indicators that matter to them and set up notifications—say, for an email ping when a certain neighborhood moves beyond a certain increase in real estate prices, or a certain number of complaints about street garbage or noise from 311 callers. This kind of tech, as Carto’s COO Miguel Arias explains, could eventually be used to understand how flooding or natural disaster would ripple across the city—and inform steps to prevent it. 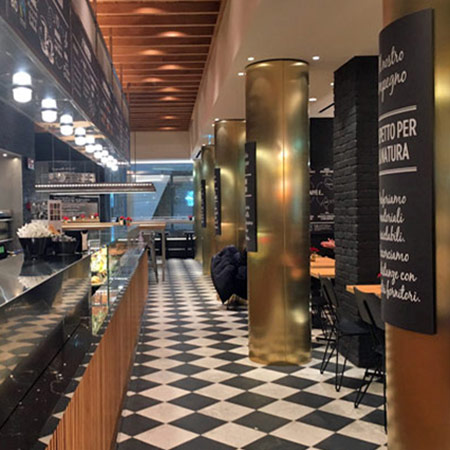 Glorious Cafè Bistrot – Milan
The Glorious Cafè Bistrot opened in Milan near the Diesel flagship store in Piazza San Babila, into the Galleria del Toro. It is a new brand created by Renzo Rosso and dedicated to food. It is possible to approach the philosophy of this restaurant written on some walls inside the Bistrot: “… it is a place where the taste of products comes from the collaboration with careful producers, searching for the best raw materials transformed by their passion.” Pastry, bakery and café are the products proposed, to be eaten inside or for a take-away. The Bistrot is born from the Renzo Rosso passion for food. In fact, he is by the way the owner of the Diesel Farm, based in the Vicenza province, where quality food and wine, oil and grappa are produced. The Autogrill company was involved in the development of the project, with the collaboration of the University of Gastronomic Sciences in Pollenzo. 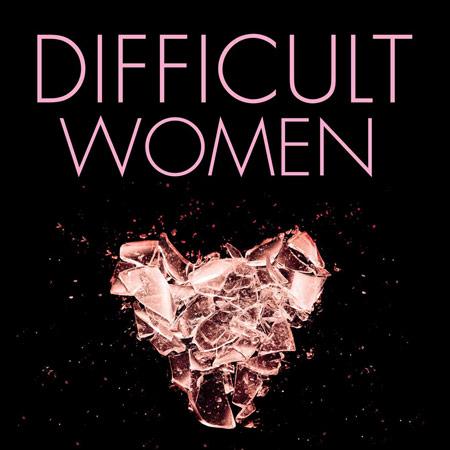 Difficult Women book by Roxane Gay
Roxane Gay’s Difficult Women, an anthology of short stories, has a self-explanatory title. The female characters in these short stories behave in ways that are opposed to society’s standards. The women portrayed include reluctant mothers, sexual assault victims, resistant wives, sex workers and even the members of an all-female fight club. These women are not convenient. They do not always act in a way that the people around them think would be ‘easy’ or preferable. The stories in Difficult Women vary in genre, although most are realistic fiction. Gay’s characters seem extraordinarily real. In a work with so many stories included, identifying a simple theme can be difficult. However, the stories in Difficult Women are at their core about women who are fighting and hoping for a better existence. 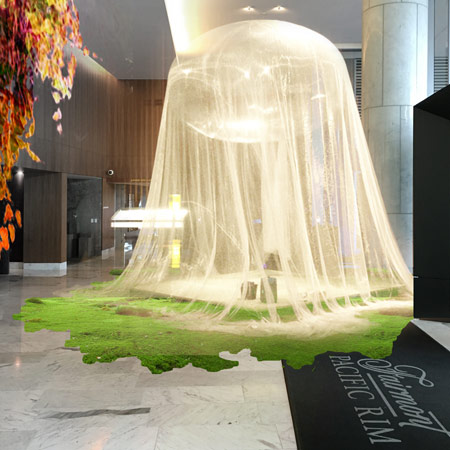 Japan Unlayered exhibit by Kengo Kuma – Fairmont Pacific Rim – Vancouver
The Japan Unlayered exhibition in the Fairmont Pacific Rim in Vancouver is curated by renowned architect Kengo Kuma and Westbank and gives a restrospective look at Kuma’s nature-driven works, including museums, monuments, and performing art halls. Kuma also created The Floating Teahouse which is installed in the hotel lobby and is formed from a curtain of organza fabric draped over a translucent helium balloon, and a pop-up store for Japanese brand Muji to coincide with the exhibition– its first retail outpost in Vancouver. The showcase celebrates contemporary Japanese architecture, design, and culture by paying homage to the nation’s philosophy of “layering”, where overlapping ideas form the basis of an overall experience. 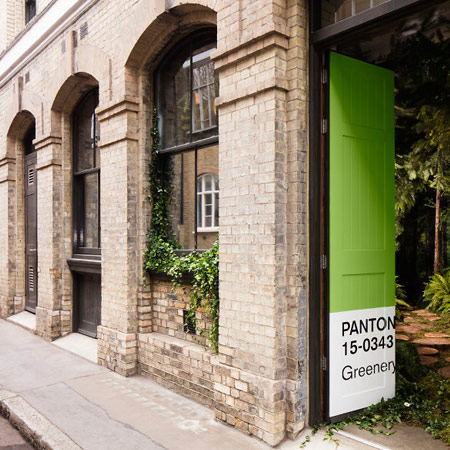 The “Outside In” house by Airbnb and Pantone – London
Airbnb and Pantone have come together to unveil a transformational experience that’s open to guests from all around the world. The ‘Outside In’ House opened in London available on the 27th, 28th and 29th of January and is hosted by the world-renowned authority on colour, Pantone. The house provides an antidote to the January blues by encouraging all those who enter it to embrace 2017 with fresh optimism and excitement. To celebrate PANTONE’s Colour of the Year 2017 (PANTONE 15-0343 Greenery) a Clerkenwell home has been transformed into an indoor-outdoor oasis so that, for the very first time, people can truly live the colour. Promoting growth and vitality for the year ahead, this magical haven features a woodland reception, an indoor greenhouse that doubles as a dining room, garden bedroom with mown lawn and calming plants, a tented cubby-hole for children to sleep in and a herb garden kitchen. 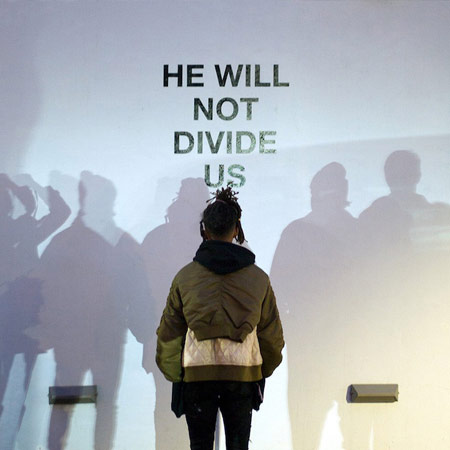 He Will Not Divide Us performance by Shia Labeouf – Museum of Moving Image – New York
Shia LaBeouf’s latest performance is a four-year long live-streamed political protest. The actor has set up a camera in order to broadcast people during the next four years of the US presidency. In collaboration with Nastja Säde Rönkkö, Luke Turner, and the Museum of the Moving Image, New York, the project named He Will Not Divide Us is a public live-stream that can be accessed from around the world at any time of day or night for the next four years of Donald Trump’s presidency. It started at 9am on January 20, 2017, with a camera installed on a wall outside of the Museum of the Moving Image and the name of the project on the outside. Passersby can walk up to camera, vent their feelings or just take time to interact in front of the camera by reciting the title of the project as a sign of solidarity.