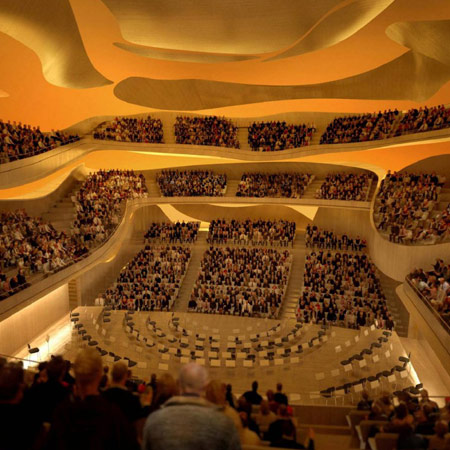 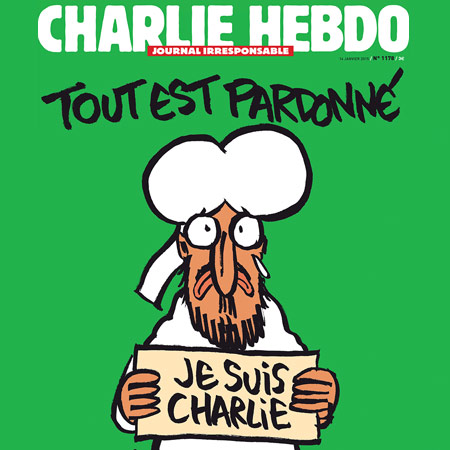 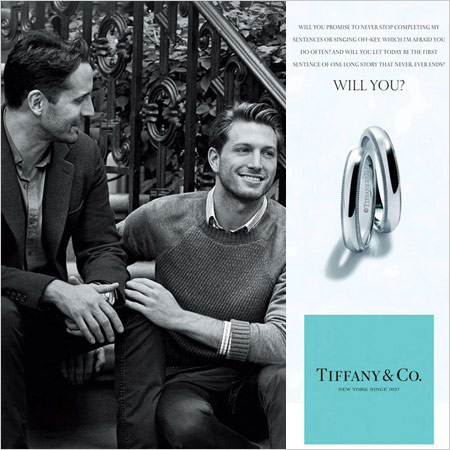 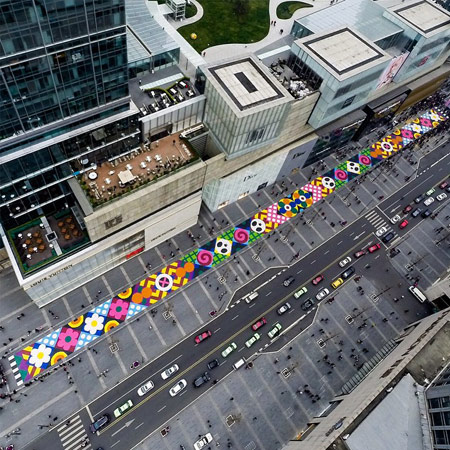 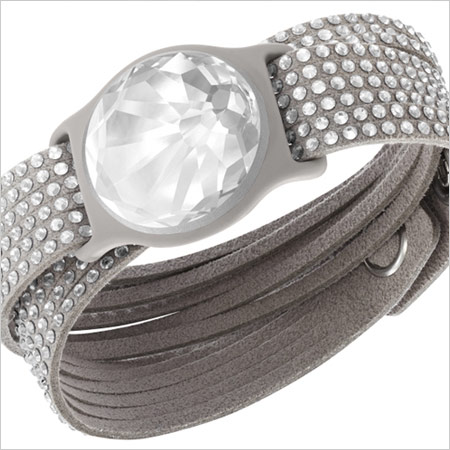 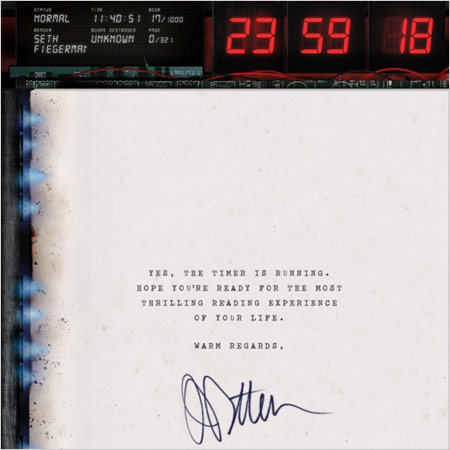 The Self-Destructing Book by James Patterson
For 5 days 1000 thriller fans were invited to experience real-life danger while enjoying the fantasy of bestselling author James Patterson new novel “Private Vegas”. The Self-Destructing Book digital experience designed by the author with Mother New York, a creative marketing firm, gave 24 hours to read an advance digital copy, challenging people to finish the story or accept the explosive consequences. Readers that access with the secret codes, raced against a ticking clock in a website that allowed also steal parcels of reading time from other rushed fans by location. In addition one wealthy reader purchased for $294,038 the only self-destructive physical copy that includes also a dinner with the author and a SWAT team for book handling. 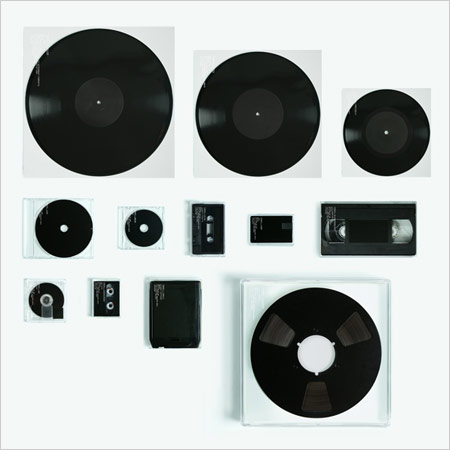 F O R M A T: 12 tracks on 12 formats by Trevor Jackson
Acclaimed creative director, music producer and artist Trevor Jackson presented a unique limited edition of his first album in 14 years F O R M A T, a celebration of the physical music format. As described by Jackson “A one of a kind (story), personalised by the effort you put in to purchase it, each time you touch it, and the unique ritual that goes along with playing it”. The album consists on 12 different carefully selected, re-edited and remastered tracks, each using different musical formats including: 12-inch, 10-inch and 7-inch vinyl, CD, mini CD, cassette, USB, VHS, MiniDisc, DAT, 8-track and reel-to-reel tape all individually available online. A complementary exhibition will be held at the The Vinyl Factory Space in London-UK, where a collected vinyl edition and digital versions will launch for the first time with a new audio-visual artwork designed by Jackson.

The Museum of Stolen Art by Ziv Schneider
The real promise for virtual reality lies in visiting places that don’t exist, or perhaps no longer exist. Take Ziv Schneider’s new virtual gallery The Museum Of Stolen Art for example, the first virtual reality museum dedicated to art theft. The gallery offers visitors the chance to see famous works that have gone missing and are yet to be retrieved – an exhibition that can’t exist in the physical world. Current exhibits include Famous Stolen Paintings, the Looting of Afghanistan and the Looting of Iraq. While exploring the space, visitors are accompanied by a tour guide explaining the histories of the missing pieces, drawing awareness to the subject of cultural theft which often comes hand in hand with war and conflict. As visitors place on their headsets they are instructed, “for looted art go to your left, for art theft to your right”. Not only is the museum intended to educate but it hopes to inspire a social conscious, asking users to contact the international police if they are to come across any of the art in the real world. 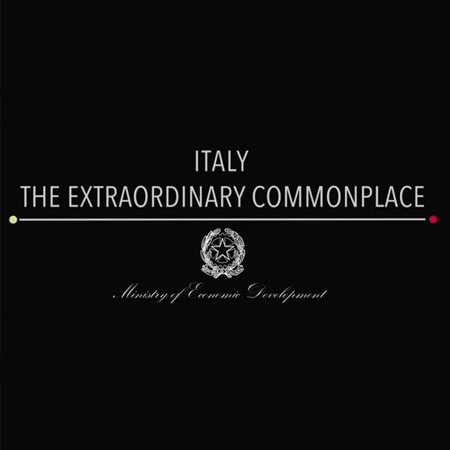 Video Italy The Extraordinary Common Place
In occasion of the World Economic Forum in Davos, the Italian Ministry of Economic Development and ICE (Foreign Trade Institute) have premiered the video Italy the Extraordinary Commonplace, created by the agency Leo Burnett. The goal is to describe contemporary Made in Italy by surprising the audience with the extraordinary nature of the some unusual activities. The story starts from the most common clichés about Italians (latin lovers, pizza makers, gesticulators and many others) to highlight a series of international records in industry and research in Italy. The result is an impressive video that presents many surprises and totally overturns the first superficial impressions. 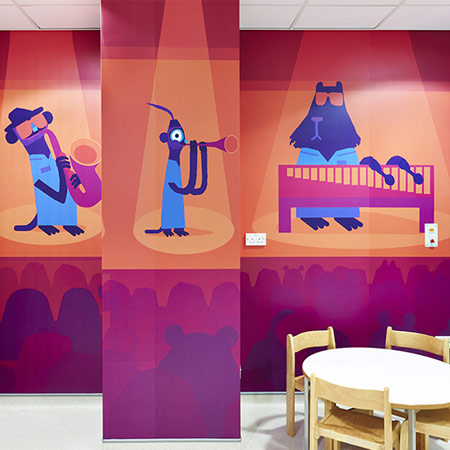 Vital arts transforms the Royal London Children’s Hospital – United Kingdom
Vital Arts, a British arts organization in charge of introducing art to Britain’s hospitals, had 15 artists collaborate to turn the interior of London Royal Children’s Hospital into as fun and colorful a place as a hospital can be. Despite being limited by the fact that hospital environments need to be easy to clean, the artists were still able to use vinyl, ceramics, wood and even rugs to liven up these hospitals, each approaching the wards they decorated with their own unique style. Since 2012, Vital Arts has been working with artists and designers to make the Royal London Children’s Hospital feel more welcoming for young visitors. The building’s transformation is now complete, with new works by illustrator Chris Haughton, textiles designer Donna Wilson and toy designers Miller Goodman. Vital Arts is the arts organisation for Barts Health NHS Trust. Founded in 1996, it aims to improve patient experiences at hospitals by commissioning murals, installations and designs by leading creatives. 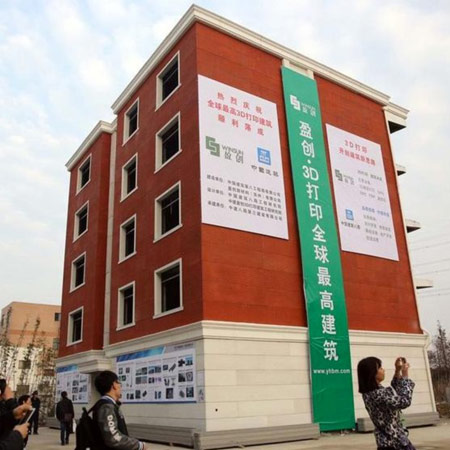 3D-printed Apartment building and Villa by Winsun – Shanghai – China
Winsun, a Shanghai-based 3D printing company, has unveiled a six-story apartment building and three-story mansion that were constructed using a 20 feet tall, 33 feet wide and 132 feet long 3D printer. Starting from a basic CAD drawing that was fed to the massive 3D printer it was then able to fabricate the structures, piece-by-piece, using a specially formulated and patented ink. The ink, which includes construction waste such as concrete, fiberglass, sand, and a special hardening agent, is an incredible way to recycle general construction materials — not to mention it’s flexible, self-insulating, and resistant. The two structures are on display at the Suzhou Industrial Park, in China’s Jiangsu Province, and the apartment building alone features a structure that is approximately 1,100 square meters in size. Winsun estimates that its 3D printing approach to construction uses 60% less material, 70% less time and 80% less labor than traditional home-building techniques. 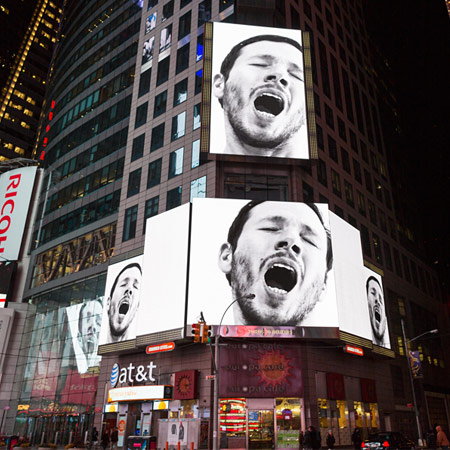 A Pause in the City that Never Sleeps by Sebastian Errazuriz – Times Square – New York
Artist and designer Sebastian Errazuriz installed his yawns on dozens of screens in Times Square, coaxing every night a contagion of yawns among the public. The video A Pause in the City That Never Sleeps consists of a continuous yawn on loop, shown on Times Square’s electronic billboards from 11:57 pm to midnight each night in January. This project is a part of “Midnight Moment”, a monthly presentation by The Times Square Advertising Coalition (TSAC) and Times Square Arts. The yawning character appears on multiple screens as a bored, omnipresent head looking down at the passing people from between product billboards and advertisements. As yawns are contagious, the masses of people looking up at the screens will inadvertently feel inclined to stop and yawn. As the yawning masses continue to their different destinations across the city, they will now unconsciously carry with them their contagious message, spreading a scarce and valuable moment of pause throughout the city. On Saturday, January 17, the final night of the COIL 2015 Festival, there was a special gathering with the artist at 11:45pm on Duffy Square, inspiring a massive yawn-in. 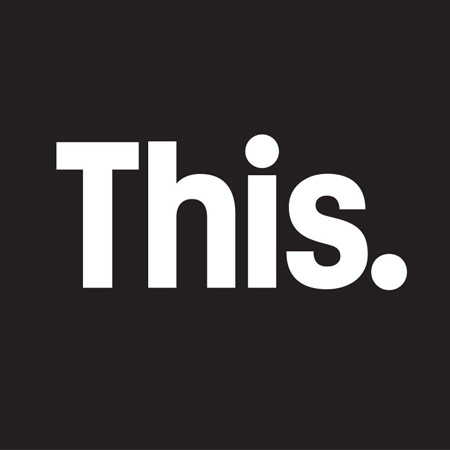 This.
This. is the new social that combines the slow web, trying to stem the flow indistinct and chaotic information that characterizes much of the social networks. This. limits the user to share a link to the day: in this way , in the intention of the inventor Andrew Golis , only really interesting content will be shared with your contacts. This experiment tries to invert the logic of social mass media, which aggregates many weak signals producing recommendations and suggestions. Here it tries to create a strong signal that comes from select few people. In this first phase This. is accessible only to those who are invited by one of the 4500 members, and this makes it more exclusive, mysterious and therefore desirable. On This. there are no messaging services between users or selfie sharing. 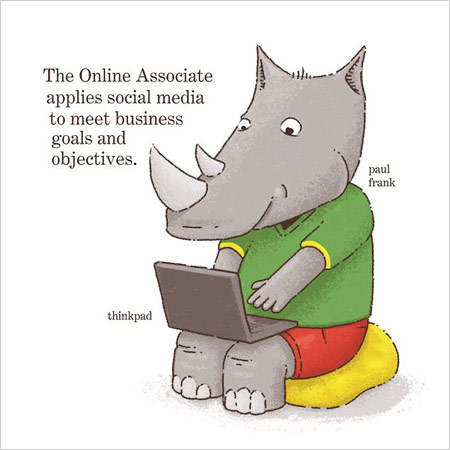 Business Town di Tony Ruth
Busytown is a fictional town inhabited by a number of anthropomorphic animals, described in several books of children’s writer Richard Scarry, published in the last century. A month ago the American illustrator Tony Ruth, out of nostalgia and in order to do irony on the stereotypes of the digital world, wondered how these characters (Lowly Worm, Huckle Cat, Hilda Hippo) much loved by children all over the world, would look like today if they worked in the Silicon Valley and had typical jobs of the new economy. The result is a Business Town, homage to Scarry’s Busytown, to which the artist adds oftently new characters such as the Ghost Blogger and the Digital Prophet. 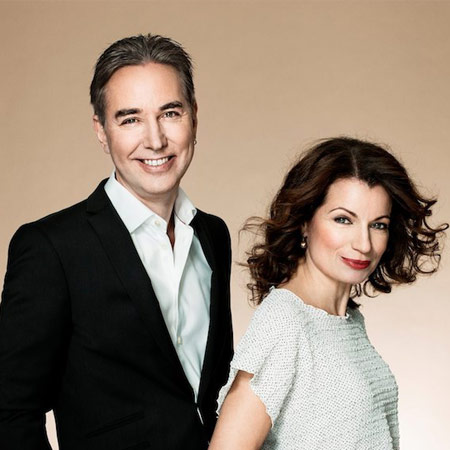 Ikea’s treaure hunt – Carugate – Italy
January the 29th – in the space of two hours, from 7.00 p.m. till 9.00 p.m. – the Ikea of Carugate proposed an exciting event for all thriller’s fan readers. A real treasure hunt was realized inside Ikea. Some clues useful for solving the enigma, were hidden between the shelves of the store. The event was open to Ikea Family and Business members, who tested with a real investigation. The couple of Swedish writers Alexander and Alexandra Ahndoril – known with the pseudonym of Lars Kepler and authors, among others, of the bestseller The hypnotist – was the special guests of this event. At the end of the treasure hunt the writers met the participants, signing copies of novels. The winners were awarded with a special gadget from Ikea and a discount of 15% on the purchase of the last book of Lars Kepler.