Hollywood Stars on the catwalk for Prada – Milano 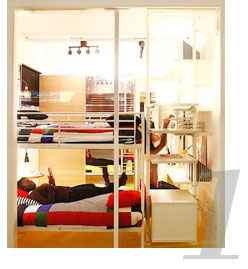 Ikea Apartment in the Metrò – Paris
For its latest marketing campaign, IKEA has built an entire apartment inside Auber subway station in Paris. With a footprint of just 54 square metres, it houses five people. The aim of the campaign is to show people how to use space effectively in their own homes with Ikea furnishings. With windows for commuters to peer inside, they get a first-hand look at the inhabitants eating, sleeping and lounging away in the space, all with the help of Ikea’s premium products. In addition to a time-lapse video of the apartment’s construction, there’s also another YouTube video that documents the five tenants’ first day in their temporary home. This isn’t the first time the Swedish brand has invaded the Paris metro: in March 2010, the company decked out subway platform with it’s furnishing. 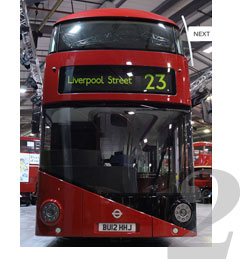 New double-decker bus – London
Unveiled to the public the new look for the iconic red double-decker bus in London. The famous Routemaster has undergone a redesign by Thomas Heatherwick. The design incorporates two stairways (one at the front and the other at the rear) and three doors, and a platform on the back. The lines take up the historical style, however, giving a modern touch that makes it almost futuristic: the windscreen far from asymmetric “dips” down to the front door entrance, making the interior brighter. Seven of these new models will be in service in few days time. Its the first time in more than 50 years that the Transport for London authority has commissioned and overseen the development of a bus built for the British capital. 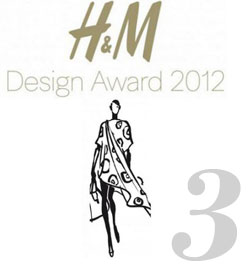 H&M Design Award
H&M is devoted to encouraging young and talented design students and moving fashion forward. Therefore we are thrilled to reveal that H&M has created a brand new, international design award with the ambition of supporting talented designers after their graduation. The H&M Design Award will push fashion students in the right direction, so that they can continue to grow and develop in their work as fashion designers. The H&M Design Award will be presented through a series of short web clips, to air from January 13 to February 1st on the H&M Design Award website. The film clips follow the contestants from fourteen of the most prestigious design schools in Sweden, UK, Germany, Belgium, Holland and Denmark, and gives an insight into the design process, the fashion industry and the exciting atmosphere at fourteen of the worlds renowned design schools. An international jury with some of the world’s biggest names in fashion will select the winner of the H&M Design Award 2012, together with Ann-Sofie Johansson, Head of Design at H&M. The winner will be announced on February 1st 2012, during Stockholm Fashion Week, followed by a fashion show with the winner’s graduate collection. The event will be live streamed on hm.com/designawards2012. 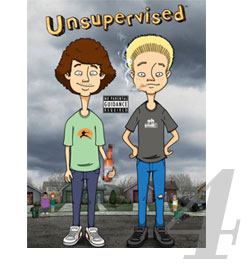 Unsupervised TV series – USA
Unsupervised Premieres on FOX on January 19th, the FX animated comedy that follows the lives of two teenage best friends, Gary and Joel. The duo are optimistic teens taking on teenage life and all of its hurdles, without any parents around to tell them what to do: unsupervised. Gary’s stepmom is a drugged out loser. Joel’s parents are so old, he is effectively on his own. Both are freshmen in high school, trying to journey through childhood into adulthood. Despite some raunchy jokes, the show is more sweet than sour. The series, in thirteen episode season, is produced by Rob Rosell, Scott Marder and David Hornsby – all of whom write and produce FX’s signature comedy series “It’s Always Sunny In Philadelphia” – and the voice cast includes Justin Long and Kristin Bell. 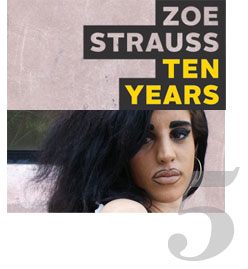 Zoe Strauss: Ten Years exhibition – Philadelphia Museum of Art
The ten-years-long artwork of Zoe Strauss is on display at the Philadelphia Museum of Art, in her hometown, where she conceived the “I-95” artistic project, at the core of this wide retrospective, presenting one hundred and fifty of her photographs, along with slideshows and installations on billboards throughout Philadelphia. Still very young and not yet an artist, Zoe Strauss founded the Philadelphia Public Art Project in 1995 with the objective of exhibiting art in non-traditional venues. Between 2001 and 2010, she hosted yearly day-long exhibitions of her photographs under an elevated section of Interstate 95, in order to make this wasteland a urban place for social interaction and, as she explained, “to create an epic narrative that reflects the beauty and struggle of everyday life”. 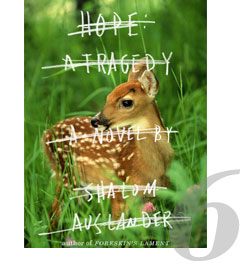 Hope: A Tragedy by Shalom Auslander
Part Sholom Aleichem, part Woody Allen, part homage to Philip Roth’s The Ghost Writer, it is a story of neurotic Jews, the problem of memory and the solace of suffering. “It’s funny,” begins the novel, and it is. Solomon Kugel is a compost salesman living in an old farmhouse in upstate New York. He moved there with his wife, Bree, and his son, Jonah, and brought with them his mother, who, although she was raised happily in the United States, believes she is a Holocaust survivor. in the attic, Solomon finds an elderly, hunchback woman writing a book. She tells him she is Anne Frank. The analogy to Israel is sheltered in the farmhouse. Anne Frank moves the attic boxes about to create walls. At the western one, Solomon’s mother cries and leaves Post-it notes. That’s the tragedy of hope. 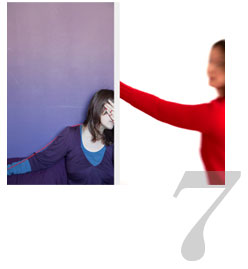 Follow the Red Line quest by Eager – The Netherlands
Eager – the online magazine that promotes photo projects – started a quest for the longest conceptual photo series of 2012: the Follow the Red Line project. The magazine asks photographers to submit a self-portrait with a red line (made of anything you want string, a drawn line, and a garden hose) that enters the photo on the left and leaves it on the right. They plan to use all the photos in a series as a visual representation connecting photographers from across the globe. The Follow the Red Line photo series will be published on the project website, mentioning the name of each contributing photographer with a link to his/her personal website. 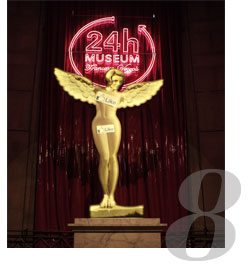 24 Hours Museum – Paris
Francesco Vezzoli’s project entitled artist, 24 Hours Museum, is ephemeral like all the previous works of the artist, and was conceived for the Paris Haute Couture Week. This is a museum, in the Palais d’Iena neoclassical building, open to visitors for one day only. The central space was dedicated to the temporary digital installations, sculptures of women’s bodies recalling classical art statues but with the heads of modern icons (Deneuve, Bacall …) and with the eyes of the artist’s mother. The exhibition was curated by AMO, the think tank of architect Rem Koolhas. The first evening, the museum was transformed into a disco where distinguished guests from all over the world have paid tribute to the patron of this unusual museum, the Prada brand. 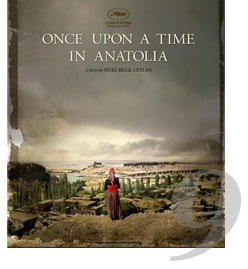 Once Upon a Time in Anatolia by Nuri Bilge Ceylan – Turkey
Director Nuri Bilge Ceylan is one of the most representative figures of Turkish cinema from the last decade. His Once Upon a Time in Anatolia, that was presented at the Cannes Film Festival in May 2011 and goes out in cinemas in the US and Germany in these days, is a 3-hours long, slow, hypnotic film that explores the human condition through side glances and offhand remarks, caring very little about time, especially the viewer’s time, in eventless sequences without conventional action. Ceylan deconstructs the story about the police looking for a dead man in the hills of Anatolia, with a movie that is clearly festival material of a very high level. At the same time, for those willing to take the plunge, it is a deep and haunting work that lingers in the memory. 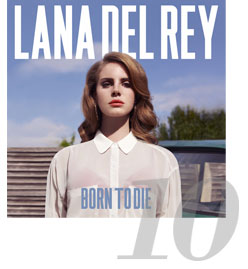 Born To Die by Lana Del Rey
Lana Del Rey, a 25-year-old singer, is the current hottest name in US music: her debut album was one of the most eagerly awaited events in the industry in early 2012. And one of the most criticized. Del Rey is defined as fake, manufactured, rich, botoxed, but also eccentric, alternative, seductive, unique. Her songs are imbued with a deep sadness, and sung with a laconic, hypnotic voice, well against the romantic and optimistic attitude of most female singers her age, like Lady Gaga, Kathy Perry and Nicky Minaj, just to name a few. The video for the single Born to Die, shows her with a tattooed transgressive man, sitting on a throne flanked by two tigers, but also covered in blood.