Battle Hymn of the Tiger Mother by Amy Chua – USA 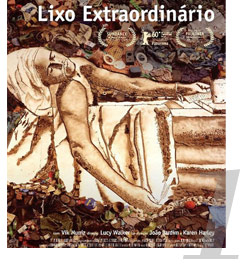 Lixo Extraordinário (Waste Land) by Lucy Walker
The Brazilian movie Lixo Extraordinário (Waste Land), after winning many Awards is now in competition for the Oscar for Best Documentary Feature. Directed by Lucy Walzer during three years, the film follows a social project of the renowned Brazilian artist Vik Muniz and the scavengers of Jardim Gramacho (outskirts of Rio de Janeiro) which is considered the largest landfill in Latin America. Vik’s initial idea was to create artistic pieces with the waste these people collect every day and return to them the profits of the picture sales. However, the documentary shows a lot more than just art: the lives of these characters and the daily struggle for survival of about 3000 pickers whose life income is generated out of other peoples’ trash within an extreme harsh environment, among mountains of garbage. 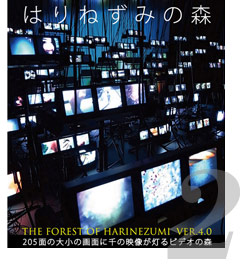 Harinezumi no Mori by Superheadz – Tokyo
The Harinezumi no Mori updated version, produced by Superheadz, is on exhibition at the Shower Room Factory in Shibuya. The “forest” (mori) is composed of multiple Digital Harinezumi films, collected from around the world by over thirty international artists, broken down and reconstructed. Showing on two hundred monitors the installation is promised to be a “spiritual musical”, the footage becoming “like uncontrollable creatures in the woods”. Superheadz describes the 30’ installation as “viewable several times a day and each showing is supposed to be different. We wanted to create something that you can witness only here: something inconvenient, over the top, painful, not portable, anti-mobile, anti-internet”. 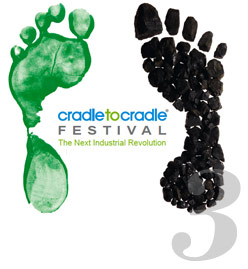 The Next Industrial Revolution exhibition – Berlin
The exhibition The Next Industrial Revolution organized by Aedes in Berlin (26th January – 16th March 2011) celebrates the potential of the Cradle to Cradle® strategy, a philosophy and strategic principle focusing on the material lifecycles of products and contexts as a whole. Is part of the Cradle to Cradle® Festival, which includes an international symposium, lectures, roundtable discussions, and workshops. The exhibition features a wide range of case studies and processes applied in firms worldwide, regarding the development of ecologically sustainable products, but also effective sustainable approaches to architectural design and urban planning. 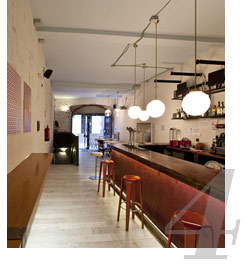 Microgastroteatro – Madrid
The first experiment of micro-theatre started in November of 2006, when 50 theatre artists for the first time played thirteen short acts in an old brothel in Madrid. Each piece had the maximum length of 10’ and could be seen by a maximum of six people at a time. The overwhelming participation of the public to the event determined its success, which is now replied with a common theme. Sponsored by Madrid Fusion, from January 24th to February 6th 2011, in an old slaugtherhouse in the centre of Madrid, opens the micro-gastro-theatre: six short 15’ pieces that are played together six times a day, at the cost of only 4€, drinks included. 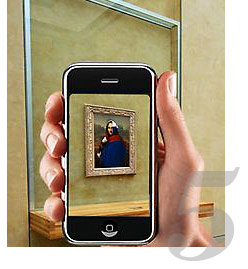 Frenchising Mona Lisa by Amir Baradaran
Amir Baradaran, the New York-based visual and performance artist, announces his infiltration of the Louvre Museum on January 27th, 2011, with the permanent installation of his 52-second video performance streaming live over the image of Leonardo da Vinci’s portrait of Lisa Gherardini. Using an Augmented Reality (AR) Smartphone application, Frenchising Mona Lisa seeks to provoke notions of national identity, iconography, and curatorial practices within museums. Baradaran’s channel is viewable by downloading the application Junaio (www.Junaio.com) available for free on any Smartphone Appstore. In order to watch the Mona Lisa come to life, users must choose the channel Frenchising Mona Lisa, and point their smartphone camera at an image of the Mona Lisa, whether inside the Louvre or in front of any of its reproductions anywhere in the world. 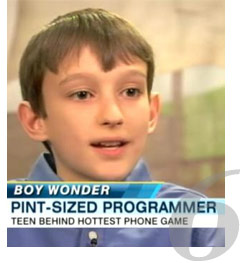 Bubble Ball by Robert Nay – USA
14-year-old Robert Nay, from Spanish Fork, Utah has a lot to be excited about. On December 29, 2010, his mini-video game called Bubble Ball appeared in iPhone’s app store as a free application, and can be used with the iPhone, iPad and iPod touch. The game was downloaded 1.6 million times in its first two weeks of release and has since exceeded the 7 million mark. Taking the place of Angry Birds as the sites most popular free app. Bubble Ball is a physics puzzle game, in which one must move a floating bubble from one point to another using the tools provided: wood or metal pieces. Robert, who is also a music prodigy – playing piano, trumpet and mandolin – launched his first website in the third grade, is CEO of Nay Games and is currently working his second game for Apple. When asked about his inspirations he simply said that he combined his passion for electronic games in general and his interest in playing with computers. 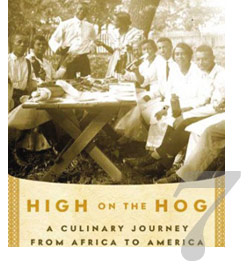 High on the Hog: A Culinary Journey from Africa to America by Jessica Harris
Jessica Harris, the acclaimed cookbook author and “icon” of African-American cookery, has combined her knowledge of African-American food ways with years of historical research, to present the first narrative history of the African-American culinary tradition. High On The Hog offers a new perspective on America’s food traditions, and how black Americans have played a pivotal role since the very beginning of the Country’s history. Jessica takes the reader on a journey from the markets along the earliest slave-trade routes in Benin and Senegal, across the Atlantic to the South of US, and documents the trials both people and food have undergone everywhere from Texas and Martha’s Vineyard to Chicago and Brooklyn. 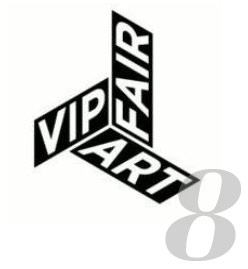 VIP Art Fair
VIP Art Fair has launched its inaugural edition on January the 22nd, featuring 138 leading contemporary art galleries from 30 countries, with more than 2,000 artists and 7,500 works of art in inventory. Works on view at the Fair ranged from more than 50 pieces priced above $1 million USD to more than 100 artworks valued at less than $5,000 USD. Visitors from 126 countries around the globe have signed up to participate including Russia, China, Ghana, Afghanistan, Uruguay, New Zealand, and Lebanon. The Fair run live, exclusively on-line and for one-week only, from January 22 to January 30, 2011. 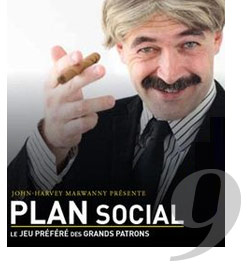 Plan Social – Arplay Editions – France
French publisher Arplay Editions gets into the mockery business with Plan Social a UNO-like card game parodying executive suits. The objective of the game is to rid yourself of your employees as fast as possible and move your company to China. Each card represent a worker of different classes: technicians, managers, etc. The goal is to get rid of your hand. Depending on how easy it is to fire someone (based on their class) the fired worker is going to be worth a certain amount of points (between 2 and 12). The game ends when you reached 200 points. Plan Social was fictitiously designed by John-Harvey Marwanny of the Marwanny Corp. The first print run sold out in just a few weeks. 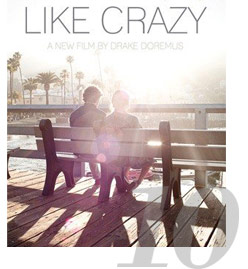 Like Crazy by Drake Doremus
Doremus‘ examination of a long-distance relationship, Like Crazy, taking home the Grand Jury Prize. Like Crazy is a film from and about the heart. Jacob, an American, and Anna, who is British, meet at college in Los Angeles and fall madly in love. It’s the purest kind of romance – they’re each other’s first significant attachment. When Anna returns to London, the couple is forced into a long-distance relationship. Their perfect love is tested, and youth, trust, and geography become their biggest enemies. The film’s lead actress, Felicity Jones, also won a Special Jury acting prize.