50th Birthday of the Lego Brick 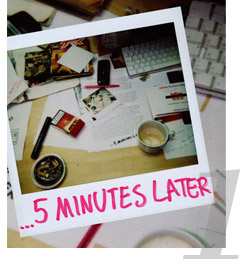 … 5 minutes later – Berlin
Visitors can contemplate for 5 minutes the invisible aspects of the visual art in the exhibition. That’s the message and, therefore, the key of the title of an original art event at the Kunste Werke (Institute for Contemporary Art) of Berlin. The exhibition …5 minutes later takes up a debate that under the rubric of disegno versus pittura has preoccupied art historians since the thirteenth century. What is more significant: the authentic sketch or the elaborately executed masterpiece? All works on display were created especially for the exhibition and within only five minutes. Inspiration, spontaneity, and immediacy define the essence and explosive potential of this group exhibition. 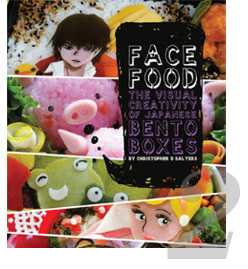 Face Food: The Visual Creativity of Japanese Bento Boxes by Christopher D. Salyers
Dating back several hundred years, the Japanese bento box is as integral a part of the country’s culinary identity as sushi. Today, a contemporary version of the bento box exists, inspired by the rampant popularity of movies, TV shows and manga. What better way to make children eat than to turn their lunch into cartoon characters? With Face Food, writer and designer Christopher D. Salyers documents the very real phenomenon of how rice, seaweed, mushrooms, tofu and just about any other edible delight are shaped into the likes of Pikachu, Daraemon and Cinderella, bringing health, heart and imagination to the bento box. A brief how-to guide, ingredient lists and interviews with enthusiasts illuminate the many dynamic reasons behind this wholly Japanese pursuit. 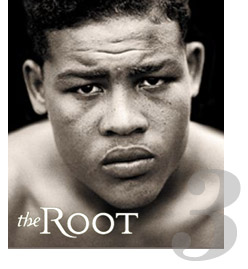 The Root – USA
An online free magazine entitled The Root has been launched by The Washington Post, that is dedicated to the black community. Henry Louis Gates Jr., a writer and a professor of African and African-American studies at Harvard, is the editor in chief of the magazine, which he developed with Donald E. Graham, chief executive of the Washington Post. The Root gives something more than the other established magazines dedicated to afroamericans. Gates said the genealogy component is key to the magazine’s mission. “To embrace the future it is essential to understand one’s past. We are giving the black community the resources to restore the memories destroyed after the middle passage” he said in a statement. 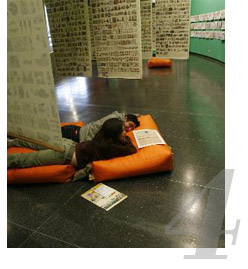 Laziness Week – Bogotà
In the first week of January the Planetarium museum in Bogotà hosted The Museum of Laziness, an exhibit dedicated to the pursuit of laziness, consisting in hammocks and beds, and people lounging about on them. The government sponsored exhibit attracted a lot of attention and, according to the Museum’s curator, was set up to explore the concept of “laziness as an enemy of work.” The idea is for people to think about laziness, and perhaps change their behaviour and lifestyle; avoiding the pressures and stresses of work and chilling out more may even make us healthier and live longer. Many museum-goers, especially children, have embraced the idea of the couch potato and taken a snooze on the exhibits. 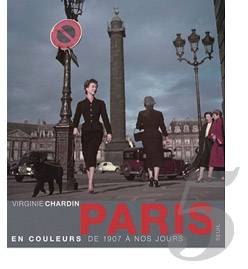 Paris en Couleurs exhibition – Hôtel de Ville – Paris
The exhibition Paris en couleurs in Paris at the Hôtel de Ville is a celebration of the one hundred years of the advent of colour photography, through color images that tell the history of the city starting from the Belle Époque period to the present day. It is in 1907 the start of colour photography, with the “autochrome” invented by the Lumière brothers. The exhibition is divided into three sections: the first (1907-1930) with pictures and movies from the banker Albert Khan archivies, the second (1930-1960) focuses on portraits by Gisele Freund and the third (from ‘60 to the present) collects big names of photography, from Bruno Barbey to Jean-Paul Goude, from Sarah Moon to Martin Parr. 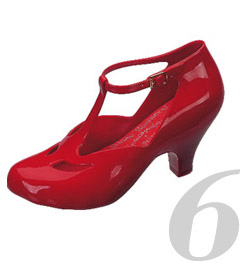 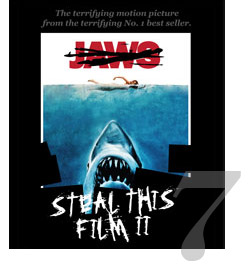 Steal This Film II
The folks behind Steal This Film, an amazing, funny, enraging and inspiring documentary series about copyright and the Internet have just released part II of the series. Part II is even better than part one and covers the technological and enforcement end of the copyright wars, and on the way that using the internet makes you a copier, and how copying puts you in legal jeopardy. Mark Getty’s (Chairman of Getty Images) infamous statement that “Intellectual Property is the oil of the 21st century” leads the filmakers to explore the war on copying, which ultimately becomes a war on the Internet and those of us who use it. Steal This Film II is available as a P2P download in several formats. 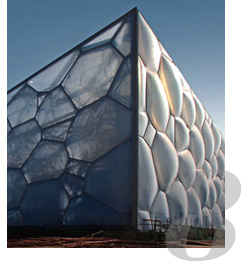 Water Cube – Beijing
China officially unveiled its bubble-wrapped National Aquatics Centre, nicknamed the Water Cube, one of the two iconic venues for this year’s Beijing Olympics. The imposing rectangular box, clad in a honeycomb of transparent cushions, will host the swimming, diving and synchronized swimming during the August 8-24 sporting spectacular. The 100 million euro ($143.2 million) complex is covered by a Teflon-like translucent plastic film ETFE that make up the building’s bubble cladding allow in more solar heat than glass, making it easier to heat the building, and resulting in a 30 percent reduction in energy costs. But it is to the ceiling of cushions above the 17,000 seats – 11,000 of them temporary – that the eye is constantly drawn. 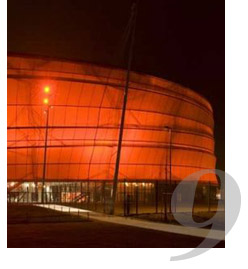 Zenith Concert Hall by Fuksas – Strasbourg
The Zenith Concert Hall in Strasbourg (France) opened to performers and audiences on 23rd January 2008, aiming to become an architectural and cultural landmark. An enormous translucent textile membrane covering its steel frame is the most impressive characteristic of the project, which also functions as a giant projecting screen for announcements and light effects transforming the building into a magnificent light sculpture. Designed by Massimiliano and Doriana Fuksas, inspired by the Greek-roman amphitheaters, has a strong visual impact thanks to its bright-orange elliptical structure. 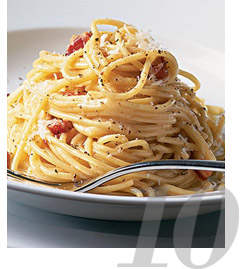 Carbonara Day
January 17th, the world celebrated the International Day of Italian Cuisines. Thousands of people who make, promote or simply love Italian food at all latitudes joined the over 130 Italian chefs and restaurateurs in 35 countries, belonging to GVCI, (Virtual Group of Italian Chefs), cooking or eating Pasta alla Carbonara according to the original, authentic recipe. The event underlines the wrong use of Italian cuisine abroad, where some restaurants serve dishes that have nothing to do with italian cuisine. A non-no list is provided.