Veronica Berlusconi letter ask the husband for a public apology 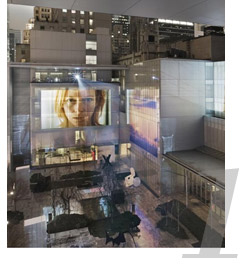 Doug Aitken: sleepwalkers – MoMA – New York
Doug Aitken: sleepwalkers is a joint project of Creative Time and the Museum of Modern Art and the first event to bring art to MoMA‘s exterior walls. Eight continuous sequences of film scenes will be projected onto six facades. Inspired by the densely built environment of New York’s midtown, the artist will create a cinematic art experience that directly integrates with the architectural fabric of the city while simultaneously enhancing and challenging viewers’ perceptions of public space. The project, filmed in New York City, will be shown daily from 5:00 p.m. until 10:00 p.m., until February 12. 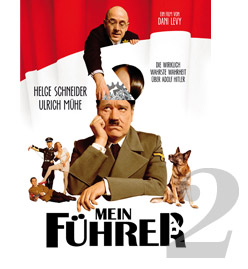 Mein Führer: The Truly Truest Truth About Adolf Hitler by Dani Levy
The first German-made comic film on Adolf Hitler, Mein Führer: The Truly Truest Truth About Adolf Hitler is a cinematic parody of the dictator’s life. Directed by Dani Levy, a Swiss-born Jewish film director, who lives in Berlin since 1980, the film takes place in the waning days of 1944. The director’s objective is to present Hitler not as a monster, but as a lonely and depressed man. The film shows Führer seeking help from a Jewish drama professor in a concentration camp, an attempt to prepare an inspiring speech to mark New Year. Although some say the jokes don’t always work, Mein Führer marks a new German approach to addressing this dark moment of its history. 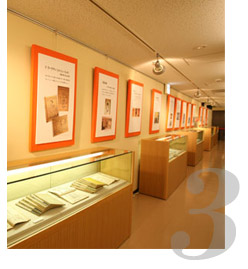 Kyoto International Manga Museum – Japan
Developed and opened through the deep understanding and active cooperation of local residents, under a joint project of Kyoto City and Kyoto Seika University, the Kyoto’s Manga Museum is based on the concept of Public-Private Partnership (PPP). The Museum will collect, preserve and exhibit manga and animation materials, which will be used for systematic research and studies. Through research and other manga-related activities, the Museum is expected to contribute to various areas, including lifelong learning, tourism promotion, human development and, possibly, even new businesses. The Museum is also expected to contribute to cultural activities of local communities, joining for the first time historical pieces of art with the world of arts ‘from below’. 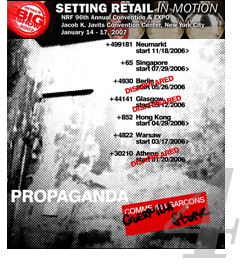 Setting retail in motion – New York
In New York, at the annual convention on distribution, the NRF 96th Annual Convention & Expo, by the National Retail Federation from 14th to 17th of January, the main topic has been Setting retail in motion. With this concept the fair wants to make people reflecting concretely about the evolution of the retail. It has been underlined that “temporary store” is actually one of the most consolidated dynamic of retail. In the world one can see multiplying stores opened for just a “limited time”, such for example the “old” Guerrilla stores. The fair has dedicated one entire section to this theme. 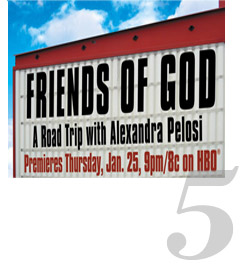 Friends of God: A Road Trip With Alexandra Pelosi – USA
In the USA, people are talking again about Alexandra Pelosi and her work as a “politic reporter”. Inconvenient daughter of democratic leader Nancy Pelosi, the first female Speaker of the House in history, Alexandra has filmed for Hbo tv Friends of God: A Road Trip With Alexandra Pelosi, about Evangelicals, the Christian right-wing community very dear to Bush. After Journeys with George, filmed in 2000, and Diary of a Political Tourist in 2004, Friends of God aroused controversy, most of all for Alexandra’s positive and comprehensive approach instead of criticism to the “teocon” community. In particular after the recent scandal related to Pastor Ted Haggard, stepped down as president of the National Association of Evangelicals following allegations that he had sex with a male prostitute and bought illegal drugs. 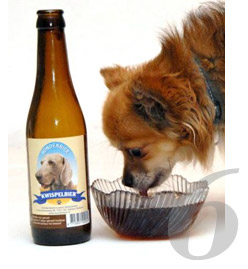 Beer for dogs – Netherlands
A small brewery in the Netherlands has launched a new beer designed to bring cool relief to thirsty dogs. Kwispelbier (“Kwispel” is the Dutch word for wagging a tail), marketed as “a beer for your best friend”, is made from a special brew of beef extract and malt. The beverage is a creation of pet shop owner Terrie Berendsen, who wanted her dogs to share light refreshments with her after a day’s hunting, and produced by a small Dutch beer company. The beer is non-alcoholic and fit for human consumption, but costs four times as much as an ordinary alcoholic beer for humans. 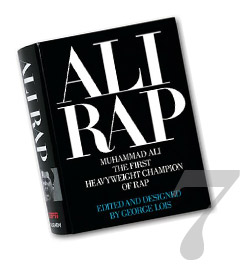 Ali Rap: Muhammad Ali the First Heavyweight Champion of Rap by George Lois
The book Ali Rap: Muhammad Ali the First Heavyweight Champion of Rap, published by Taschen, contains over 300 rap rhythms, witticisms, insults, wisecracks, politically incorrect quips, courageous stands and words of inspiration from the mind, heart and soul of the brash young Cassius Clay, as he steadily grew into the magnificent man who is Muhammad Ali. From a narcissistic self-promoter who eventually became a man of enduring spirituality through a journey of formidable tests, Ali has emerged as a true superhero in the annals of American history, and the Worldwide Ambassador of Courage and Conviction. This fresh, first-person book serves as a hilarious and moving hands-on autobiography by Muhammad Ali, the intrepid man of action who spoke in soundbites. 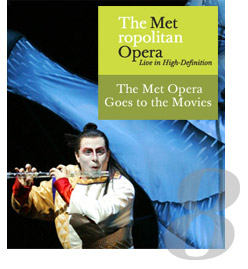 L’Opera del Metropolitan al cinema – New York
The Metropolitan Opera’s launched a new venture in populist audience-building: live, high-definition digital video broadcasts of some of its most spectacular productions. With opera being such a visual art form, the movie-theater experience brings a deeper level of engagement than has been possible for years The project has been a bigger success than anyone had imagined. It debuted at 100 theaters in North America (plus seven in Britain and two in Japan). The series opener, Julie Taymor’s production of “The Magic Flute,” was seen by more than 30,000 people, who paid $18 each for the experience — and probably at least that much for their huge tubs of popcorn, soft drinks and the occasional hot dog. Overall attendance has run at 90 percent. 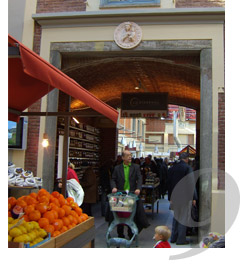 Eataly – Turin
Opened in Torino, in the ex Carpano factory, just a few meters away from the ex Fiat factory of Lingotto, Eataly, the first enogastronomic park in Italy: a food market, but also a big area with 5000 square metres dedicated to didactics, with 3 rooms for courses and tastings, a library, a museum, a conference room, and 10 restaurants. Oil, salami, wine, beer, water, cheese, meat, fish, bread and sweets: only first-rate goods coming from factories and producers guaranteed by Slow Food association. 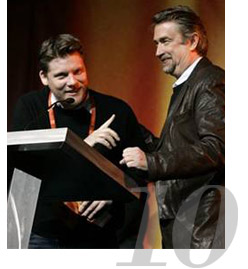 Padre Nuestro by Christopher Zalla
Sundance Film Festival‘s grand-jury prize for best U.S. drama went to Padre Nuestro, an immigrant saga about a Mexican teen’s heartbreaking search for his father in America. Writer-director Christopher Zalla’s debut film Padre Nuestro is the story of a Mexican youth who sneaks into the United States to find the father he never met, only to have his identity usurped by a conniving fellow illegal immigrant he meets along the way. Padre Nuestro followed last year’s Quinceanera as the second-straight Mexican-immigrant tale to win top dramatic honors at Sundance.