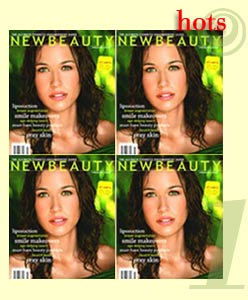 New Beauty magazine, USA
The launch of New Beauty the first magazine entirely devoted to plastic surgery is expected as a big event in the US. Its publishers, Sandow Media of Boca Raton – Florida, say their aim is to respond to a shortage on reliable information about surgery in a sector which growth has been surprisingly high the next few years. Nearly 9 million cosmetic procedures were performed in America in 2003, a 33% rise on the year before. An initial circulation run of 500.000 is planned, with a cover price of $9,95 and a quarterly publication, about 20% of the copies will be distributed free at health clubs and beauty salons. The magazine says it will advise readers how to choose a doctor and what different procedures involve, the 250-page debut issue covering eyelifts, liposuction, laser treatments, teeth whitening, as well as breast enhancement. 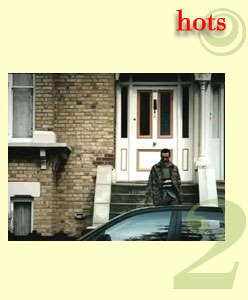 VW Polo fake adv, UK
A provocative video clip released on the Internet showing a suicide bomber behind the wheel of a Volkswagen left viewers wondering if it was a car commercial or a hoax. The spot shows a man who appears to be of Middle Eastern descent getting into a Volkswagen Polo – a smaller version of the Golf that is sold in Europe – and driving down a street in an unidentifiable city. The man, stops in front of a restaurant and then proceeds to hit the button on the bomb detonator. But the car contains the explosion, presumably killing only the suicide bomber. The tagline: “Polo. Small but tough.” Steve Keyes, a spokesman for Volkwagen in the U.S., said the company only became aware of the clip when contacted by a reporter. He said the ad wasn’t produced by Volkwagen’s U.S. operations or its ad agency. 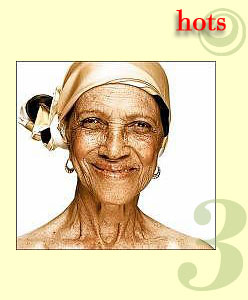 Campaign for Real Beauty by Dove
Sparked by the results of the global study, Dove launched a major initiative designed to provoke discussion and encourage debate about the nature of beauty. The Campaign for Real Beauty asks women to give serious thought to a host of issues surrounding beauty, such as society’s definition of it, the quest for “perfection,” the difference between beauty and physical attractiveness, and the way the media shapes our perceptions of beauty. The Campaign for Real Beauty uses various communication vehicles to invite women to join in the discussion about beauty and share their views of it with women around the world. The global advertising campaign presents images of women whose appearances differs from the stereotypical physical ideal: i.e. Irene Sinclair, 95, of London, with a wrinkled face and asks: “Will society ever accept old can be beautiful?” 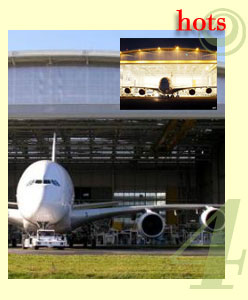 Airbus A380, Toulose
The world’s largest passenger plane, the Airbus A380, has been unveiled in an elaborate ceremony in France. The twin-deck aircraft can carry about 555 people – more than the Boeing 747 jumbo built by Airbus’ main competitor. The ceremony was attended by European leaders including Tony Blair, Jacques Chirac and Gerhard Schroeder. French President Jacques Chirac praised the A380 as the “crowning achievement of a human and industrial adventure”, describing it as a “European success”. The first test flight of the A380 will take place in April although Airbus is keeping the exact date under wraps. It will enter service in 2006. Airbus – a joint venture between European Aeronautic Defence and Space Company (EADS) and BAE Systems – has secured 149 confirmed orders for the A380 from 14 customers, including 11 passenger airlines. Airlines have taken options on a further 100 planes. The world’s busiest airports are having to change their terminal buildings to accommodate the A380. 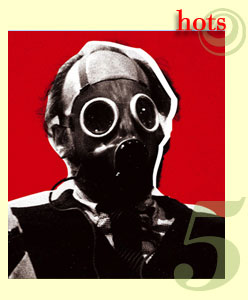 he Sound of Time by Gaetano Pesce – Milan
The exhibition dedicated to Gaetano Pesce, The Sound of Time, to the Milan’s Trienniale is one reflection on the topics of the architecture and the art in relation with the past and the future. It is innovative by its way to show the objects. During the time, in fact, it will change preparation, depending on the choices of “vice-responsable” – singers, writers, actors, sportsmen – that will support the official responsible, Silvana Annichiarico. The exhibition is in nine “chapters” that identify the philosophy of the architect: from The personalisation of the series to The feminine as a driver for planning. 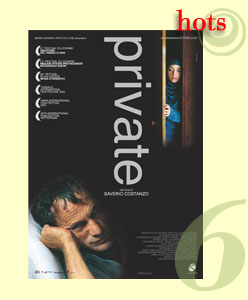 Palestine in movies
The documentary – film Mur (Wall) by Arab-Israeli director Simone Bitton is an open accusation against that concrete monster more than 500 kilometers long, that divides the Israelis from the Palestinian, begun in 2002 although the judgments denied by The Assembly of the United Nations. The conductor Saverio Costanzo, who for his first movie, has realized Private, exceeding the macrocosmos of Gaza’s strip and talking about the daily life. Mohamed, a family father in Palestine with an housewife and three sons. Without warning the house is seized, but Mohamed does not want to abandon the room. 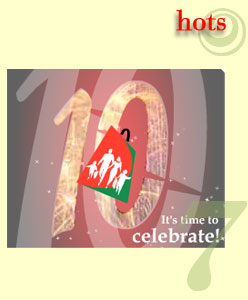 Dubai Shopping Festival, Emirates
The Dubai Shopping Festival, a truly remarkable shopping event in the Emirates, scheduled for January 12 till February 12, 2005, celebrates this year its 10th anniversary. Nowadays the DSF is considered to be a top-notch tourist destination and a magnificent opportunity to experience the finest in the world of shopping and entertainment for the entire family. This year, the Festival’s calendar, organised through a unique partnership between the Government of Dubai and the city’s enterprising corporate sector, will propose unforgetable events and initiatives for the visitors. The 2005 event is enlivened with international theatre performances and concerts but the major attraction is the New Global Village, an open-air crafts fair selling “archetypical” goods from all around the world. 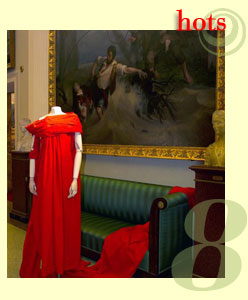 Correspondances by Johji Yamamoto – Florence
Correspondences is the title of the Yohji Yamamoto exhibit that will has been presented in Florence on the occasion of the 67th edition of Pitti Immagine Uomo. Why this title? The curators put on stage correspondances between over 80 outfits that cover the creativity of one of the most charismatic designers in contemporary fashion, and the rooms, paintings and sculptures of the Galleria d’Arte Moderna in Palazzo Pitti. The clothes displayed in the museum’s 30 rooms were selected on the basis of their ability to interact with the artworks. Standing free of showcases on traditional forms, the garments can be admired and touched, allowing viewers to appreciate their absolute beauty, the quality of the materials and perfect design. Correspondences is the first part of a collaboration between Florence and Paris that will be followed by a separate Yohji Yamamoto exhibition at the Musée de la Mode et du Textile of the Louvre from 14 April to 28 August 2005. The Florence exhibition is scheduled until March the 3rd. 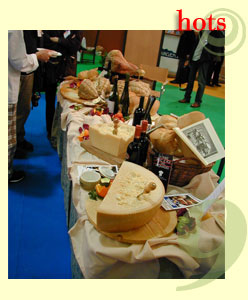 Salon International de la Restoration, Lyon
The 12th edition of the Salon International de la Restoration opens on the 22nd of January in Lyon, the prestigious appoiment that offers an overview on the international Nouvelle cosine and a panorama on the emerging chefs. For the occasion, the famous Spanish chef Ferran Adrià, explains how the cosine is changing, proposing new styles in which the chef becomes the real creator, the real protagonist of new “objects of taste” capable of combining science with design, arts and sensorial pleasure. The great Spanish chef highlights the importance of merging the Oriental with the Western cosine, which do not have to get shy in front of a wok but, instead, they have to exploit its creative power. 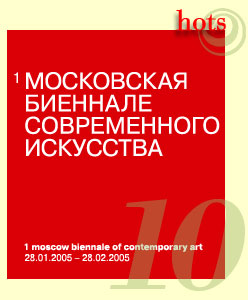 First Moscow Biennale of Contemporary Art, Russia
The first Moscow Biennale of Contemporary Art begins at the end of this month and it lasts till February 28th, with “Dialectics of Hope” as main theme. The Biennale, organized by an experienced team of six international curators, is a composite event, made of a main project and a wide parallel program with exhibitions and special events, all around the city. More than 40 young artists will present their work in Moscow, everyone of them expressing his own personal sense of Hope, reflecting the influence that social and political changes exert on their private life as much as on the development of the societies to which they belong. From its very beginning, the Biennale seems to act as a launching pad for arts and most of all for the young artists of the ex USSR, toward the new rich and emerging social classes of Moscow.