The plastic surgery of Berlusconi – Italy 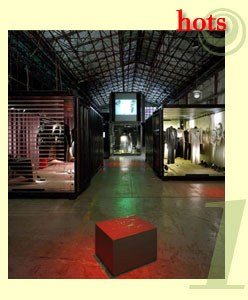 Excess. Fashion And The Underground In The 80′s, Florence
The Pitti Immagine Discovery Foundation organized in Florence the exhibition Excess. Fashion And The Underground In The 80′s. The Eighties were a significant period, a period of complex political, social and cultural transformation. For Italy that was emerging from the leaden years it was the decade of Made in Italy’s affirmation. But what remains of that decade in recent memory often an accumulation of excess without content. This exhibition wants to discover through fashion, design and society, what were the Eighties, really. Creativity and novelty the key words for a period with such apparent contradictions that seems to escape any precise definitions. 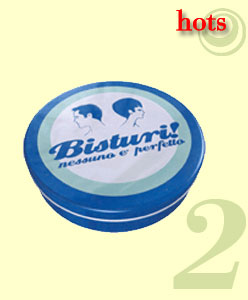 Bisturi, TV Italy
The Italian TV channel, Italia 1 has launched a new programme inspired by the Extreme Makeover reality show about the transformation of the look, very popular in the USA. Bisturi: Nessuno è perfetto (Lancet: nobody is perfect) broadcast in six episodes and it offers popular people, but especially common people the opportunity to improve their look not just in terms of hair style, make up or dress style, but making use of more complex aesthetical treatments, up to plastic surgery. According to the statistics, there has been a reassuring decrease in the number of viewers. 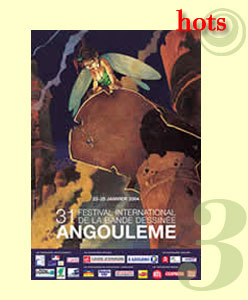 International Comics Festival, Angoulême
Every year, for several days, Angoulême transforms itself, becoming a place of expression, a fertile ground and meeting point for the world of Comics. From January 22nd till the 25th the French town hosts the 31st edition of a Festival that has become an international point of reference: three decades of the culture of comics are held with a complex interconnection between town and artists. A real culture dedicated to study was born around the event, the Centre National de la bande dessinée. A young author, Zep was awarded the prize of the town, in occasion of the Festival. 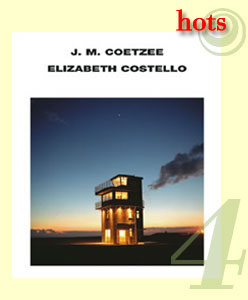 Elizabeth Costello by J.M. Coetzee
In the last novel of the Nobel Prize winner for Literature 2003, J.M. Coetzee ‘Elizabeth Costello’ the writer expresses deep thoughts on the art of writing, through the story of Elisabeth Costello, a famous Australian writer. She has a complex feminine role; she is a wife (twice), a mother of two children and a successful writer. As the writer, she escapes any form of worldliness and she consequently has difficulties in establishing a relationship with the world of journalism. Through the narration, the reader is able to discover the meaning the writer attaches to his activity. 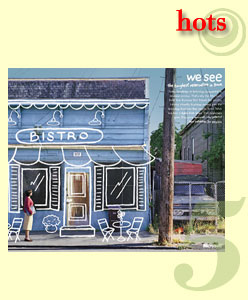 Microsoft potential
With its new global ad campaign, Microsoft wants to communicate its values and desire to enhance the creativity and the unexpressed potentials of each client. The press release says: “Our mission is not just to unlock the potential of today’s new technologies. It is to help unleash the potential in every person, family, and business. We want to help you do the things you do every day – express your ideas, manage your finances, build your business -faster, easier, and better. At Microsoft, we see the world not as it is, but as it might someday become”. 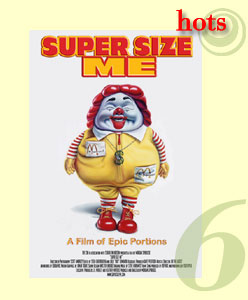 Super Size Me by Morgan Spurlock
Morgan Spurlock decided to become a gastronomical guinea pig. His mission: To eat three meals a day for 30 days at McDonald’s and document the impact on his health. Scores of cheeseburgers, hundreds of fries and dozens of chocolate shakes later, the formerly strapping 6-foot-2 New Yorker – who started out at a healthy 185 pounds – had packed on 25 pounds. But his supersized shape was the least of his problems. Within a few days of beginning his drive-through diet, Spurlock, 33, was vomiting out the window of his car, and doctors who examined him were shocked at how rapidly Spurlock’s entire body deteriorated. Spurlock charted his journey from fit to flab in a tongue-in-cheek documentary, which he has taken to the Sundance Film Festival with the hopes of getting a distribution deal. Super Size Me explores the obesity epidemic that plagues America today – a sort of Bowling for Columbine for fast food. 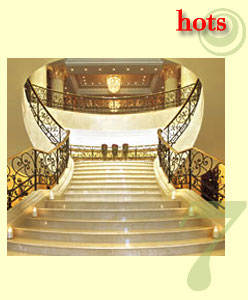 Ritz Carlton, Berlin
The Ritz Carlton Hotel in Potsdamer Platz, that opened its doors on the 12th of January, is the concrete evidence of the changes taking place in Berlin, a city that longs to become one of the cultural destination capitals. The impressive building recalls the skyscrapers of Chicago and New York and its interior design, created by Peter Silling, bears the signs of the German Imperial style mixed with modern design elements. The guests can choose one of the 302 luxurious rooms with a heated bathroom floor and can relax in the spa or even enjoy an informal dinner in the 1875 Brasserie, moved from Macon (France) and reassembled in the new hotel. 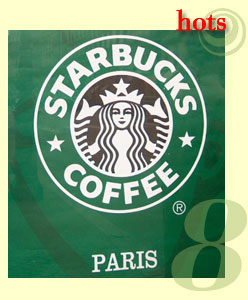 Starbucks and Gate 104, Paris
Starbucks has finally arrived in the country that likes to think it invented the cafe. Almost six years after it began establishing itself in Europe – starting with Britain, Switzerland and Austria – Starbucks Corp. inaugurated its first Paris store in January 2004, with Spanish partner Grupo VIPS, close to the Opera. Another interesting opening in the sane days was Gate 104, Europe’s biggest cyber-café, equipped with 500 powerful computers for on-line video-gaming. 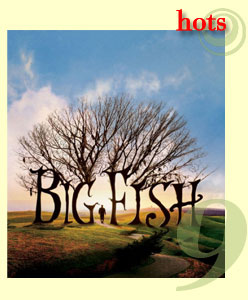 Big Fish by Tim Burton
Inspired to the homonymous novel by Daniel Wallace, Big Fish, the last Tim Burton movie is a romantic fairy tale, visionary and fantastic in which the director mixes myth with reality using the traditional clichés of the fairy tales as well as of the American society. The movie talks about the story of an ‘extraordinary life’ full of epic and surreal deeds, giants, werewolves, Siamese twins and witches, all built through the memories of the protagonist, Edward Bloom (Ewan McGregor as young Edward and Albert Finney as old Edward). The movie explores the world of unsaid emotions, which often characterises the father-son relationship. 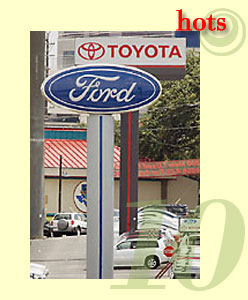 Toyota passes Ford
Toyota has likely surpassed Ford as the world’s No. 2 automaker behind General Motors, a change in ranking that reflects the steady erosion of U.S. companies’ dominance of an industry they have led since its inception. Preliminary figures released by Toyota Motor Corp. on Friday showed worldwide sales for 2003 reached 6.78 million vehicles, up 9.9 percent from 6.17 million the previous year. On Thursday, Ford Motor Co. said its 2003 sales slipped to 6.72 million vehicles, down 3.6 percent from 6.97 million the year before. If figures don’t change when Toyota releases a final sales tally Monday, its jump ahead of Ford will be official. General Motors Corp. and Ford were the front runners for decades, virtually since mass production of cars began in the early 1900s. Ford celebrated its 100th year in business in June.