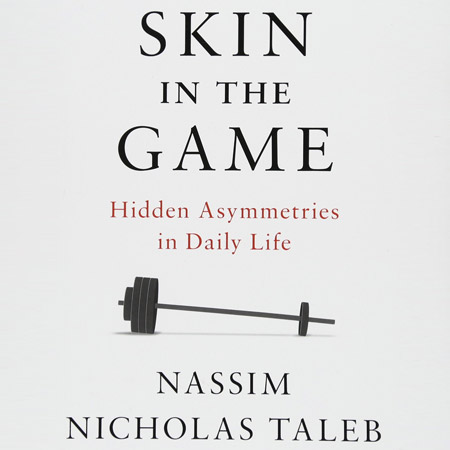 Skin in the Game book by Nassim Nicholas Taleb 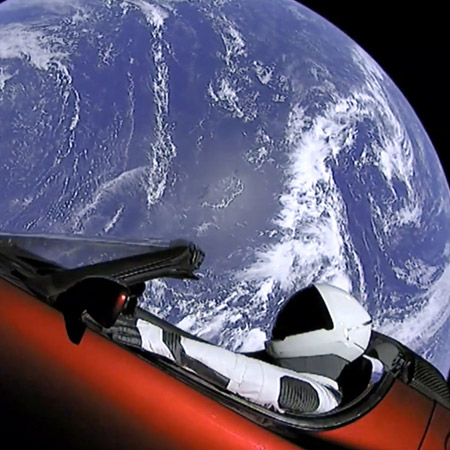 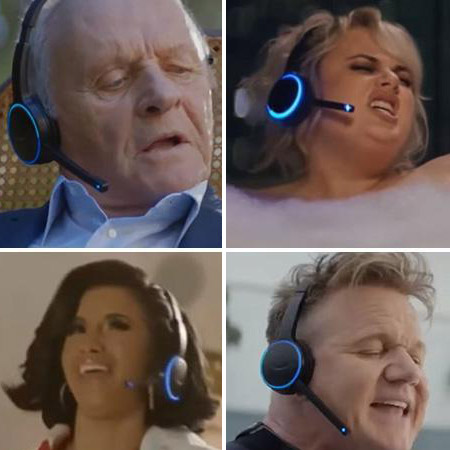 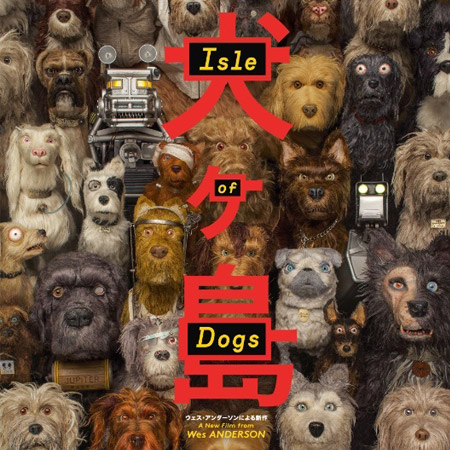 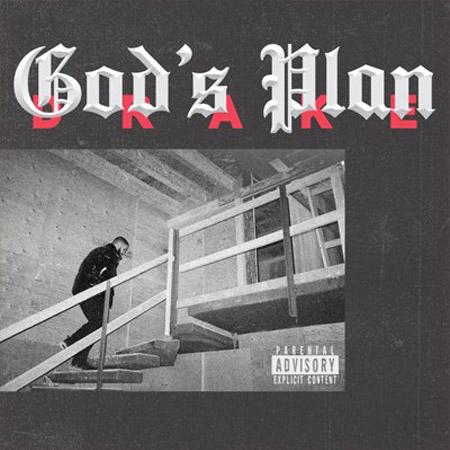 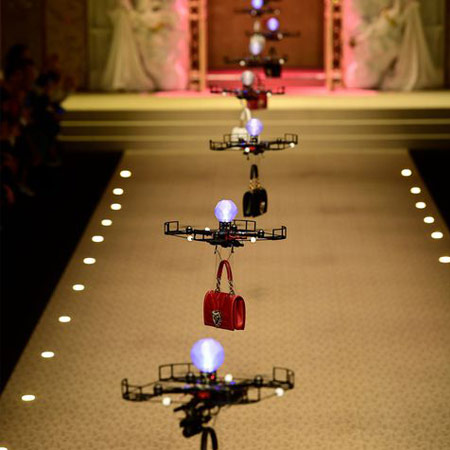 Dolce and Gabbana catwalk with drones – Milan
“Blessed are the shoes and the clothes are praised!”, Declared Domenico Dolce jokingly at the upcoming winter 2018/2019 fashion show. Always dedicated to the “Madonna of fashion the usual scenario of the Metropol of Milan between typical white stuccoes, little angels of gold and Baroque church decorations (in short in the classic scene for the cult of the two stylists), introduced by sacred music, they opened the procession in eight drones, which crypt of the “church of fashion” have brought on the catwalk as many new models of bags of various colors. A real blow to the theater that Dolce and Gabbana have dedicated to the new generations: 15 millennials, sitting in the front row have been able to applaud a collection that while keeping the attachment to its style icons, has clearly winked at the contemporary and technology. 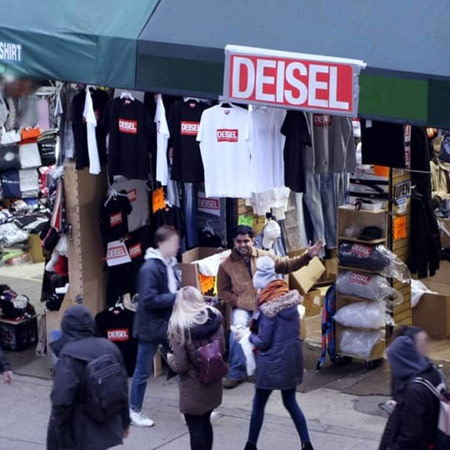 Deisel pop-up store – New York
During the NY Fashion Week 2018, two guys opened an “only apparently” knockoff clothing store on Canal Street. In fact, the Deisel outside sign of the shop overall reminded the Renzo Rosso brand logo, suggesting fake products inside. However, the Vicenza company had set up a pop up where they sold at a very affordable price, authentic Diesel items that had been replaced by the label. The shop clerks of the very special shop also joked with the buyers, unwary but very lucky, because they bought in fact some Diesel limited edition garments. Diesel with this fake shop, launched a slight provocation to fashion victims who sometimes look at the logo like a beacon for their choices, pushing towards the search of their own style and the recognition of the most authentic quality. 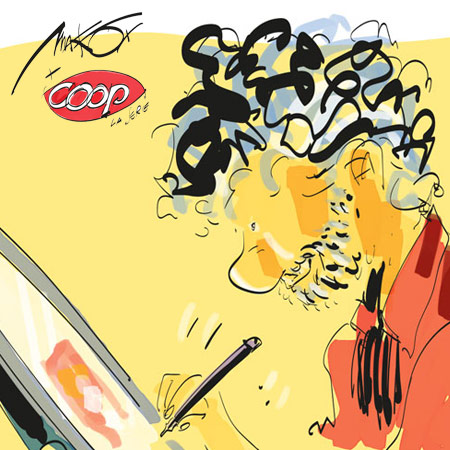 Makkox x Coop – the series – Italy
Coop, a historic chain of supermarkets that, since 1948, brings together all Italian consumer cooperatives under the same flag, celebrate its 70th private labels. There are many initiatives, starting with the launch of new lines of branded products and especially the web series signed by Makkox. The Italian cartoonist and blogger illustrates, with 16 videos and 40 tables, the founding values of Coop and the new lines, including D’Osa, mixtures and references for cooking homemade desserts, launched just in February. This new narrative format sees Makkox’s lazy alter-ego the protagonist of ironic and funny episodes, in which, thanks to his family members and Coop products, he will learn to be more aware of what he eats. 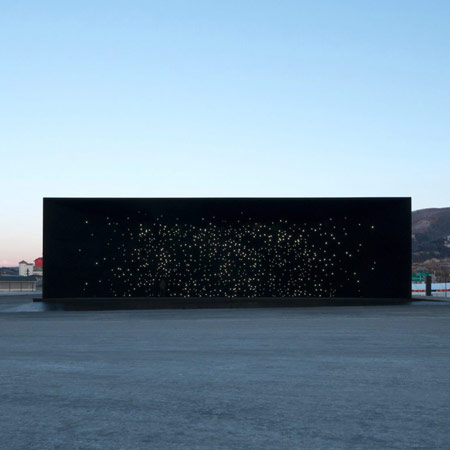 The darkest building on Earth – Hyundai papillon by Asif Khan – South Korea
On the occasion of the Pyeongchang Winter Olympics in South Korea, Hyundai commissioned the British architect Asif Khan to build a temporary 10-meter high building covered entirely with Vantablack VBx2. The latter is a carbon compound currently considered the darkest material in the world. The characteristics of the Vantablack are really surprising, in fact it is able to reflect 0.035% of the light (or vice versa, it absorbs 99.965%). In contrast to the darker exterior walls that have ever been seen, the interior of the building is a triumph of light, water, mirrors and fiber optic energy to celebrate the use of hydrogen as a source of clean energy. 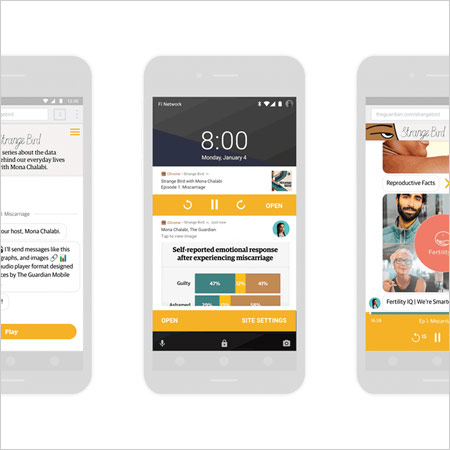 Strange Bird interactive audio series – The Guardian US mobile innovation lab
The Guardian US mobile innovation lab has announced the launch of a new audio player that breaks new ground in the experience of listening to podcasts, offering users a new experimental listening experience that reinvents the way people discover and listen to podcasts by integrating visual elements—such as text messages, photographs, charts, and animations—into the listening experience. It also allows people to subscribe to podcasts through the web, rather than exclusively in podcast apps. The player launches with a pilot for Mona Chalabi’s new show Strange Bird, which explores human experiences that can make us feel like outliers – and the numbers that shape our lives. 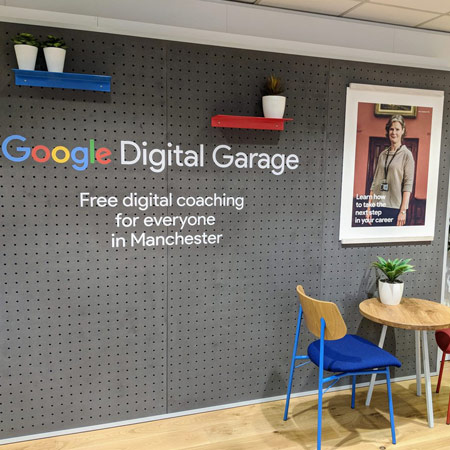 Google Digital Garage – Manchester – United Kingdom
Google opened its Digital Garage in Manchester to help unemployed, students, retired people and entrepreneurs through free digital advice. It is the third Google’s space, after the great success of the previously opened in Sheffield and Birmingham. It was realized in collaboration with the WRG agency with the scope of helping 100 thousand British citizens over the next three years. The services are for free to those who wish to improve their digital skills, or take the first steps in this area. For example, one learns to surf online, to write your curriculum vitae, but also to correctly use social media in his company. The informal environment increases human relationships. An bus whit the same activities of advice is on the road and “beats” the Greater Manchester according to a calendar known from time to time on social networks. 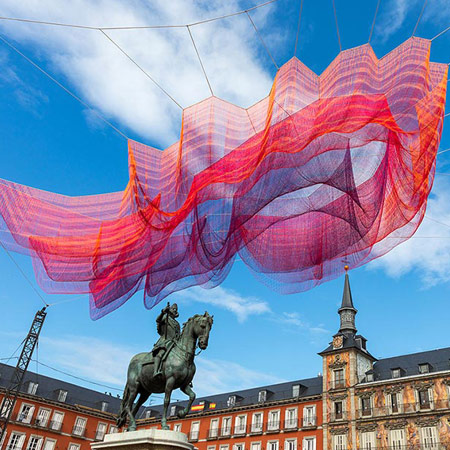 1.78 installation by Janet Echelman – Madrid
For ten days, the statue of the ex-king of Spain Felipe III in the central Plaza Mayor in Madrid, was “crowned” by a surprising multicolored cloud, made of layers of interconnected polyethylene fibers. The site-specific installation 1.78 Madrid invites us to reflect on the impact that every human being has on the dynamic equilibrium of the planet. The sculpture is part of a series known as Earth Time that the American artist Janet Echelman started back in 2010, with time being the common denominator for each work. 1.78 indicates a time frame and precisely the microseconds that, according to NASA scientists, the day has lost as a direct consequence of the earthquake of Japan in 2011, a seismic event so powerful as to change the terrestrial balance by accelerating the rotation of the planet. 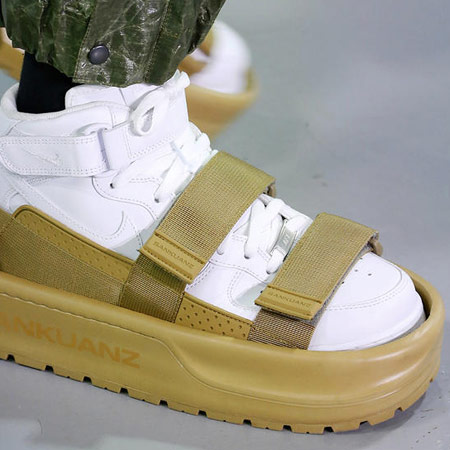 Shoe for shoes by Shangguan Zhe for Sankuanz
Sneakers in recent years have become real cult objects, which need to be protected. A solution to protect sneakers was proposed by designer Shangguan Zhe, as part of the autumn-winter collection of the Sankuanz men’s brand during Paris Men’s Fashion Week. It is a hybrid product, a sort of shoe for shoes, or sandals above shoes. These sneaker protectors, which aesthetically look like orthopedic sandals, have been designed as a complement to the sneakers but can naturally also be worn as sandals. 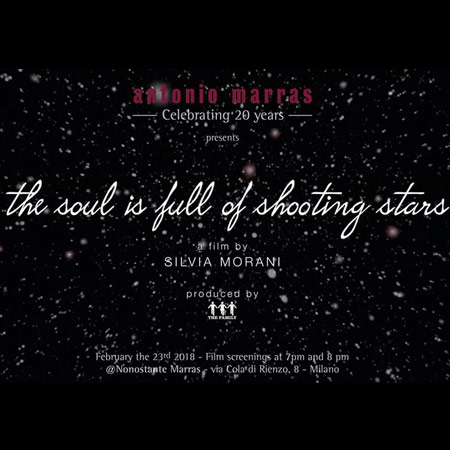 The Soul Is Full of Shooting Stars movie by Silvia Moran for Antonio Marras
Antonio Marras presented a preview of “The Soul Is Full of Shooting Stars“, the brand’s first short film. Designed to tell the story of its first 20 years of life, it revisits a cult in the history of cinema: “Adele H.” by François Truffaut. The director is Silvia Morani. The production goal, signed by The Family, is the Cannes Film Festival and, subsequently, the film will be online for everyone. Together with the exhibition “Nulla die sine linea. Life, diaries and notes of a restless man” (at the Milan Triennale until January 21st), and many other initiatives of cultural and artistic value, the film returns the vision of a stylist-craftsman who weaves a continuous dialogue with the plots of poetry, creativity and life. 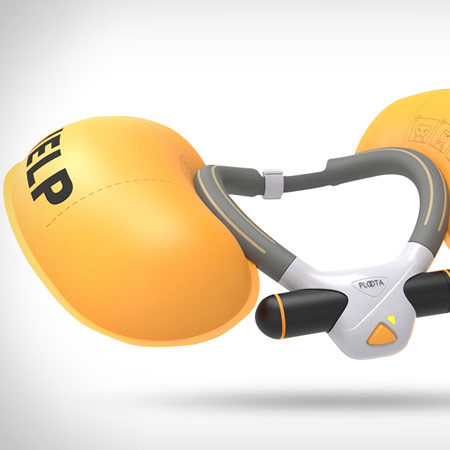 Ploota World’s tiniest life-jacket
Ploota is the helmet for watersports, a revolutionary neck-worn device that blows up to save you in the ocean. The smart safety device automatically detects an emergency situation and releases two inflatable cushions to bring its user up to the surface. And unlike some similar devices, it keeps them floating in a head-up position. Even if the users are unconscious, they should still end up floating face-up, for up to a claimed six hours if necessary. It can also be activated manually when you realize that you are in a dangerous situation. Unlike most life-jackets that keep you afloat all the time, the Ploota can be used underwater or in the water too. It means you can go swimming, snorkelling or deep sea diving with it on and trigger it only when you need to be brought to the surface. Its tiny form factor (it weighs only 280 gr) allows you to do more without being weighed down by a bulky chest-strapped jacket.