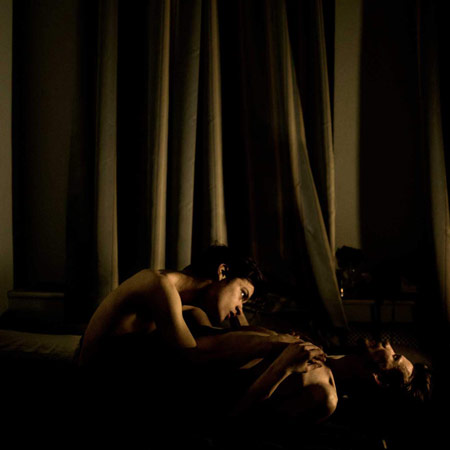 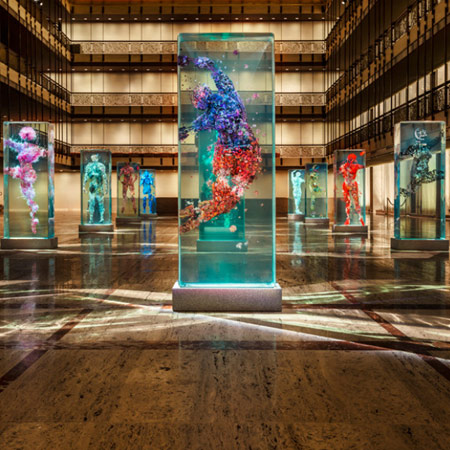 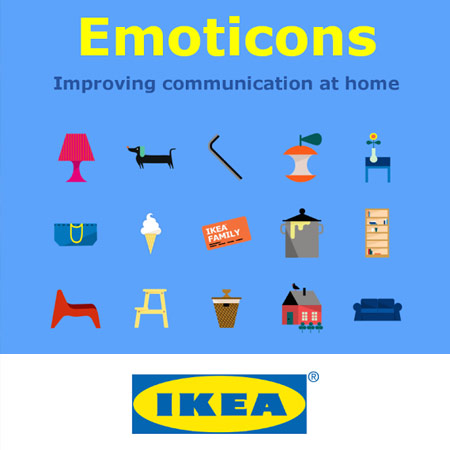 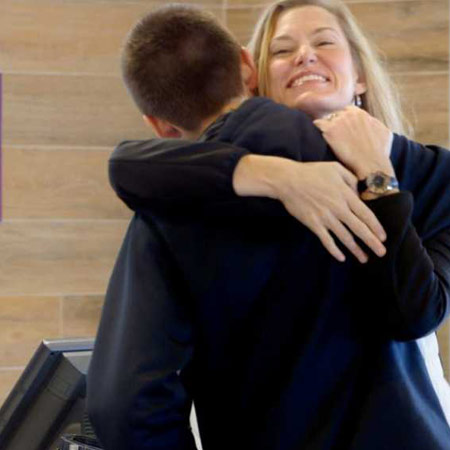 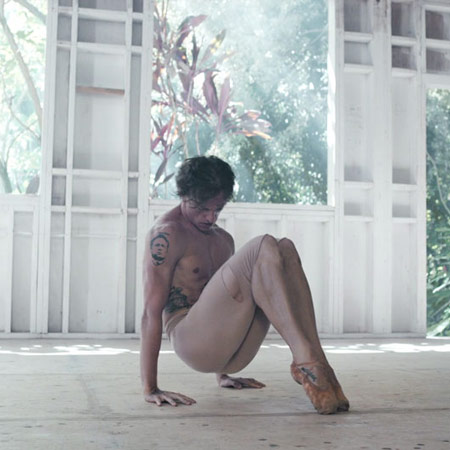 Video Sergei Polunin, “Take Me to Church” by Hozier, directed by David LaChapelle 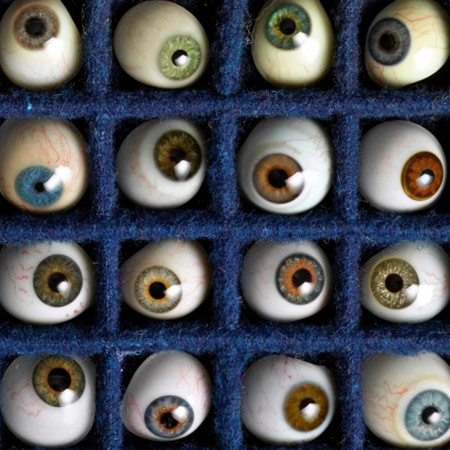 Magnificent Obsessions: The Artist as Collector – The Barbican Art Gallery – London
The Barbican delves into the world of collectors for Magnificent Obsessions: The Artist as Collector, the first major exhibition in the United Kingdom to present the personal collections of post-war and contemporary artists. Its display of masterpieces, post-war pieces and oddball artefacts comes from such artists as Peter Blake, Edmund de Waal and Damien Hirst. The Barbican reflects this exciting variety by placing objects in the context of a key work by each artist, as well as complementing the display techniques of the individual. The result is a fascinating journey into the creative psyche, spanning the parameters of considered methodical research and passionate, idiosyncratic collecting. 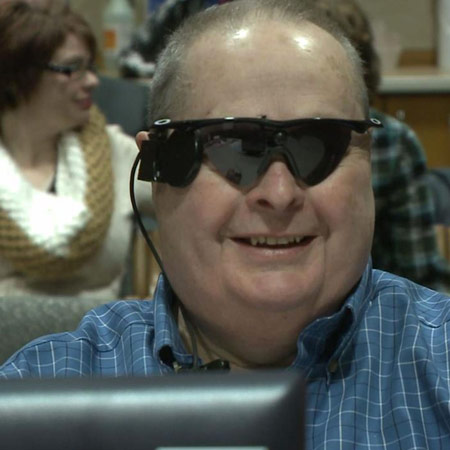 Bionic Eye Implant – United States
Allen Zderad, 68, can see for the first time in over 10 years thanks to a bionic eye implant (known as the Second Sight Argus II retinal prosthesis system) from the Mayo Clinic. He’s the 15th person in the country to receive such an implant, approved by the FDA in January of 2014 after decades of research and costing an estimated $300-$500 million to develop. Zderad has retinitis pigmentosa, a degenerative, genetic eye disease that slowly stole his sight over the course of his life. It progressively deteriorates the part of the retina that turns light into vision. The prosthesis works by interacting with the eye; a camera in his glasses sends information to the 60 electrodes that were implanted, sending signals directly to the optic nerves, enabling Zderad to see shapes, light, and closer objects. “It’s a bionic eye – in every sense of the word. It’s not a replacement for the eyeball, but it works by interacting with the eye. Mankind has been seeking to cure blindness for 2,000 years or more, but only in the past quarter of a century have we had the electronics to build a retinal prosthesis that could restore sight to the blind,” explained Dr. Raymond Iezzi. 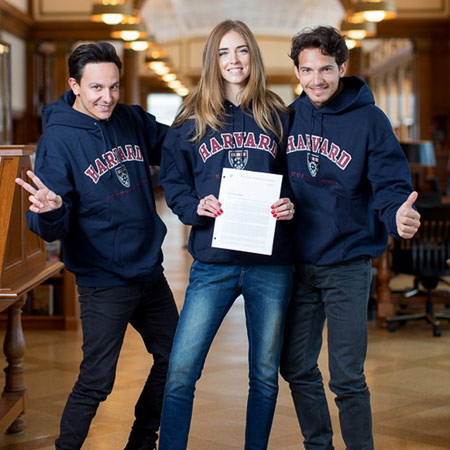 “The Blonde Salad” Harvard Business case study – United States
The Blonde Salad blogger Chiara Ferragni’s stratospheric levels of success have inspired the faculty at Harvard to create an MBA class (Luxury Marketing) on inspirational business entrepreneurs. The class will focus on how a number of luminaries built their brands from the ground up; Ferragni is in the company of big names like Stella McCartney and Jimmy Choo. The Italian fashion blogger and her team were selected to participate as a Harvard Business case study. “It’s the first case study Harvard has done on a blogger, and explores nearly every aspect of Ferragni’s growing and global business,” WWD reports. Ferragni openly admitted that she considers this her highest achievement so far. The case study unfolded over months of interviews and analysis into all aspects of Ferragni’s business, which is projected to reach $9 million in revenue this year. The entire study is now available on the Harvard Business Review website for $14. This makes an important statement about the impact bloggers are having on the business world at large. 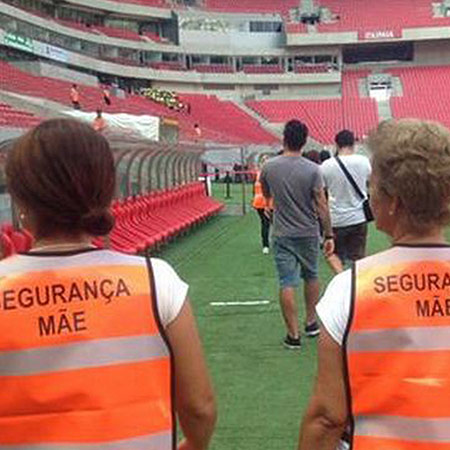 Security Moms – Sport Club do Recife – Brazil
A Brazilian soccer club has employed fans’ mothers to act as stewards in the hope it will discourage supporters from fighting. And it succeed. Sport Club do Recife trained around 30 mothers for a football derby and put them to work patrolling the pitch perimeter dressed in high visibility vests bearing the words Seguranca Mãe (Security Mom in Portuguese). Their presence was highlighted on big screens before and during the game in a bid to make fans aware of their presence. The club said the mothers got the same training as all security officials and volunteers working at the game, one of the biggest derbies in Recife. “The idea was to make the most fanatical supporters aware and help in some way to bring peace to stadiums,” Aricio Fortes, vice-president of Ogilvy, the PR company that dreamt up the idea, tol. At the end of the day, no one wants to fight in front of a mother, especially his own. 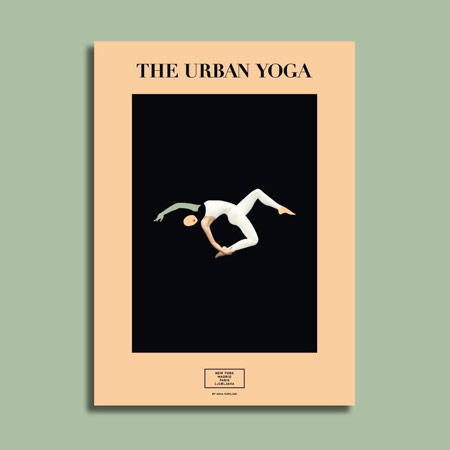 Urban Yoga Photo book by Anja Humlian
Artist, architect, dancer and yoga teacher Anja Humlian created the Urban Yoga project, inviting people to join and surrender with their whole body to what they smell, touch, taste, see and hear in order to experience how does their city feel. Last year Anja Humljan successfully funded a Kick Starter project to publish her Urban Yoga Photo Book, now available. The book includes a series of stunning and inspiring photos taken in Madrid, New York, Paris and Ljubljana, used as metaphors for the experiment: how do we perceive space if we surrender ourselves to it with our whole sensuous body and give ourselves up to feelings that are running through space? For her, our urban environment should not be regarded as something, which disturbs our harmony, but rather as a vital element that contributes to it. She states: “As long as our bodies will relate to real space, as our heart relates to our body, cities will remain blossoming, citizens will live a fruitful life, and as for architecture itself, it will continue to direct our consciousness back to the world and towards our own sense of being” 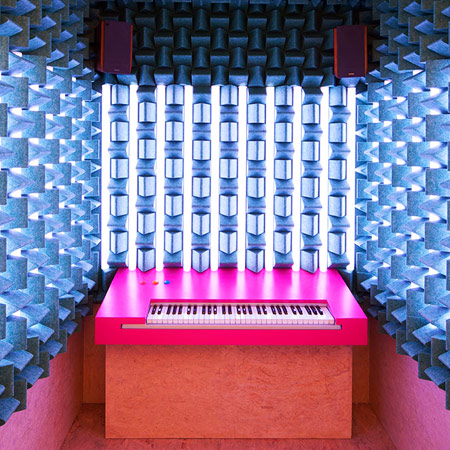 First Children design museum – Shanghai – China
The first design museum for children in China – the Kids Museum of Glass opened its doors to the public. The new museum is located adjacent to the Shanghai Museum of Glass, is housed in a former industrial workshop in Shanghai’s creative Baoshan District, and is designed by Coordination Asia studio. The 2000 square meter space features multi-media workshops and installations with kaleidoscopic sculptures, prisms, DIY workshops, and an Up-Cycling Theater. Kids will have the opportunity to engage in a wide of array of touch and play activities – from art to design, performances, films and games. 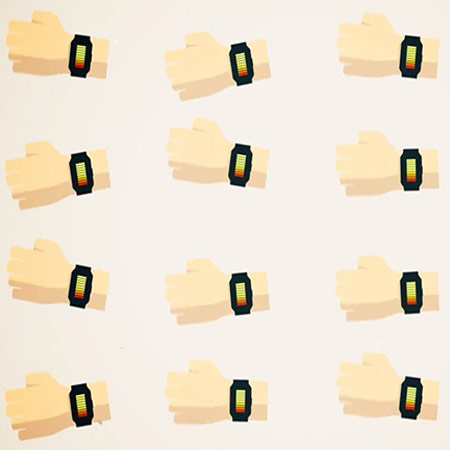 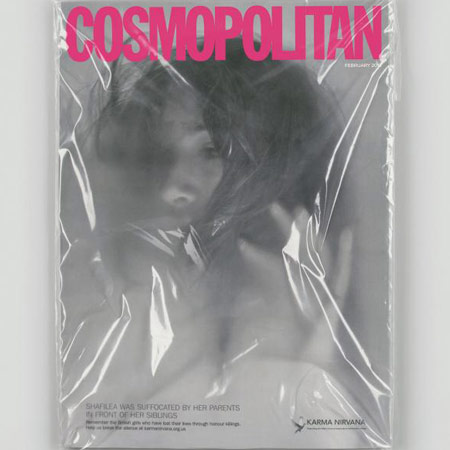 Cosmopolitan Shocking Fake Cover – United Kingdom
A communication campaign by Leo Burnett for Cosmopolitan magazine in the UK in partnership with the charity Karma Nirvana, which helps victims of honour-based violence, proposed for the February issue a limited edition cover with a shocking image (dedicated to Shafilea Ahmed, a British Pakistani girl, murdered by her parents in 2003, at the age of 17), which is now circulating the web. In reality it is a fake cover, that readers will not find on newsstands, part of a campaign that reached the goal of raising public awareness about the issue and led to the establishment of Britain’s Lost Women Day, on 14 July: a day to remember the many victims of honour killings. 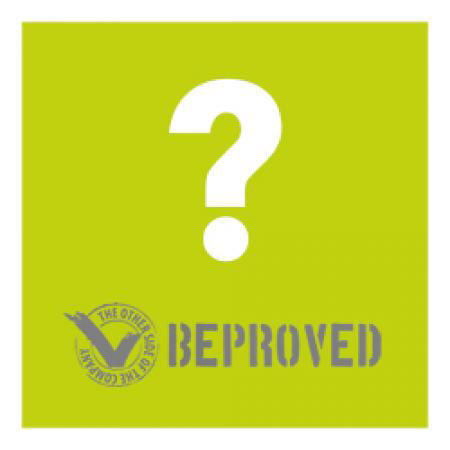 BeProved.com platform – Italy
Launched in beta version on February 16th, BeProved is a platform that stands with the candidates looking for work who, with their resumes and job interviews, tell all about themselves but know very little about the company. The idea for the project came from the personal experience of three young Italian job seekers, tired of supporting expenses and a big load of stress for all the interviews supported, many of them without success and even without a response. BeProved wants to become a portal for effective sharing, in order to collect and provide to members reviews – anonymous and “BeProved”- on companies, directly by those who saw them from the inside. 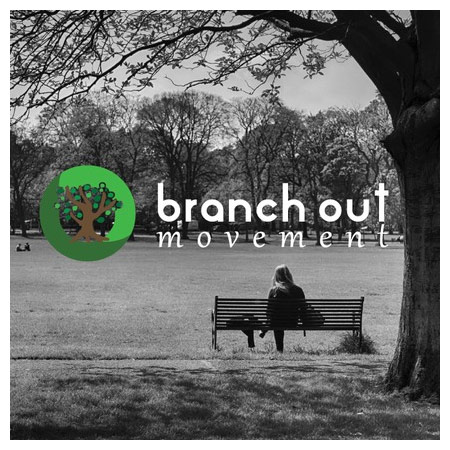 branch out movement project
The increasing role or technology has lead to an accompanying decline in traditional face-to-face communication. branch out movement is taking a different approach, using tech to get people to connect in a traditional manner and to break down the barriers that prevent people from meeting in a real environment. Upon signing up for the movement, users receive a bracelet that serves as a conversation piece, as well as a reminder of their commitment to “re-connect in the real, the physical world”. At the core of the movement are weekly social challenges that members participate in, and then track their progress on a digital dashboard. In the coming months, the movement will present an app that discourages its own use by providing pop ups notifications while people is using their phone to encourage to look around or talk to a stranger.