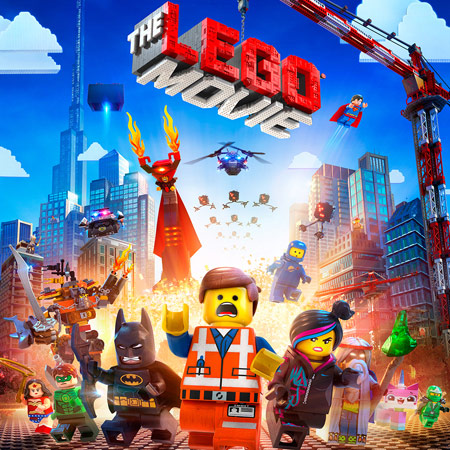 The Lego Movie by Phil Lord and Christopher Miller 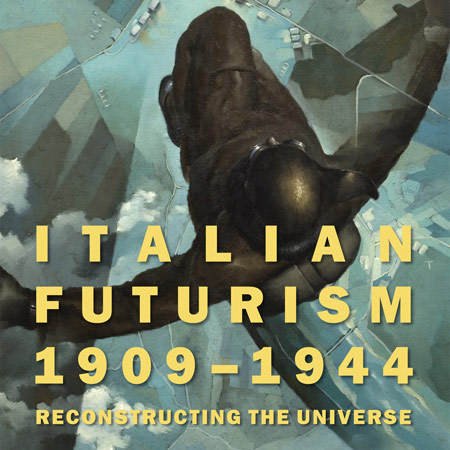 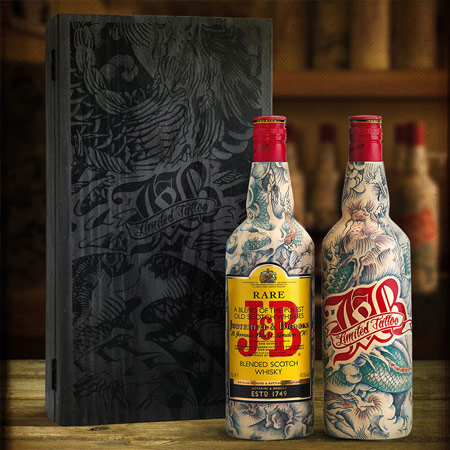 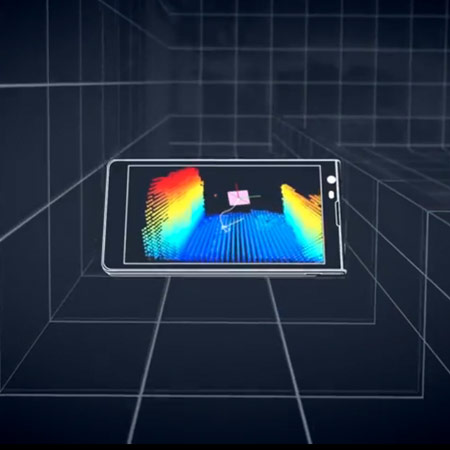 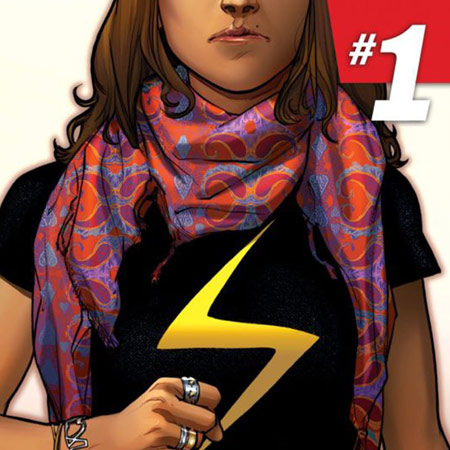 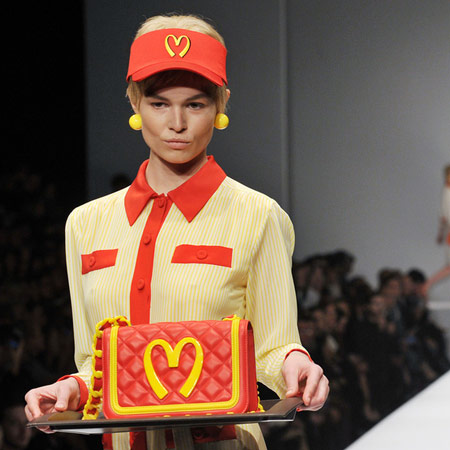 Moschino capsule collection by Jeremy Scott
On February 20, 2014 in Milan the long-awaited first collection of Moschino designed by Jeremy Scott was presented. The clothes on the catwalk were all inspired by consumerism, with clear references to McDonald’s and the fast fashion, declined in a prêt-à-porter dimension. A capsule collection of 10 pieces has been put on sale immediately after the catwalk. A sweatshirt, a dress, a bag, a cover for the iPhone and other objects have become readily available on the official Moschino e-shop and in a selection of shops of the Milanese brand, but also at 10 Corso Como, Colette in Paris, Browns in London and Dover Street Market in London and New York. 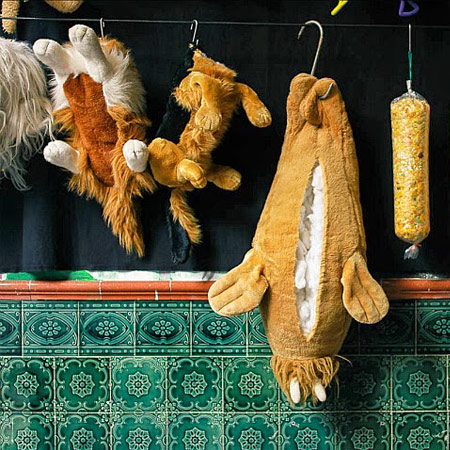 Pop-up teddy bear butcher shop by Miroslav Menschenkind – Hamburg
For his Hamburg exhibit at xpon-art gallery, German artist Miroslav Menschenkind butchers, guts and minces teddy bears and Teletubbies. The exhibit is in the form of a pop-up butcher shop with all sorts of teddy carnage inside, his commentary on the subject of animal slaughtering. The artist’s stuffed animal slaughterhouse confronts observers with the idea of killing animals in a unique and unexpected way. There are decapitated animals strewn about and hanging in front of the shop window, enticing would-be customers to enter the store. 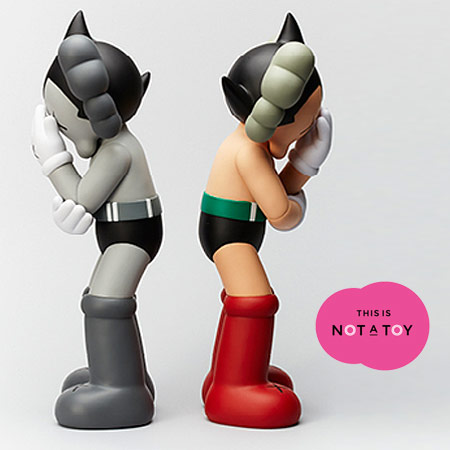 This Is Not A Toy Exhibition – Design Exchange – Toronto
This Is Not A Toy is being billed as “the world’s first large-scale exhibition dedicated to urban vinyl as contemporary art”. On view from February 7th until May 19th at Design Exchange, Toronto’s Design Museum, the exhibition showcases contemporary sculptures, figurines and artworks, exploring toys as a contemporary cultural signifier. Curated by John Wee Tom and DX Associate curator Sara Nickleson, the exhibition has also the famous American singer-songwriter – and much more – Pharrell Williams as Guest curator. He’s really passionate about the genre and the exhibit is a sort of public platform for his tastes and personal works. Visitors will find a lot of references to pop culture, from the figurines of the Beatles and Daft Punk, to the outlandish interpretations of iconic characters like Mickey Mouse. “The beauty of urban vinyl and design in toys is you really don’t need any background or familiarity with art at all,” said Wee Tom. 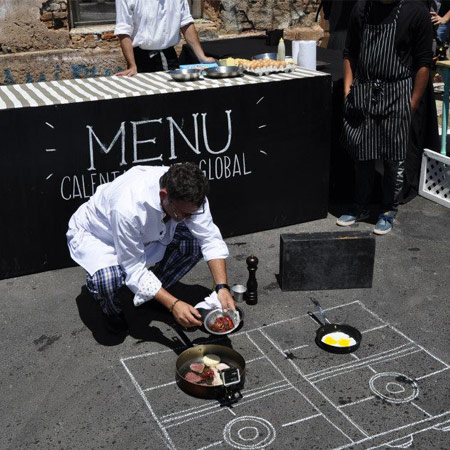 Global Warming Menu – Asuncìon – Paraguay
Paraguay has lost 80% of its forests over the past 50 years. As such, Asunción, its capital, is one of the hottest in the world. To get the word out about the climate change, the WWF and the Agency Oniria\TBWA held an event where chef Rodolfo Angenscheidt served up lunch that was cooked on hot asphalt. A couple of eggs, meat and the skill of a the chef and hot asphalt made the Global Warming Menu possible in order to generate awareness on the intense heat being registered, especially about the causes of it and the possible solutions. The action aims to draw people’s attention to one of the most important issues of current Paraguay: the high rates of deforestation in the recent years. “We needed something impactful to bring attention to this very serious matter. And it is working” said Camilo Guanes, CEO of Oniria\TBWA. 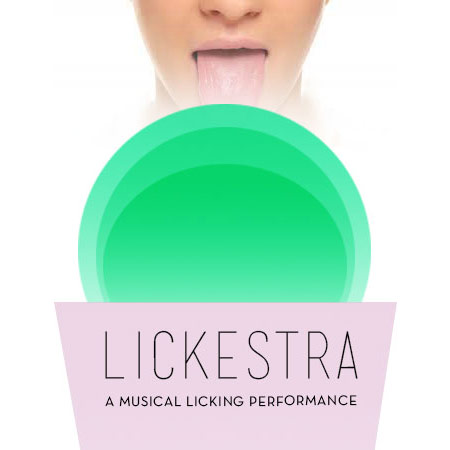 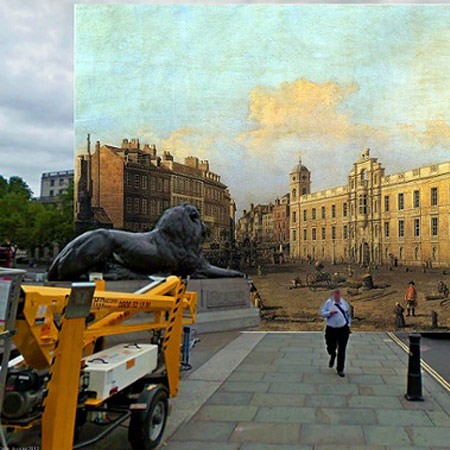 18th-century London paintings meet Google Street View by Halley Docherty – London
Reddit user Halley Docherty, aka shystone, recently mashed up paintings of London from the 18th and 19th centuries with their modern-day settings in Google Street View, offering clever insight into how much (or little) London has changed. Some tourist attractions and common features that feel old today, like Covent Garden marketplace, did not even exist. The results encompass several popular landmarks, including Westminster Abbey and the River Thames. While most of the paintings used by shystone were illustrated by artist Canaletto, there are also a few other British artists who have created classic paintings out of London’s architectural beauty. 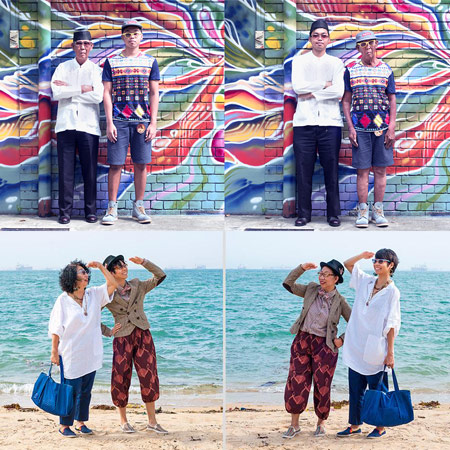 Spring-Autumn Project by Qozop
The social and cultural characteristics of a people, is also expressed in the way they dress, but this varies according to age and sex. The photographic project of the Asian artist Qozop, aims to tell these differences through a game of role reversal and complicity between different generations. In the project entitled Spring-Autumn, the photographer has portrayed two generations of the same family (mothers and children, grandparents and grandchildren) in a shot before and after exchanging their neutral dresses and poses. The result is surprising and invites us to reflect on the influence of what you wear in social conventions. 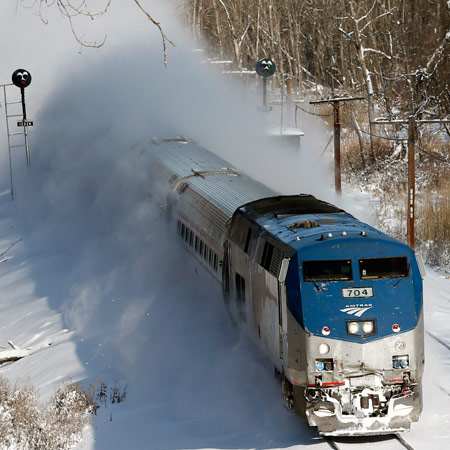 Trains as writers residence by Amtrak – United States
The writer Alexander Chee said that the perfect place for his writing was on a train, hoping that Amtrak make available its convoys as artist residencies. The appeal, re-launched with a tweet by writer Jessica Gross was collected from the social media team of Amtrak, who offered her the chance to travel for free between New York and Chicago, and to write his story in The Paris Review webpage. In the following days after publication, this experimental project, under the hashtag #AmtrakResidency quickly reached the 21000 mentions, and received applications from hundreds of writers willing to replicate the Jessica Gross experience. 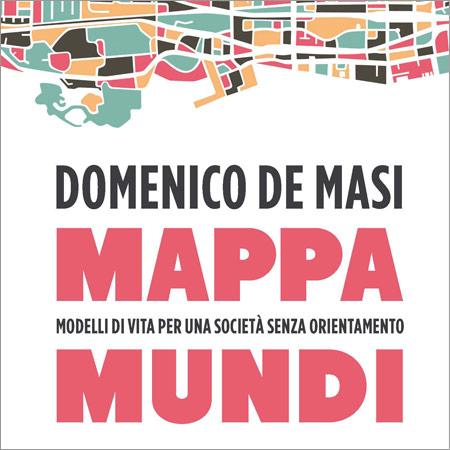 Mappa Mundi book by Domenico De Masi
The new book by sociologist Domenico De Masi, is inspired by the idea that actually people of all societies in the world, without differences of ages and genres, are deeply unhappy because they are disoriented about their core values and the lack of shared religious or spiritual reference points. He assumes that our society have been created without an ideological model: that is a very different process, compared to those of the past,. De Masi thinks that the intellectual role is now to reconstruct these models, through new maps of values, as a modern social cartographer. That would be useful for the present. In the book Mappa Mundi the sociologist wrote about 15 models, including the Japanese, Chinese, Muslim and Protestant. 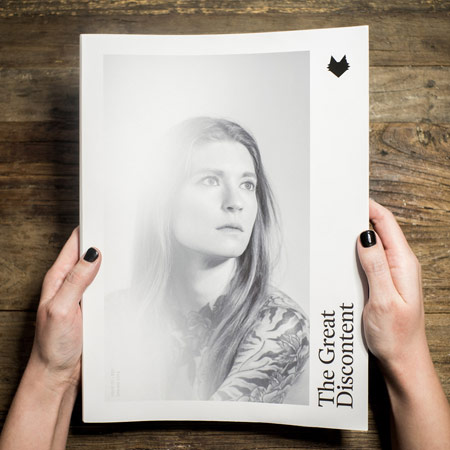 The Great Discontent: from digital to paper
The Great Discontent (TGD) is a digital magazine, created by Ryan and Tina Essmaker and launched in August 2011. Since then, TGD published 120 long-form interviews with individuals from a variety of creative disciplines, creating a large international community of followers and fans. Each interview focuses on beginnings, creativity, and risk. Through a Kickstarter campaign, Ryan and Tina have reached the goal of transforming the digital publication into an actual paper magazine, following the rising global trend of high-quality printed magazines. It will be a full color piece around 240 pages and will feature 15 interviews with individuals who have also taken leaps, including Sara Blake, Scott and Vik Harrison, James Victore, Zack Arias, Elle Luna, Ike Edeani, Debbie Millman, Joshua Davis. Some interviews were chosen by the readers.