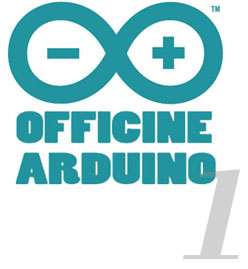 Officine Arduino – Torino
On the 17th of February in Torino a new kind of company opened its doors. Officine Arduino is an “office” dedicated to further the development of the platform and open source hardware. Arduino will act as an “incubator” to empower the concrete production of innovative projects, through the free use of sophisticated machines which are able to realise specific prototypes. “We wanted to see what comes out when you connect open source hardware and software, digital fabrication, maker culture, hands-on learning, open design, alternative business models, co-working and a great community”, say Massimo Banzi and Gianluca Martino, the inventors of open source software Arduino in 2004 and now founders of Officine Arduino. 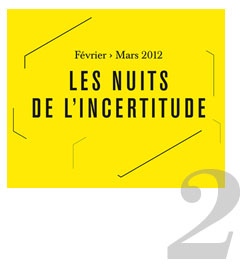 Nights of Uncertainty – Fondation Cartier – Paris
Nights of Uncertainty, at the Fondation Cartier pour l’Art Contemporaine, is a series of encounters open to all – novices, seekers, initiates – designed to continue the experience of the “sudden change of scenery” offered by the Mathematics, a beautiful elsewhere exhibition. Uncertainty is at the core of these evening events which approach mathematics obliquely through music, finance, and cosmology. Each event, from the 3rd of February to the 15th of March, is an occasion to improve, share and celebrate specific, thus transversal, subject. The titles are: Mathematics for Kids, Hyperbolique; Harmonies; Randomness and The Big Night. 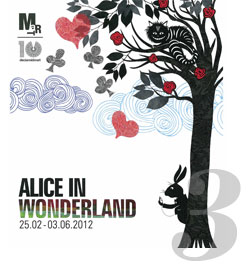 Alice in Wonderland Exhibit – Mart – Rovereto – Italy
At Mart in Rovereto one can find Alice in Wonderland, an exhibition in collaboration with the Tate Liverpool, that for the first time and in a complete way analyzes the influence that the famous Lewis Carroll tale has exerted on the world of visual arts. An exhibition that starts from the original manuscript by the English writer, written in 1864, of which the author personally supervised the illustrations. Through drawings, paintings, photographs, posters and objects of everyday life, the exhibition recounts the epoch and the work of Carroll, but above all the many influences that this work have played in modern and contemporary artistic culture, from paintings by the surrealist, to pop artists and the protagonists of contemporary art. 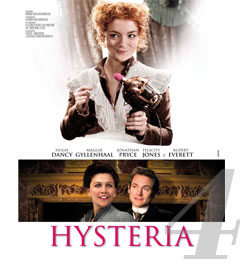 Hysteria by Tanya Wexler
Hysteria is a romantic comedy by Tanya Wexler based on the true story of how Dr. Mortimer Granville devised the invention of the first vibrator in the name of medical science. The brilliant young doctor is looking for a new job. He finds the job at Dr. Dalrymple’s studio, specialized in treating cases of hysteria. Dalrymple is convinced that the cause of the desease is the sexual repression of that ages, and he takes care of “hysterical” women with a shockingly effective therapy: the “hand massage” under the skirts of his patients. Mortimer decides to refine the method of treatment: when his friend Edmund reveals the visionary project of its new electric duster, an irresistible idea occurs to him . 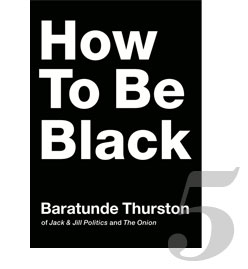 How To Be Black by Baratunde Thurston
Raised by a Pan-Afrikan single mother during the crack years of 1980′s Washington, DC, and educated at Sidwell Friends School and Harvard University Baratunde Thurston – the director of digital at The Onion and the cofounder of Jack & Jill Politics – is the author of the book How To Be Black. “Have you ever been called “too black” or “not black enough”? … Have you ever befriended or worked with a black person? … If you answered yes to any of these questions, this book is for you”. This guidebook offers practical advice on everything from “How to Be The Black Friend” to “How to Be The (Next) Black President”. The result is a humorous, intelligent, and audacious guide that challenges and satirizes the so-called experts, purists, and racists who purport to speak for all black people. With honest storytelling and biting wit, Baratunde plots a path not just to blackness, but one open to anyone interested in simply “how to be.” 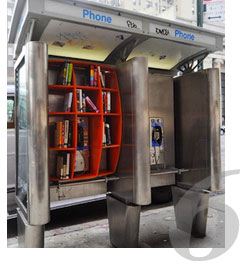 Phone Booths Converted into Libraries – New York
The days of the phone booth may be numbered in New York City: with the flood of smartphones, vandalism and lack of maintenance, it may be time to re-think how else they might be used. Local architect John Locke’s proposition is to convert them into communal libraries, complete with brightly coloured shelving. Locke’s project consists of a machine-cut and assembled plywood shelf, designed with indents to hang securely to the interior of the phone booth without the need for any additional fasteners. The pay phone and all signage remains completely viewable and operable, nestled within the frame of the bookshelf. Installed in Manhattan valley and Morningside Heights, the design is easily replicable in phone booths throughout the city. It’s an interesting experiment, as Locke notes on his website, to observe how people interact, construe and use the library. 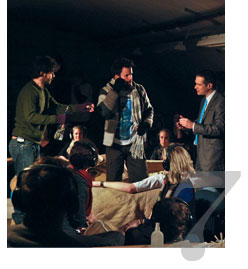 La Bohème Silent Opera – Vault Festival – London
An opera where there is no live orchestra: La Bohème, composed in 1895 by Giacomo Puccini, is staged not in a theater but adapted to the times, as “silent opera” put in scene in an alternative space where once were the underground deposits of the Waterloo station in London. The show performed during the Vault Festival envisions the use of wireless headphones that allow spectators to hear the mix of pre-recorded music (execution by the University of London Symphony Orchestra) and the voice of the singers live in English. The 23 y.old director, Daisy Evans, has launched another challenge: every single change of scene sees the transfer of audience and artists from one room to another. 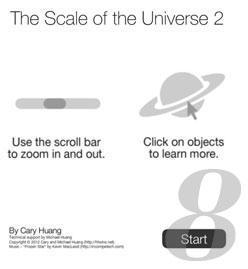 The scale of Universe 2
The Scale of the Universe 2 is an interactive visualization that allows the viewers to move from the infinitely small (10-35 meters) to the infinitely large (9.3 x 1028 meters) simply zooming in and zooming out to display familiar objects (but also unfamiliar scientific entities such as the subatomic particle or the nebula), put in relation to each other in terms of size. The second version of the site, on line from the 2010, has now been released from the two authors and designers, Cary and Michael Huang, still free but revised and upgraded. Each object is is clickable and comes with its own descriptive file. 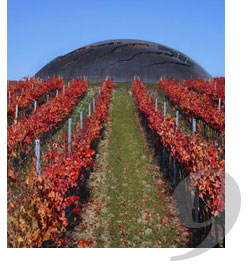 Arnaldo Pomodoro’s Carapace – Montefalco – Italy
The Castelbuono Vineyard, in the heart of Umbria (Italy), was conceived by the Lunelli family for the production of Sagrantino di Montefalco. The Lunelli’s (owners of Ferrari wines) asked Arnaldo Pomodoro to create a cellar that was also a sculpture. The result is the spectacular Carapace, the first large sculpture in the world in which people can live and work. The name comes from the shape that resembles a turtle, symbol of longevity and stability as well as the union between earth and heaven. “Pomodoro has seen in this land things that I have not seen and never shall see,” Marcello Lunelli repeated several times during the press conference. Construction began in 2006 and was completed in early 2012. The Carapace appears as a large copper dome, crossed by cracks that resemble the furrows of the land that surrounds it. 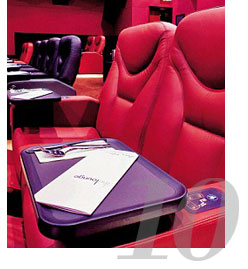 The Lounge at the Odeon Whiteley’s – London
A new venture from Odeon cinemas is now premiering at Whiteleys, a shopping centre in West London, an in-movie “fine-dining” concept that is the first of its kind in Europe. The Lounge doesn’t have traditional cinema snacks in its five, 50 seat theatres instead there is restaurant-quality (finger) food, which can be ordered from a menu devised by chef Rowley Leigh of Le Café Anglais. Opened last month, the entire floor above the existing Odeon has now been turned into a lounge with an enormous bar/restaurant with its own kitchen and head chef and five luxury cinemas. Tickets to movies at The Lounge cost £18. Food and drinks are charged extra, for example a mojito costs £8.50, and main courses are £8 to £14.50. The seats are big, matte-leather recliners possessing an arm-mounted control panel that allows you to call a waiter and the amount of leg-room between the aisles is endless.