The Daily – The first daily news publication created for iPad 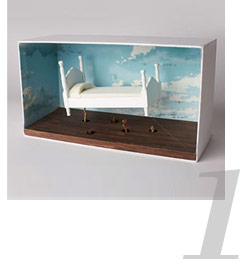 Shoebox Living exhibit – Royal Festival Hall – London
On february 10th there opens in London an exhibition that puts new meaning into the phrase ‘living in a shoebox’. Indeed, many of us city dwellers may feel like our room couldn’t accommodate a swinging cat but take a trip down to Royal Festival Hall for a fascinating insight into the home lives of children living in urban Britain. Shoebox Living is an imaginative exhibition created by the charity Kids Company, an inspiring bunch of people that work with London’s vulnerable children. Kids aged eight to 10 years old were asked to create a scene that represents their room in a shoebox; the 125 pieces with adorable descriptions are both funny and sad in equal measures. 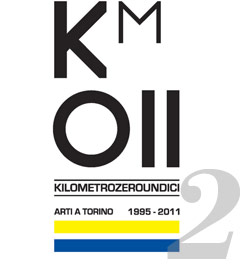 KM011 Arts in Torino 1995-2011 exhibit – Regional Natural Sciences Museum – Torino
Opened on the 11th of February, KM011. Arts in Torino 1995-2011 is a forerunner for a new way of conceiving and realizing art exhibitions. Originating from the sustainable consumption model, related to the short production and distribution chain called “Km 0”, the exhibition is an art review for all Torinese artists, between the ages of 20 and 50. The ones who accompanied the city between 1995 and the present in its transformation from being a big industrial city to become a contemporary cultural capital, with their artworks crossing through the visual arts, architecture, cinema and literature. And all this with a small budget of only 60.000 euros, but certainly not low in terms of quality. This high level exhibition was proposed and designed by Luca Beatrice, an internationally renowned art critic and contemporary art curator. 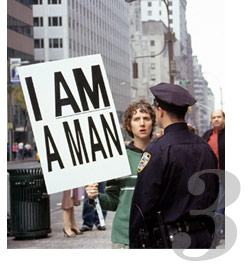 Found in Translation exhibit – Guggenheim Museum – New York
The Guggenheim exhibition “Found in Translation” explores language and translation through video, film, and new media . It brings together eleven works by eleven artists that look to translation as both a model and a metaphor to critically comment on the past and to produce richly imagined possibilities for the present. Delving equally into history and fantasy, the works in the exhibition investigate diverse political and social contexts; language continues throughout to provide the crucial link between the cultures and temporalities they explore. Because language is experienced in real time, Found in Translation concentrates on the time-based mediums of video, film, and 35 mm slide installation, which also allow artists to create immersive environments for their conceptual investigations. 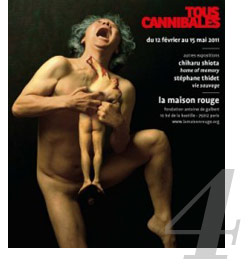 Tout cannibales (We are all cannibals) exhibition – La Maison Rouge – Foundation Antoine de Galbert – Paris
La Maison Rouge is staging the Tous cannibales exhibition on anthropophagy and its representations in contemporary visual art. Jeanette Zwingenberger, the exhibition’s curator, has chosen pieces for the most part by young artists working independently of each other on the concept of incorporation. In an age of cloning, organ transplants and virtual worlds, when the integrity of the body has been thrown into doubt, these artists reveal how perceptions of the body have changed. They take the body apart, transforming and reconstructing it as a hybrid organism; one that both eats and is eaten. Despite being largely ignored by art critics and theorists, anthropophagy is an underlying theme of current creations, as the presence in the show of major artists from the contemporary scene confirms. 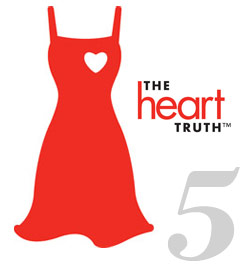 The Heart Truth – USA
The Heart Truth, a national heart disease awareness campaign for women in the USA celebrates its National Wear Red Day on February 4. Millions of people wear red to spread the message “Heart Disease Doesn’t Care What You Wear—It’s The #1 Killer of Women”. In 2002 the organization launched The Red Dress initiative, as the national symbol for women and heart disease awareness. Every February since 2002, The Red Dress comes to life on the runway in New York thanks to support from the fashion industry and celebrity models and on February 9, 2011 the Red Dress Collection 2011 Fashion Show will commence this years Fashion Week at the Lincoln Center. Many of the dresses from the show (from designers like, Matthew Williamson, Zac Posen, Donna Karen, etc.) are available for purchase at Clothes Off Our Back website, and proceeds will benefit the Foundation for the National Institutes of Health. 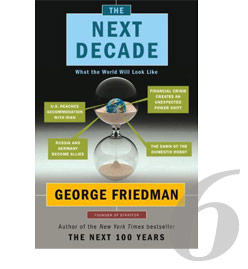 The Next Decade by George Friedman
The author of the acclaimed New York Times bestseller The Next 100 Years now focuses his geopolitical forecasting acumen on the next decade and the imminent events and challenges that will test America and the world, specifically addressing the skills that will be required by the decade’s leaders. The next ten years will be a time of massive transition. The wars in the Islamic world will be subsiding, and terrorism will become something we learn to live with. In The Next Decade, George Friedman offers readers a pro­vocative and endlessly fascinating prognosis for the immedi­ate future. Using Machiavelli’s The Prince as a model, Friedman focuses on the world’s leaders – particularly the American president – and with his trusted geopolitical insight analyzes the complex chess game they will all have to play. 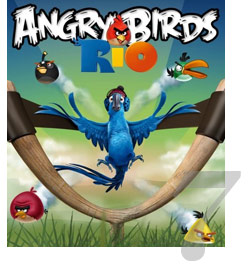 Rio and Angry Birds special Super Bowl ad – USA
The popular videogame Angry Birds got a cameo at Super Bowl on Sunday February 6th, 2011. In the commercial for the upcoming film, Rio, Angry Birds fans were directed to a special hidden egg on level 13-12 of the best-selling mobile phone and iPad game. Fans that unlock the hidden egg have been treated to a Super Bowl-themed secret level. The clue comes at the 26-second mark in the ad for Rio. This is the first stage of a process that will be followed by Rovio’s release of the Angry Bird’s Rio game on the 22nd of March, ahead of the movies release on the 15th of April. 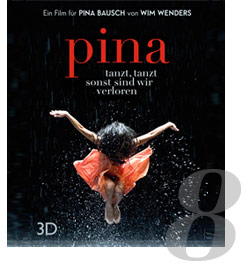 Pina by Wim Wenders
Pina is a film for Pina Bausch that Wim Wenders made as a tribute to the legendary German choreographer who died in the summer of 2009. Shot in 3D with the ensemble of the Tanztheater Wuppertal Pina Bausch the movie had its world premiere at the Berlin Film Festival. Inviting the viewer on a sensual, visually stunning journey of discovery into a new dimension right onto the stage of the legendary ensemble, the film also accompanies the dancers beyond the theatre, into the city and the surrounding industrial landscape of Wuppertal – the place that was the home and centre of Pina Bausch’s creative life for more than 35 years. Wim Wenders first met Pina Bausch in 1985, and that was the start of a long-standing friendship that was to lead eventually to an idea for a joint film project. However, it was only in 2007 when Wenders saw the concert film U2-3D, that the project became clear: 3D that includes the dimension of space was the only way to do it. 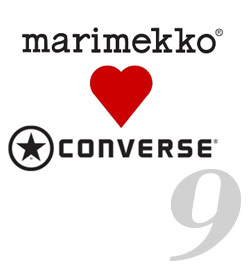 Marimekko and Converse partner for sneakers
Marimekko, the leading Finnish textile and clothing design company and Converse, one of the world’s most iconic lifestyle companies in footwear and apparel, have entered into an agreement whereby Marimekko licenses its emblematic patterns to Converse’s new women’s-specific collection debuting in spring 2011. The collection, entitled Converse Loves Marimekko, features Converse’s most popular shoe silhouettes and the following vibrant Marimekko designs: “Tarha” and “Pikkusuomu” by Annika Rimala, and “Kirppu” by Maija and Kristina Isola. “We are excited about partnering with such an inspiring and iconic company as Converse. This enriching collaboration brings together two brands that both have a distinctive idiom and a unique heritage. The two companies have always walked their own path, and we also share the same unpretentious and joyful approach to life. We hope that this positive attitude will be transmitted to the people who will be sporting the Converses in the vibrant Marimekko designs,” says Minna Kemell-Kutvonen, Creative Director of Marimekko. 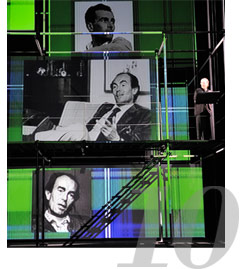 Mani grandi, senza fine (Big hands, without end) by Laura Curino – Piccolo Teatro Studio – Milan
On stage on the 11th and 12th February at the Piccolo Teatro Studio, the theatrical play Mani grandi, senza fine (Big hands, without end), anticipated the celebration of the 50th birthday of the Milan International Furniture Fair. The representation concerned the postwar decades that have seen the birth of the great Italian design, featuring Marco Zanuso, Ettore Sottsass, Achille Castiglioni, Vittoriano Viganò, Roberto Menghi and Vico Magistretti. The actress and director, Laura Curino transmitted through her monologue traits, thoughts, habits and anecdotes from the lives of those protagonists, while in the background of the scene were projected period films and photos of these great inventors.