Soldier of Love by Sade 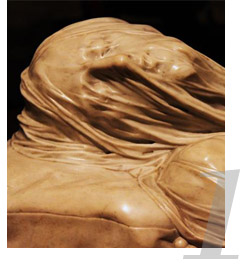 Celebrations of the tercentenary of the Prince of San Severo – Naples
It’s called “Sansevero Lab” the project created by the Notgallery and Alós, and one of the most interesting initiatives proposed as part of celebrations of the tercentenary of the birth of Raimondo di Sangro, prince of Sansevero (Torremaggiore 1710 – Naples 1771). The prince was a writer, editor, first Grand Master of Neapolitan Masonry, but was – more than anything else – a prolific inventor and enterprising patron. The Lab project involves the construction of the about eleven projects of artist, “Sansevero Gadget”, which will produce as many prototypes as a gadget, works of art and design, of illustration and hyper technology. Will be challenged authors from different generations and techniques by tapping the invention, the irony, wit and originality. In February, the is planned a busy schedule of exhibitions, concerts and conferences to celebrate the birth of this character who in the history of Naples has left the greatest legacy of mystery. 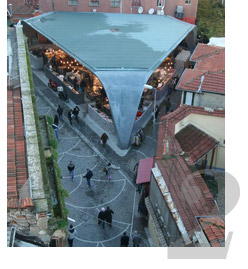 Besiktas fish market by GAD – Istanbul
GAD (Global Architecture Development) has designed a fish market in Besiktas, Istanbul, situated in an eclectic area with a village-like atmosphere that is in the process of urban renewal. The Besiktas fish market is located in one of Istanbul’s most populated and diverse neighborhoods, on a triangular site. The construction of the old fish market was in very poor shape and needed to be replaced. The design solution was to maintain its iconic neighborhood presence, while also reaffirming its welcoming feeling. GAD designed a triangular shaped concrete shell covering the entire site with large openings at street level. The concrete shell provides a column-free interior space, optimizing the project’s programmatic needs. 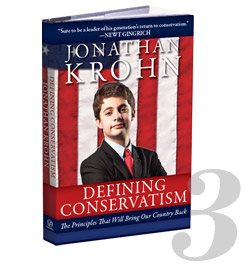 Defining Conservatism: The Principles That Will Bring Our Country Back by Jonathan Krohn – USA
Jonathan Krohn is a fourteen year-old columnist, author, speaker, and political analyst. He is currently a weekly columnist for Human Events and is a regular commentator on Fox Strategy Room. Defining Conservatism is his second book, a passionate appeal to a political movement that is re-examining its identity as Republicans set their sights on 2010 and beyond. He presents conservative philosophy’s basic tenets. This book is a history lesson, a manifesto. In Defining Conservatism, Krohn challenges “government expansionists,” whose faith in Washington and the basic pillars of government exceeds their faith in the individual. At the same time, he stakes out four unshakeable principles for conservatives to rally around: Respect for the Constitution, Respect for human life, Belief in minimalist government, Insistence upon personal responsibility. 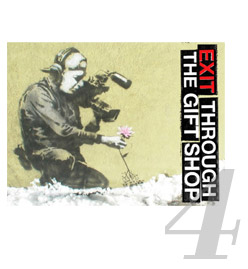 Exit Through The Gift Shop by Bansky – International Film festival – Berlin
Banksy, one of the most celebrated graffiti artists whose real identity is unknown, approaches cinema: a documentary about his work, Exit Through The Gift Shop, was screened, out of competition at the Berlin Film Festival at the end of February. The film, which features the elusive artist hidden in shadows, chronicles Banksy’s friendship with the French videographer Thierry Guetta. It is the first time Banksy has spoken on camera, although he speaks through a voice modifier for the documentary. Narrated by Notting Hill actor Rhys Ifans, Exit Through The Gift Shop recounts Guetta’s desire to become a street artist himself under the pseudonym Mr Brainwash. The film had already received a warm reception when it premiered at the Sundance Film Festival. Banksy has recently gained an international recognition for his graffiti’s and exhibitions, the latest of which drew 300,000 visitors in Bristol. His murals on global warming marked the end of the Copenhagen climate Conference, though recently one of them was half covered by mistake by the Hackney Council in East London. 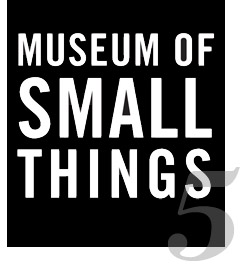 M.O.S.T – Museum Of Small Things – Selfrifges – London
Selfridges Ultralounge, the exhibition space in the lower ground floor of one of the world’s finest department stores, has been transformed in the Museum of Small Things (MOST), in association with POCKO and artist Kit Grover. Renowned for hosting some of the more unconventional events in London, it features this month new works from over 20 artists, encouraging visitors to be inspired by the smallness of things. Objects on show include subtle gems, jelly slogans, deity inspired headgear, all representative of the power of small things. In the pop up shop one can buy small products inspired by the exhibition or even one of the limited edition handbags designed by the Turner Prize winning artist Grayson Perry. 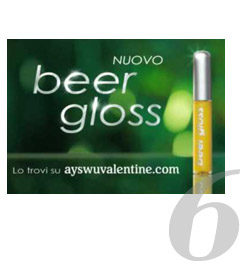 Beer Gloss by Heineken – Italy
Heineken Italy launched a very smart campaign called “Ayswu Valentine” for upcoming Valentine’s Day. Following the idea they really produced a beer flavoured gloss, Beer Gloss, which could make couples happy. The launch was followed by a multimedia campaign that includes a video, press and guerrilla campaign, and cards (also digital, on a dedicated website). The entire marketing action, named “Are you still with us?”, is part of the communication strategy begun in 2009. 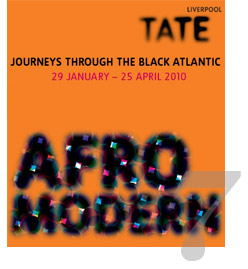 Afro Modern: Journeys through the Black Atlantic – Tate Liverpool – UK
This major exhibition, inspired by Paul Gilroy’s seminal book The Black Atlantic: Modernity and Double Consciousness (1993), identifies a hybrid culture that spans the Atlantic, connecting Africa, North and South America, The Caribbean and Europe. The exhibition held at Tate Liverpool is the first to trace in depth the impact of Black Atlantic culture on Modernism and to reveal how black artists and intellectuals have played a central role in the formation of Modernism from the early twentieth century to today. 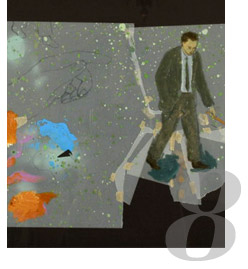 Francis Alÿs: Le Temps du Sommeil – Irish Museum of Modern Art – Dublin
Belgian artist Francis Alÿs is a compulsive wanderer, whose personal explorations of the cities in which he finds himself form the basis for an eclectic body of work. Working with documentary film and photography, video, painting and performance, he compiles a succession of notes and guides, which reflect specific social and economic conditions. A close observer and occasional manipulator of the quirks of everyday life, Alÿs responds to fleeting and contingent circumstances from the view-point of a passer-by, who is at once involved and separate. For his exhibition at IMMA (Irish Museum of Modern Art) Alÿs presents his on-going series Le Temps du Sommeil, which he began in 1996 and which currently comprises over a 100 paintings some being works in progress. 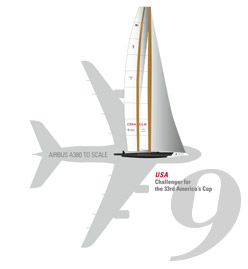 BMW Oracle wing sail – 33° America’s Cup – Valencia
or the victory of challenger BMW Oracle team over the Swiss defender Alinghi the conquest of the America’s Cup, it was crucial the use a technical innovative component. The trimaran USA 17, instead of the mainsail, used a 68 meters high rigid wing designed by collecting experiences both aeronautical and nautical. The part was made of carbon panels and aircraft fabric that once applied to the structure and painted becomes rigid. The wing divided into two sections in the longitudinal direction, the front part replaces the maser and the rear part is divided into nine independent panels. The wing sail is not unprecedented in the nautical field, but never until today had one been made of such an impressive size. 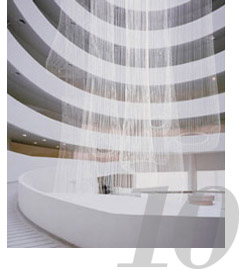 Contemplating the Void: Interventions in the Guggenheim Museum Exhibit – New York
Since its opening in 1959, New York Guggenheim building has served as a challenge to artists and architects to react to its eccentric, organic design. The central void of the rotunda has elicited many unique responses over the years, which have been manifested in both site-specific solo shows and exhibition designs. For the building’s 50th anniversary, the Museum invited nearly two hundred artists, architects, and designers (such as Anish Kapoor, Philippe Rahm, Pipilotti Rist, Daniel Libeskind, Patricia Urquiola and Rachel Whiteread) to imagine their dream interventions in the space for the exhibition Contemplating the Void: Interventions in the Guggenheim Museum. The exhibition it will be on view at the Solomon R. Guggenheim Museum from February 12 to April 28, 2010.