The Crying Light by Antony and the Johnsons

La teta asustada (The Milk of Sorrow) by Claudia Llosa 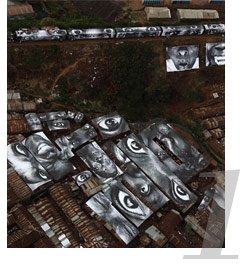 Project “Women” by JR – Kiberia – Kenya
The French street-installation artist JR installed a new piece in Kibera, Kenya – within the largest slums in all of Africa. After more than a year of planning, 2000 square meters of rooftops have been covered with photos of the eyes and faces of the women of Kibera. The material used is water resistant so that the photo itself will protect the fragile houses in the heavy rain season. The train that passes on this line through Kibera at least twice a day has also been covered with eyes from the women that live below it. With the eyes on the train, the bottom half of the their faces have be pasted on corrugated sheets on the slope that leads down from the tracks to the rooftops. 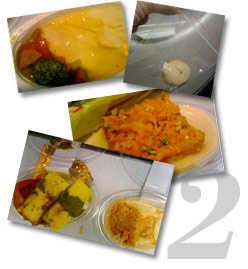 Virgin Atlantic complaint letter – Food Tester
An amusing complaint letter to Virgin Atlantic has been circulating around the web for some time now. After a flight from Mumbai to Heathrow on December 7 last year, a London-based passenger wrote to Sir Richard Branson, the chief executive of the airline, to express his disappointment with the in-flight meals. The letter, which also included five photographs of the “offending” dishes, has been almost universally praised for its pointedness and humour. Sir Richard Branson thanked the author of the letter via a phone call and invited him to the airline’s catering house to help decide on the meals and wines for future Virgin flights. The passenger has not yet confirmed whether he would take up the opportunity. 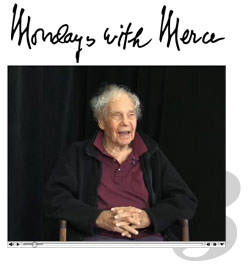 Mondays with Merce
Merce Cunningham and his Dance Company presents Mondays With Merce, an online video program featuring weekly episodes of the almost 90 year old choreographer’s Monday class. Each episode of advanced technique class, is edited and supplemented with interviews with Mr. Cunningham, collaborators like the artists Jasper Johns and Robert Rauschenberg and some of the original dancers from the pieces, and archival material. Widely recognized as the greatest living choreographer, he has been noted for his collaborations with contemporary visual artists and musicians, especially with John Cage, with who he launched a number of radical innovations. The most famous and controversial of these concerned the relationship of dance and music, both of which are time arts. 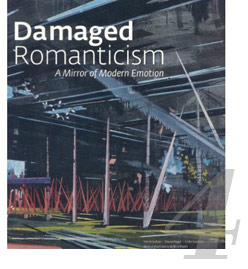 Damaged Romanticism: A Mirror of Modern Emotion exhibition – New York
The exibition Damaged Romanticism: A Mirror of Modern Emotion hits New York in two different museums concurrently, to Grey Art Gallery at New York University and The Parrish Art Museum in Southampton, exploring the new forms of Romanticism in contemporary art. Fifteen internationally recognized contemporary artists, belonging neither to a specific style nor a traditional school, contribute creating the panorama of a new romanticism, very different fron the classic one, with artworks of visual arts, sculpture and installations. In fact, facing the disillusionment and failures of modern life, these artists “paint” a picture of stubborn and concrete optimism, that let us catch a glimpse of hope springing from the present world’s tragedies and sufferings. 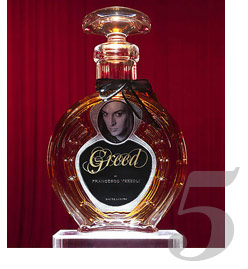 GREED, A New Fragrance by Francesco Vezzoli
Francesco Vezzoli’s latest work (made for Gagosian Gallery in Rome) is a parody of the strategy and aesthetics of a commercial perfume launch. Just as Marcel Duchamp created Belle Haleine: Eau de Voilette in 1921, Vezzoli has created a signature perfume, Greed: the label features Vezzoli in drag, photographed by Francesco Scavullo, where Duchamp appeared on his perfume bottle as Rose Sélavy, photographed by Man Ray. The bottle of perfume is accompanied by a 60-second commercial for the perfume – directed by Roman Polanski and starring Natalie Portman and Michelle Williams – as well as a new series of needlework portraits of leading female figures in art history – including Tamara de Lempicka, Eva Hesse, Leonor Fini – as immortalized endorsements of Vezzoli’s fragrance.. 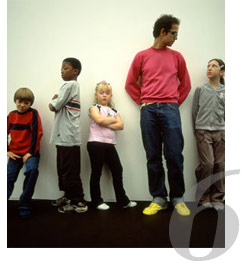 Tino Sehgal – Marianne Goodman Gallery – Paris
The British-German artist Tino Sehgal has developed a radical artistic practice that takes the form of live encounters between people. All Sehgal’s works are “intangible assets” that reside only in the space and time: “constructed situations” whose materials are the human voice, language, movement, and interaction, without the production of physical objects. immerging visitors in bewildering interactive experiences. For his first solo exhibition in Paris, Tino Sehgal will show his most ambitious work to date titled This situation, 2007. An attempt at a contemporary form of history painting, This situation–as all of Sehgal’s work –will manifest itself through a group of people operating with a set of oral instructions conceived by the artist, allowing for individual variation. 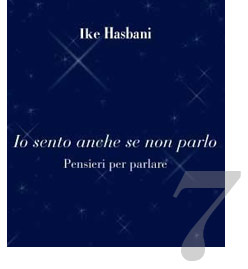 I can hear even if I cannot speak. Thoughts for speaking by Ike Hasbani
This book collects short but profound poems written by a young newcomer poet, with an extraordinary sensitivity, to hear his voice in the world and to share his emotions. At Ike’s ability in literature, which can really surprise the reader, it has to be added – as a background – his personal history and his physical condition. Ike is an autistic boy who does not speak: his poems are his best talent and ability to implement and refine a technique acquired by reading and study, but also his principal tool to talk about himself and share with “everything that is inside and outside himself”. 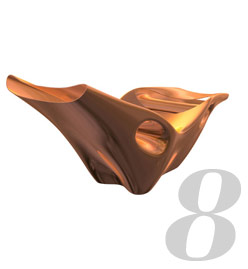 Primordial exhibition by Ross Lovergrove – Istanbul
With Primordial, Ross Lovegrove’s exhibition shown at Galerist, the Istanbul public has a chance to see first-hand a different approach to design that is part of the current worldwide trend where art and design have almost become the same thing. In Primordial, Lovegrove is trying to get at the basics of form and shape through innovative materials and techniques. As the designer himself declares, “I’m an evolutionary biologist, more than a designer. I don’t know what design is anymore, I create form, I understand form and I’m enjoying the digital age to create it.” 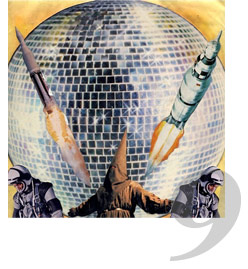 The spirit of Apollo by N.A.S.A.
N.A.S.A., that stands for North America South America, is an ongoing creative collaboration between two lifelong music aficionados, Squeak E. Clean ad DJ Zegon, and their friends. On the 17th of February, N.A.S.A. launched “The Spirit Of Apollo” which tests the boundaries of the universe by dropping brazilian beats fortified by unexpected superstar collaborations from both coasts of the US, including Tom Waits, David Byrne, Ol’ Dirty Bastard and Karen O. The Spirit of Apollo, born with the righteous goal of bringing people together through music and art, attempts to fuse not only two halves of a continent but also first and third world cultures. 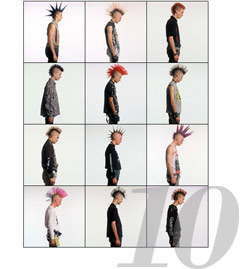 Exactitudes Exhibition – by Ari Versluis and Ellie Uyttenbroek – Rome
The exhibition Exactitudes, presented for the first in Italy is a project made up of a series of multiple portraits realised by the artists Ari Versluis and Ellie Uyttenbroek. Followi g exhibits in Paris, London, Toronto, Buenos Aires, New York and other cities, the exhibition comes to Rome. The artists have entitled this series Exactitudes (taken from the words exact e attitude). The Dutch duo, that have always been interested in “dress codes”, has in fact developed over the last 14 years micro collections on themes organised by time and place. Their collaboration, that started in October of 1994 is inspired by a common interest towards these codes and the different social groups.