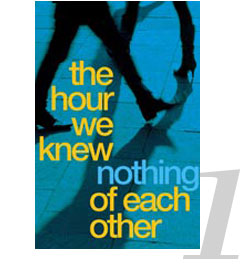 The Hour We Knew Nothing of Each Other – National Theatre – London
The Hour We Knew Nothing of Each Other is the new play on stage at the National Theatre, London: surprising, funny, fast and physical, this is theatre to set the imagination on fire. Twenty-seven actors, 450 characters and no dialogue: a play without words by the great experimental figure of European theatre, Peter Handke. For a moment, a bright, empty town square. And then a figure darts across, and another and another – businesspeople, roller-bladers, a cowboy, several street-sweepers, a halfdressed bride, a film crew, a line of old men, a tourist, a beauty in a mirrored dress, Abraham and Isaac, a family of refugees, a fool – more and more people, the bizarre and the humdrum, fleetingly connected by proximity alone. 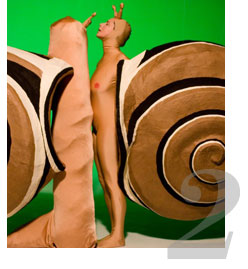 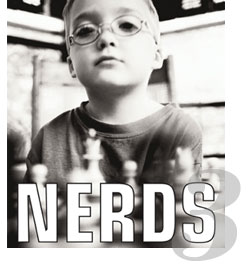 Nerds: Who They Are and Whay We Need More of Them by David Anderegg
Why are American children so terrified to be called “nerds”? What’s wrong on being a nerd? Why nerds are almost exclusively an American phenomenon? In Nerds, family psychotherapist and psychology professor David Anderegg examines why science and engineering have become socially poisonous disciplines, why adults wink at the derision of “nerdy” kids, and what we can do to prepare our children to succeed in an increasingly high-tech world. Nerds takes a measured look at how we think about and why we should rethink “nerds,” examining such topics as nerd cultural markers and their intense interest in things mechanical or technological and science fiction. A lively, thought-provoking book that zeros in on the timely issue of how anti-intellectualism is bad for children and even worse for America. 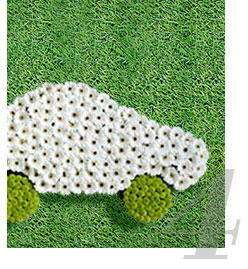 Ecopolis Fleet by Arval – Italy
Arval, the leading vehicle fleet expert in Europe, has recently launched an innovative project: Ecopolis Fleet, a long-term hiring solutions that are aimed at a more aware resource-saving. With Ecopolis Fleet is possible to calculate the carbon-dioxide emissions produced by the car, and to offer consulting about fleet arrangements of low environmental impact. In order to compensate the environmental damage, the company finances tree planting and similar projects that are able to absorb the same amount of CO2 emissions provoked by the use of the car. 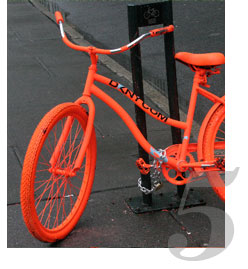 Fashion and bikes
This February bicycles and cyclists have been the protagonists of New York and London Fashion Weeks. Wheels and Heels consisted of a fashion show involving bicycles and independent fashion designers showing bike-friendly clothes that deserve to be on the runway and not run over. During the New York Fashion Week, dozens of brightly orange bicycles have mysteriously appeared all around town, chained to poles and trees. Those who looked closely at the orange bikes found a DKNY logo on the frames. The brand’s aim was to promote bike routes around the city, but the police hauled off bicycles that they said were illegally chained to city property. 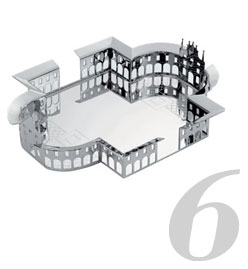 100 piazze by Fabio Novembre for Driade
Fabio Novembre, established designer, accepted to share with Driade his personal imagination as a traveller, creating 100 piazze for the DriadeKosmo line, a very special tray collection. Every tray is a refined in scale representation of some of the most beautiful Italian squares, with the outline of the buildings as the border and with the floor decoration. In the shining reflections of these objects, real jewels made of silver plated brass, you can catch sight of the beauty of places rich in culture and memory, and you can… have a coffee being in the square and at home at the same time! 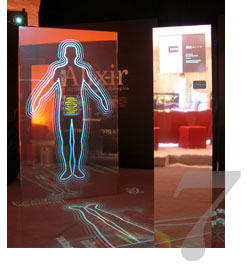 Alixir Food Lounge – Milan
Opened in Milan from February 13th to 29th, according to the logic of a temporary store, Alixir Food Lounge presents the Alixir product line, produced by Barilla for those people who cross their alimentation with a certain healthness. Inside the Food Lounge you can experiment the scientific path to the project, getting a brief personal profile in referring of which a Barilla chef prepares immediately a snack “calibrated” on each ones style in food. There’re many events/conferences where nutritionists or experts of food for active people, but also writers or dj, talk about the theme of “living better”. 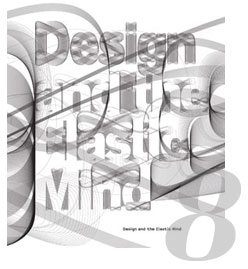 Design and the Elastic Mind – MoMA – New York
MoMA in New York, shows Design and the Elastic Mind, an exhibition about the latest developments in design, and a glimpse into what the future holds. The exhibition is organized by Paola Antonelli, and explores the reciprocal relationship between science and design in the contemporary world, bringing together more than 200 objects, installations, and concepts that marry the most advanced scientific research with attentive considerations of human nature, limitations, habits, and aspirations. The exhibition highlights current examples of successful design translations of disruptive scientific and technological innovations, and reflects on how the figure of the designer has changed from form giver to fundamental interpreter of an extraordinarily dynamic reality. 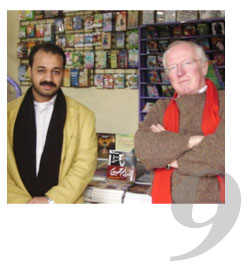 The forged biography of Saddam Hussein – Cairo
When Robert Fisk heard that his biography of Saddam Hussein was selling well, one thing bothered him: he had never written one. The front cover bore a photograph of Saddam Hussein holding a Koran in his right hand. “Saddam Hussein,” the cover said in huge letters. “From Birth to Martyrdom.” And then there was the author’s name Robert Fisk. So there it was, 272 paperback pages on the life and times of the Hitler of Baghdad and selling very well in the Egyptian capital. “Needless to say, I noticed one or two problems with this book. It took a very lenient view of the brutality of Saddam, it didn’t seem to care much about the gassed civilians of Halabja – and it was full of the kind of purple passages which I loathe” Fisk declared. 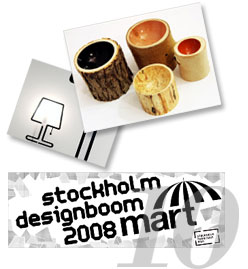 Bring a design souvenir back from Stockholm! – Designboom Mart – Stockholm
At the Stockholm Furniture Fair, open from the 6th to the 10th February, Designboom, held one of its prestigious marts, a group event that saw 35 international young design professionals presenting prototypes and limited edition pieces. The event in Stockholm is the eighth of its kind and was entitled “bring a design souvenir back from stockholm!” giving the opportunity for designers to meet and discuss with customers, manufacturers, distributors and the press their designs. mart visitors were also able to purchase these quirky items for a symbolic price of anywhere between 10 to 100 euros.