Serge Gainsbourg: A Fistful of Gitanes by Sylvie Simmons 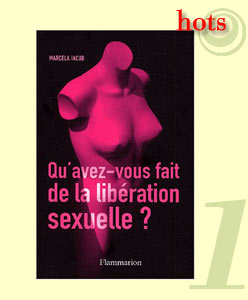 Qu’avez-vous fait de la libération sexuelle? by Marcela Iacub
In this book, the scholar, whose rigorous works have in the past been unanimously appreciated, sweeps away many preconceived ideas, and breaks numerous taboos, starting with prostitution, which she presents as the Çsymbol of a free and pluralist sexuality, words which provoked the anger of many feminists, for whom prostitutes have always represented the woman-object par excellence, victims of male domination and of sexuality reduced to a mere commodity. The Chiennes de garde web-site has posted some very violent attacks that paint Marcela Iacub as a collaborationist. 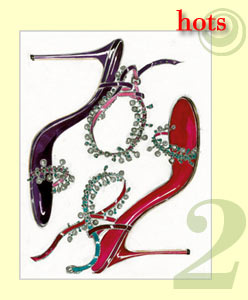 Manolo Blahnik at the Design Museum in London
The best loved shoe designer in the world is on show at London’s Design Museum, from 1st February to 11th May. The show is dedicated to the creations of the Spanish designer, who was born in the Canaries but who lives in London and whose dizzily high heel shoes adorn the feet of the most famous names in Hollywood and the fashion world (including Madonna, Nicole Kidman, Jennifer Aniston, Kate Moss, Naomi Campell). An art student, he has become the “Lord of the heels” after following the advice of the powerful editor of Vogue, Diana Vreeland, who adored his designs. For years now, he has been the ÔguruÕ of the sect of the Manolitas, who are willing to do any and everything to get hold of one of his white boxes. His reputation is born out by the much quoted comment of Madonna: “His shoes are like sex, but they last longer”. 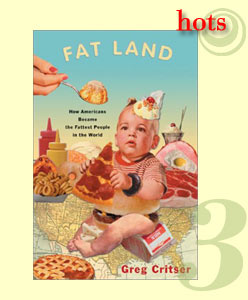 Fat Land. How Americans become the fattest people in the world by Greg Critser
An analysis of the reasons that why the population of the United States has become the fattest in the planet. 61% of Americans are overweight and 20% obese. A phenomenon that has economic and commercial origins as the book explains in a sort of history of the Country’s food and diet: from the invention of the supersize packs of food (popcorn and coca cola), to the invasion of the sweeteners. A criticism of the obesity and the fatness that causes illnesses and deaths as much as other phenomena that have long been combated. 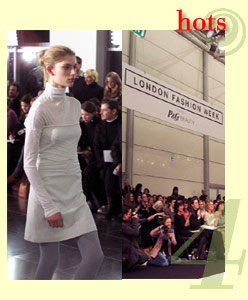 Sophia Kokosalaki at the London Fashion Week
The fashion parade of Sophia Kokosalaki, was one of the successes of the London Fashion Week. This stylist of Greek origin has continued her search, seeking out a new type of basic, formed of simple shapes and essential decorations. In her collection, white, black, sliver and blinding light are predominant, on the catwalk as well. The clothes play with lengths and overlaps and each separate time emphasise the shoulders, the legs or the back. The curved lines mark the body and outlines decorative motifs obtained with simple stitching, padding, superimposition of materials, cuts that describe unusual asymmetries. 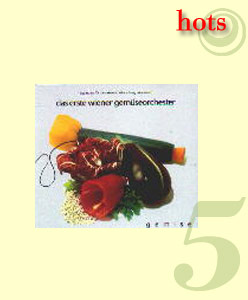 The First Vienna Vegetable Orchestra
The First Viennese Vegetable Orchestra consists exclusively of vegetable-based instruments, although where necessary, additional kitchen utensils such as knives or mixers are employed. This creates an autonomous and totally novel type of sound which cannot be achieved with conventional musical instruments. This music is a playful departure from the conventional way of looking at vegetables as mere means to still an appetite. The instruments are subsequently made into a soup so that the audience can then enjoy them a second time… 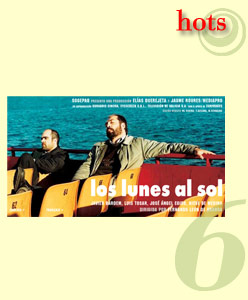 Los lunes al sol by Fernando Leon de Aranoa
Fernando Leon de Aranoa is the big winner of the Goya Awards, the Spanish Cinema Award. The young director (34) is considered to be the emerging talent of Spanish cinema. His film Los lunes al sol (Mondays in the sun), is tackling the problem of unemployment and precarious working. The story is placed in the northern coast of Spain and unwraps the thorny issue through the daily life and simple thoughts of a group of men working in the harbour a sunny Monday. The film will represent Spain during the Academy Awards, as a surprise to the international press that up to now favoured Almadovar’s latest film Talk to her. 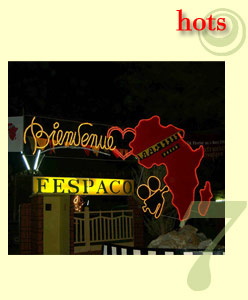 Fespaco in Burkina Faso
A Ouagadougou, the capital of Burkina Faso, the 18th edition of the Fespaco is being held, Festival of the African cinema, one of the most important cultural events on the African continent. Alongside the competition for the short and long films, an exhibition is being held of films from Africa, the West Indies, the Pacific and the African Diaspora. As well as being an important appointment for the creative production of African film writers and directors, the Fespaco also represents an opportunity for reflecting on the African identity, in the light, too, of a “trail” – first outside and then returning to the continent – which over the centuries has created new references and impulses, for the Planet and for Africa itself. 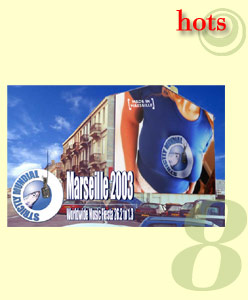 Strictly Mundial in Marseilles
Marseilles, and particularly its port, will be animated for four days by musical stories and rhythmical evocations of life in the Mediterranean. Strictly Mundial is now in its third year and after Saragoza and Salvador de Bahia finds in Marseilles a new point of reference for offering people involved in music from around the world (artists, musicians, Festival directors, record companies, agents, managers,É) a place for presenting their projects and setting free their own song. While maintaining a transnational approach, the programming focuses on the musical creation of the Mediterranean, so as to bring its players together and accelerate its modes of co-operation. Special attention will be given to Algeria, in the year dedicated to it. 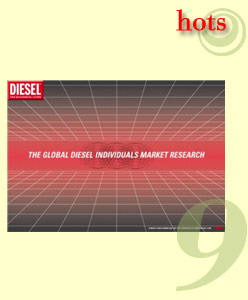 G.D.I.M.R campaign by Diesel
This year too Diesel shows itself to be a surprising innovator in the field of communication. Its whole advertising campaign hinges around the data supplied by an imaginary research, The Global Diesel Individuals Market Research. The graphics of the pages and of the advertising hoardings are elementary and somewhat unpleasant, just like the presentations of the most boring researches. From Diesel’s web-site you can download a file presenting the research, which functions in every respect as though it were real. The contents are completely crazy from the methodology (microchips hidden inside the previous season’s products) to the results. At a certain point, Renzo Rosso, founder of the brand, states: “I’m 69% convinced that the G.D.I.M.R. will help to make people around the world who wear Diesel even more successful”. 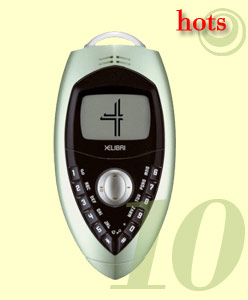 Xelibri by Siemens
Siemens announced a new line of mobile phones named Xelibri. These new devices are meant to be as much fashion accessories as they are mobile phones. Siemens intends to release 4 new Xelibri models 2 times per year to coincide with new fashion lines. This means we will have the Fall/Winter and Spring/Summer Xelibri phone collections. Each design is to only have a 1 year lifespan, ensuring a steady flow of new designs. Siemens also plans to sell these new phones in different channels, such as department stores and clothing shops.