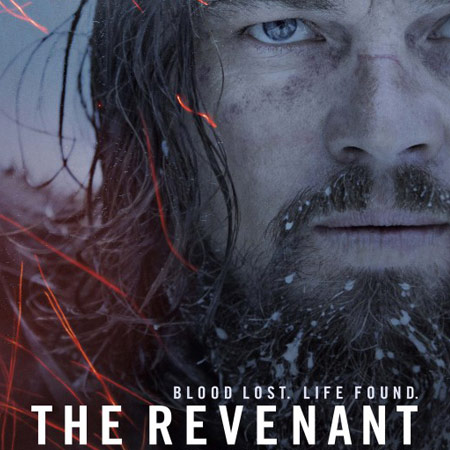 The Revenant by Alejandro González Iñárritu 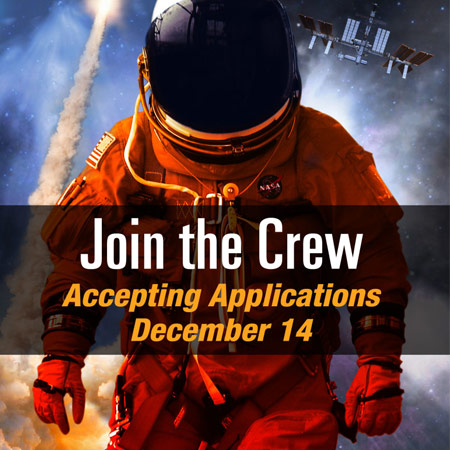 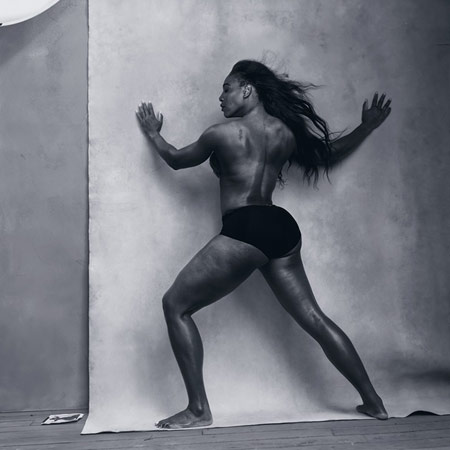 Pirelli – The Cal 2016 by Annie Leibovitz 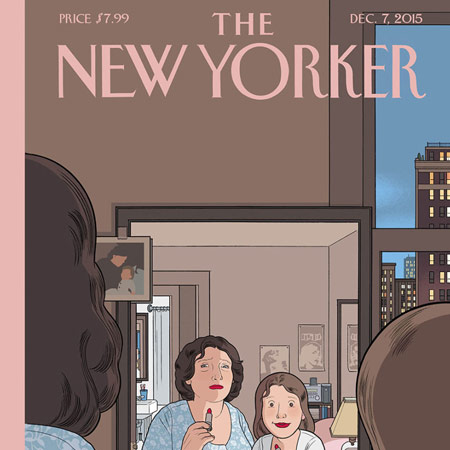 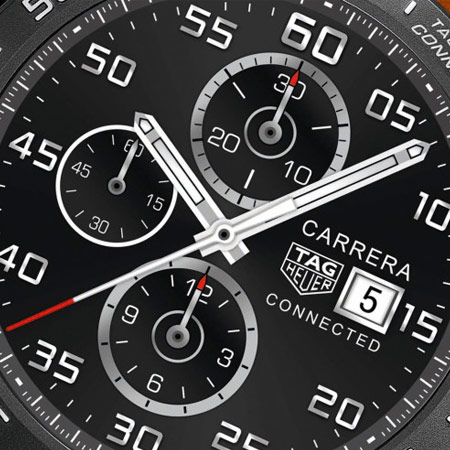 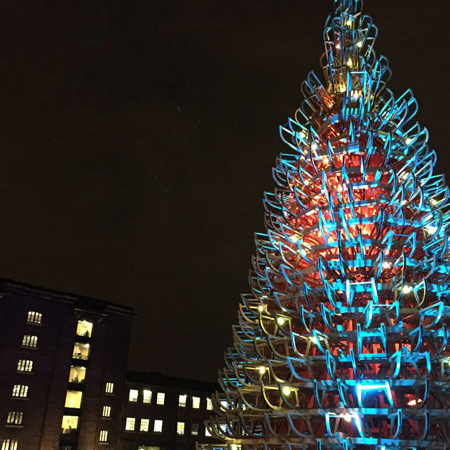 Christmas trees by Hello Wood
On the occasion of Christmas 2015, the company’s timber Hungarian Hello Wood has proposed, for the third consecutive year, an ethical project and beneficial, this year in the cities of London, Manchester and Budapest. The project took the form of the construction of three large Christmas trees designed by as many artists who interpreted the material – wood – in a unique and that at the end of the Christmas season are different and are reused for a variety of causes. In the city of London, for example, it has been installed a large tree made of carefully stacked slides, called ‘let it snow’, which is alive with color, sound and lights. The more than 100 sleds used to build the installation were donated to area schools. “We wanted to create a temporary installation, which is not only spectacular, but with primary elements that remain usable so they can be distributed among kids. for us, this is the point of social awareness: you don’t only show something, but at the same time you give something unique,” comments András Huszár, co-founding architect of Hello Wood. 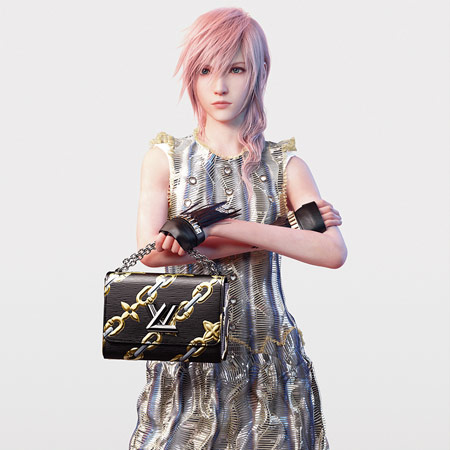 Lightning from Final Fantasy Louis Vuitton’s testimonial
At the end of December, the creative director of Louis Vuitton, Nicolas Ghesquière, announced on Instagram that one of the testimonial of the brand’s new advertising campaign will be Lightning, the protagonist of the saga Final Fantasy games. Final Fantasy was released in 14 official versions and has sold around 100 million copies, becoming the eighth best selling video game in history. The pink-haired virtual heroin, now star of the campaign Louis Vuitton is a figment of the studio Square Enix. Ghesquière said: “it’s the beginning of a new era. She is the avatar of a perfect woman-heroine in a global world where social networks and communications are inextricably intertwined with our lives. It ‘also the symbol of a new painting process“. 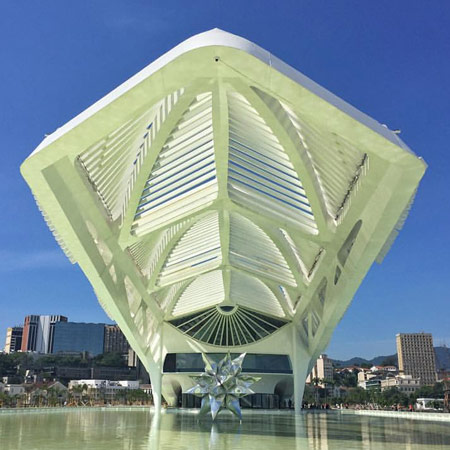 The Museum of Tomorrow by Santiago Calatrava – Rio de janeiro
Designed by Spanish architect Santiago Calatrava, the Museu do Amanhã (the Museum of Tomorrow) opens its doors in Rio de Janeiro’s burgeoning Puerto Maravilha neighborhood. Conceived as an innovative cultural space addressing the future of the planet, the design of the museum is influenced by local culture and, through its architecture, explores the relationship between the city and the natural environment. The institution includes 5.000 square meters of temporary and permanent exhibition space, as well as a 7.600 square meter plaza that wraps around the structure and extends along the dock. The Museum’s exhibits will address issues including: population growth and increased life expectancy, consumption patterns, climate change, genetic engineering and bioethics, the distribution of wealth, technological advances, and changes in biodiversity. The permanent exhibition, curated by physicist and cosmologist Luiz Alberto Oliveira, is articulated in five major areas: Cosmos, Earth, Anthropocene, Tomorrow and Now. 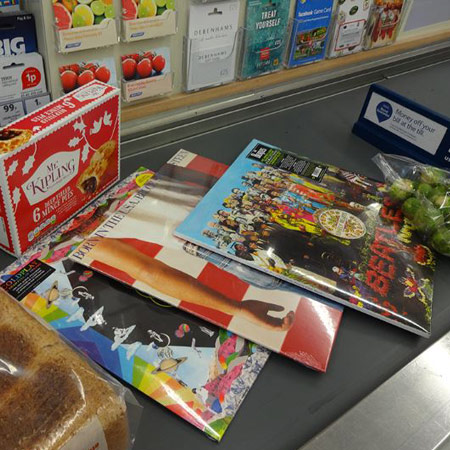 Tesco: Vinyl revival – United Kingdom
UK Supermarket giant Tesco has sent music fans into a spin after announcing it will start selling music albums in vinyl for the first time ever. The major retailer said it would begin selling a range of 20 vinyl albums, costing between £12 to £20, after a trial selling an Iron Maiden record in the summer proved to be an overwhelming success. The store said the move was significant as in the last few years the vinyl album revival has been gaining momentum, with sales up by more than 50 per cent in 2014. After bottoming out at just over 205,000 vinyl albums in 2007, UK sales have grown every year since and in 2014 reached almost 1.3 million – the highest annual total since 1995. 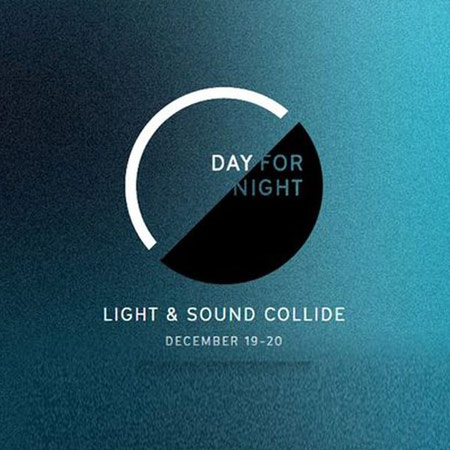 Day for Night Fest – Houston – Texas
“Day for Night is a visually immersive art and music festival that explores and pushes the boundaries of where light and sound collide.” This the presentation on the official website of an experiential arts and music festival featuring digital artists and renowned musicians which acted on December 19 and 20 in Houston. Among the many artists, Day for Night featured Kendrick Lamar, New Order, Philip Glass Ensemble, and Nicholas Jaar. More than 17 visual and interactive installations were custom built on site for the event, employing varying mediums such as light, projection, LED, and sound. Terrific Volume, Nonotak installation. All of the artists were chosen because of their common use of computational media to manipulate light, time, and sound, to drive the audience towards a heightened sensorial experience. 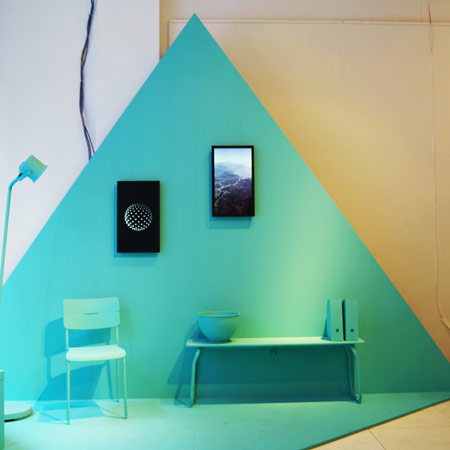 Electric Objects showroom – New York
Electric Objects is a digital art platform using the internet-connected screen EO1, designed specifically for art, capable of playing video, animations, high definition images, or web-based work. Its mission is to put digital art on a wall in every home, affording to digital art the same time and space that we afford to paintings and photography. When you join Electric Objects, you’re invited to download the Electric Objects apps for iOS and Android. With those apps, you can explore thousands of works of art shared by members of the Electric Objects community, or discover original art made exlucisvely for Electric Objects in Art Club. This December Electric Objects opened at New York City the first incarnation of the Electric Objects Showroom, a space in the heart of Soho dedicated to showcasing new works from an amazing group of artists, including collections from artists like Björk, Ai Weiwei, Zach Gage, YACHT, Sabrina Ratte, and others. Visitors to the Showroom also get exclusive access to a limited edition handmade wooden frame for EO1. 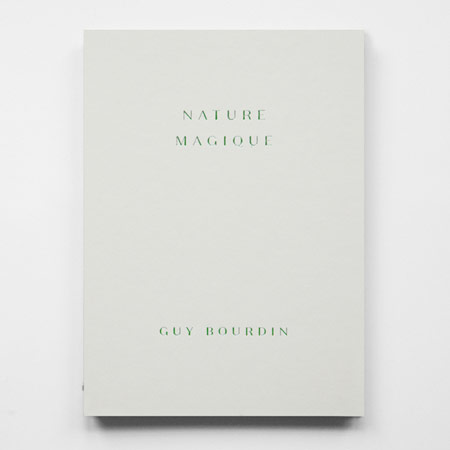 Guy Bourdin exhibition – Fotografiska Museet – Stockholm
With a surrealistic touch, a bit of humour and a radical approach, Guy Bourdin changed the scene of photography. His work broke aesthetic conventions in editorial and advertising, and it’s characterized by a dramatic intensity and relentless perfectionism. Generations of photographers and visual artists from Sarah Moon and Märta Thisner to Inez & Vinoodh, consider Bourdin’s inspiration as a key. The book “Nature Magique” is published in occasion of the exhibition Guy Bourdin, Avant-Garde at Fotografiska Museet in Stockholm, Sweden, which runs from November 27, 2015 to February 21, 2016. The precious publication explores the theme of nature in Bourdin’s work. “Nature Magique” is an edition of 100 and contains 33 images and a print, stamped and numbered by The Guy Bourdin Estate. 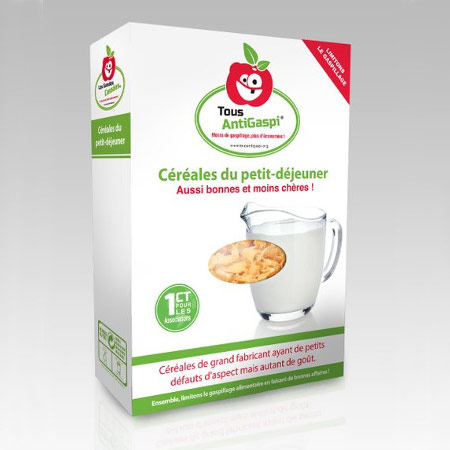 Tous Antigaspi – Anti Waste brand by Carrefour – France
France supermarket chains are searching for practical solutions to food waste: Carrefour’s chain of stores launches in its French supermarkets products named with the brand Tous AntiGaspi (Everything Anti-waste). These products damaged by accidents during production, are nutritionally identical to those with regular shapes. Tous AntiGaspi products must ensure precise characteristics that make them very similar to products commonly found on the shelf: same recipe and same safety in production. These products are sold with a 30% discount. Carrefour choose products that would otherwise be discarded and can not be reused instead. The Les Gueules cassées association, committed against food waste, helped developing the project. The cereals for breakfast are the first branded Tous AntiGaspi products, sold in some stores in the Northeast area. 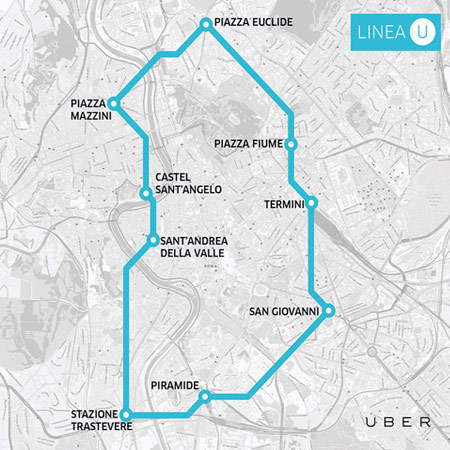 Uber “Linea U” – Rome
After having challenged the world of taxi drivers, Uber directly addresses the public transport system. The line Linea U (U Line) is a transport service on demand. “Linea U” was operating in Rome from 8 to 20 December 2015. The new service connected 9 fixed points of the city, poorly served by public transport, at a cost of 5 Euro per ride. “With Linea U we want to offer the city a new popular and affordable product, another alternative to public transport – says the country manager of Uber Carlo Tursi -. In short, what we care about is that everyone can choose how to move without necessarily being forced to spend hours stuck in traffic or looking for parking.” The cars and the vans could be called via the Uber app and the ride could be shared among different users, down to a minimum of 1.45 Euro, less than a bus ticket. 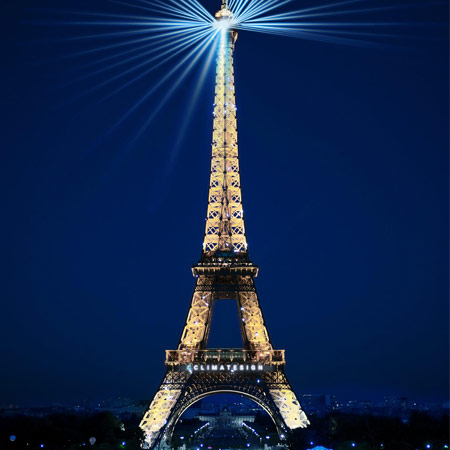 Human Energy installation by Yann Toma – COP21 – Paris
French artist Yann Toma, in association with the ARTEL design studio, transformed the Eiffel Tower into an immense energy antenna, each night from December 6-12. Using virtual energy generated by the actions of hundreds of millions people worldwide, it has been a powerful artistic statement that we can unite to deal with the climate crisis. The Human Energy installation is the largest ever virtual energy generator, involving hundreds of millions of people worldwide, everyday. A counter displayed the physical calorie count of 75 million daily users of Runtastic. It also measured the volume of tweets generated live during COP21. The energy displayed in the counter has been released into the art installation, lighting 24 moving beams at the top of the Tower, transforming it into a living symbol.