The Iron Lady by Phyllida Lloyd 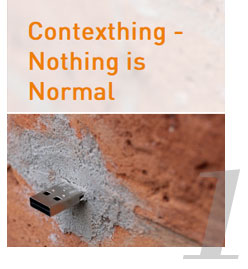 Contexthing: nothing is normal exhibit – Yksi Expo – Eindhoven
Contexthing, inaugurated on the 20th December at the Expo Yksi in Eindhoven, is an unusual exhibition with the aim to investigate our real habits and consolidated values through the objects that surround us. The theme of the exhibition is inspired by the thesis of the philosopher Slavoj Žižek, who argues that the design of the territories and of the products around us reflect the socio-cultural, and sometimes even the political-ideological structures of a country. Designers and artists invite the public to think about the fixed rules and standards of behaviour in order to understand the way in which social conventions are rooted in material culture. 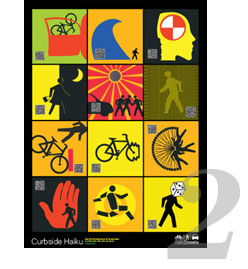 Curbside Haiku road safety campaign – New York
Curbside Haiku is a New York City DOT (Department of Transportation) public safety education campaign recently launched. It features a set of twelve bright, eye-catching designs by artist John Morse that mimic the style of traditional street safety signs. Each sign is accompanied by a haiku poem. The Curbside Haiku installation can be seen citywide on 144 signs promoting road safety. Each design and haiku is designed to warn pedestrians and bikers that they are entering a danger zone. In many locations, the haikus are embedded in a QR code on the sign and are readable using smartphone apps, making the safety messages interactive and fun to discover. 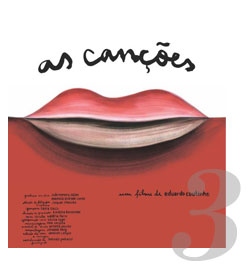 As Canções (The Songs), a documentary-film by Eduardo Coutinho – Brasil
“Is there a song that defines your life?” This announcement was brought directly to the streets, hills and beaches of Rio de Janerio, published in newspapers, and transmitted over the internet, inviting people to join together in song and unite together in front of a camera in order to give life to a film. This project of bringing to life “As Canções” (the Songs) is from Brasilian director Eduardo Coutinho. It is a documentary film, through which the profound impact of music emerges, seen as a nucleus in which emotions are crystallized. Songs are seen as metaphors that have more than one meaning, as vital moments in the affective memory of the people. In particular in Brasil, Coutinho affirms, cultural dynamics are expressed more through music than any other creative form. 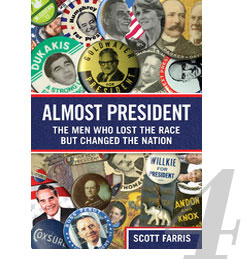 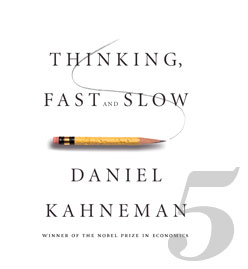 Thinking, Fast and Slow by Daniel Kahneman
Daniel Kahneman, rewarded the Nobel Prize in Economic Sciences for his work in psychology that challenged the rational model of judgment and decision making, is one of the most important thinkers. In Thinking, Fast and Slow, Kahneman takes us on a groundbreaking tour of the mind and explains the two systems that drive the way we think. System 1 is fast, intuitive, and emotional; System 2 is slower, more deliberative, and more logical. Kahneman exposes the extraordinary capabilities – and also the faults and biases – of fast thinking, and reveals the pervasive influence of intuitive impressions on our thoughts and behaviour. Kahneman reveals where we can and cannot trust our intuitions and how we can tap into the benefits of slow thinking. He offers practical and enlightening insights into how choices are made in both our business and our personal lives and how we can use different techniques to guard against the mental glitches that often get us into trouble. 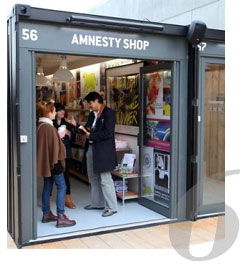 Amnesty store – Boxpark Shoreditch – London
For its fiftieth anniversary, Amnesty International has opened its store in London Boxpark in Shoreditch, the first shopping center built entirely using recycled containers. The new space has become a place for connoisseurs and enthusiasts, not only where you can find clothing and footwear, but where a living community of new brands was born. A real “container town” where old containers have been repainted in black and white and re-assembled in clusters of two to five floors. The project by Roger Wade, offers a new opportunity for small businesses that otherwise would not have been able to afford high rents. Thus, at low cost and with a significantly reduced environmental impact, small entrepreneurs are able to start a business, one of a kind. 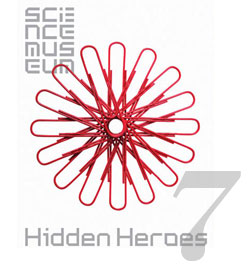 Hidden Heroes: The Genius of Everyday Things exhibit – Science Museum – London
Hidden Heroes: The Genius of Everyday Things is an exhibition about things in daily use that are so commonplace we rarely think about them, including teabags and zips. The Vitra Design Museum and Hi-Cone presents 36 such items – classics that in many instances have remained unaltered for decades – illustrating their history and demonstrating the significance they have had aesthetically, conceptually and economically. On show alongside the objects are their patent specifications, print ads and films. “At a time when celebrity is king, it gives all of us at the museum enormous satisfaction to celebrate the truly uncelebrated,” says Dr Susan Mossman, a materials science specialist who has worked on The Genius of Everyday Things. 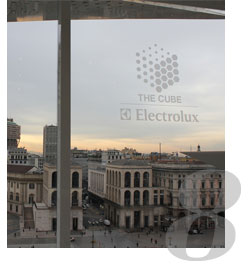 The Cube by Electrolux – Milan
After its first appearance in Brussels, The Cube by Electrolux has “landed” on the top of an old building in Piazza del Duomo in Milan. This temporary restaurant (it will last until the 26th of April, 2012) is designed by Park Associati and can host 18 guest around a single large table. The 150 square meters space features materials such as wood, glass, iron and Corian, joining the Scandinavian design tradition of the Company with innovative solutions, such as a moving table and the open view kitchen, a real stage for the chefs to perform. The food is prepared by a team of award-winning Italian chefs and members of the Jeunes Restaurateurs d’Europe: Marco and Vittorio Colleoni from Ristorante San Martino, Andrea Sarri from Agrodolce, Christian and Manuel Costardi from Ristorante Cinzia. 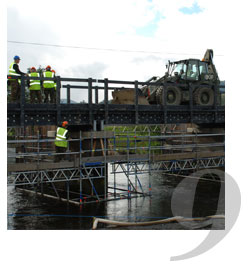 World’s longest recycled bridge – River Tweed – Scotland
European engineers have completed the world’s longest recycled bridge over the River Tweed in Scotland that is made completely from 50 tons of recycled plastic, 30 meters in length and can support weights of up to 44 tons. It is the first thermoplastic bridge to be built in Europe and is the longest plastic bridge ever built. The bridge consists of high-density polyethylene materials, the bridge’s beams are moulded out of a thermoplastic composite made from post-consumer waste. Vertech Composites, the British company behind the project, highlights the re-use of obsolete plastics that would otherwise be burned or sent to landfill sites as the primary environmental benefit of the bridge and that recycled composite plastic provides a more sustainable alternative to existing bridge construction materials and not as likely to degrade as steel, timber and concrete. 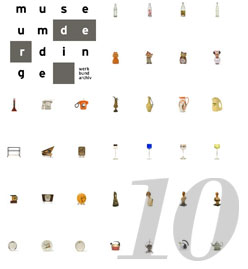 Nurturing things over Christmas – Museum der Dinge – Berlink
At the Museum der Dinge (The Museum of Things) in Berlin it’s possible for everybody to become patron of a single object, to choose among the 200 displayed, representing the 20th century everyday material culture. From design items to the most anonymous and humble ones, from the smallest items to domestic appliances, from the most functional items to definitely kitsch things, all the objects are put together, side by side. By making a donation everybody, alone or in community, becomes patron of the chosen object for an year or more and his or her name will be published on a panel at the Museum and on its website. A symbolic form of patronage that make the museum able to self-finance and offer free entrance to each single patron, a great way of “nurturing things” especially over Christmas.