The Rolling Stone Playlist Issue: 50 Top Musicians on the Music They Love Most 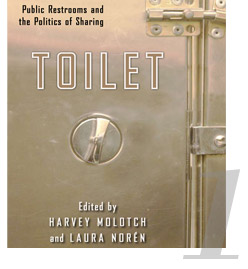 Toilet: Public Restrooms and the Politics of Sharing by Laura Noren and Harvey Molotch
Few analyses better tell the evolution of consumption as that of public toilets. Unique, designed solely for men, at least until to Victorian age, they become for both sexes with the industrial revolution. Today perhaps we are on the threshold of a new revolution that passes through the WC: the unisex public toilet of the future will come to avoid discrimination of gender. An essay published in the United States entitled Toilet: Public Restrooms and the Politics of Sharing, published by New York University trys to order things, summarizing the history and giving an account of new controversy. Professor of sociology Harvey Molotch with Laura Norén collected twelve essays by lawyers, historians, planners, cultural analysts, and deepen their say on public services as well as on private ones. 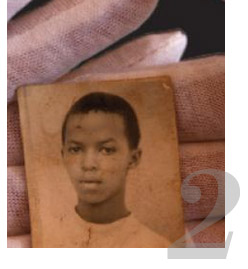 Genocide Archive – Rwanda
Opened in Kigali, inside the Genocide’s Memorial, a digital archive of documents, photos and recordings relating to the 1994 Rwanda genocide that saw 800.000 ethnic Tutsis and moderate Hutus killed in about 100 days: the Genocide Archive. “This centre will serve as testimony to the world of what leadership is able to do in a bad or good way,” Prime Minister Bernard Makuza said at the opening of the facility in Kigali, the capital, today. The Genocide Archive has more than 1.500 audio-visual recordings and 20.000 documents and photographs, according to a statement handed to reporters at the Kigali Genocide Memorial. 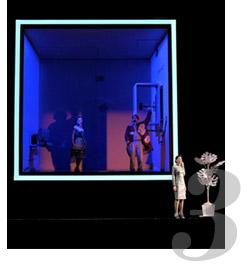 The killer of words – Theatre La Fenice – Venice
Grand Theatre La Fenice in Venice, hosts the world premiere of The killer of words: two acts on a subject of Daniel Pennac and Claudio Ambrosini, This opera is a “ludodramma”, describing a situation that from a light start, takes on tension and gradually becomes darker. The subject of the work is the gradual disappearance of some languages in the world because they have been swallowed up by the most powerful idioms. The inspiration came from a conversation that the composer had with the writer Daniel Pennac: out of this developed the idea of writing an opera around a character who is charged with the task of removing from the official dictionary all the words in disuse so as to leave space for “neologisms”, thereby continuing to maintain in the dictionary the same overall number of words. 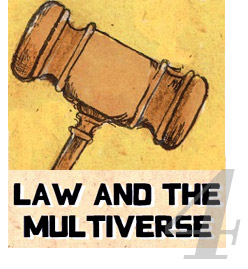 Lawyers of Superheroes – USA
At the start of December, a completly original blog was born, created by two young American lawyers, James Daily and Ryan Davidson. The two lawyers, both fans and experts in comics created Law and the Multiverse: Superheroes, supervillains, and the law. In their blog the two lawyers suggest and analyze the legal implications, the possible disputes and legal consequences of the actions more or less spectacular of the superheroes and their antagonists the so-called “Evil”. Launching themes and collecting suggestions for possible cases while trying to provide solutions and defensive lines. In the first week online the website saw an extraordinary number of hits and the subject seems to excite a growing number of fans. 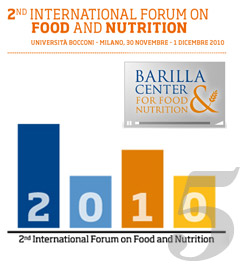 The 2nd International Forum on Food & Nutrition – Milan
The 2nd International Forum on Food & Nutrition has taken place in Milan, at the Università Bocconi, on November 30th and December 1st 2010, organized by the Barilla Center for Food & Nutrition, a real standing think tank created by Barilla in 2009 and composed of experts with different competencies in economics, medicine, nutrition, sociology and the environment, in order to gather knowledge globally, analyse it and propose solutions to negotiate the challenges of the future of food. During this 2nd Forum, the International debate was held on issues such as agri-food resources and environmental sustainability, the role of biotechnologies and the future of food, with the participation of experts the likes of Jeremy Rifkin, Claude Fischler, Raj Patel, Kjell Anders Nordström and Carlo Petrini. 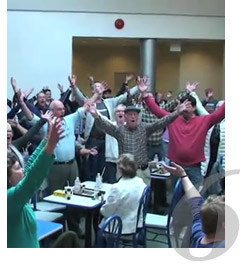 Flashmob at Seaway Mall’s food court – Welland, Ontario
Jennifer Blakeley, the founder of the company Alphabet Photography based in Niagara Falls, Ontario, decided to create a Christmas card for his customers in a very original way. She gathered people from various websites to create a flash mob and create the non-profit Niagara Chorus, consisting of more than 80 singers. They all met in the restaurant area of a shopping centre in Canada and when the music started, they performed Handel’s Hallelujah in front of the stunned consumers. The video is now among the most clicked on the web. After a few days from its being uploaded, in December more than 25 million web surfers had viewed it. A real record for YouTube and the Seaway Mall’s has now been declared, the most famous Mall in the world. 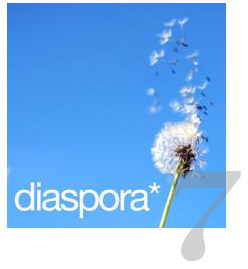 DIASPORA* Social Network consumer alpha released
DIASPORA* is a free personal web server that implements a distributed social networking service. The project is currently under development by Dan Grippi, Maxwell Salzberg, Raphael Sofaer, and Ilya Zhitomirskiy, all students at New York University’s Courant Institute of Mathematical Sciences. The developers of Diaspora all hold a shared vision that of creating and developing an open source social network that allows members to be in control of their personal information, status updates, photographs and other social data. A developer preview was first released on 15 September 2010 followed by a consumer alpha at the end of November by invitation only. 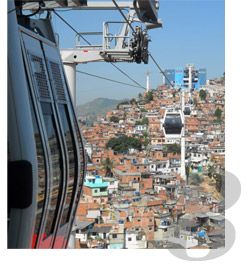 Cable cars are opened in favelas of Complexo do Alemão – Rio de Janeiro
On December 21th, 2010, Rio de Janeiro city concluded one more level for solving the social problem of favelas. There were opened the cable cars that will link the 13 communities of the German Complex in the north zone of the city. The expectation is that the revitalization of the place will result in a new center of culture. During the construction process many locals were hired and stopped working for the drugs trafficking market. Besides the issue of transportation, the prospect of tourism will also bring new jobs and improve the local’s economic situation: a victory against the poverty and the violence of the carioca favelas. 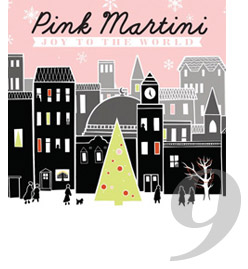 Joy To The World by Pink Martini
Joy To The World is a holiday album with music from around the world. “There are 14 songs on Joy to the World,” says Thomas Lauderdale, “including well-known traditional holiday songs like Irving Berlin’s White Christmas sung by China Forbes in English and by the incredible Saori Yuki (the Barbra Streisand of Japan) in Japanese. With the Pacific Youth Choir and the handbell choir Bells of the Cascades, we recorded Shchedryk, known in English-speaking countries as Carol of the Bells, with the original Ukrainian text. We recorded a Hebrew prayer Elohai N’tzor with Ida Rae Cahana and Ari Shapiro and Patricia Costa Kim. There’s a Chinese New Year song from 1946, a Fela inspired version of We Three Kings, a song in Ladino, Silent Night in the original German, as well as a verse in Arabic and another in English. The album ends with a samba parade of Auld Lang Syne with choruses in English, Arabic and French over the incredible percussion of the Lions of Batucada.” 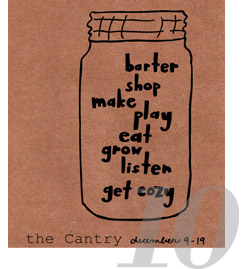 The Cantry: pop-up larder in Echo Park – Los Angeles
From December 9th till the 19th, a group of crafty young women are transforming a coach house in the Echo Park neighborhood of Los Angeles into a larder called ‘The Cantry’, a one-stop trading post for creative, do-it-yourselvers. Those involved call themselves the Pantlers, a word used to describe the servant in charge of the bread and pantry in a large household. Through word of mouth, Facebook posts and the groups website: www.thecantry.com, interested makers of homemade or handmade creams and soaps, canned and pickled goods, drawing, magazines and more, can bring their products to be traded, sold or bartered for, as an exercise in collaboration and exchange.